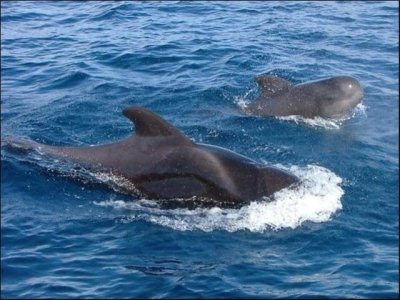 Freebird Catamaran Tenerife half-day boat trip is for those who love to spend time enjoying Whale and Dolphin watching, freebird sailing tenerife along the highest cliffs in Atlantic, swimming or snorkeling by the biggest catamaran in Tenerife.

Tenerife Freebird Catamaran is able to take up to 180 people on board. If you will count it too crowded for you, on board you will be able to buy a place on the sun-bed for 5-10 Euros (depend on the location), so you will have your private space to relax along the trip.

We also offer Free-Of-Charge pickup service from many locations both on the South and North of Tenerife. That means the transportation is included and all what you need to do is just to choose the closest pick-up point to your hotel while booking and be on time there. After the cruise you will have the same transfer back to the same point. It's very convinient for people and families who don't have a rental car or staying more than in a walking distance from marina Puerto Colon.

If you have a rental car, then you can simply choose direct boarding while booking and come by yourself - in marina Puerto Colon there are 2 big parkings and you wouldn't have a problem with parking. Just take some extra 20 minutes to find the right pier appointed in your TripsPoint Voucher and be on time for boarding.

You are starting your Free bird Catamaran Tenerife Boat Trip from the marina Puerto Colon in Costa Adeje and going to the ocean to watch pilot whales - there are hundreds of them living along the coast of Tenerife South.

Initially the catamaran tenerife freebird directing toward La Gomera island to find pilot whales that are residents of Tenerife waters. The catamaran is equipped with modern sonars and thanks to the experienced crew you have practically guaranteed whale watching along the cruise. Sometimes you can also watch dolphins or more rare migratory species of whales. Thans to its enormous size, stability, the crew experience, modern equipment and powerful engines Freebird Catamaran Tenerife is a perfect option expecially for families with children.

The clifffs is a natural attraction by itself to the Masca Bay located between the cliffs. Here you will have swimming stop and lunch time. The food is quite simple - please, remember, it's not a restaurant. Soft drinks and beer is served on board as well - quite big, but limited amount until it finished and it's included to the freebird catamaran tenerife price.

The Freebird Catamaran Tenerife is inexpensive option to see Los Gigantes - the highest cliffs in Atlantic Ocean, to see whales and dolphins and have a fun on board in a nice big company of other people. If you prefer a freebird boat trip tenerife with less people on board then look for more expensive private charters, shared charters or at least for a boat trip by smaller boat.

The Freebird cruise tenerife is also good option for those who prefer huge and extremely stable catamaran like Freebird catamaran Tenerife. 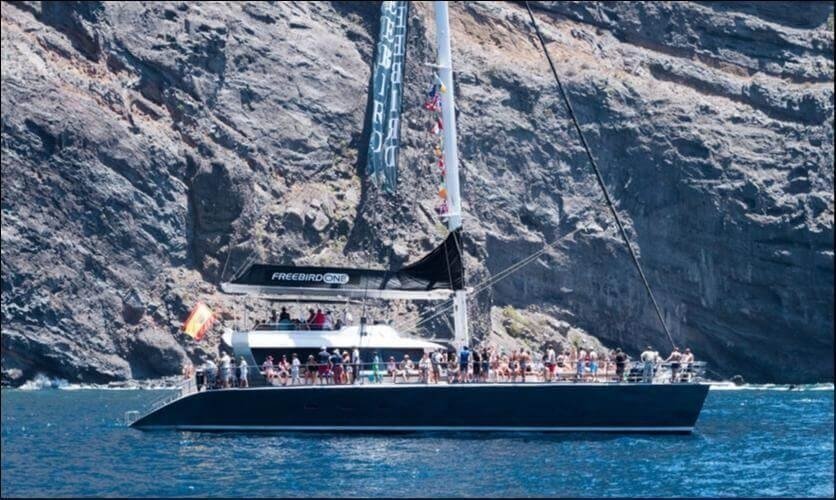 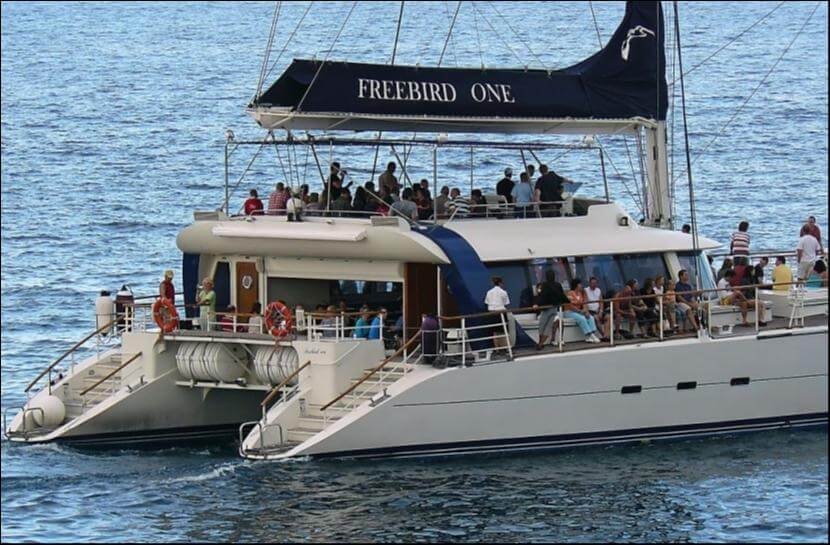 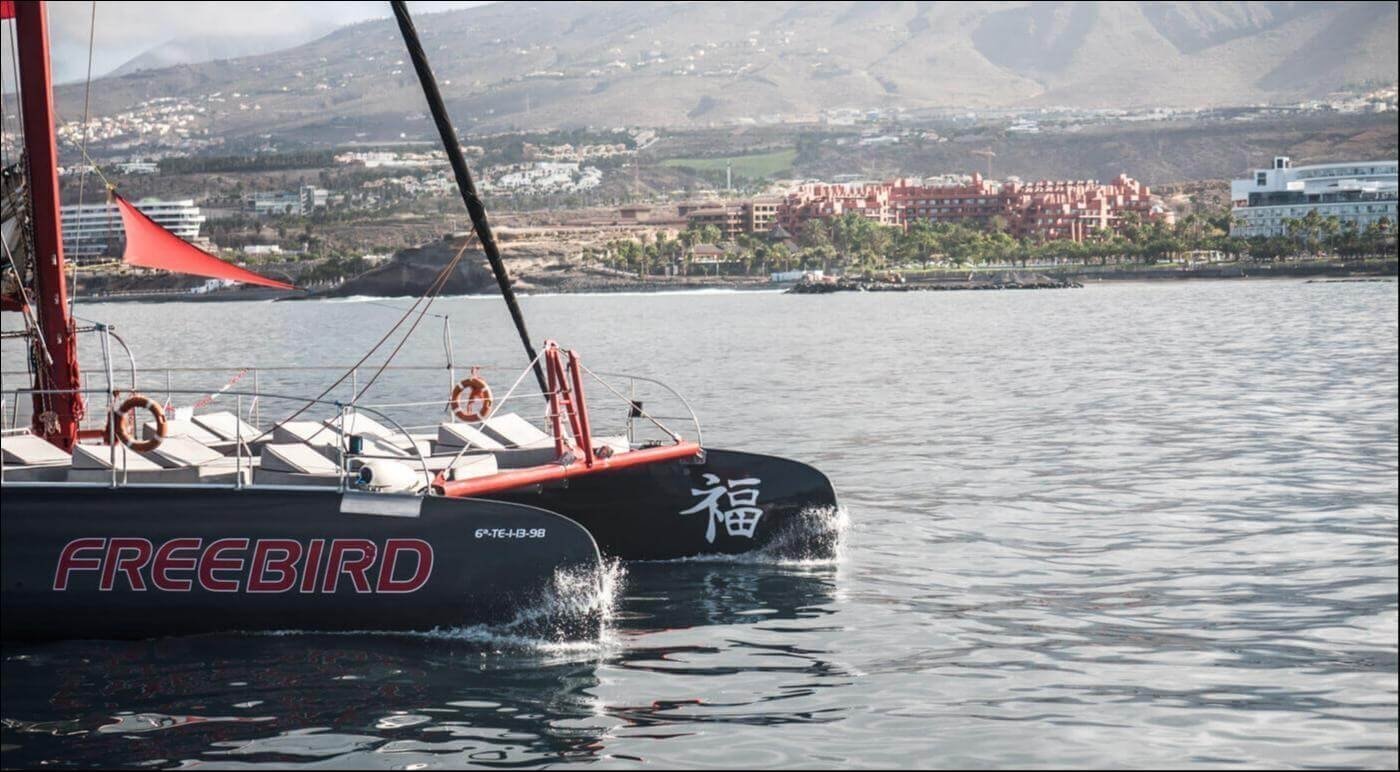 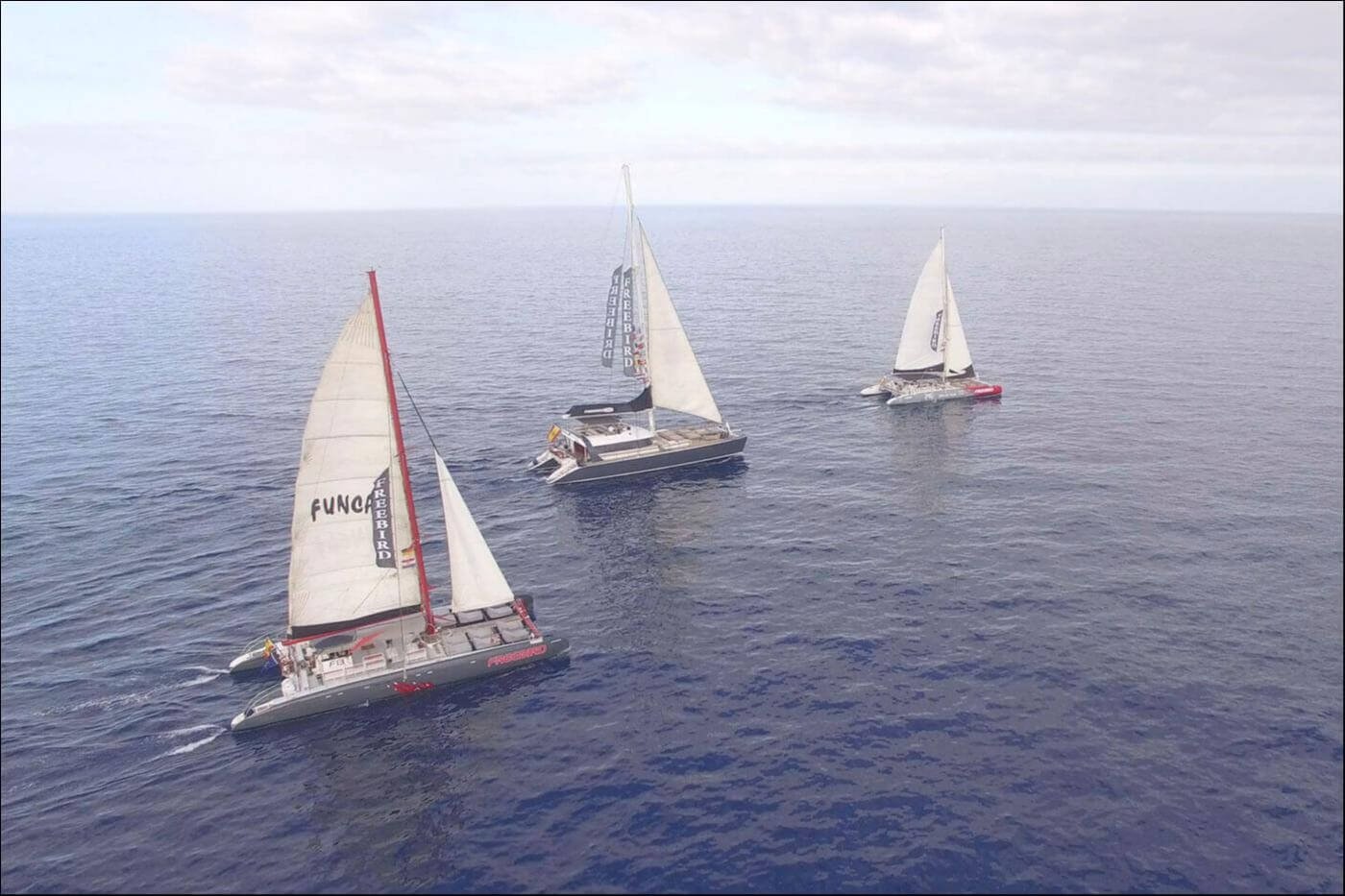 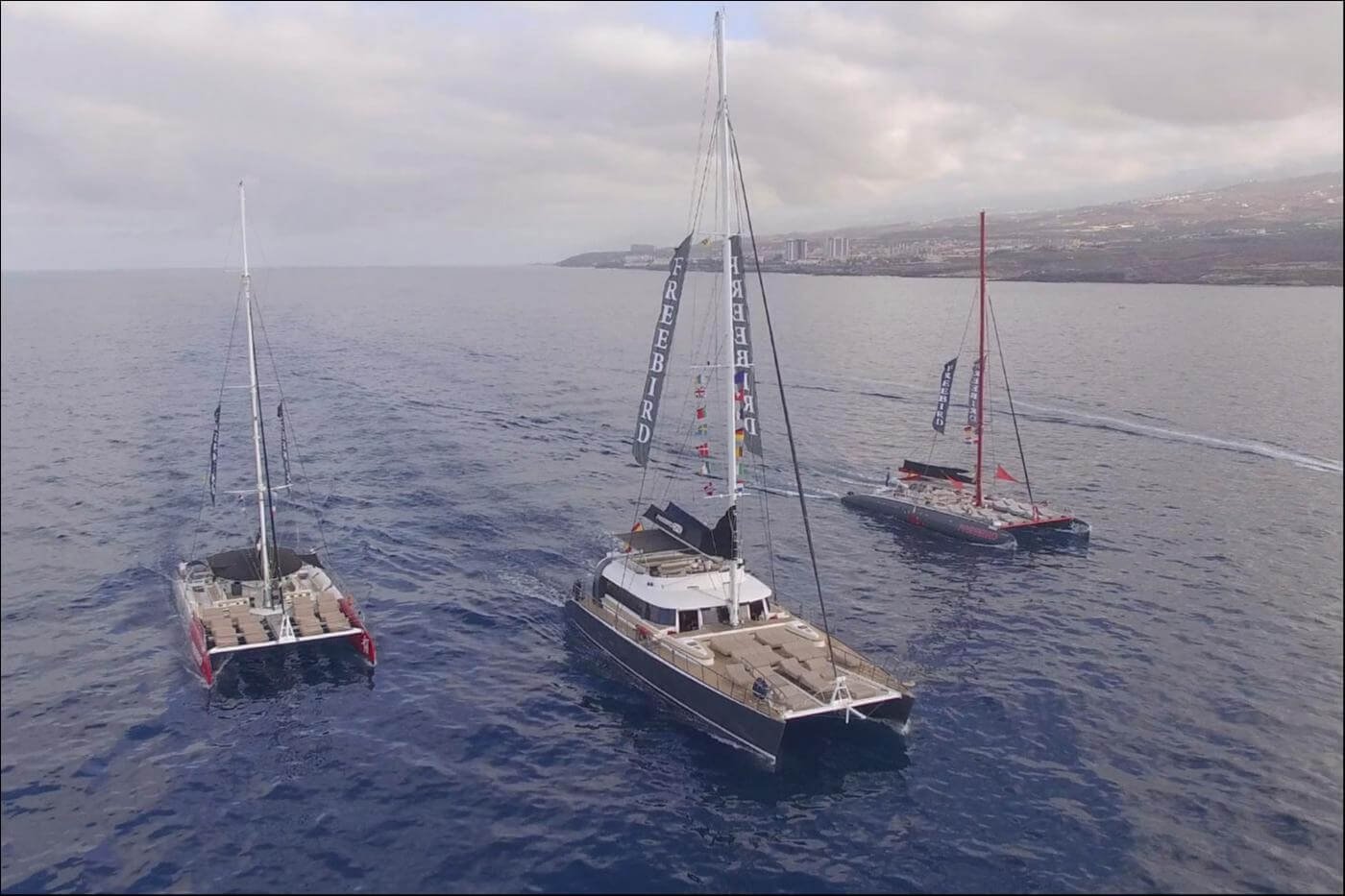 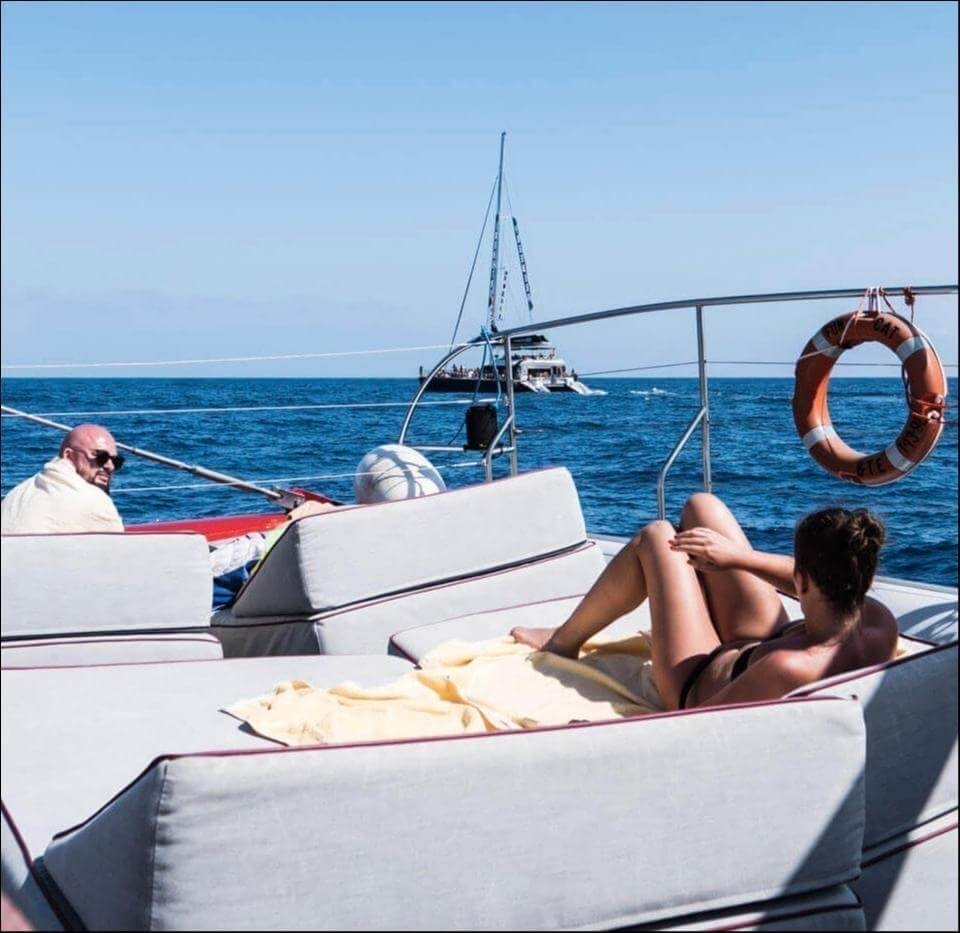 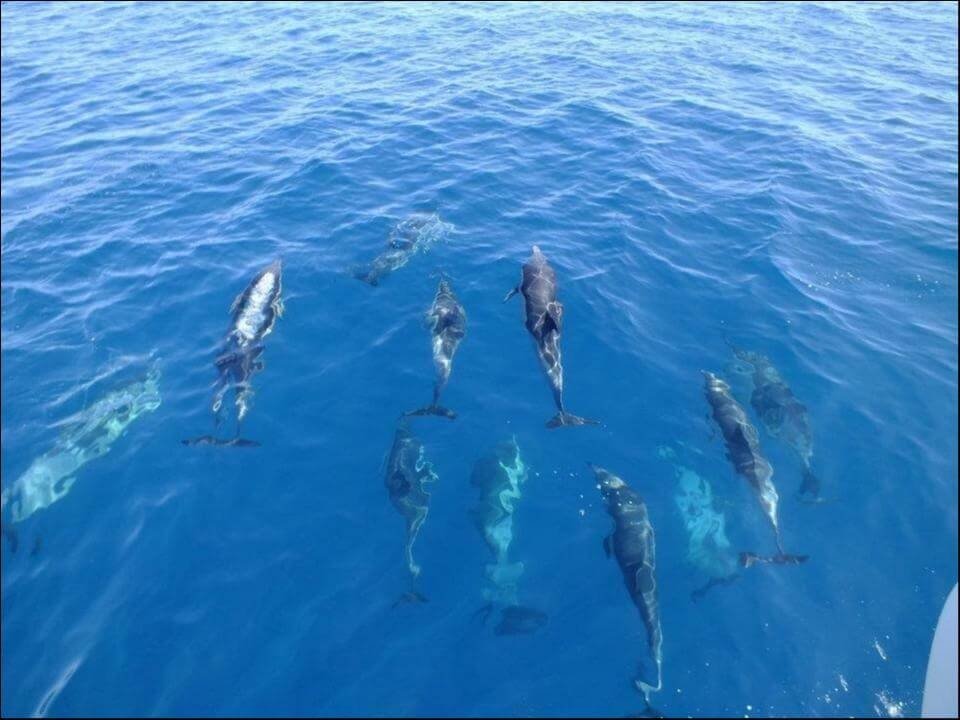 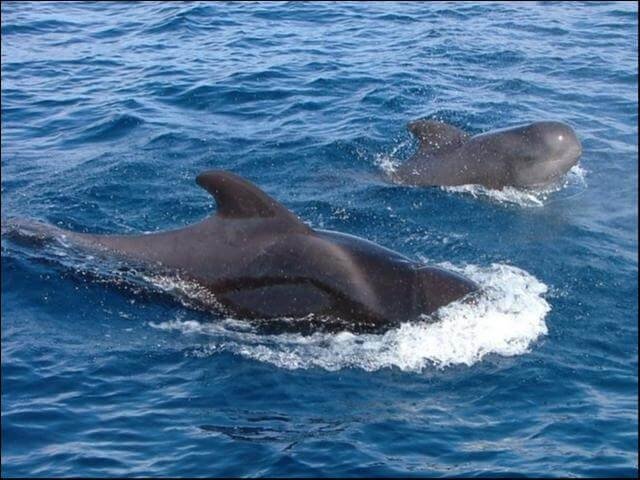 Freebird Catamaran Tenerife boarding times are following and might be changed, depend on the month of the year (exact pick-up time will be set in your Voucher after the booking made):

How much time does the Freebird Catamaran Tenerife - 4 h 30 min Boat Trip take?