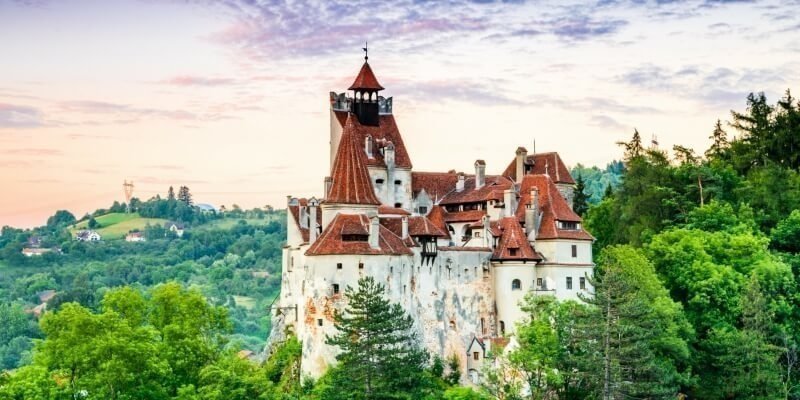 Transylvania is perhaps one of the most popular places in the world for the legends and mysteries surrounding his paths. On this tour you will discover in a small group the charm of the Castles of Transylvania: Peles Castle and Dracula's Castle (Bran Castle). 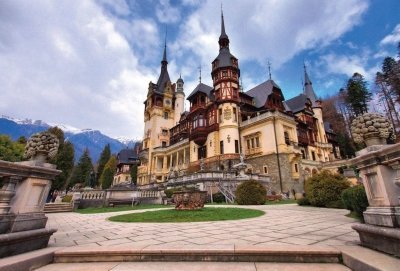 Departure in the morning from Bucharest, the Capital of Romania after we will pick-up you from your selected hotel.

Leave the city on the route to Sinaia. On the road, you will learn more about Romania's history and culture. Visit one of the most beautiful castles in Romania: the Peles Castle, the former summer residence of the kings of Romania, in Sinaia, a well-known mountain resort as well. Nowadays the Castle is one of the most important museums in Transylvania where one can admire furniture and ornamental objects, carpets, tapestry, sculptures, paintings, collections of weapons from the 15th up to the19th centuries. Peles Castle is closed on Mondays and Tuesdays in February and March 2020. For the rest of the year, Peles Castle is closed only on Mondays. On these days, Peles Castle will be seen from the outside.

Continue your journey to Bran and listen to the real history and the legends of Count Dracula. Visit the famous Bran castle, called also called Dracula`s Castle, it is situated not far from Brasov (25 kilometers) at the entrance in the Bran – Rucar passage. The castle got its fame from Dracula`s legend written in 1897 by Bram Stoker and later on made into a film by Francis Ford Coppola... The first documents about the Bran Castle appeared in 1377. Along with the history, the Castle had a strategic mission being the border between Transylvania and Wallachia. First, it was under the rule of the King of Hungary Sigismund of Luxemburg, then under the Romanian voivodes, Mircea cel Batran and Vlad Tepes and later on it came under the jurisdiction of the City of Brasov. In 1912 it was donated by the municipality of Brasov to the Romanian royal family, in order to become their residence.

We will continue towards Brasov where you will have free time to enjoy the old town. Dating from 1520, the City Council Square has been considered the center of Brasov for hundreds of years. Merchants and craftsmen fairs took place here. They came from Transylvania, Wallachia, and even the Near East and Europe. According to the types of merchandise they traded on the side streets of this Square, the streets were called The Wheat Fair, The Cloth Row, The Butnar Fair, The Linen Fair, The Cotton Row or The Coats Fair.

The Square is surrounded by houses built in the Renaissance, Baroque, Provincial and Neo-classic style and they once sheltered small shops and warehouses.

The Square is dominated by the magnificent building called the Council Hall.

The medieval fortress of Brasov was one of the most secure fortresses in Europe, the architectural defense pile being made of stone walls, 32 defense towers, 8 bulwarks, and 4 fortified gates. The towers had both defense and observation roles. During our tour, we’ll see the old wall which is still preserved, Black and White Towers and also the Weaver’s Bastion – the biggest and best-preserved bastion.

Ecaterina`s Gate situated near the Schei Gate in the western part of the Fortress was built in 1559 in the Renaissance style. It has a sharp tower and four little towers, symbolizing the medieval right of life and death over the vassals' lives (the right of the broadsword). The gate also had firing vents, a drawbridge with chains, which is one of the most fortified gates of the city.

Enjoy some free time to explore the city.

Outside visit of the Black Church from Brasov, the most iconic historical monument from this old Transylvanian town. The largest hall-church east of Vienna and one of the biggest medieval churches from this part of Europe, this impressive Gothic construction is impossible to miss if you’re wandering through the center of Brasov.

Drop-off at your hotel in Bucharest around 8-9 p.m. 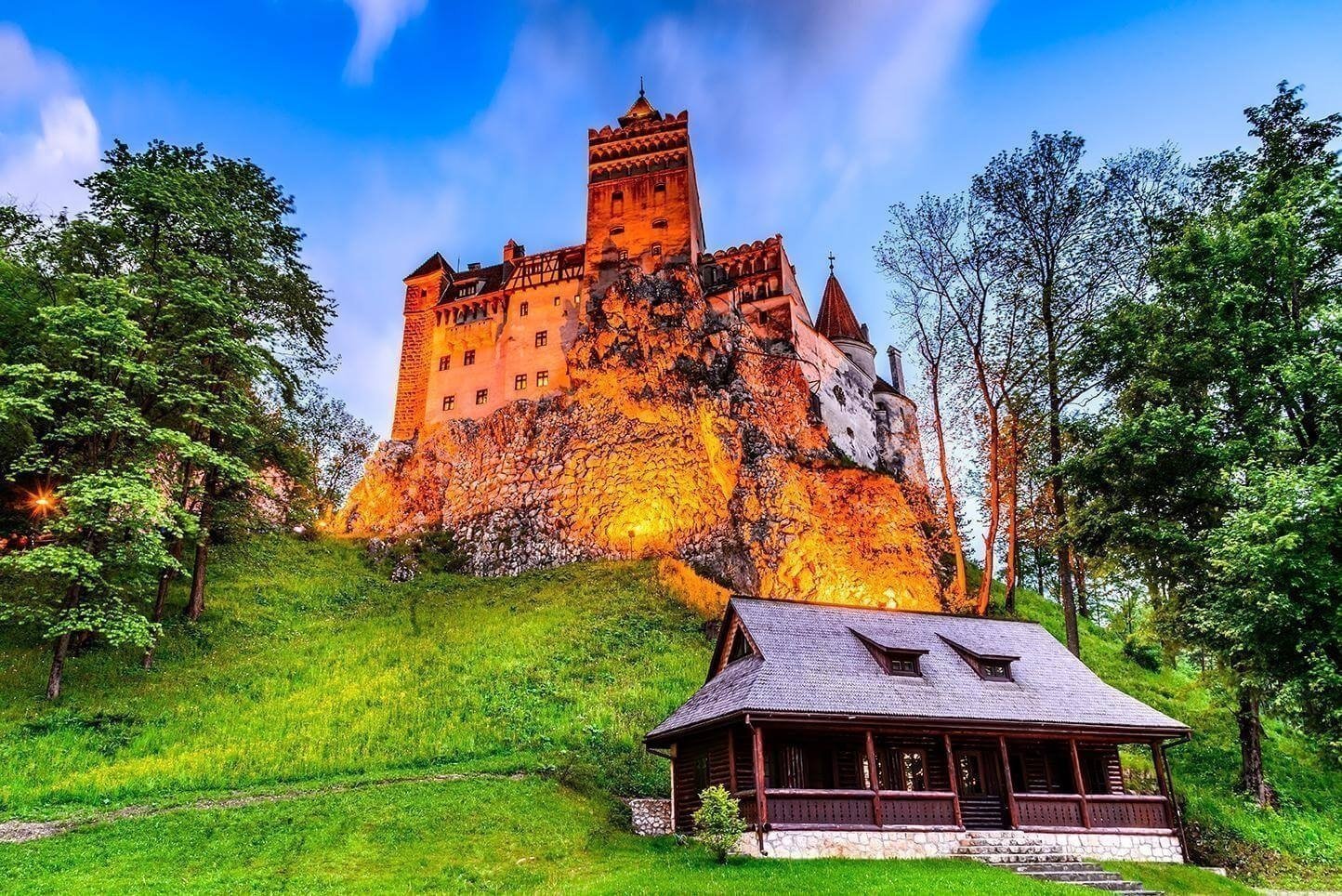 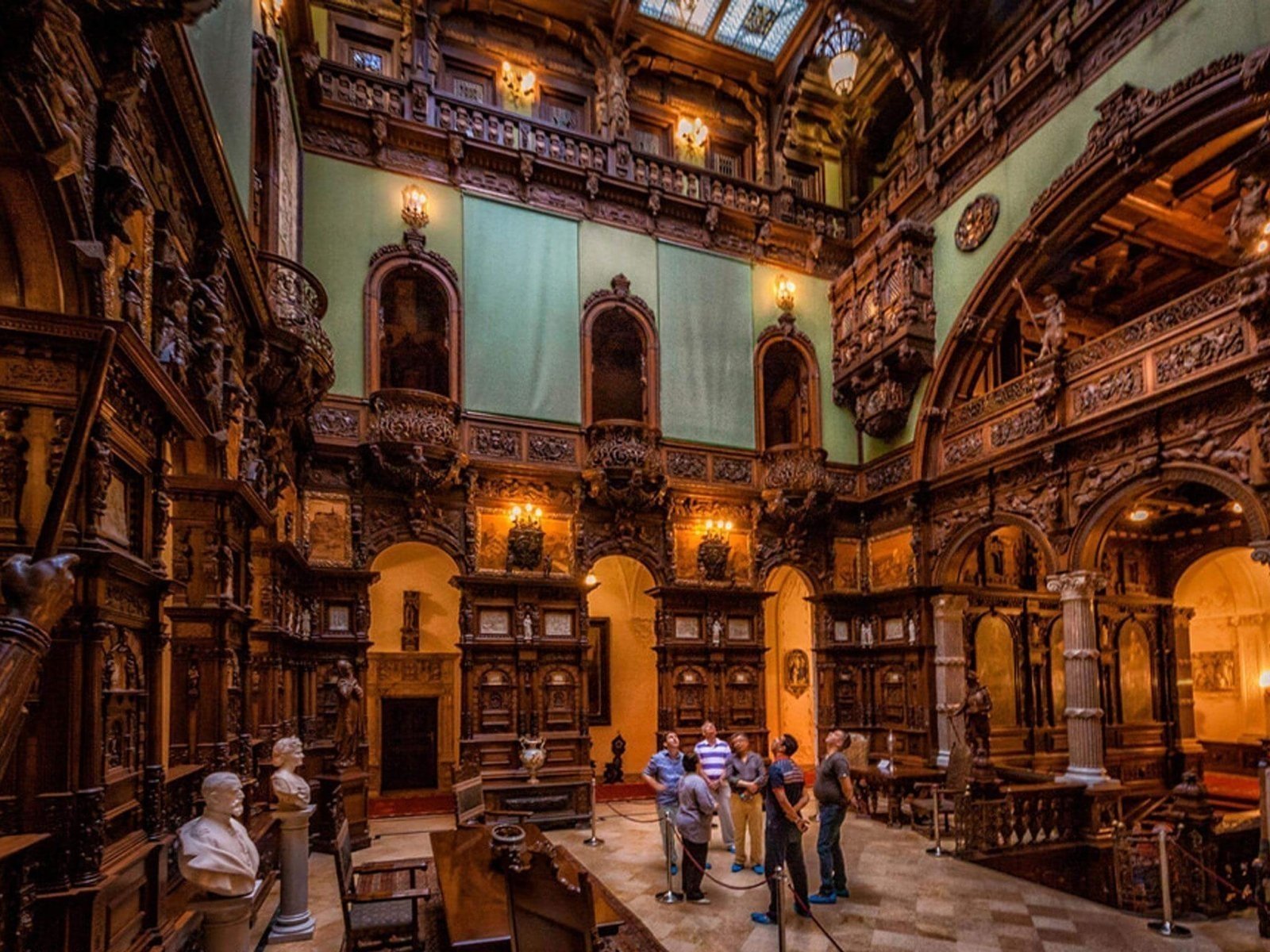 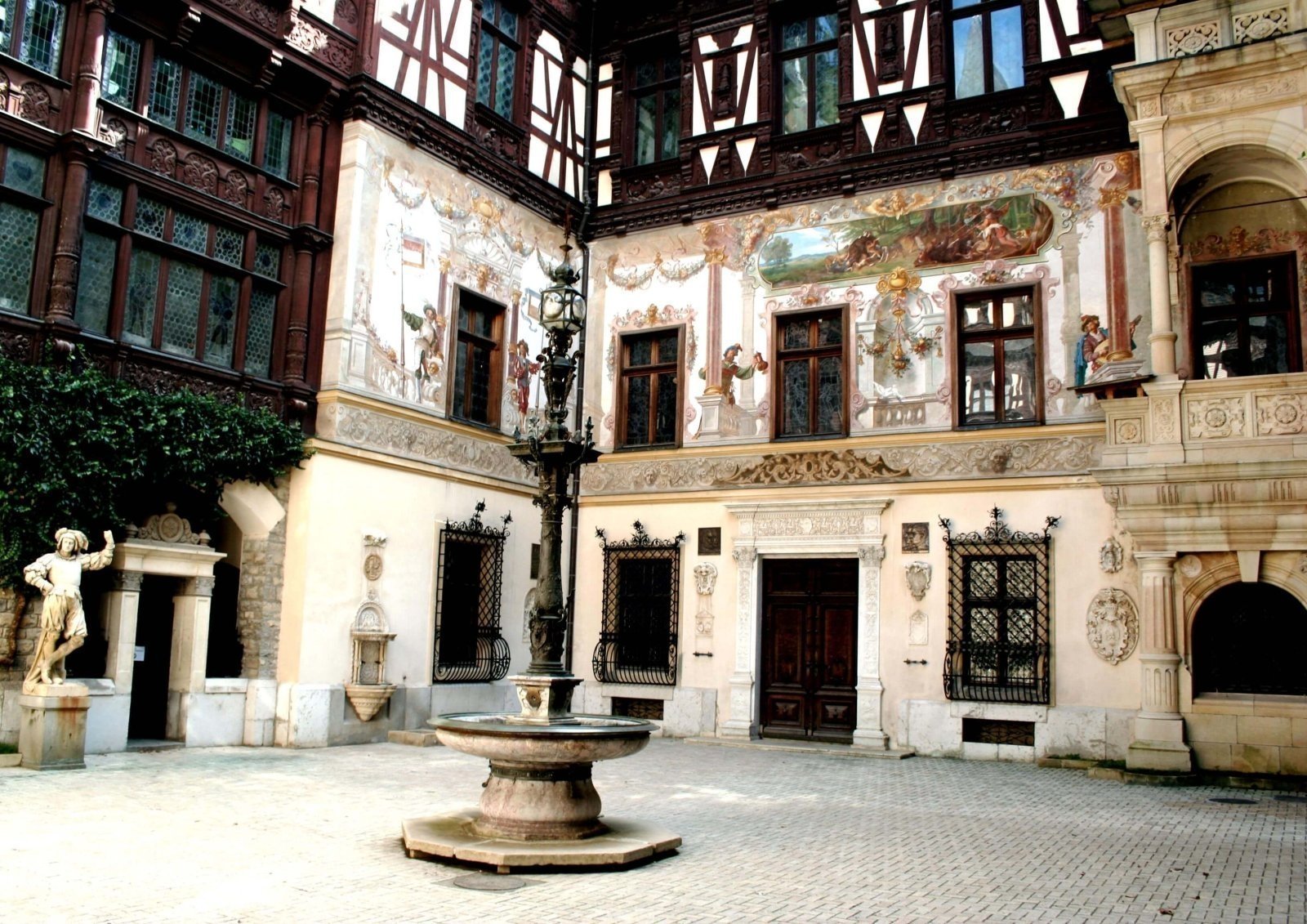 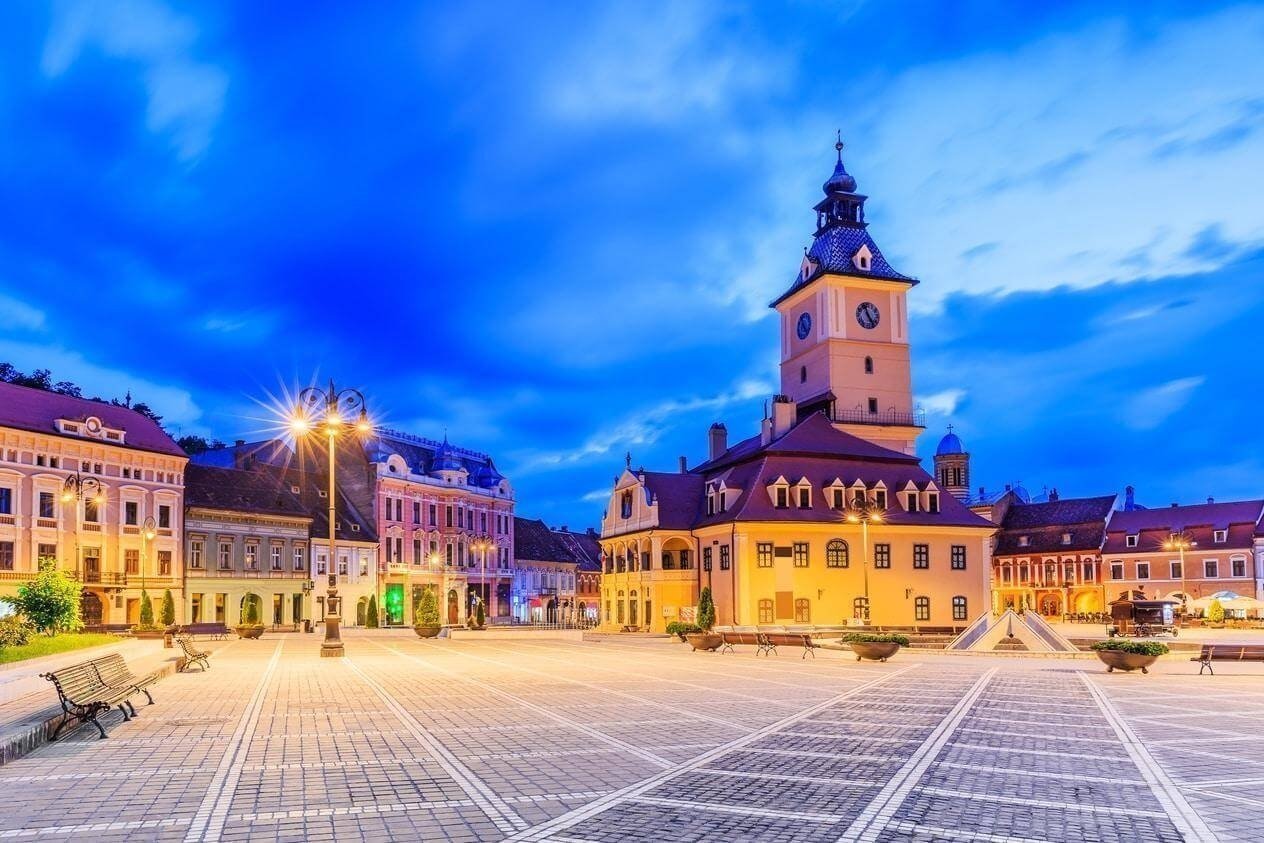 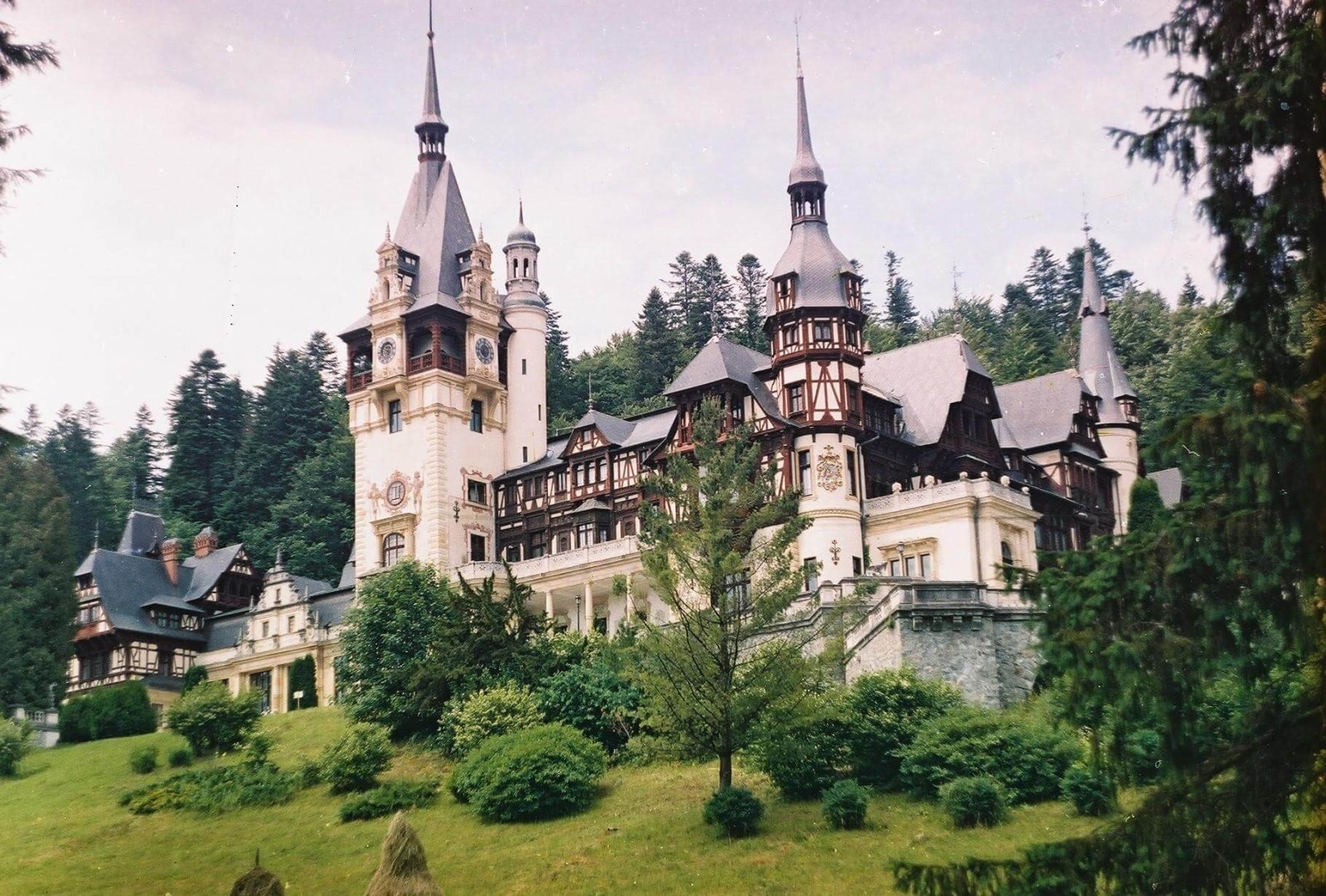 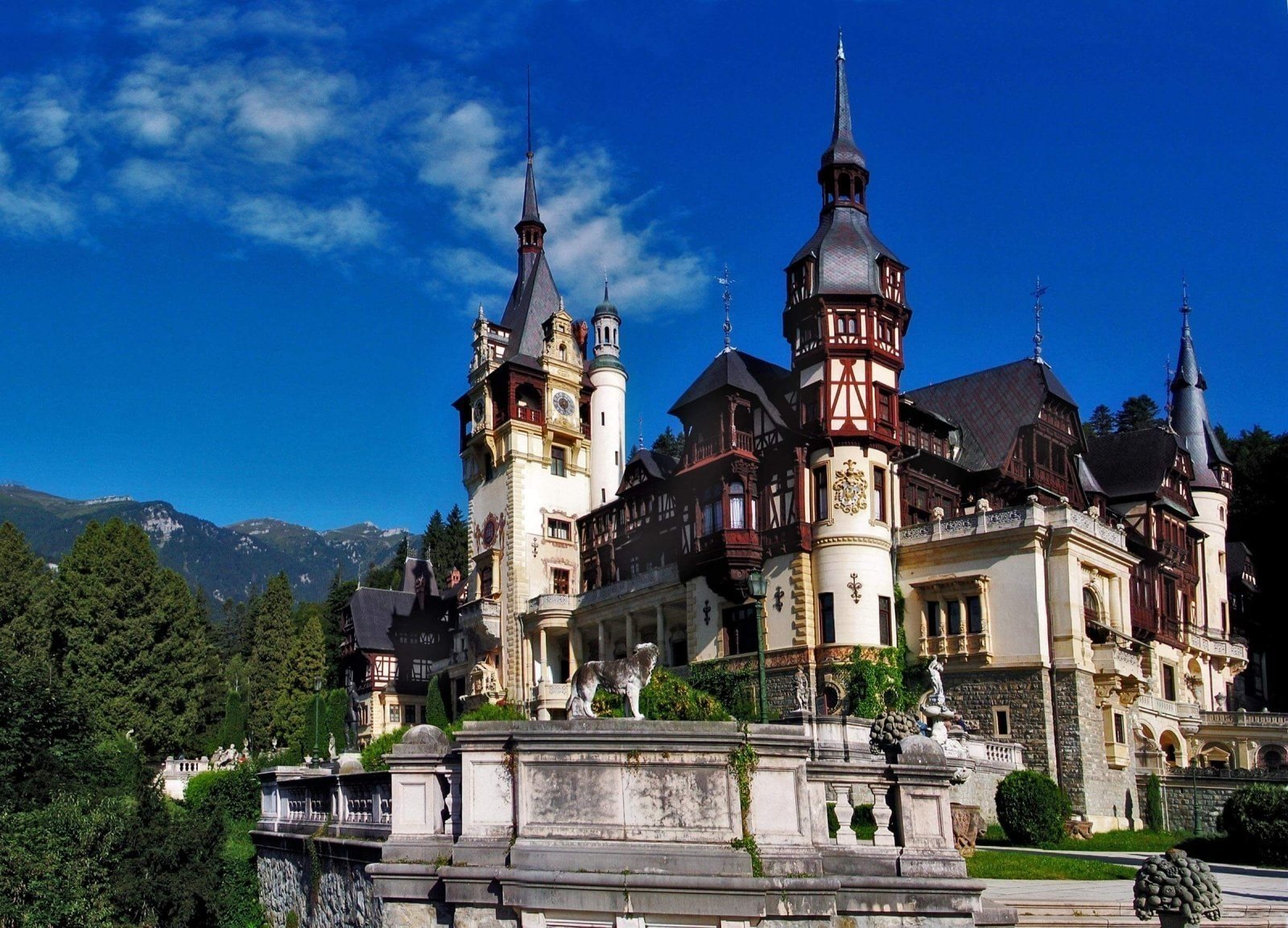 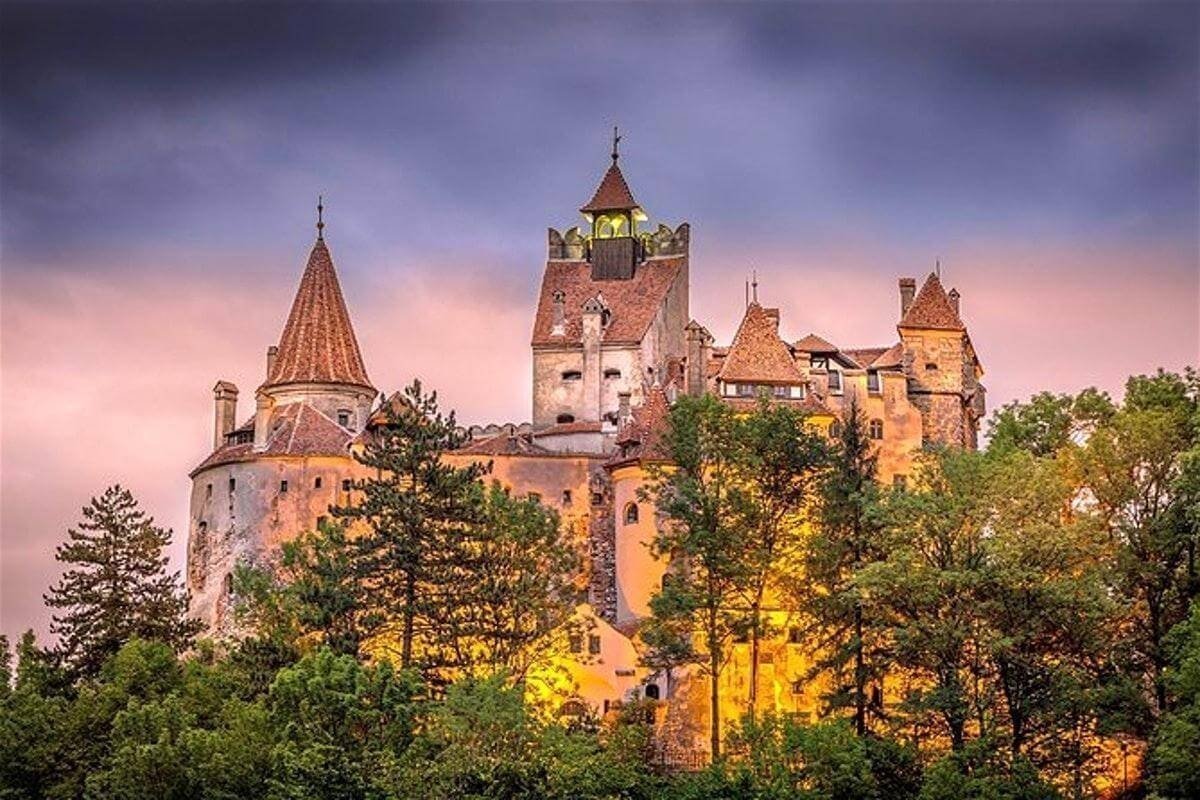 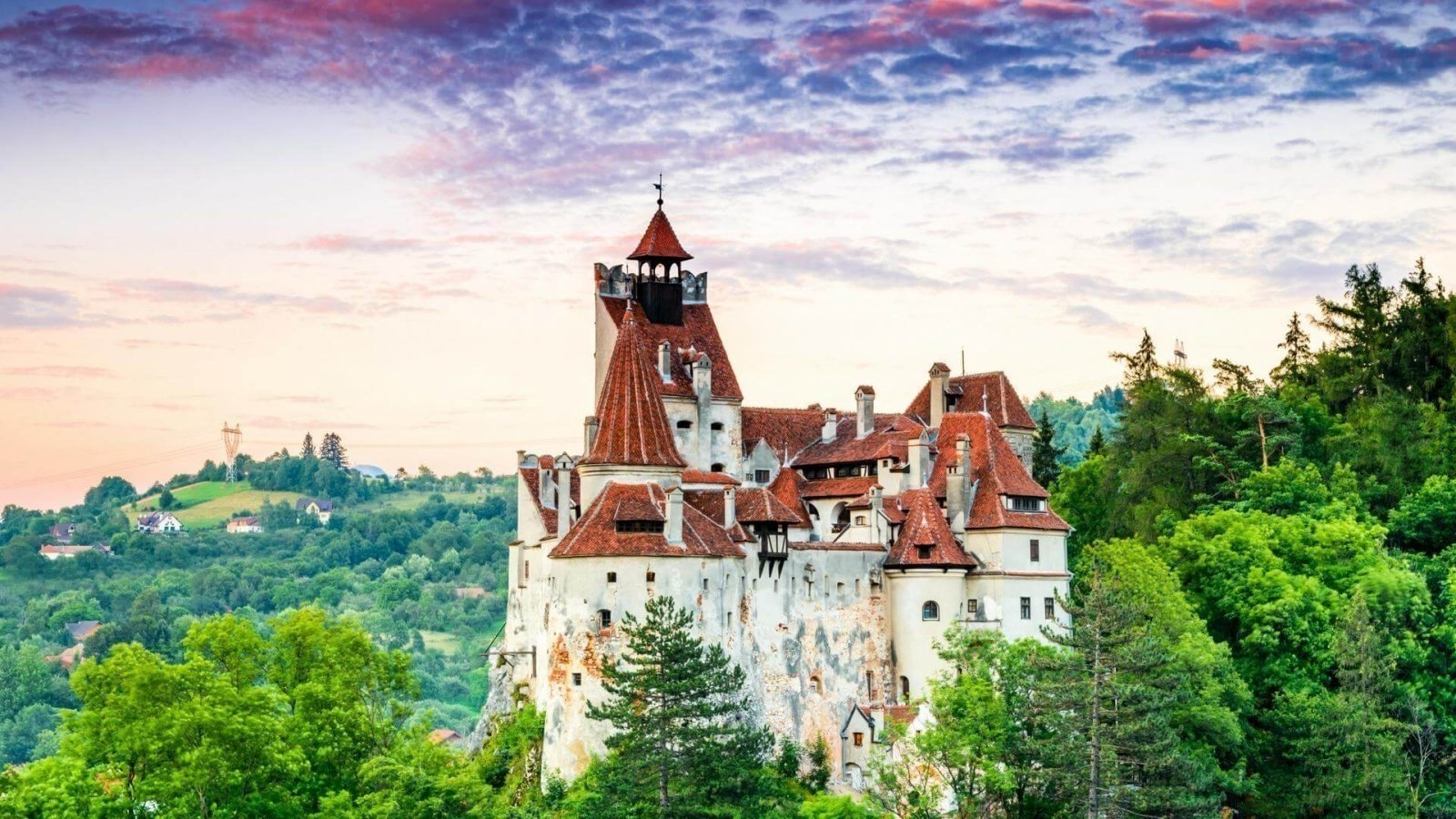 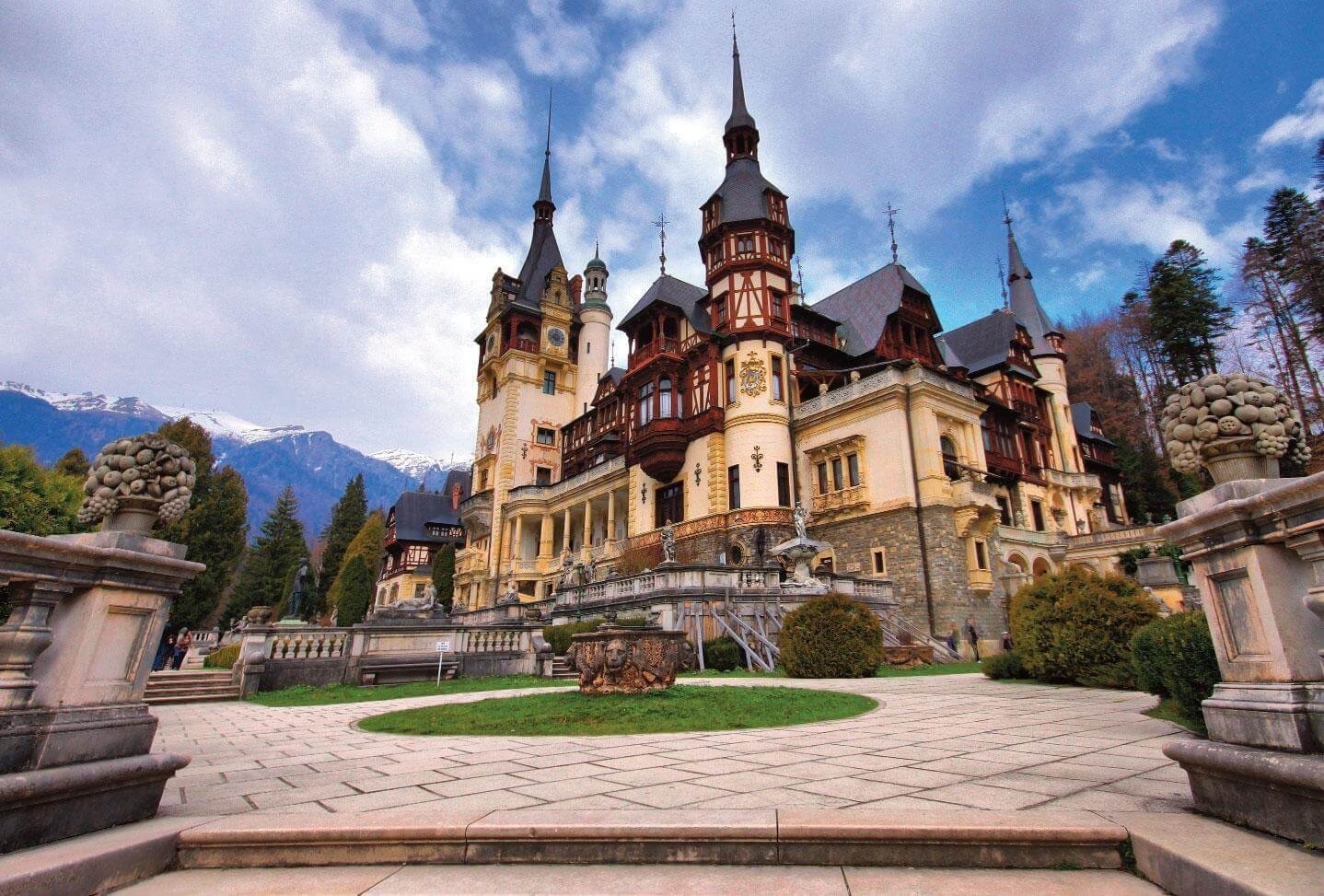 We pick up also from other hotels or apartments. Please indicate the address and we will contact you the day before the tour starts to let you know the closest pick-up point if we can't pick you up from your address. In any case, it will not be further than 500-600 m.

For children under 7 years old, we advise taking a private tour. Children must be accompanied by an adult. May be operated by a multi-lingual guide.

The duration of transfers are approximate, the exact duration will depend on the time of day and traffic conditions.

We will contact you the day before the tour starts around 7 p.m. to let you know exactly the pick-up time.

How much time does the Dracula's Castle & Transylvania Day Trip from Bucharest take? 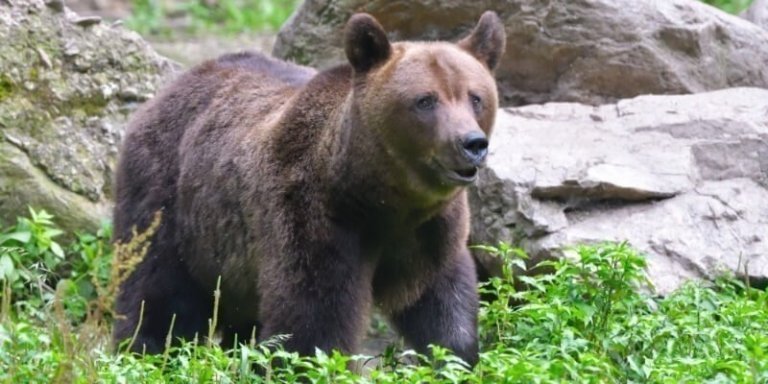 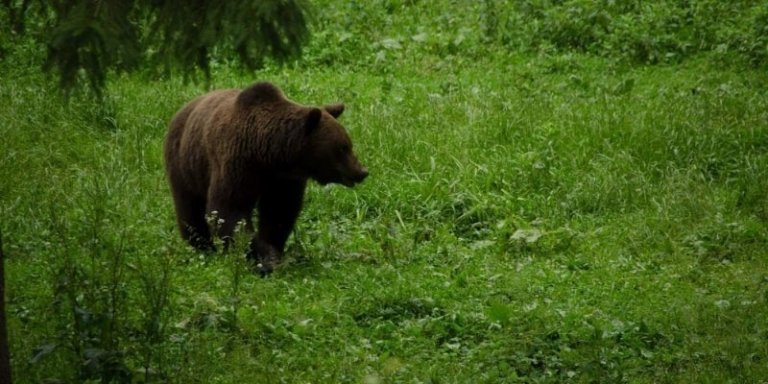 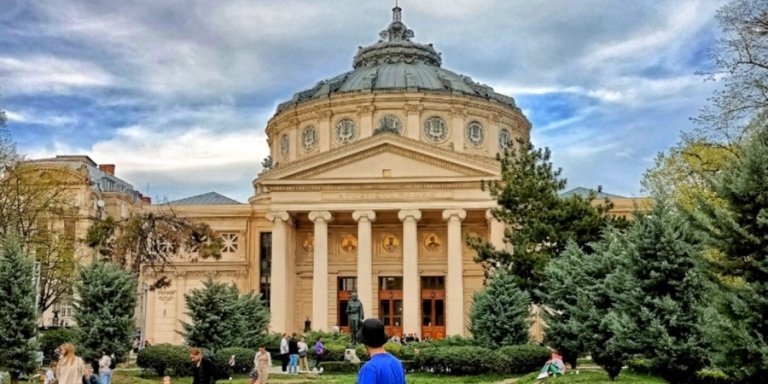 With the Bucharest Walking Tour, you enjoy a pleasant walking tour of Bucharest city center, starting from the Romanian Atheneum, along Victory boulevard, through the Old Town center, ending up to Read more ➤ 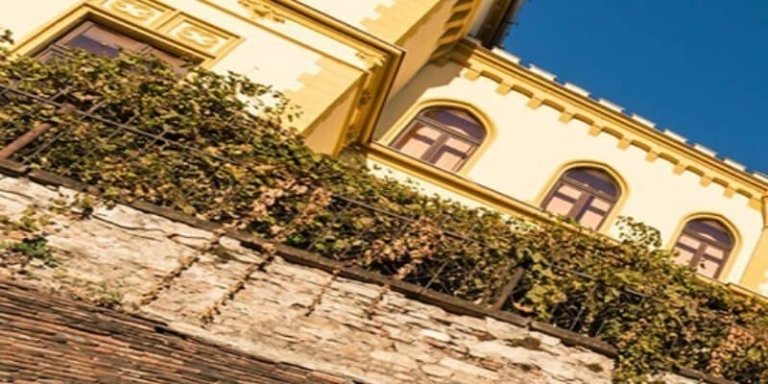 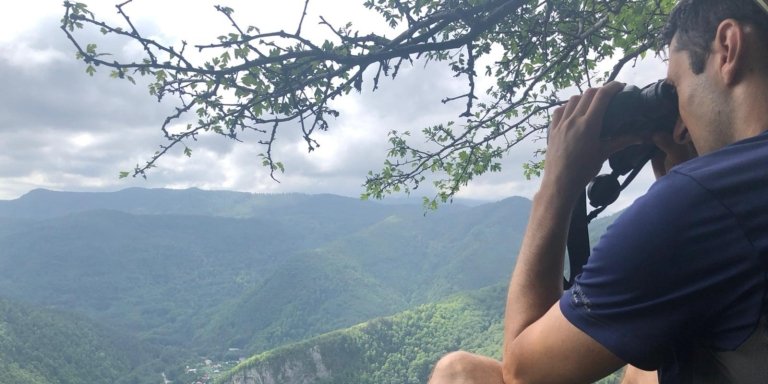 Putna Vrancea Natural Park has most of its surface covered with forests, the Carpathian mountains of Romania being an ideal option if you’re looking for wildlife. Because human access is limited in t Read more ➤ 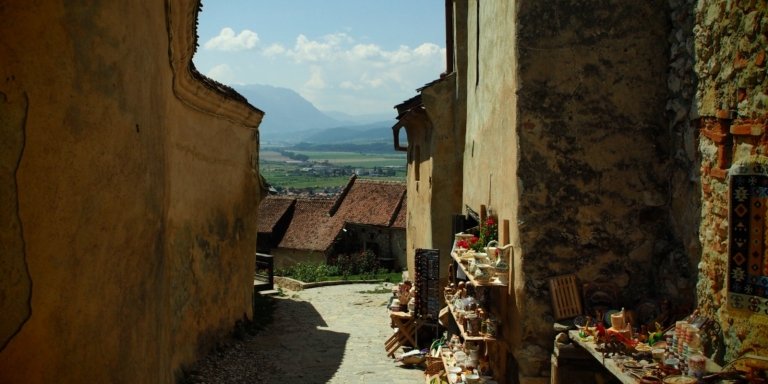 Rasnov: A town's hidden tales. Let's discover the untold stories of magical Rasnov!Join us on an adventure to castle-like fortress that dominates the skyline of Rasnov and beyond, followed by the Read more ➤