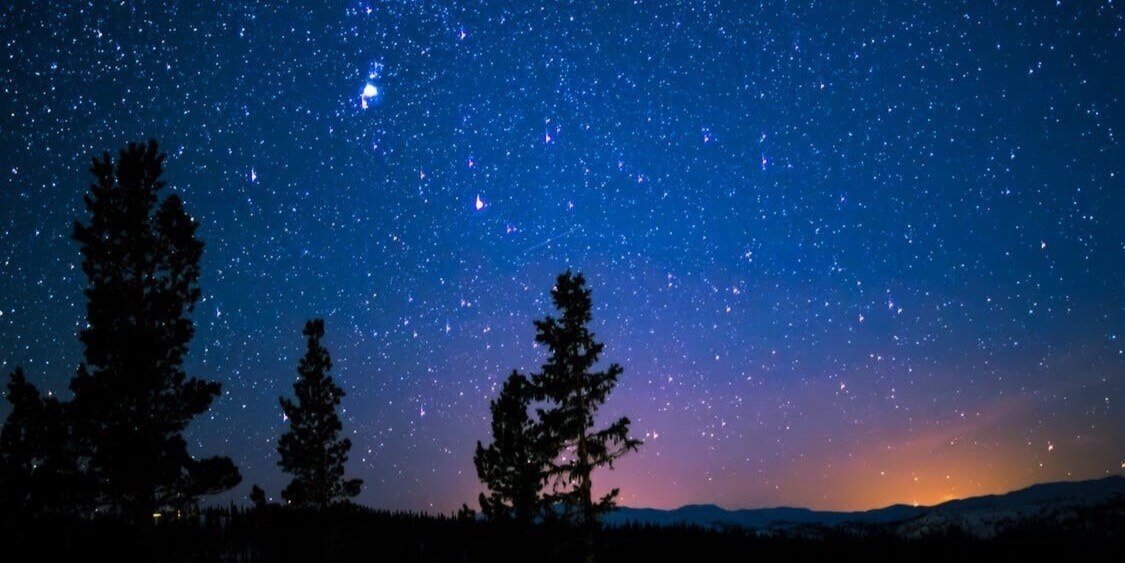 Tenerife Stargazing Tour with Sunset, Wine Tasting and Dinner is a unique star gazing experience Tenerife offers. The tour takes you to one of the highest wineries in Spain, nearby Teide National Park and includes hotel pickup from Tenerife South, wine testing, dinner stargazing, telescope 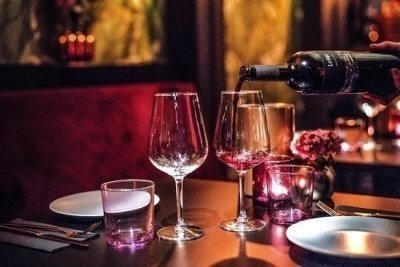 Make your holiday one to remember by adding this all-inclusive wine and dine tour culminating in an impressive experience stargazing. Tenerife is renowned for it’s impressive views of the milky way thanks to low light pollution, expansive skies, and ideal mountain views.

We feature one of the best Tenerife stargazing tours by taking you up to a reclusive spot that will give you even better views than the Teide National Park. So keep reading to learn everything you need to know to explore the galaxies – and have a traditional dinner included!

When most tourists visit, they go on some Tenerife stargazing tours through the Teide National Park. It’s the most common Tenerife star tour los cristianos – but that doesn’t make it the best place to enjoy an astronomical tour.

In fact, the Tenerife stargazing tours at the Teide National Park have a few disadvantages:

So all-in-all, you won’t really be able to experience the serenity of a true experience stargazing. Tenerife receives a lot of tourists and, unfortunately, this spot has become too oversaturated to really enjoy.

Even though Mt. Teide is one of the highest spots available to go on a tour stargazing, Tenerife actually has a hidden gem that gives you the best Tenerife star tour.

So if you want the best stargazing experience – travel. Tenerife is hiding its highest vineyard near the Teide National Park. You can travel a bit off the beaten path and explore the cosmos while enjoying an unforgettable 3-course meal.

This Tenerife stargazing excursion includes passage up to the island’s highest winery – at 1242 meters.

Once there, you’ll enjoy a fantastic gastronomic experience fit for a king. First, you’ll be able to learn about the history of the winery and its surroundings, being toured by its knowledgable owner, Pablo. Once done touring the area, you’ll get to breathe in the fresh air during a sunset champagne reception.

When you’ve fully taken in the island sunset, it’ll be time for a true gastronomic experience. You’ll be given a three-course meal of traditional dishes, each paired with wines and spirits hand-picked from your personal sommelier. Enjoy the best of the food, sunset, and stars. Tenerife is known for being an island paradise for a reason, after all.

Dinner is concluded and you’ll begin your experience stargazing. Tenerife has an impressive view of distant galaxies thanks to the clear skies and powerful telescopes.

After getting a tour from the winery’s owner and an explanation from your personal sommelier – you’ll be handed over to a professional astronomer to get a close-up view of the universe. If you’re looking for an astronomic tour, Tenerife offers few experiences as great as this one.

How to Start the Tenerife Stargazing Tours

Once you’re ready to take off on to one of the best stargazing tours tenerife in the Canary Islands, the first thing you’ll want to do is book your trip.

After booking your Tenerife stargazing excursion, we’ll pick you right up from your hotel. If you’re looking for the most convenient star tour, Los Cristianos, Playa de Las Americas, Costa Adeje, and La Caleta are all great places to choose your lodging.

Our 16-person tour will take you straight up to the winery – and that’s where the fun begins. We’re offering one of the best Tenerife stargazing tours that’ll give you the full experience.

If you’re looking for some of the best stargazing tours, Tenerife is able to offer you some of the most spectacular views in the world. So instead of going to Mt. Teide, go to this exclusive gastronomic experience and explore the universe with a glass of Canarian wine.

This is more than just an astronomic tour – Tenerife is hiding lots of secrets within these clear night skies.

If you’re heading out stargazing, Tenerife has plenty of surprises for you. For example – the island has special regulations to prevent light pollution. This allows for impeccable views for tourists and scientists alike.

The brightest star you can see on your stargazing trips in Tenerife is Canopus. This celestial body is easily seen at the winery and has a deep cultural connection to the Canarian inhabitants. Prior to the arrival of the Spanish, the Canarian people (the Guanches) worshipped this bright star.

And of course, if you’re stargazing – Tenerife offers some phenomenal views of several constellations. On our Tenerife stargazing tours, the professional astronomers will point them out to you – so even complete beginners will be able to get a glimpse of them!

Our winery tour gives you some unforgettable views – right at cloud level. At 1242 meters above sea level – you’ll be able to do more than just lay out on the beach during your island vacation.

Tenerife is known for its astrological tourism – and for good reason! This island paradise has low light pollution, huge scientific investments, and an ideal location to check out the universe.

Thanks to the fact that it’s relatively close to the equator, stargazing trips in Tenerife offer some of the best views year-round. In fact - the Teide Observatory is one of the world’s most important astrological centers.

But if the awe-inspiring views aren’t enough for your stargazing tours, Tenerife also offers high-altitude wineries that produce organic wines you won’t be able to try anywhere else. Our excursion to the winery gives you the opportunity to taste some of the purest Canarian wines paired with a traditional gastronomical experience.

So if the clear views, relaxing nature, and a trip through the universe isn’t enough – our Stargazing Tenerife Tour gives you an elite gastronomic experience to top it all off. What could possibly be more romantic than drinking your organic wine underneath an unparalleled view of the stars?

While this tour is an all-inclusive 5-hour trip – some people might want a short-and-sweet version.

If you still want to go stargazing, Tenerife has plenty of other options for you to get your Tenerife astronomy tours without the wine-and-dine.

Not to mention all of our other Tenerife excursions and sightseeing tours you can book. There’s no shortage of exciting things to do in Tenerife – the hard part is choosing which tour you want to take first!

Our small-scale tour offers an incomparable view of the galaxies. Here are just a few of the advantages you’ll get:

Unparalleled views, delicious food, local wine, and a look into the history and culture of the island – what more could you possibly need to make your Tenerife holiday better?

How to Book the Stargazing Tenerife Tour

In just 5 minutes – you’ll have an unforgettable trip planned.

On the day of the star tour, Los Cristianos, Playa de Las Americas, Costa Adeje, and La Caleta are all places we’ll be able to pick you directly up. The trip (including transport) will take around 5 hours.

We’ll take you straight up to the winery – and then you’ll get to enjoy this incredible experience. Once you’ve explored the universe, we’ll take you right back home so you can sleep off that wine.

if you want the best stargazing experience – travel. Tenerife is one of the best places on the planet to get a look into the universe. This island paradise offers incredible views into the universe – views you don’t want to miss out on!

So if you’re ready to explore one of Spain’s impressive islands – and see the depths of the universe while you’re at it – go ahead and book our Stargazing Tenerife Tour with Sunset, Wine Tasting, and Dinner. 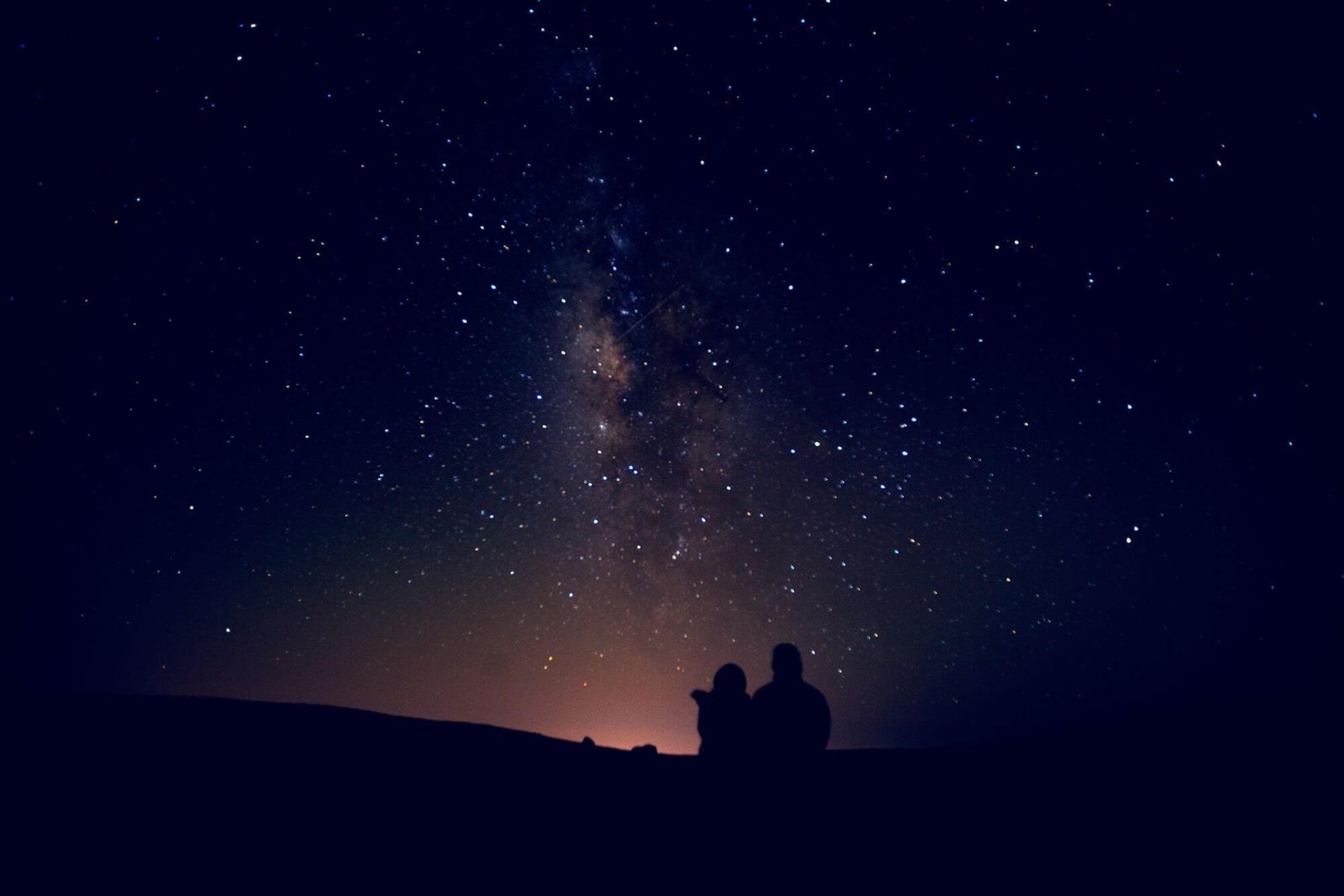 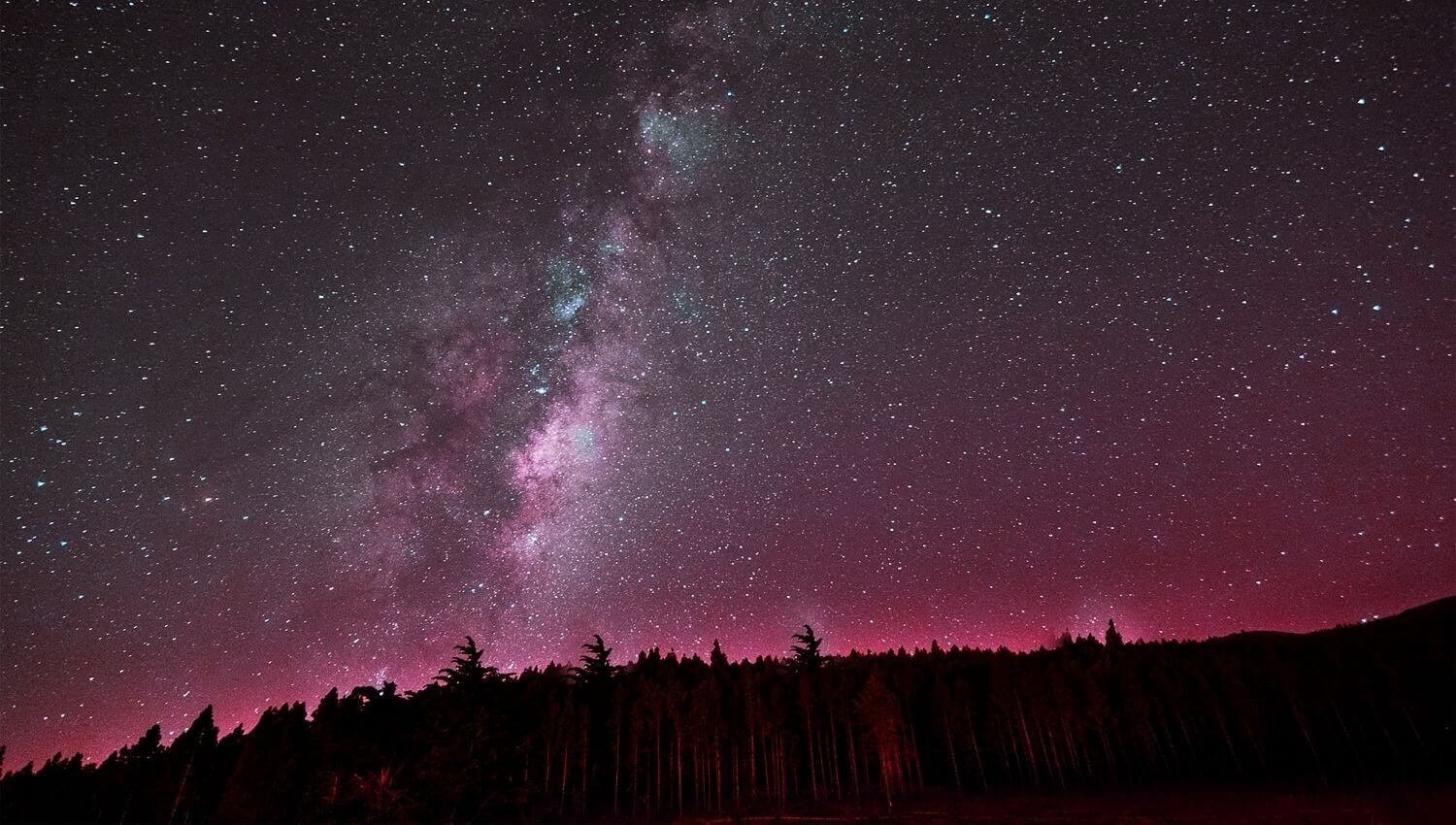 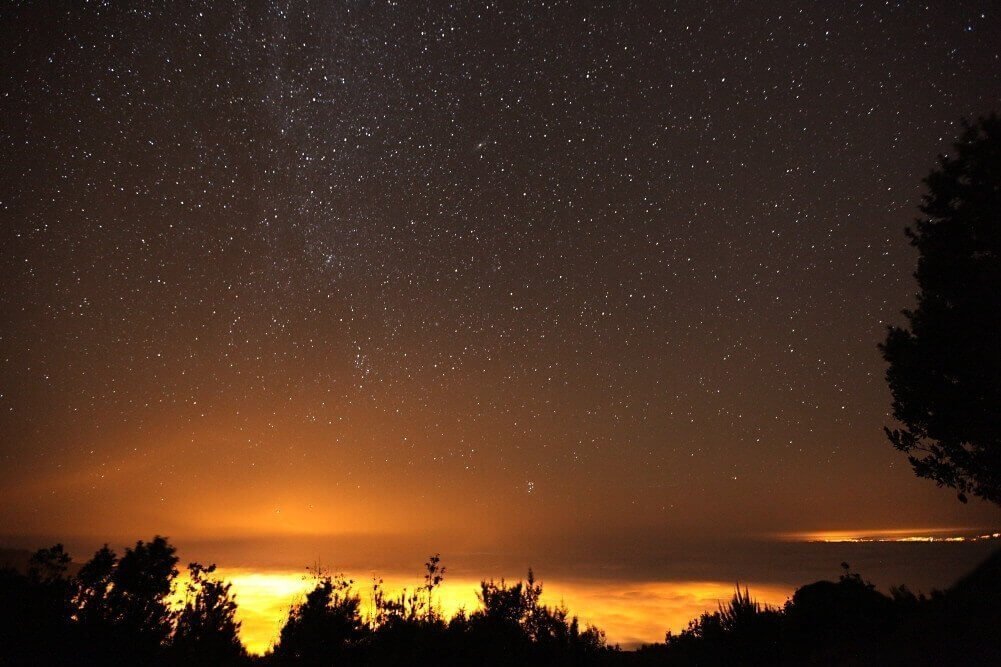 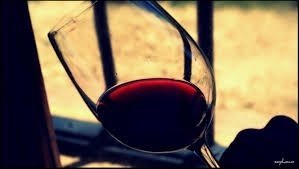 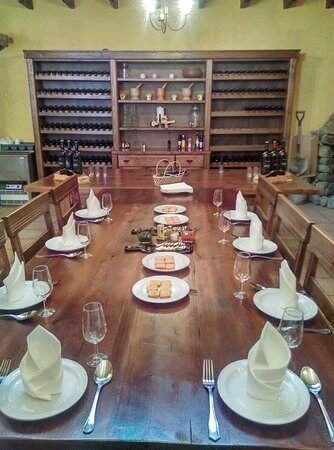 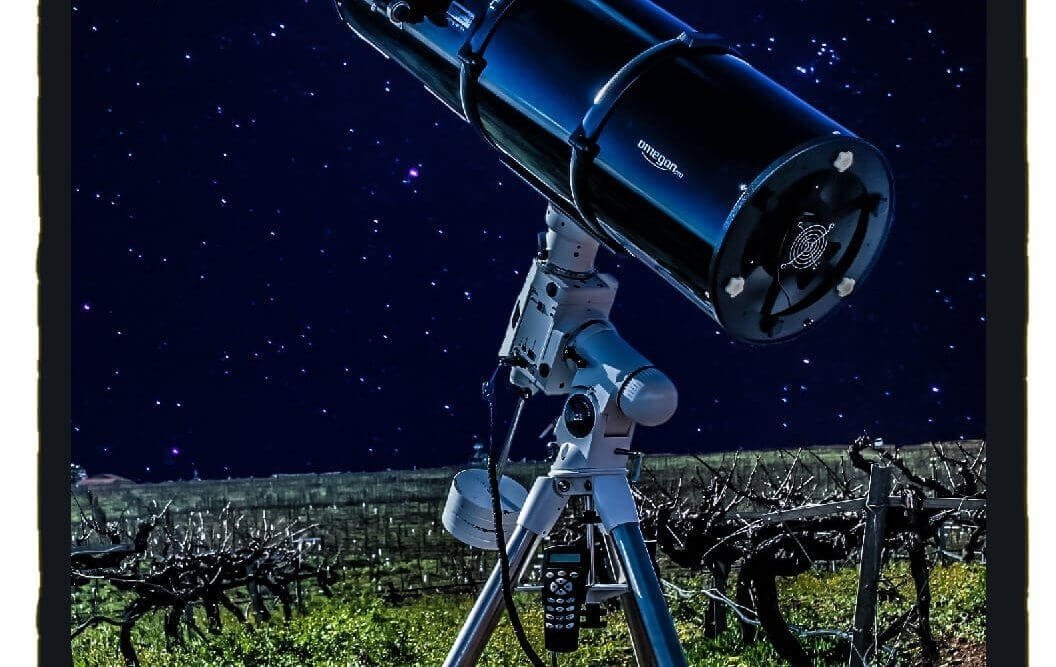 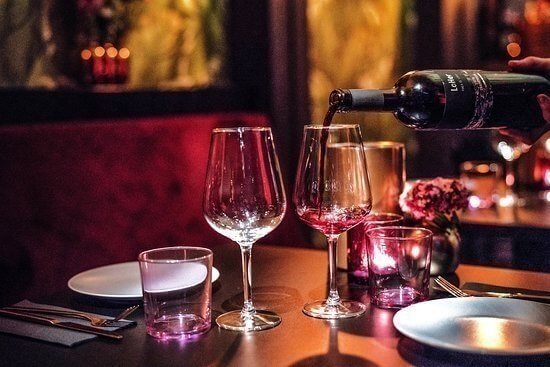 For our Tenerife Stargazing tours we pick you up directly from your hotel, if it is located in:

If your hotel is outside of the pick-up area, simply come by yourself to any hotel located within pick-up area and we will pick you up from there.

The tour takes approximately 5-6 hours. Exact start time will be appointed in your tour Voucher once the booking made.

How much time does the Tenerife Stargazing Tour with Sunset, Wine Tasting and Dinner take?

Most amazing experience. Excellent guide! Would recommend for 100%!

Thank for everyone engaged! We've just completed the dream and and it was wonderful tour from the beginning till the end. Thank you Samuel, our amazing guide and astronomer, for making our evening such an exciting our stargazing in Tenerife! Matt & Emma :)

Lovely evening of stargazing and wine.

The best alternative for coach tours

Wine Tasting Tenerife & Winery Tour is, no doubt, the best wine degustation trip on the island. Visit the highest winery and vineyard in whole Spain and Europe, have a an amazing experience tasting a Read more ➤ 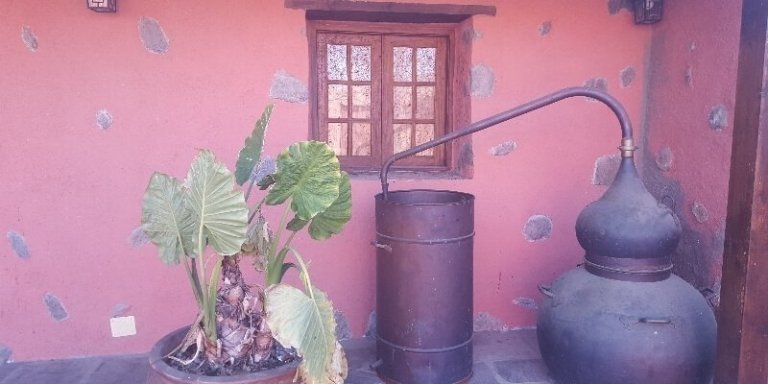