Traveling the world is a dream for almost anyone. We all want to see the world and all that it has to offer.  Whether it is a jungle desert or a tropical island, everyone wants to experience the beauty at least once in their life. With regard to the actual places to visit, there is certainly no shortage of candidates.

For many people, the most ideal destination is more than anything else, a tropical paradise, especially if it’s on an island. The warm sun, vast stretches of sand, the ocean breeze and coconut palms all make for an amazing holiday dream.

One such place happens to be the Canary Islands, located just above the tropical region of the Atlantic Ocean. A short distance away from North Africa, the island chain is a Spanish territory and a very popular tourist destination. The islands are popular for a variety of different reasons, be it culture, language, heritage, the climate, environment, wines, etc. One activity that has become rather popular on the island is Quad Biking. Off lately, Quad Biking in Tenerife has become one of the most well known adventure activities in the entire place. If you don’t know what a Quad Bike is, they are essentially a four-wheeled bike, usually designed for off-road use.

Why Quad Biking In Tenerife?

There are several things that make it different here. Here are some of the most important.

The most important of all would be the climate of the region, which is a mix of several different climate factors, namely, the desert, and the Atlantic and Mediterranean ones. In other words, the place has a relatively warm and dry season for much of the year, given that it’s very close to the tropics.

This climate is an excellent setting if you want to experience Quad biking in your life, for the simple reason that you will not have rain or snow getting in your way. Simply put, Tenerife is Quad Biking Season for much of the year!

Another thing that makes Quad Biking in Tenerife amazing is the terrain. The island has a vast chain of rolling hills and plains, as well as a giant mountain at the center.

This variety of terrain will give you a wide range of choices to pick from when it comes to the kind of Quad Biking experience you want to have.

The third and certainly not the least reason is the setting. It is not often that you get to Quad Bike on an island. The setting of the island, with its majestic mountain, the vast hills, the steep slopes and the Atlantic Ocean make it an adventurers dream.

In this regard, you could say that Quad Biking in Tenerife is a dream unlike no other.

Things to Consider Before Going Quad Biking in Tenerife

There are a couple of things that you might want to know about, before you get started. Given in the list below are some of the more important points.

Ensure That You Have the Fitness For Quad Biking in Tenerife

While it is true that you will be using a vehicle, the speed and terrain that you use will not be so friendly. This can be rather problematic when you go about Quad Biking in Tenerife. 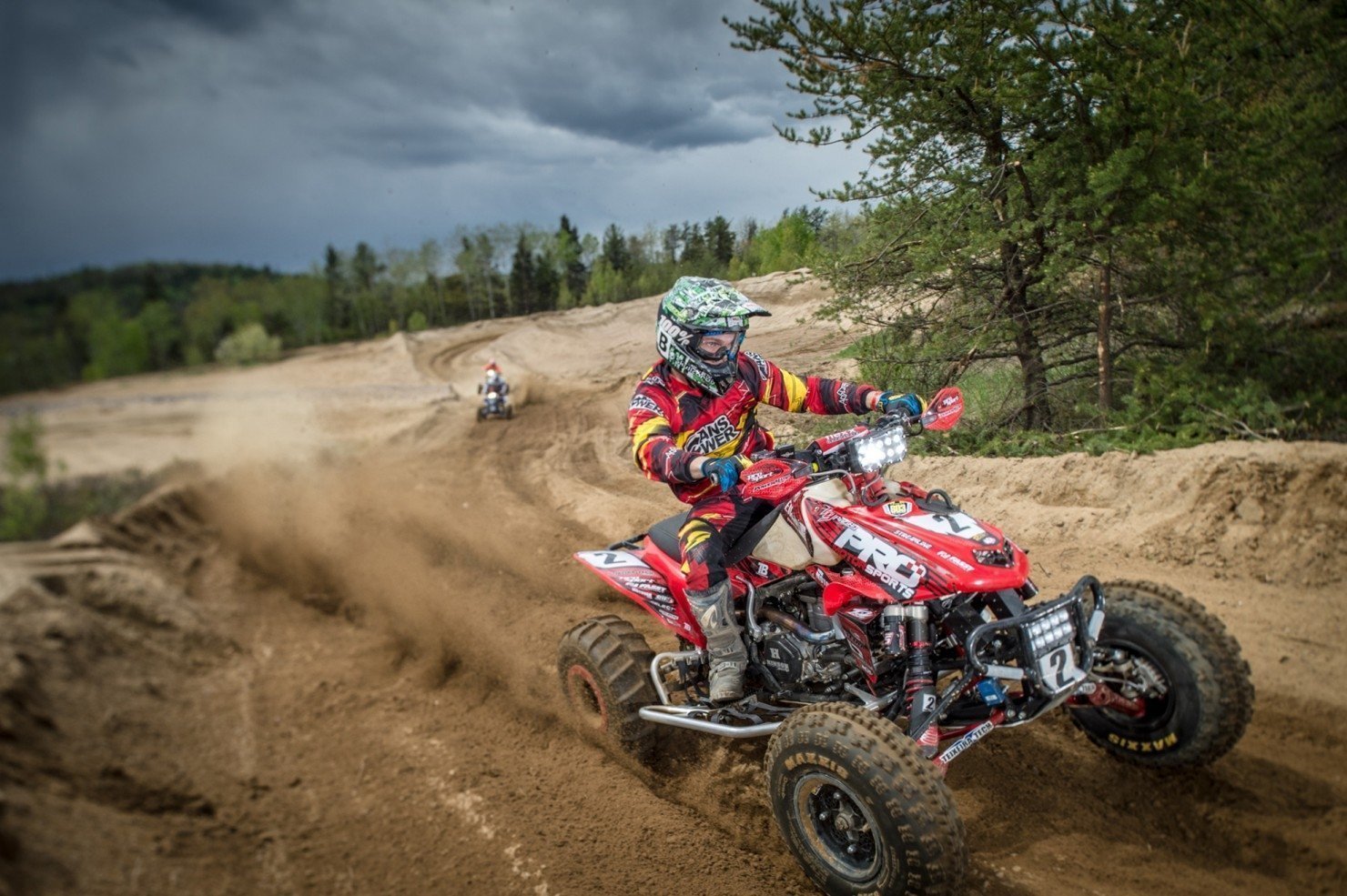 So if you are interested in an adventure on Tenerife, ensure that you have the physical fitness for it. It is no different than driving on roads. In fact, this is worse than roads when you think of it, as the terrain will be rough, full of rocks and more.

As with any other sport that has a potential for injuries, ensure that you’re wearing sufficient safety gear. Whether it is helmets, protective pads or anything else, make sure that you have them secured onto you before you hit the road.

In other words, stay safe when you go Quad Biking in Tenerife.

Stick to Your Route

While the driving ranges are generally barricaded or fenced on Tenerife, there might be places that aren’t. This can be dangerous to you in multiple ways, if you aren’t careful while Quad Biking in Tenerife.

For one thing, you might end up driving onto private property and cause damage, especially in the case of farms. For example, there are many grape vineyards which can get easily damaged if you drive the Quad Bike through them. Given that this is essentially vandalism and illegal, you might get into a lot of trouble.

Another thing you should be aware of is that you are on an island. One wrong turn and you could end up in the ocean while Quad Biking in Tenerife. 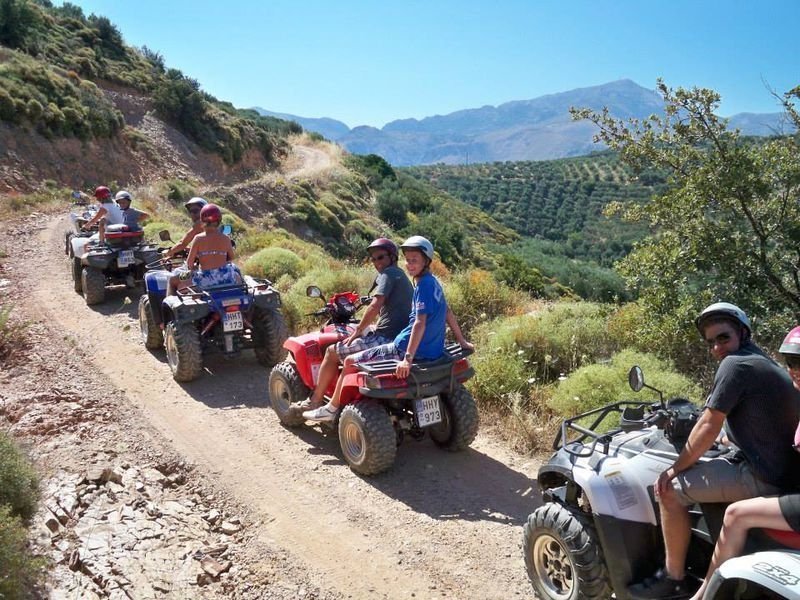 There will usually be some basic information given to you before you get started with Quad Biking in Tenerife. Follow these instructions so that you can remain safe throughout your adventure.

The Quad Bikes are generally designed for off-road use. This means you can usually put them through extreme terrains and they’ll be just fine.

At the same time, ensure that you take good care of it, for you will usually be renting them. They are not your property but rather someone else’s. Simply put, don’t do anything that might potentially damage it, while you go Quad Biking in Tenerife.

Where to go Quad Biking in Tenerife?

There are several service providers you can check that can help you with Quad Biking in Tenerife. You can check with the same for details on this activity.

The Quad Bikes can be acquired on a rental basis for a fixed period of time. Once the time period has passed, you’ll need to return it to them in the same condition it was given to you. Also to note is that some of the rental companies could charge you a sum as caution deposit, just in case you wreck the vehicle.

As for the location, Tide National Park is one of the most popular Quad Biking in Tenerife, line the Teide Quad Tour. There are other places as well, but this is one of the best, as it offers a wide range of terrains, views and dedicated trails for Quad Bikers. At the same time for the off-road driving lovers tthe Forest Explorer Quad tour is more recommended, because a good part of the tour you drive off-road in the forest.

Have a go at this and you’ll enjoy the ride of a lifetime, quite literally!

Off-Road Jeep Safari Tenerife is the only real off-road jeep tour actually available on the island among all the jeep tours Tenerife offer. Drive your jeep by Read more ➤

Teide Quad Tour in Tenerife lets you drive to the heart of the island in quad in a small group of quads from our base in Las Americas. We will visit biggest Read more ➤

Enduro Adventure - Off-Road Motorcycle Tour is available in 2, 4 or 7 hours options and this is really unique experience. With your Enduro motorcycle your will Read more ➤

This quad tour with Tenerife quad bike hire already included to the tour price is unique and outstanding by itself, because on the quad tour over 60% of time Read more ➤