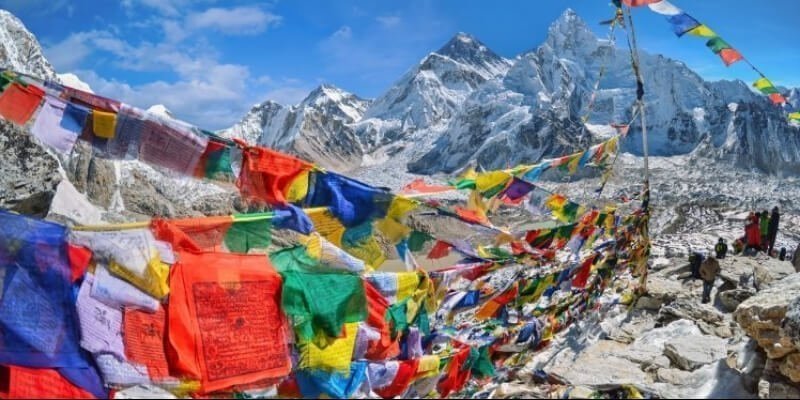 Short Trek to Everest Base Camp is the suitable trek package to get into Everest base camp within 9 days along with helicopter fly out to Lukla from Gorakshep. Everest Base Camp Trek is the most popular trekking destination among all adventure trekkers all over the world. 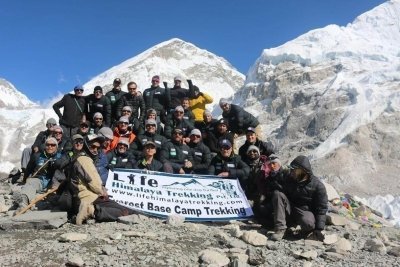 The Short Trek to Everest Base Camp - 9 Days Trip is the most frequent trekking option in the Himalayas of Nepal. Short Everest trekking packages are mostly designed for the adventure seekers who have limited holidays and vacation period and have the commitment to conquer Everest Base Camp. Short Everest trek is also the fastest way to experience a lifetime adventure, Nepalese culture, and traditions as well as magnificent views of world highest peaks including Mt. Everest (8,848 m), Lhotse, Nuptse, Pumori, Ama Dablam, Khumbuste, Thamserku, Island Peak, Khumbu, and mighty of peaks. 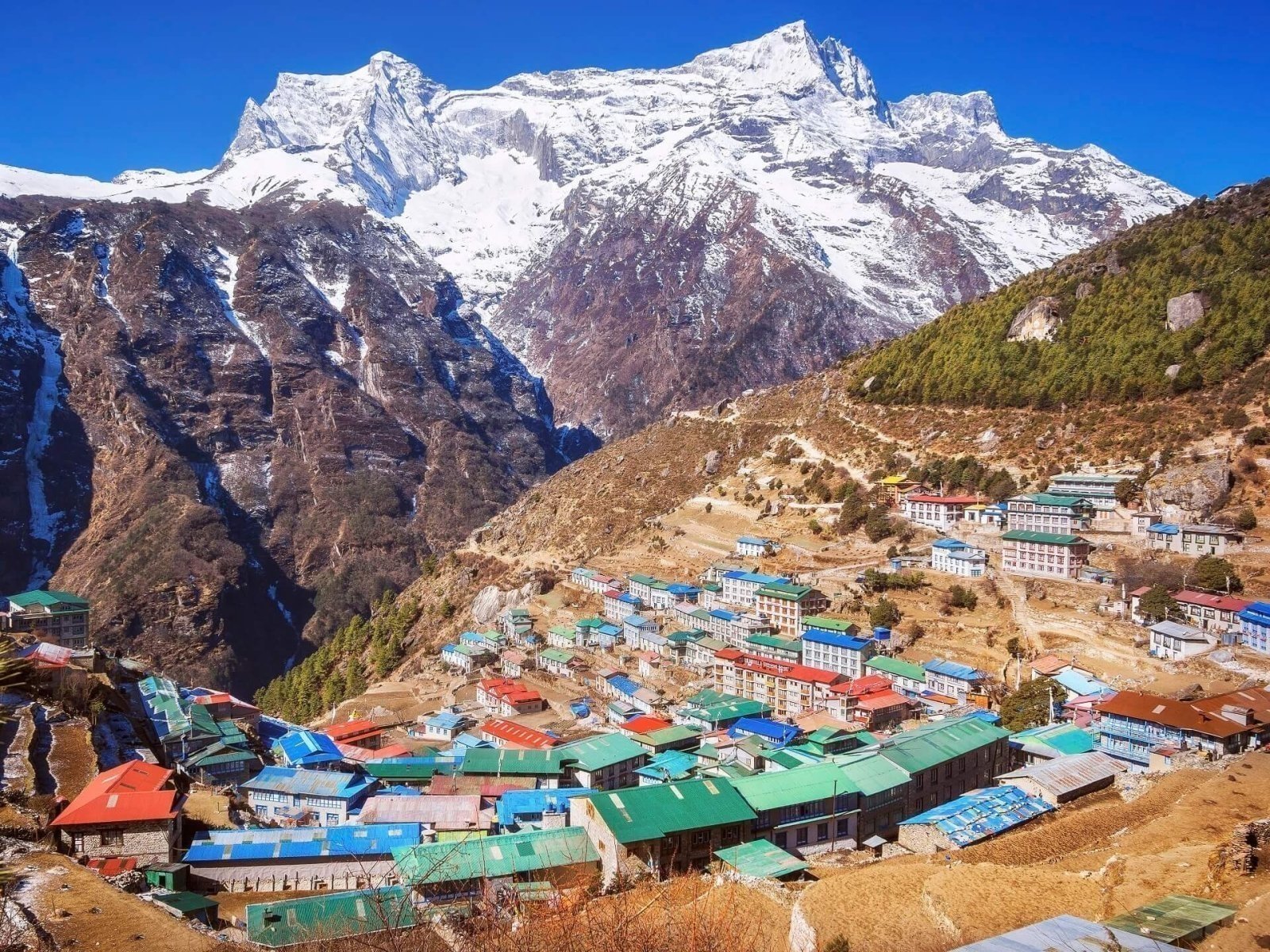 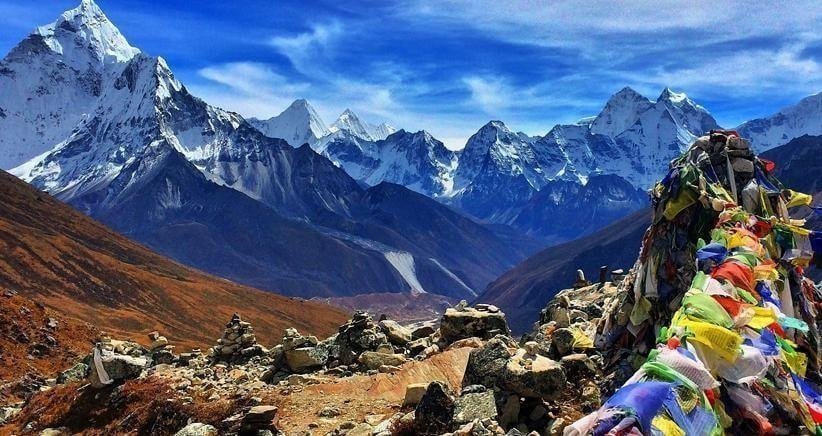 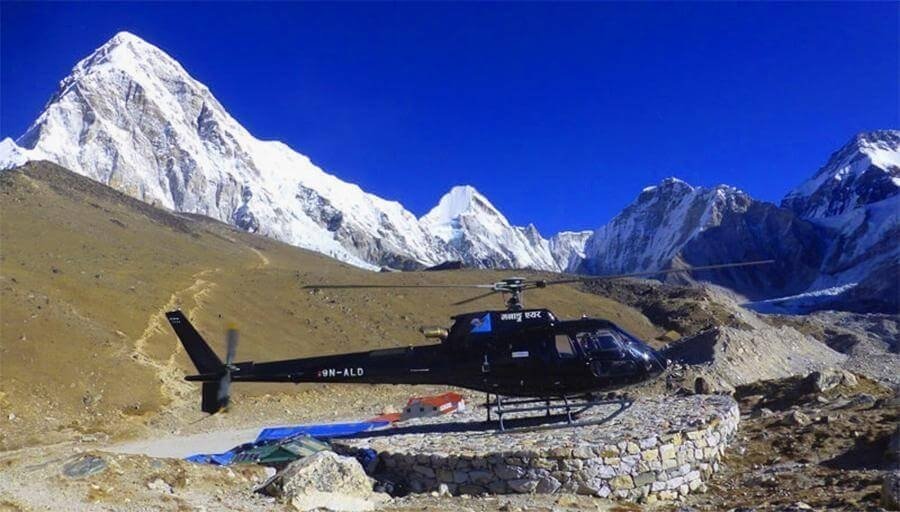 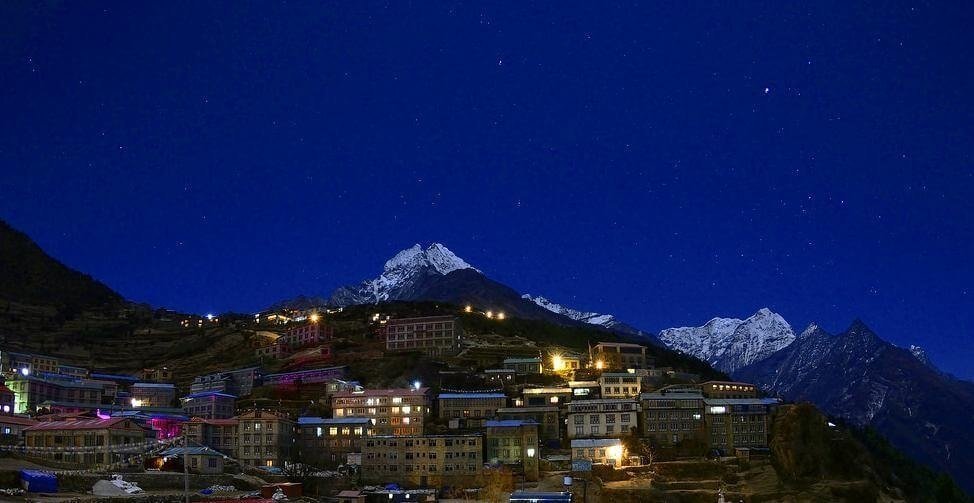 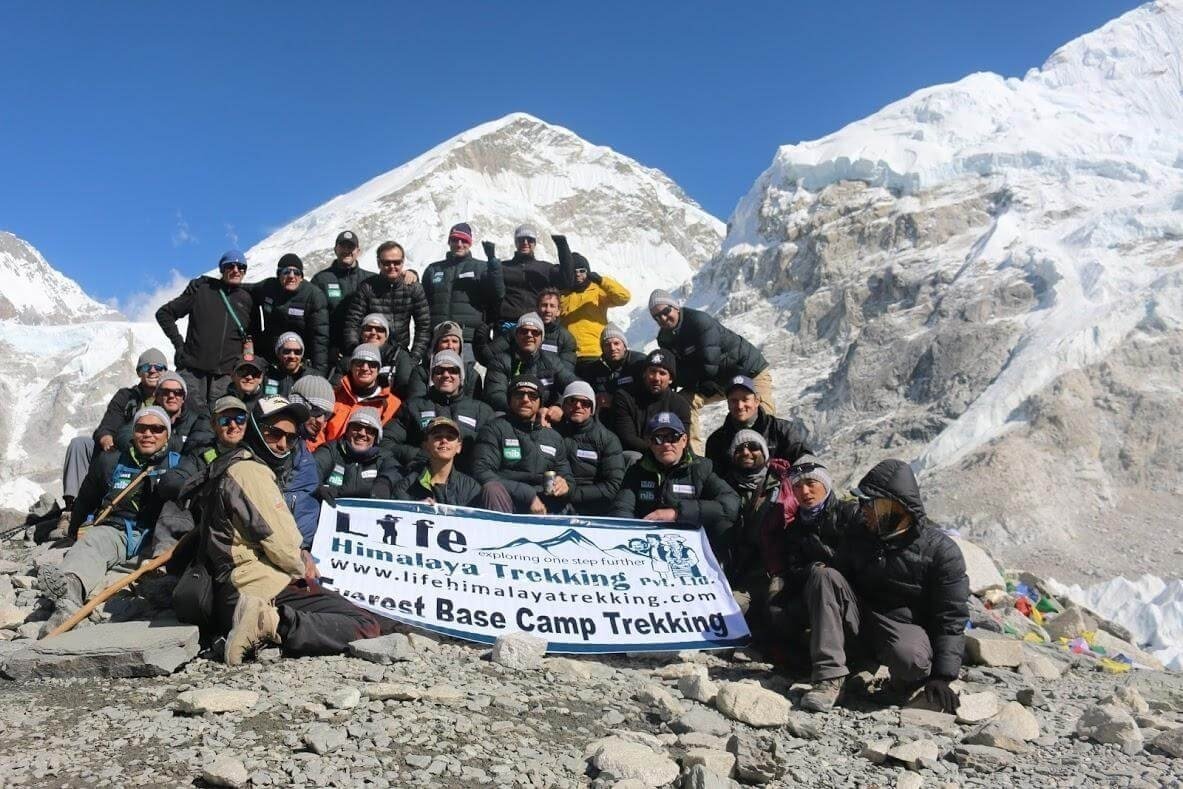 DAY 1 - Arrival in Kathmandu (1,320 m/4,330 ft.) and transfer to Hotel. Today is your first day at Nepal.Upon your arrival Arrival day at Tribhuvan International Airport, Kathmandu; Life Himalaya trekking representative happily welcome and will pick you up from airport and easy transfer to your respective hotel with our private vehicle as per your group size.In evening, you will be introduced with your trek guide and conduct trip briefing session in short at our office. Overnight stay at 3 star rated hotel in Kathmandu. DAY 2 - Fly to Lukla (2,804 m/ 9,200 ft.) & trek to Monjo (2,835 m/9,301 ft.) 4-5 hrs. Today, early morning we will fly to Lukla. After 35 minutes flight, we will landed at one of the most adventurous and extreme airport Lukla. After reaching Lukla we will meet our Porter and we trek towards Monjo passing through beautiful Sherpa village of Ghat and towards Phakding, Overnight stay at best available teahouse in Monjo. Meal Included: Breakfast, Lunch & Dinner. DAY 3: Trek from Monjo to Namche Bazaar and excursion towards Syangboche (3,880 m/12,726 ft.) 4-5 hrs. Today we start our day after having breakfast. Throughout the day we will passing through colorful landscape following enormous Dhudh Koshi River and via Sagarmatha National Park. Then we cross the Hillary Bridge and climb up to Namche Bazaar. After having lunch, we hike up to world's highest placed luxury hotel- Everest View Hotel. Observing Sherpa's culture, traditions and primitive lifestyles, oldest and ancient Buddhist monasteries we return back to Namche for overnight.Overnight stay at best available tea-house in Namche Bazaar. Meal Included: Breakfast, Lunch & Dinner. DAY 4: Trek from Namche Bazaar to Tengboche (3,867 m/12,686 ft.) 5-6 hrs. After having breakfast we will trek up to the Tengboche. Tengboche is also the main destination for the Buddhist culture tour to Everest because this monastery is the oldest monastery and largest holy places for Buddhist and Tibetan. From here we can view the different mountains including, world highest mountain Mt. Everest.Overnight stay at best available tea-house in Tengboche. Meal Included: Breakfast, Lunch & Dinner. DAY 5: Trek from Tengboche to Dingboche (4,350 m/14,272 ft.) 5-6 hrs. Today we will trek to the Dingboche viewing the amazing views of the Mountains and passing through mountain valley, mountain rivers as well shrines which made for died Sherpa’s and climbers.Overnight stay at best available tea-house in Dingboche. Meal Included: Breakfast, Lunch & Dinner. DAY 6: Trek from Dingboche to Lobuche (4,930 m/16,170 ft.) 5-6 hrs. After having breakfast we will trek towards Lobuche passing by capturing best views of the mountains from its closer point, mountain valleys, small glaciers, Himalayan Rivers and yak farm. Rest overnight at Lobuche. Overnight stay at best available tea-house in Lobuche. Meal Included: Breakfast, Lunch & Dinner. DAY 7: Trek to Gorak Shep (5,170 m/16,961 ft.) and hike to Everest Base Camp (5,364 m/17,598 ft.) And Helicopter fly back to Lukla (2,804 m/ 9,200 ft). 6-8 hrs. Today is the day for fulfilling your dream to Everest base Camp. We will start our trek after having breakfast. Then we reach to Gorakshep and enjoy our lunch. After having lunch we trek towards final destination Everest base Camp. After enjoying scenic time at EBC we heads back to Gorakshep to take a helicopter fly back to Lukla. Overnight stay at best available tea-house in Lukla. Meal Included: Breakfast, Lunch & Dinner. DAY 8: Flight back to Kathmandu (1,320 m/4,330 ft.) and transfer to hotel and free day. 35 min. Today after breakfast early morning we will fly back to Kathmandu international airport from Lukla. After arriving at Kathmandu whole day is free for you. If you want to join any other one day activities in Kathmandu and near Kathmandu we are always here for you. In evening Life Himalaya will take you to the reputed cultural restaurant for farewell dinner enjoying Nepali traditional music with cultural dance. Overnight stay at 3 star rated hotel in Kathmandu. Meal Included: Breakfast DAY 9: Final Departure. Our adventurous journey in Nepal ends today. Our representative will transfer you to the International airport three hours before your flight schedule towards your home with a warm greetings and hospitality hopping you to see next time in Nepal. Meal Included: Breakfast

How much time does the Short Trek to Everest Base Camp - 9 Days Trip take? 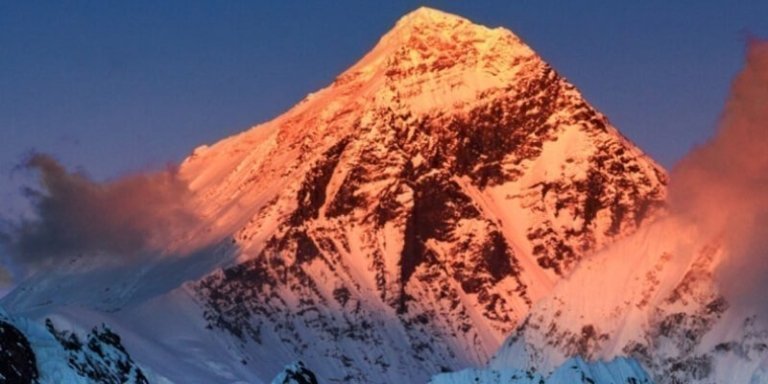 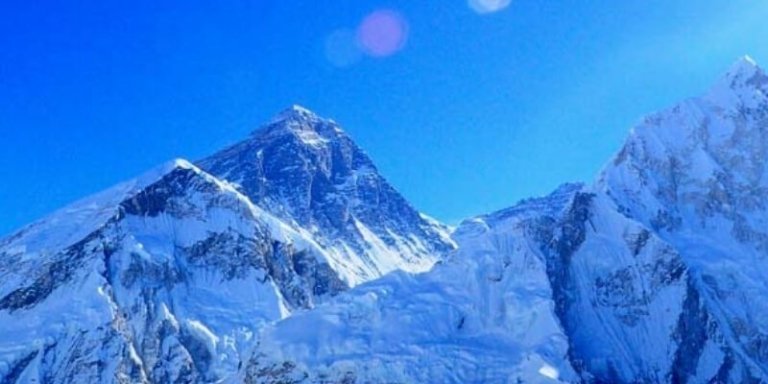 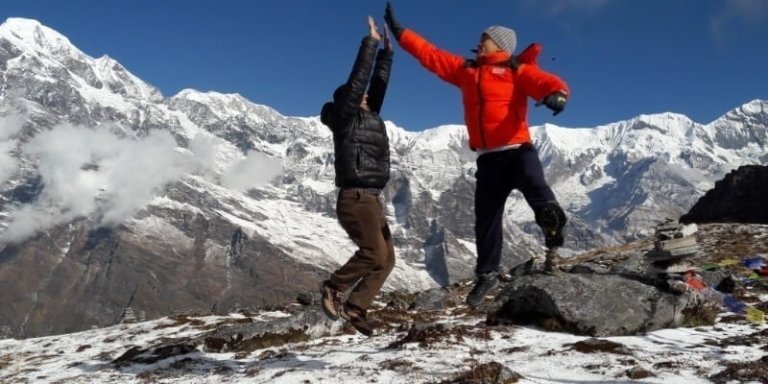 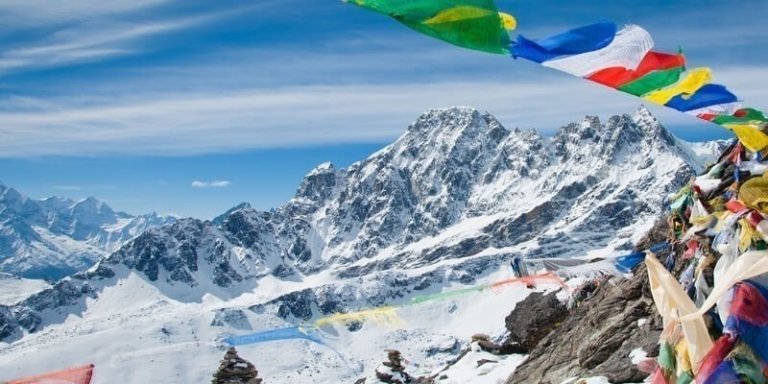