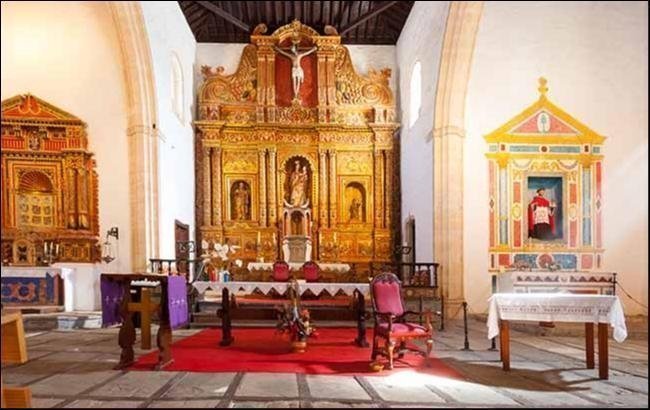 Iglesia de Santa Maria de Betancuria is the name of the most beautiful church on Fuerteventura island, situated in a small town of Betancuria. Being an old religious building that has its roots back in the early 15th century, the church draws attention by its light-colored walls and strict symmetry of the exterior.

The Iglesia de Santa Maria de Betancuria is originated from a small oratory built-in 1410 when the Norman knight Jean de Bethencourt who conquered the lands of Fuerteventura. Erected there for promoting the appealing image of the Virgin Mary to aborigines and later for christening the indigenous people, the oratory developed into the example of Norman Gothic church. Fourteen years later, Iglesia de Santa Maria de Betancuria was consecrated the Diocese cathedral in the Canary islands by the Pope. However, more than a century later the church was destroyed along with the rest of the village as a result of the pirates' invasion who plundered Betancuria in 1593. The only original thing which remained up to this day is a belltower. The rest of the St Mary's church was rebuilt by architect Pedro de Parraga, although the reconstruction works lasted from 1620 to 1691.

Today, the church is distinguished because of its stylistically rich interior that manages to combine original Gothic, Renaissance and Baroque elements. Iglesia de Santa Maria de Betancuria has three naves decorated by semicircular arches, beautiful coffered ceilings, and seven altarpieces, among which the most impressive one is Altar of Immaculate Conception, made of polychrome, gold, and stone. One of the niches it contains the image of Immaculate Conception and the wood carving of St Sebastian, the patron saint of the island. The main altarpiece is also worth mentioning. Made in Baroque style by Francisco Hernández, it is made of wood and polychrome with plant patterns. It also contains paintings of the Apostles and the sculpture of Our Lady of Conception.

If you want to see an amazingly beautiful and stylistically eclectic island church of Iglesia de Santa Maria de Betancuria, then be sure to come round when you happen to be in Betancuria town. 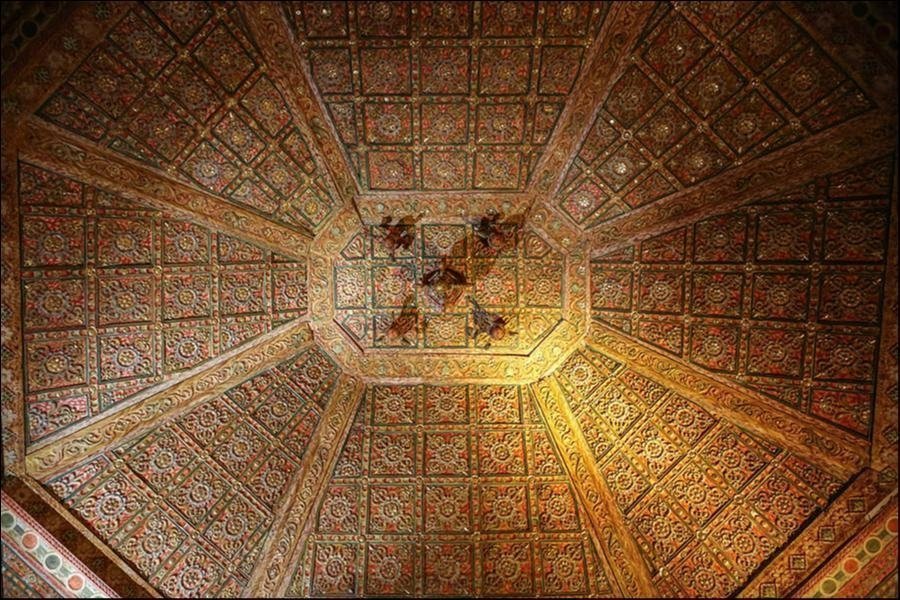 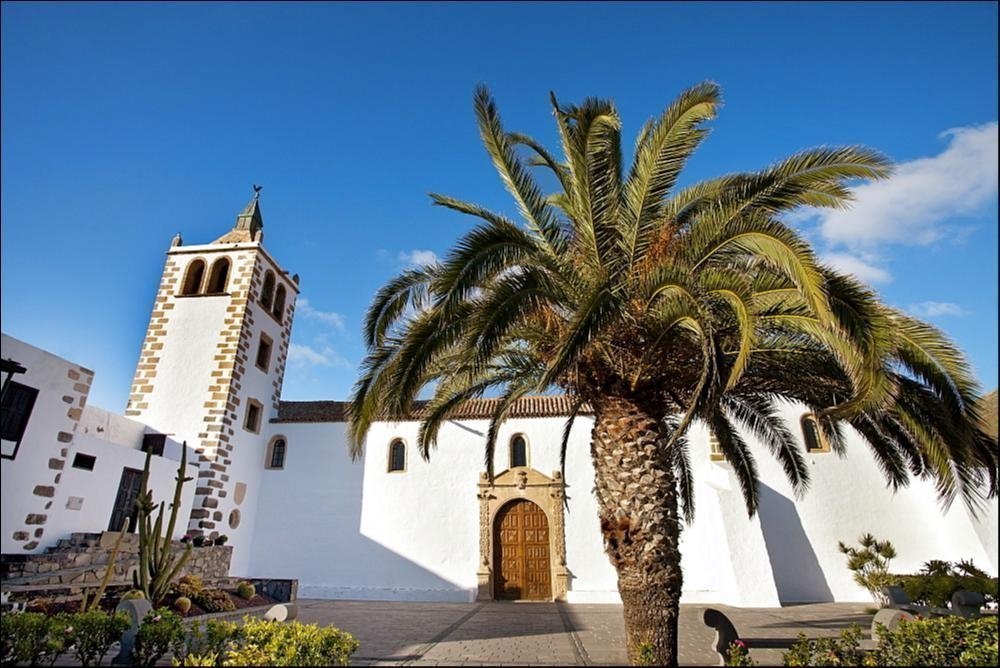 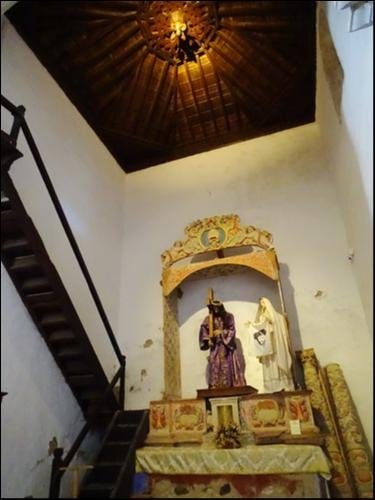 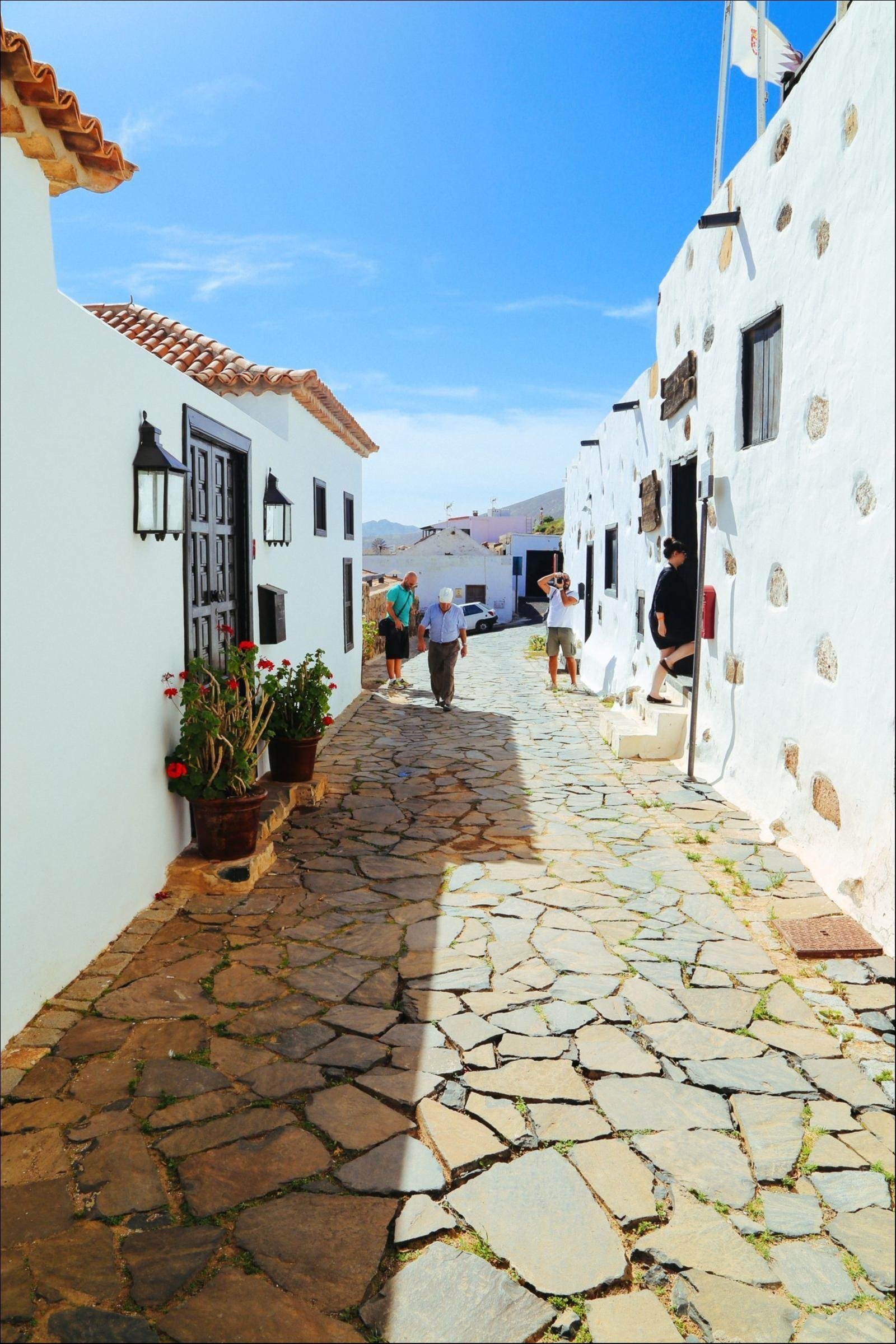 Betancuria is a little town, situated in the municipality of the same name on the island Fuerteventura, which belongs to the Canary archipelago. It is one of the most ancient towns found on the island and Attraction Detalis >