Things to do in Tenerife South

Things to do in Tenerife South

To travel and see the world is everyone’s dream. The world has more than enough to offer anyone who wishes to travel. Coming to the number of travel destinations on the planet, there are plenty of choices we can pick from. With more than enough to go around for the average traveler, one is spoiled for choice at any given moment. Whether it is the frozen tundra or the rich tropical getaways, the earth is diverse beyond belief. One such place happens to be located in the warm waters of the Atlantic called the Canary Islands.

Situated in the subtropical region of the Atlantic Ocean, the Canary Islands are a poet’s fantasy beyond compare.  As many people believe named after the small birds of the same name, the islands are a chain stretching across a vast stretch of the Atlantic and a part of Spain. There are numerous amazing islands worth seeing in the Canaries. One such island happens to be that of Tenerife. Situated roughly in the middle of the island chain, Tenerife is one of the most popular tourist destinations in all of the Canaries and Tenerife South is the best destination to stay on the island. Given below in the list are a collection of 12 things to do in Tenerife South:

1. Experience the Vastness of the Atlantic

The Canary Islands are located in the Atlantic Ocean, just off the North African shore. 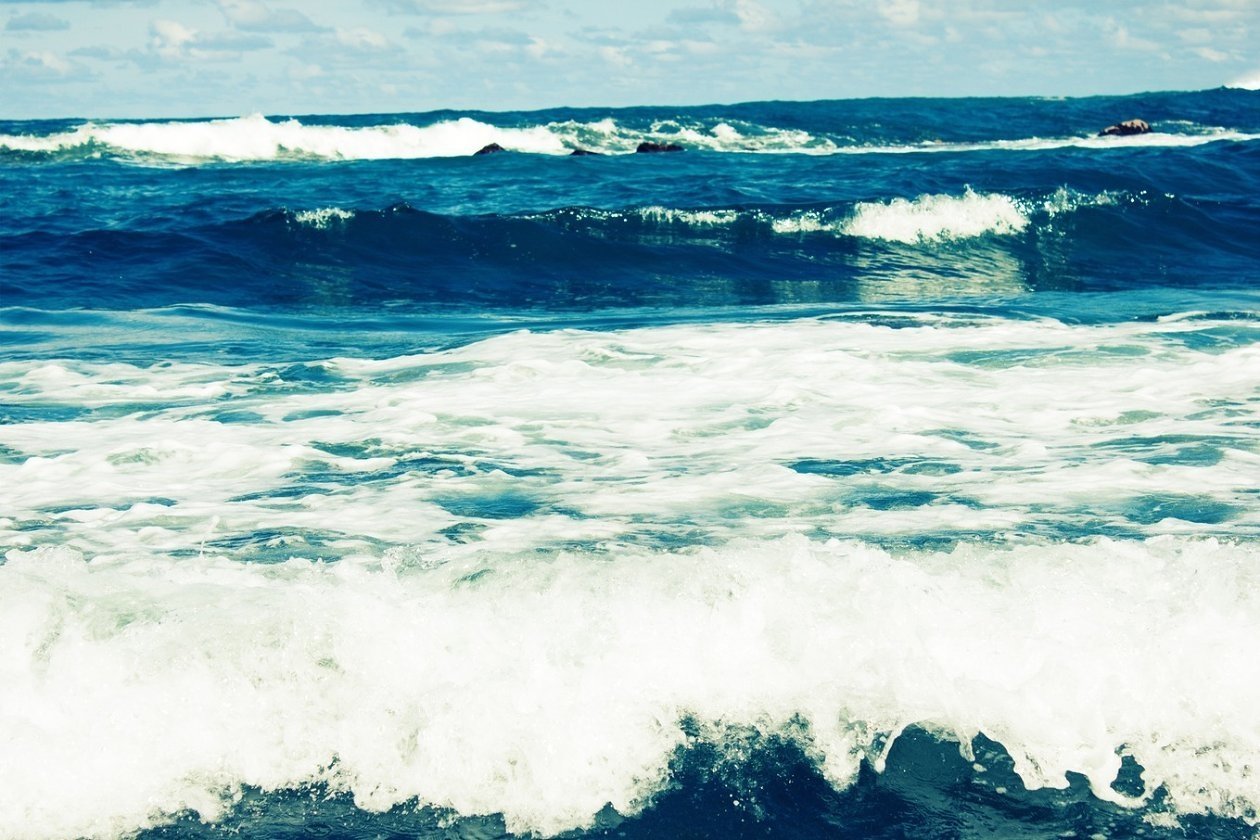 Situated just above the tropical regions of the Atlantic, the Canaries have much to offer when it comes to a splendid ocean view. Given that Tenerife is an island, you can look forward to experience the Atlantic Ocean views from all parts of the island, but form the South of Tenerife you can ofter see also La Gomera, La Palma and even El Hierro islands.

If there is one of the things to do in Tenerife South that you don’t want to miss out on, this would be it. There is a reason the Canary Islands are called the Canary Islands. Some people believe it related to dogs - 'cano' in Latin and the others believe it is related to a small species of finch that is found all across the island, often in very large numbers. 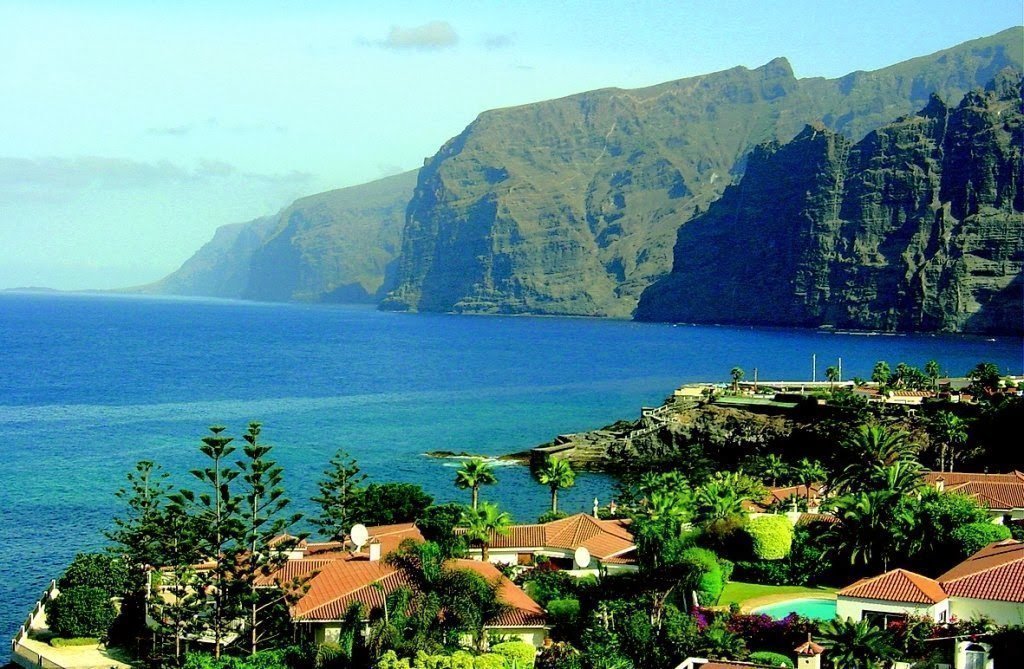 While you may not be able to spot these birds in the more built up places, you’ll still be able to catch a glimpse in the countryside, where they are abundant. Found in bushes and other vegetation, they are an excellent visual treat.

3. Don’t Forget the Other Birds That Also Call This Island Chain Home

There are a lot more birds calling the Canary Island home than just the canaries. You can actually look forward to spotting a wide variety of birds while visiting this island. 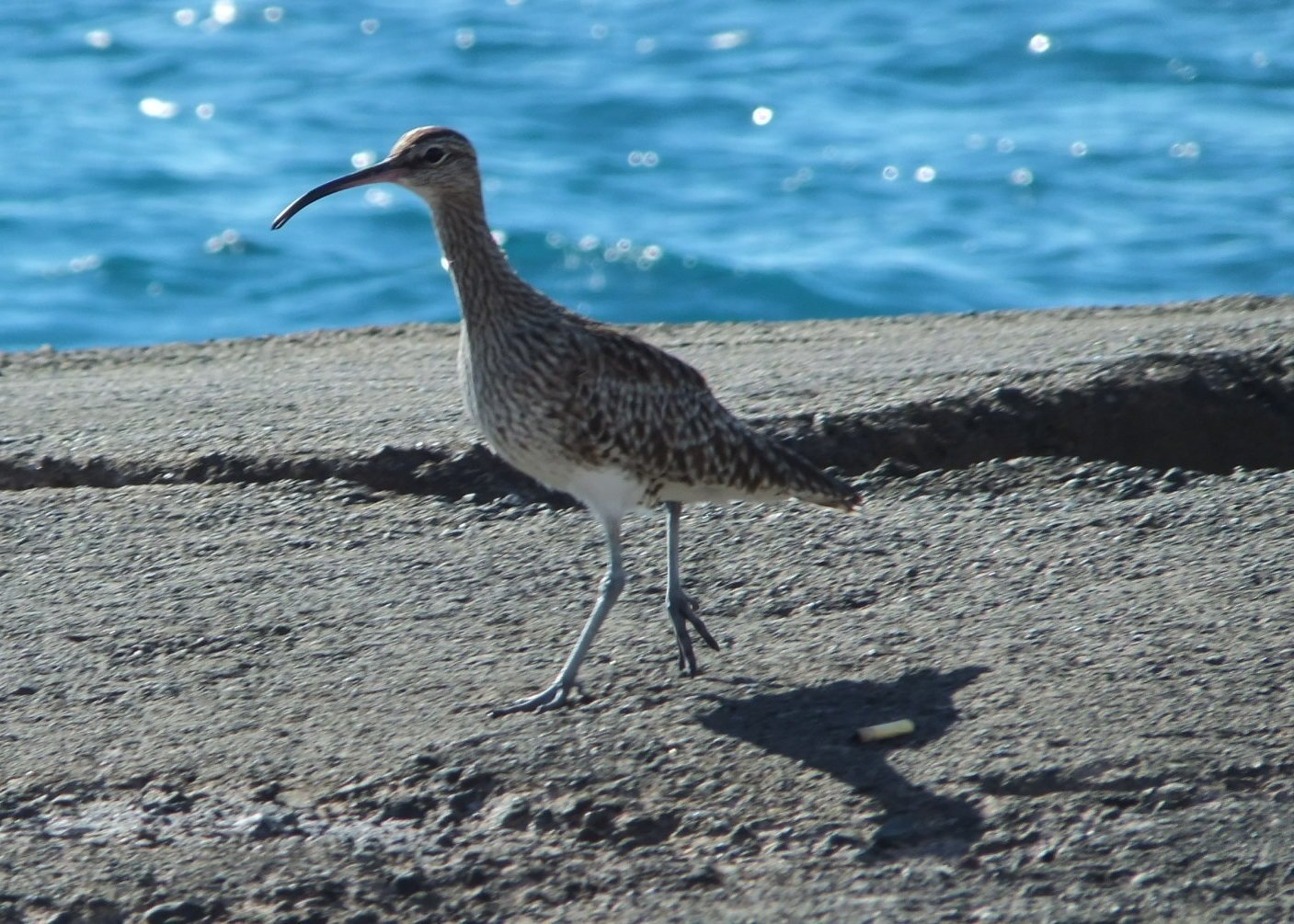 Among them are species like Blue Chaffinch, Tenerife Goldcrest, Berthelot's Pipit, etc. This would be one of the other things to do in Tenerife South, in addition to checking out the canaries.

One of the most popular things to do in Tenerife South would be to taste its splendid wines. The region is famous for its vast vineyards and a well developed wine industry.

If you are into wines in any way, you’ll find this island to be a very interesting place. Thanks to the many wine tours that operate on the island, you can look forward to experiencing all the wonders of winemaking, from the vineyard to the bottling.

5. Relax on the Sandy Shores

Tenerife is famous for several sandy stretches, both popular and otherwise. Surrounded on water on all sides, there is plenty of sand to go around, whether they are crowded stretches or isolated ones. 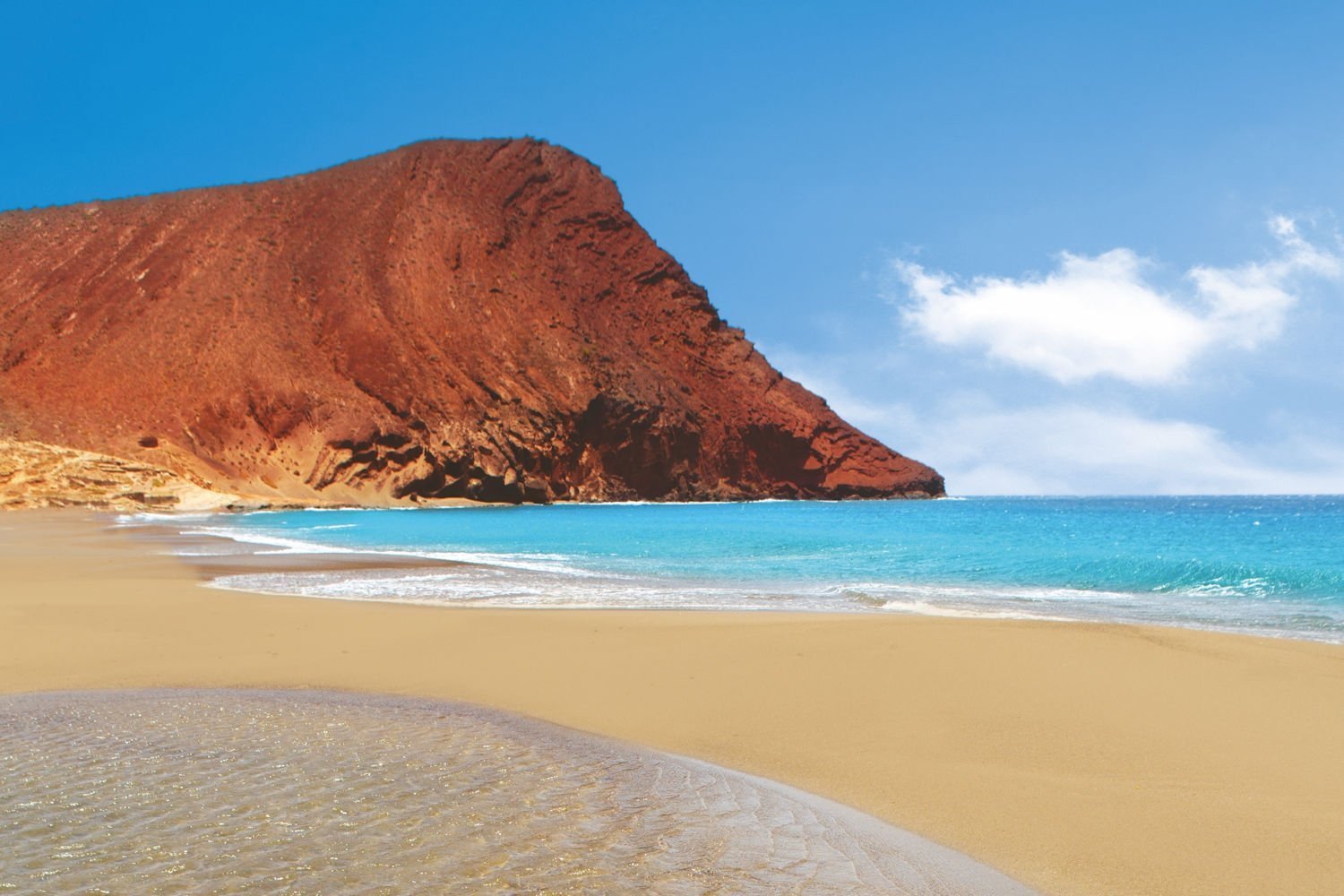 Regardless of your personal preference, there is something for everyone - you can take a jet ski tour, parascending flight, snorkelling tour or even try diving in Tenerife South.

6. Learn Spanish with the Locals

What better way to do so than living with the people who speak it? In other words, why not learn Spanish in addition to the other things to do in Tenerife South? 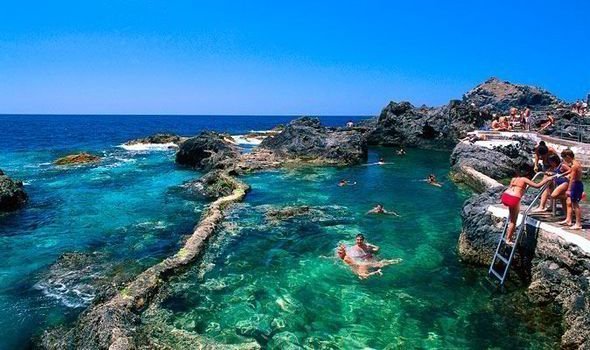 The people of the Canary Islands are some of the most hospitable and welcoming in the world. You can look forward to brushing up your skills of Spanish while you go about your daily life on these islands on your vacation.

This is one of those things to do in Tenerife South that you wouldn’t want to miss out on; authentic Spanish food like no other!

One of the most interesting things about the Canary Islands is the various food dishes of the local people. Rich in Spanish heritage and a dash of seafood makes it one of the most unique combinations every.

If you are a foodie, the best way would be to eat like a local rather than tasting the stuff sporadically. In other words, while on your vacation here, eat like a local!

8. Visit Landmarks of the Island

The Canary Islands began as nothing more than a Spanish outpost a very long time ago.

To start off, the Spanish empire began to expand its influence across not just Europe but beyond as well. It was at that time that the Canary Islands came under the control of the Spaniards. After the Spanish settlements created settlements in the Canaries, the local cultures have greatly evolved into a unique entity unto itself. 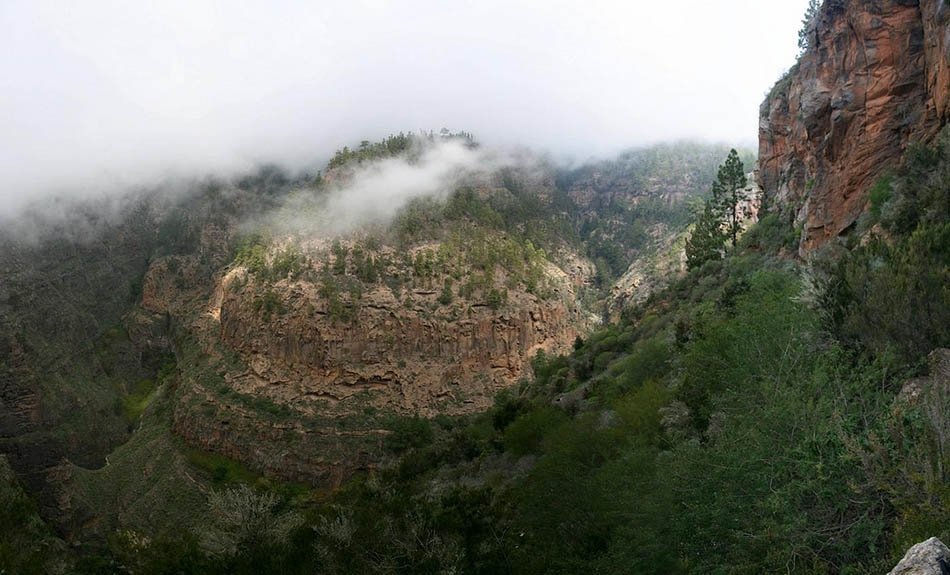 Due to these factors, there are plenty of interesting landmarks that are located all across the place. From old heritage buildings and the Barranco del Infierno, to the mysterious Guimar Black Pyramids, there is plenty for everyone. This makes a lot of the things to do in Tenerife South an amazing historical journey.

Tenerife has an excellent view of the ocean, meaning that you’ll be able to experience the ocean sunrise and sunset unlike anywhere in the world. With nothing in the horizon in the east as well as the west, those who are interested in the ocean sun can expect an amazing spectacle almost every day. 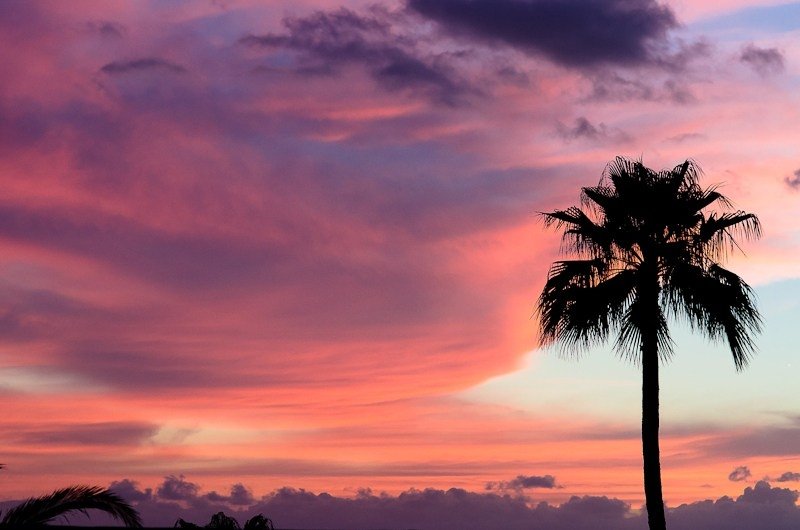 In addition to all of the other things to do in Tenerife South mentioned above, don’t miss out on this one.

10. Enjoy the Amazing Natural Beauty of the Island

The Canary Islands are a chain of mountainous islands, rich with peaks and cliffs throughout the region. This makes amazing and adventurous things to do in Tenerife South, like hiking, trekking and so on an excellent event on you itinerary. So if you are into trekking and would like to experience some amazing natural destinations, you can look forward to visiting islands like Tenerife in the Canaries. 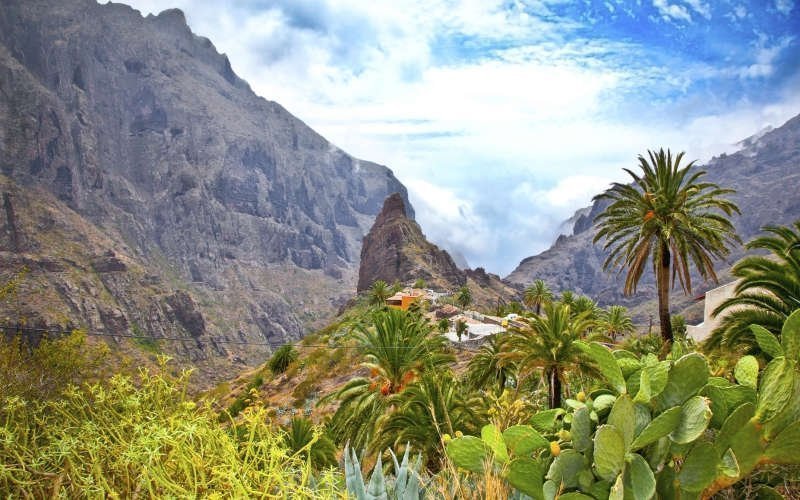 Some of the most important of attractions on the island include, but are not limited to the Mountains of Tenerife, Cliffs of the Giants, Las Canadas National Park, Tenerife volcanoes, etc.

This is not exactly one of the things to do in Tenerife South, but certainly comes close to it. Given that you’ll have to head out into the waters, it is probably more like the things to do ‘beyond’ Tenerife South. You will probably have to do a little bit of traveling into the ocean, but there are a lot of whales and dolphins that swim about in the oceans around these islands. 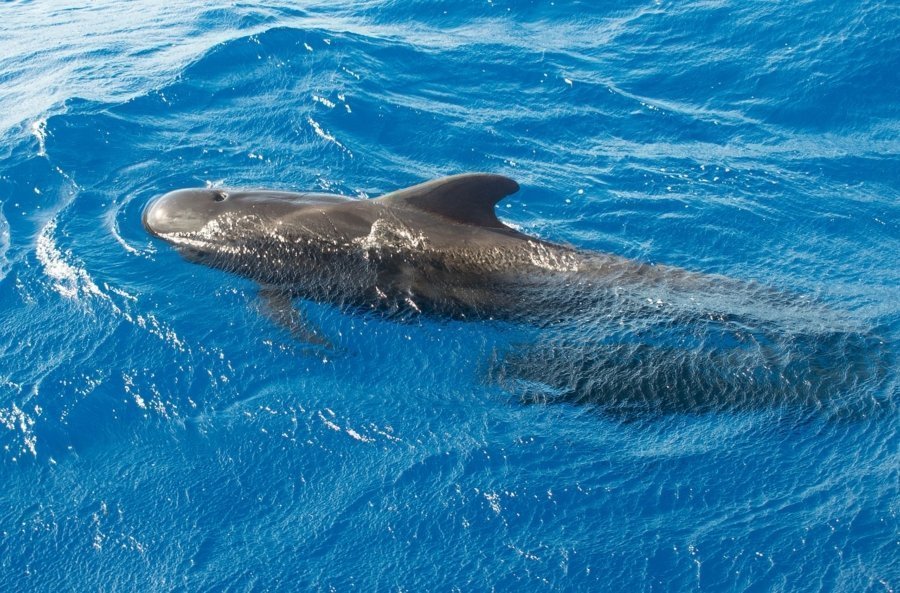 If you are into wildlife, make sure to book one of the best boat trips in Tenerife South that caters to the whale watching industry.

Although the Canary Islands are some of the most remote in the world, they happen to retain much of the Spanish heritage left by their ancestors.

As a result, there is a lot of Spanish cultural influence everywhere. And what better way to experience it than to explore the local Spanish villages So try to include visiting these villages one of the things to do in Tenerife South, while you visit this tropical paradise. 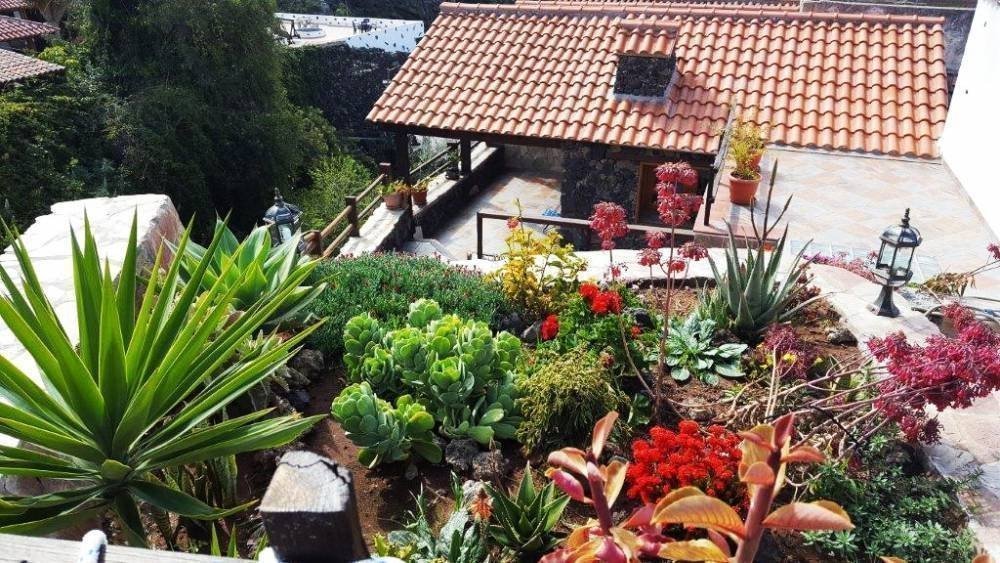 Some of the villages that you can start off with are El Puertito, El Médano, La Caleta, etc.

As a whole, the Canary Islands are one of the most amazing places in the entire Atlantic Ocean. And in this lovely Atlantic paradise is Tenerife, one of the largest and beautiful of all islands in the region. Rich in its Spanish heritage and lovely natural landscapes to go with it, the island chain is one place in the world that you’ll love to visit. With plenty of things to experience and even more to look forward to, rest assured that you’ll not regret doing any of the above things to do in Tenerife South, and more.

Volcano & Mount Teide private tour in Tenerife is the VIP class tour or shore excursion to the central part of Tenerife with the best rated guide in Tenerife. Read more ➤

Spectacular Go West - VIP Private Tour in Tenerife to Masca, Garachico and Icod along a curvy, but one of the most beautiful roads for sightseeing in the Read more ➤

Tenerife Island Tour - Teide, Masca, Garachico & El Drago is bus sightseeing Tour from Tenerife South and is one of the best coach tours in Tenerife. With this Read more ➤

North Tenerife Bus Tour to La Laguna, Anaga & Taganana from Tenerife South is the one of two must do coach tours in Tenerife. With this bus tour you are going Read more ➤

Private VIP Tour Tenerife Magic Circle is an unique experience. You will visit more than a half of the island and will see not just the most famous Read more ➤

Tour Around the Island - Private VIP Tour in Tenerife is an exceptional exclusive private day tour around whole the Tenerife island. You will experience both Read more ➤

Teide Sunset & Stars Private VIP Tour in Tenerife is probably the most romantic and unusual experience you can have in Tenerife. Meet incredibly beautiful Read more ➤

Details
See all tours and activities in Tenerife South