When people think about Tenerife volcano the first thing in your mind is surely famous Mount Teide volcano. In the case that you listen deliberately enough, you will hear the profound thundering of a land that was made without any preparation by a lot of volcanoes. In spite of the fact that Mount Teide stands biggest on the island, it isn't the only volcano on the Island. There are many other mounts that you can call as Tenerife Volcano. Now, set out on an experience to find them, set foot on their frozen magma streams and feel the amazing scenery coming like from a different world. Imagine you're an adventurer looking for the mysterious heart of our planet. 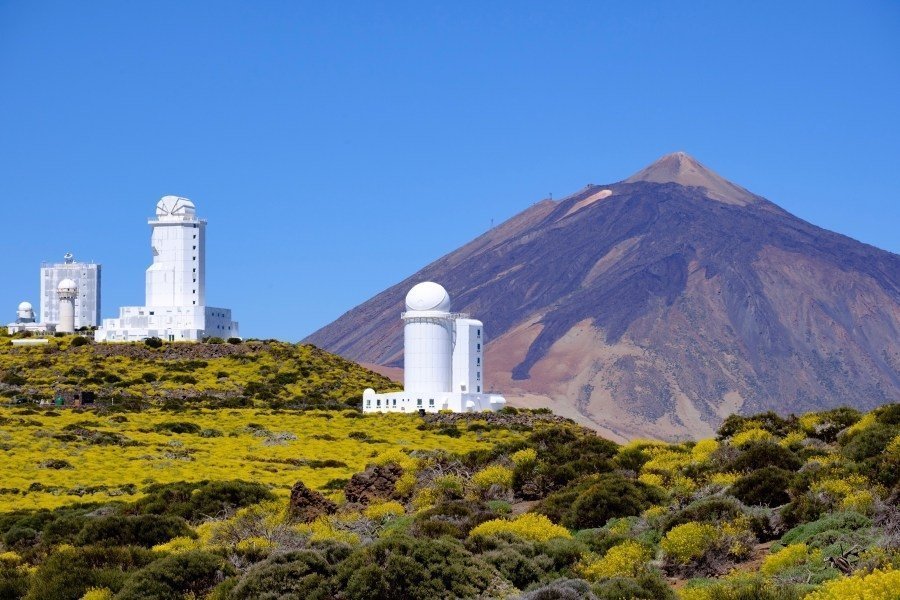 First of all, on the list of Tenerife volcanoes Mount Teide is absolutely must see and must do! There are many options to visit Mount Teide - from the best one taking a private Volcano Teide tour, through the cheapest bus tour to Teide to a specific Teide quad safari or even better Jeep off-road tour in Tenerife. You may also do as most of visitors do renting a car and going up to use the Teide cable car - obvious idea, but really not the best. Why? Because lot of people do it, so it's guaranteed you will be in a crowd following bitten ways and seeing only a few most important spots. Anyway, no matter what you choose, you must see Mount Teide!

Native people of Tenerife, Guanches, believed the Volcano Teide was a holly place. As it indicated in the old Guanches story, the bad demon Guayota kidnapped the god Magec who was their bright lord of light.  He detained him inside of the mount with liquid magma, diving the world into haziness. Guanches then approached their main god Achaman and asked him for his help, so Achaman battled against Guayota, liberated Magec from the Mt Teide volcano and then put the Devil Guayota inside of Teide. So, from that moment and forward, Guayota has remained living inside of Volcano Teide.

When Guanches were going toward Mt Teide along an eruption, they were bringing lights and fire with them to panic the Demon and they imagined Guayota as the scary black dog surrounded by ghosts. The Guanches likewise also trusted the Tenerife volcano Teide held was supporting Earth skies.

You maybe already understood - Mount Teide is the main volcano in Tenerife, Canary Islands and Spain. That's why it also often called by people as the Tenerife Volcano. And not without a reason - reaching 3718m (12198ft) altitude over the sea level it is also the highest peak of Spain and the highest point of whole Atlantic Ocean! If you count from the bottom of the ocean, Volcano Teide reaches 7500m (or 24600ft) altitude and it is the Earth's third-tallest volcanic mountain. 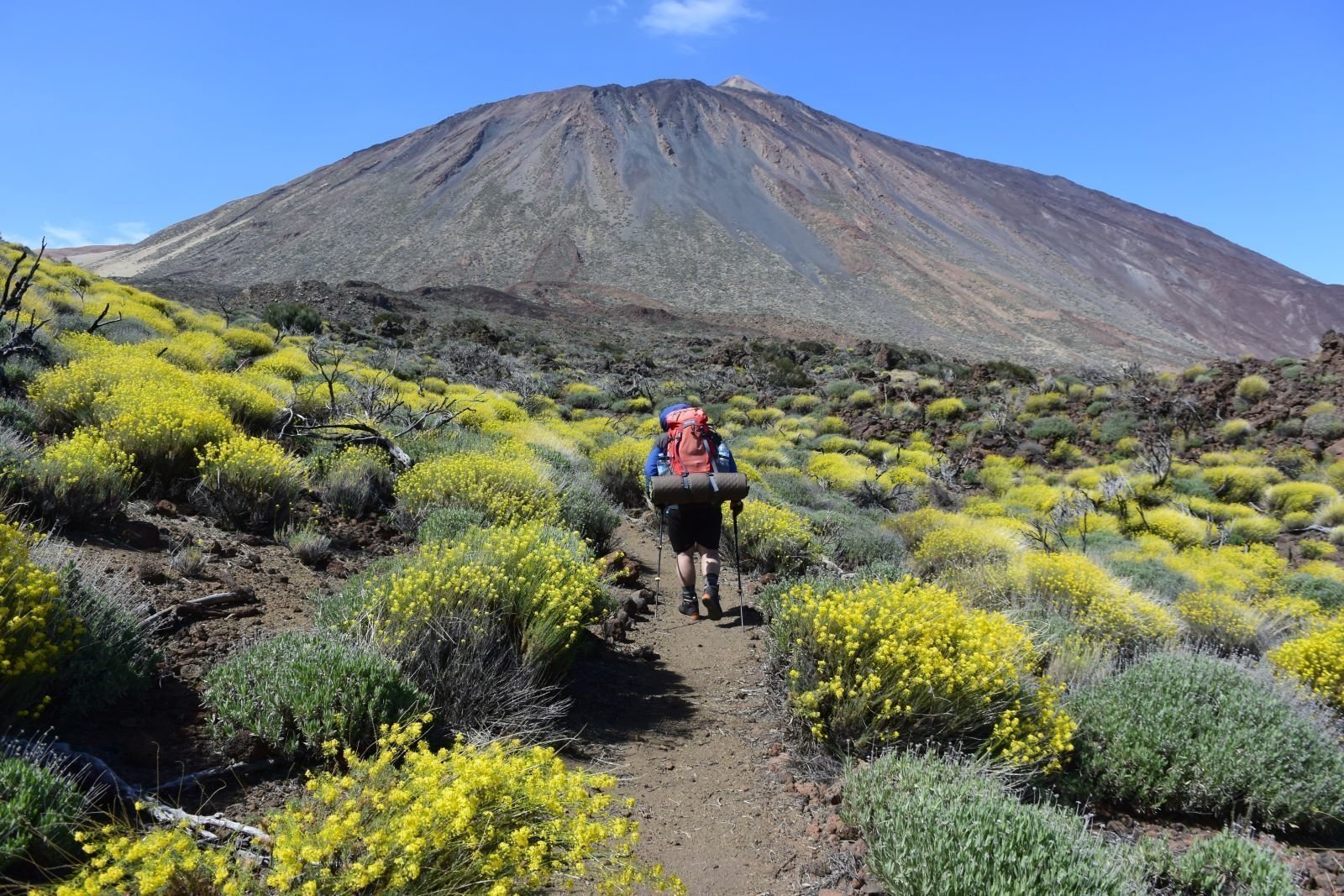 The other interesting fact is that Mount Teide is located within prehistorical crater - Teide National Park by itself and which's the biggest single crater in the world. It also was called the World Heritage Site by UNESCO in 2007. Because it offers really extraterrestrial scenery and amazing views it become extremely popular natural attraction and the most visited nature site not just in Spain, but in whole Europe. Millions of tourists coming every year to enjoy it's amazing scenery that Tenerife Volcano offers you.

Volcano Teide in fact consist of two main peaks - the highest Peak of Teide and a bit lower Old Peak - that's funny mane, because the so called Old Peak of Teide is younger, in fact. The last eruption took place from the side of the Old Peak and it was some 6000 to 5000 years ago. As you probably guess, Volcano Teide as well as all the other Tenerife volcanoes are dormant. At least, if we are talking about real eruptions and real volcanic activity.

Generally the geological history of the island is the history of Tenerife volcanoes that formed this beautiful piece of land in the ocean. We can roughly divide this island formation into the five main phases. 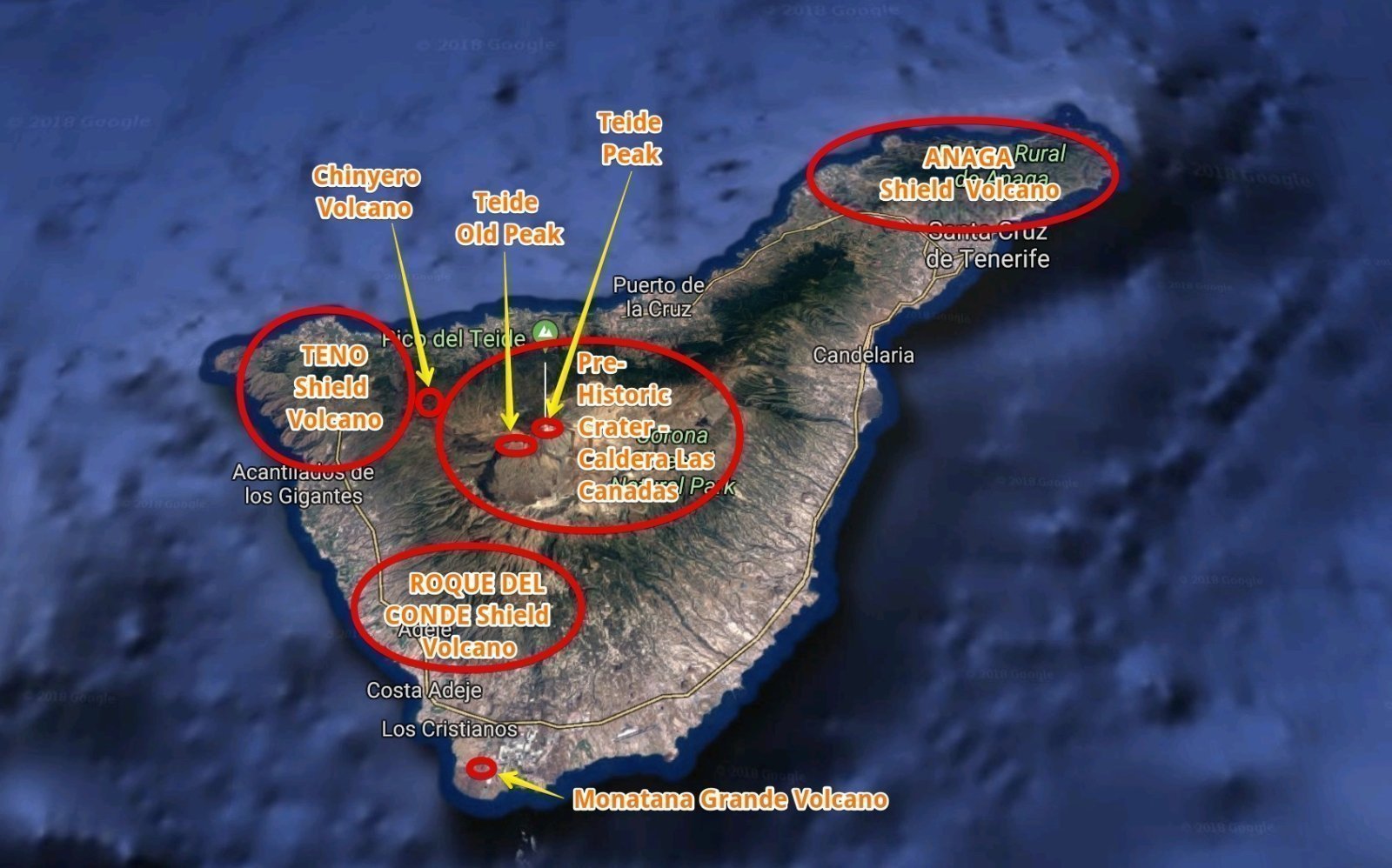 On the Second and Third Phases that took between 2 and 3 million years of massive erosion and land shifts. At the end of this long time, all geological activity starts to concentrate between these three shield volcanoes, almost in the centre of triangle and more toward the Anaga Shield volcano. It created the Las Cañadas volcano and the ridge connecting it with Anaga mountains.

On the next, Fourth Phase about 160 000 - 220 0000 years ago the peak of Las Cañadas volcano (it was 4500m high that times) erupted and formed crater of Ucanca. It was the time of dramatic volcanic activity so later on the next super-volcano Las Cañadas 2 born and very shortly exploded forming its caldera. The same way were formed and collapsed Las Cañadas 3 and 4 volcanoes. It was time of massive eruptions and gigantic landslides. Finally these enormous landslides from Las Cañadas toward the Teno, Roque del Conde and Anaga filled up the empty spaces and formed generally actual shape of Tenerife.

And finally (and maybe not, who know) more or less 160 000 years ago inside of the biggest single crater in the world - Las Cañadas two peaks of Teide were created.

As it was mentioned before, Tenerife volcano is not just Teide - it also the youngest volcano on the island called Chinyero, it's smaller Tenerife volcano Montaña Grande on the southernmost part of Tenerife, it's the only volcano with feminine name - Samara and many other smaller volcanoes of the island. Later we will tell you more about these volcanoes and volcanic formations in Tenerife.

When people think about Tenerife volcano the first thing in your mind is surely famous Mount Teide volcano. In the case that you listen deliberately enough, you will hear the 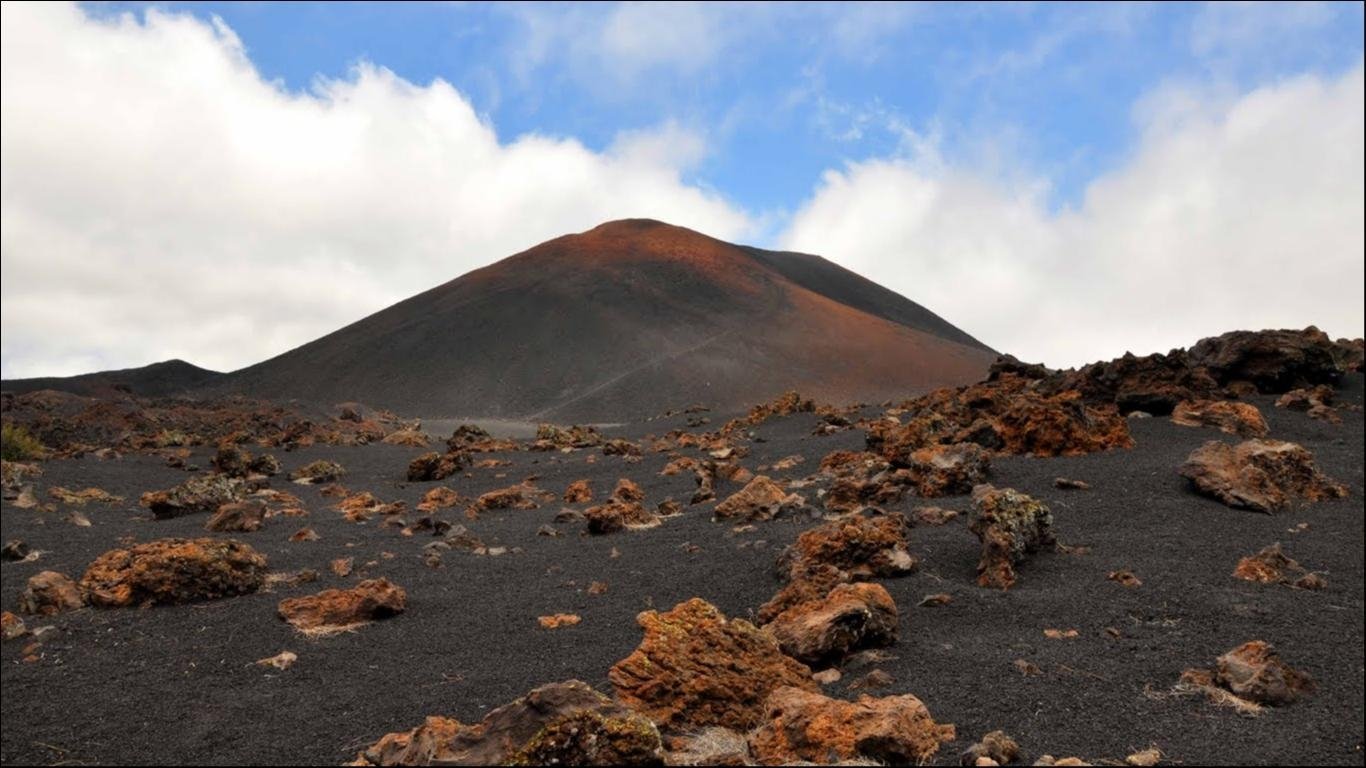 Thinking about a Tenerife volcano most of people remind the Teide Volcano, but there are also other significantly important volcanoes on the island. Here is described one of ... 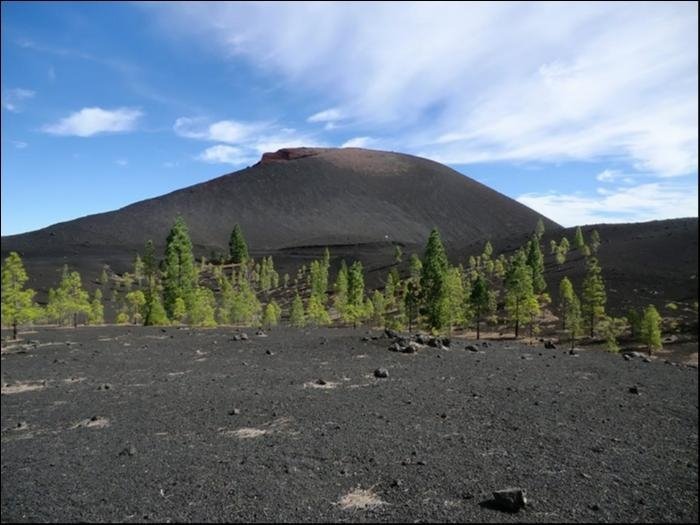 The eruption of another Tenerife volcano called Arenas Negras in 1706 was the volcanic phenomenon with the huge economic and social impact on the island of Tenerife despite ...

At the beginning of the trail to Tenerife volcano Samara, hikers have the option to climb to the peak of the Sámara volcano, where there are stunning views over a ... 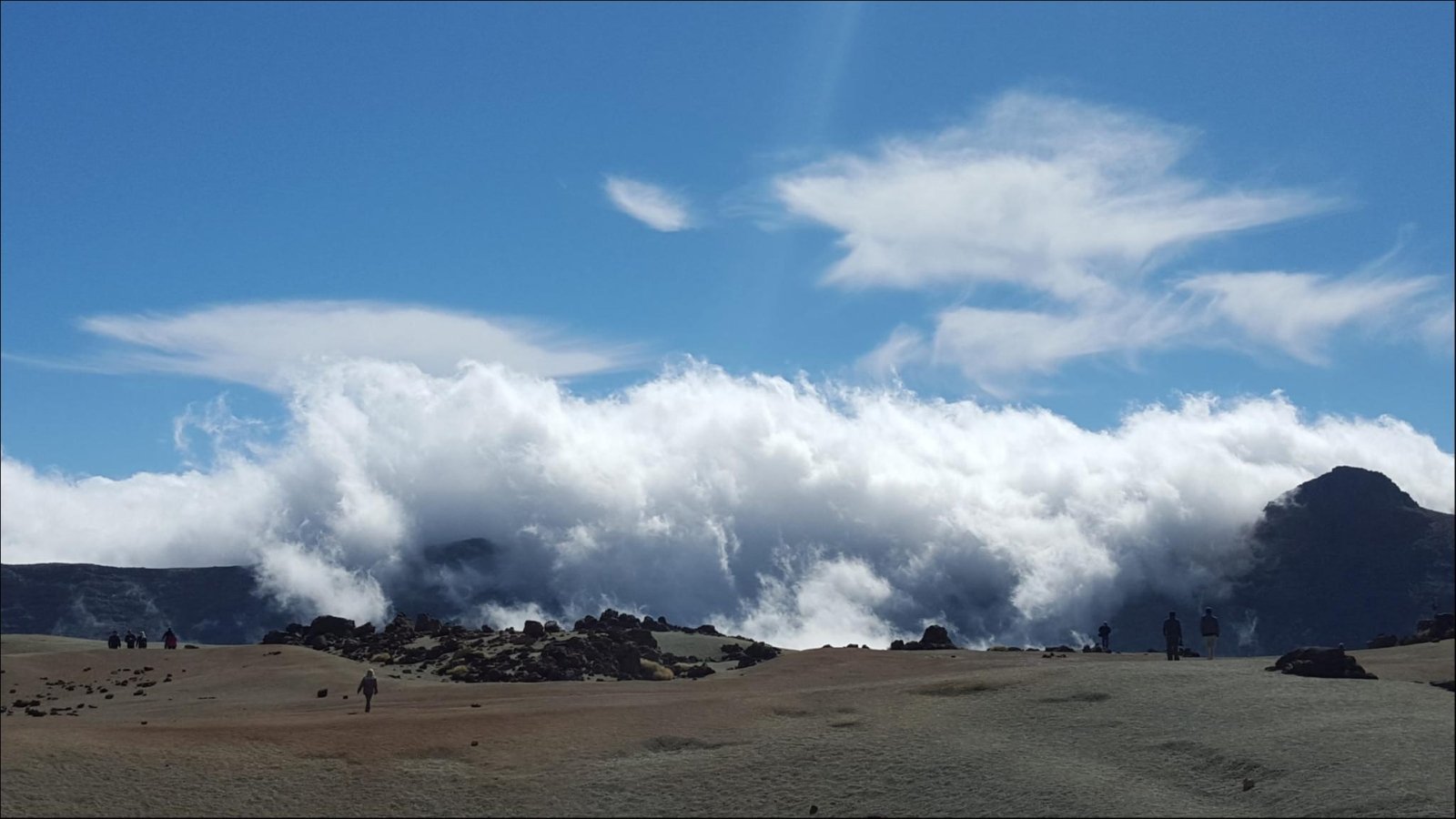 Today I present the Mines of San José, in the Cañadas del Teide. When I arrived at them, the landscape was familiar however odd at the same time. I think I had ... 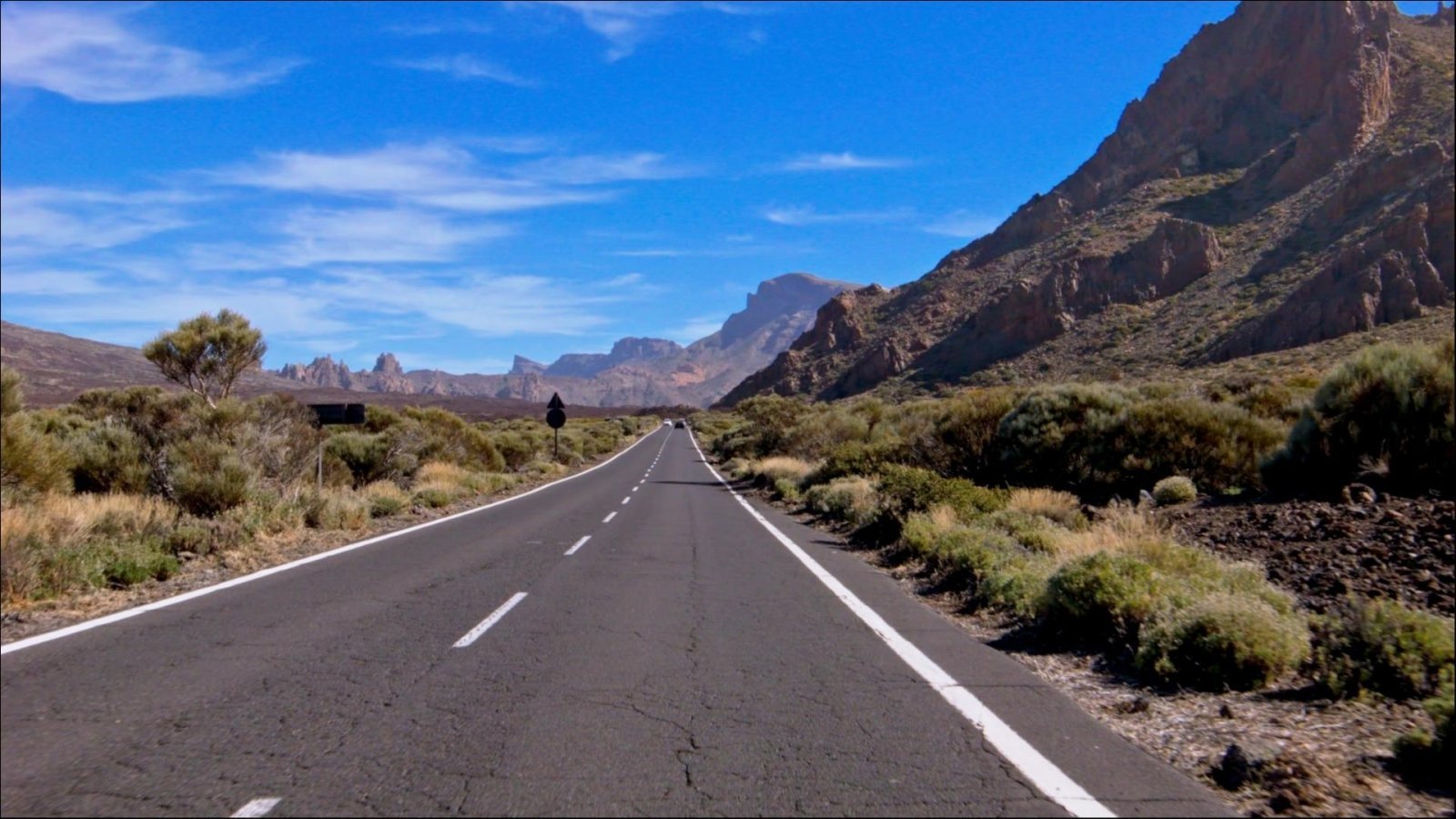 Once a poor banana-growing region before being redeveloped as a tourist hub, since the 1960s Tenerife has been known as a destination for those looking for a cheap sun holiday ...