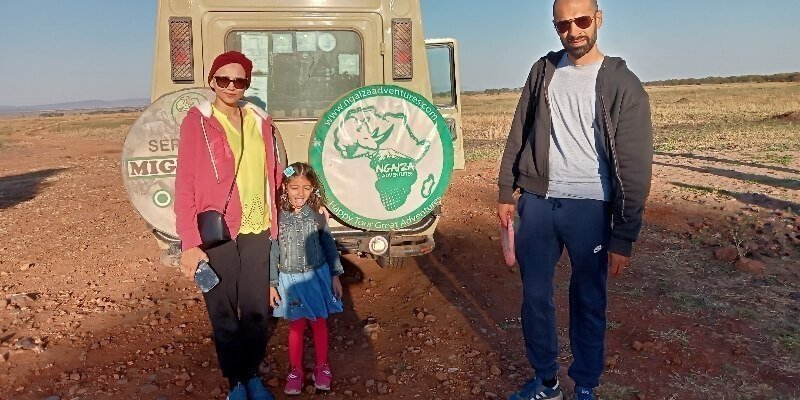 A six days safari you will visit Tarangire, Ngorongoro, Serengeti, Manyara and Lake Natron. The safari will include game driving, game viewing, walking tours, hiking, and culture exploration, crater ascending and descending and other destination related activities in specific destination. 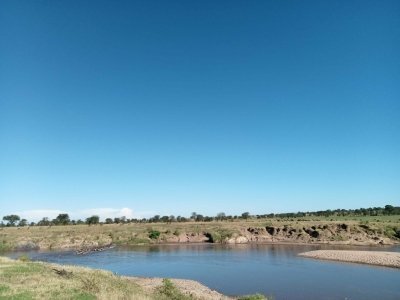 Tanzania thrilling experience adventure safari with Ngaiza Adventure LTD to the most visited national Parks in Tanzania. A 6 days Tanzania safari suggested to be adapted to suite your own personal needs and preferences or to any seasonal changes and migratory animal movements. A six days safari you will visit Tarangire, Ngorongoro, Serengeti, Manyara and Lake Natron. The safari will include game driving, game viewing, walking tours, hiking, and culture exploration, crater ascending and descending and other destination related activities in specific destination as they differ from one destination to another. 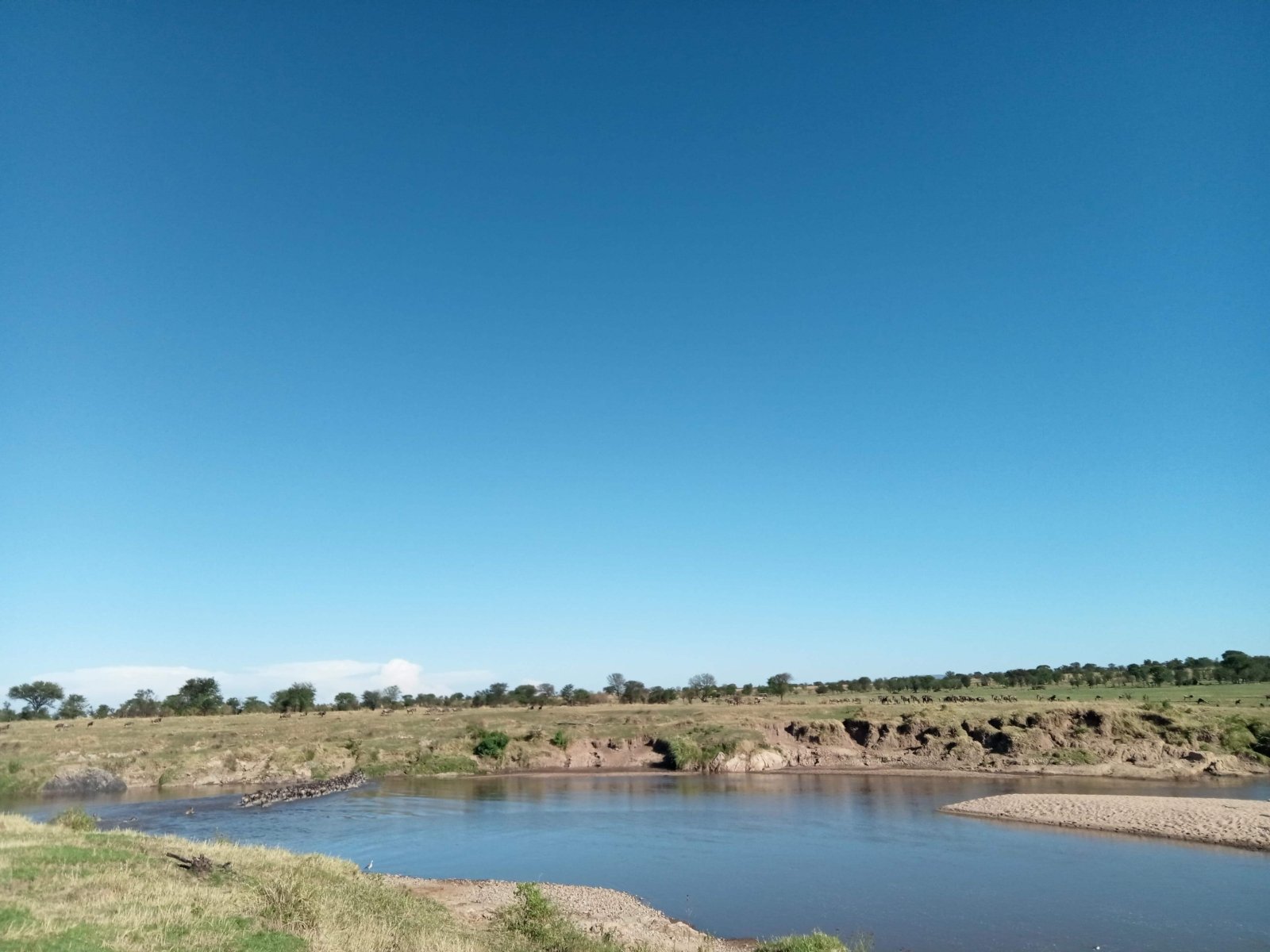 After breakfast your driver/guide will be ready to the hotel to pick you head to Tarangire National Park for a game drive. You will take some minutes for the last purchase before the safari head off. The Park is well known for the ancient and very big sized baobab trees. Its natural vegetation mainly consists of Acacia woodland and giant African Baobab trees, with huge swamp areas in the south. The river itself (Tarangire river) and swamps act like a magnet for wild animals, during Tanzania’s dry season because it is the only that supply water and make accumulation of animals in that river. Tarangire NP is also home to three rare species of animals which are Kudu, Oryx, as well as a few Ashy Starlings. After the great sighting of the park, you will be heating outside the park for dinner and overnight.

After having a morning breakfast to your accommodation, our driver guide will pick you and have a short drive from Tarangire to Lake Manyara for game drive. Manyara has the largest concentration of baboons and the lions here are also renowned for their tree climbing. Lake Manyara National Park offers breathtaking views and a large variety of habitats. Acacia woodlands, water forests, baobab strewn cliffs, algae-streaked hot springs, swamps and the lake itself. Though the park is not that big in size but it has supported an incredible birdlife and several wildlife species. Picnic lunch will be saved within the park and then in the evening we will drive back to our accommodation.

After having a morning breakfast at Lake Manyara we will departure heading to Lake Natron walking tour. Visiting Lake Natron, a client will decide either to go for Ol Doinyo Lengai mountain hiking or only doing activities. We will arrive at lake Natron in the afternoon we will have our lunch and go for walking around the area. There is two optional for this tour one is walking tour around the lake and second is hiking the mountain during the night

Lake Natron is the home of a variety of birds, in particular about 2.5 million dwarf flamingos. The lake serves as a regular breeding ground to a flamingos and other birds. The water is strongly saline and the basis of life for unicellular algae and bacteria, which are responsible for the planar red-brown to purple-violet coloring of the lake. The surrounding area of Lake Natron is one of the most beautiful and unspoilt regions in Tanzania. You will make a hiking to the lake and then you will visit the nearby waterfalls, a true oasis with awesome waters to swim if the time permits.

Other option to this you will decide to take a hiking Oldonyo Lengai mountain during the night because this mountain is not hiked in the afternoon. You will have a night ascent & dawn summit bid, Ol Doinyo Lengai (seismic conditions permitting).

After an early breakfast you head towards the Serengeti. On adventurous slopes it goes the Rift Valley up into the wide plains of the Serengeti. It’s the heart of a vast ecosystem, whose species-rich animal world is unique in the world. With about 3 million larger mammals, the Serengeti is the national park with the richest wildlife worldwide. Around two-thirds make up the animal species in Serengeti NP, furthermore the park is the home to many other animal species, such as giraffe, buffalo, hyena, elephant or crocodile. Particularly large is the population of feline predators, about 3000 lions, a good 300 cheetahs and an estimated 400-700 leopards have their hunting ground here. After the game drive we will drive for overnight within the park.

After breakfast at Serengeti where you reside, we will continue with the morning game drive until the time for lunch. After lunch we will pack our things start safari head to Ngorongoro where we will reside there. On the way you will have two options one is to visit Olduvai Gorge Museum and second is to visit Maasai Boma where we can experience the Maasai traditional way of life and experience a little bit of these cultural people lives in the Ngorongoro conservations (for extra cost/ subject to change).

Day 6: Ngorongoro crater back to Arusha

After early breakfast at the camp/lodge we will descend over 600 meters down into the crater to view wildlife for a half day’s safari tour. Ngorongoro crater is supported by a water all year round and food that supports a vast variety of animals, which include herds of wildebeest, zebra, buffalo, eland, warthog, hippo, and giant African elephants. The world's largest unflooded caldera, Ngorongoro hosts one of the highest concentrations of wildlife in Africa including all Big Five animals. Almost every large mammal species of Africa is commonly sighted on game drives in this crater, from black rhino to spotted hyena. Ngorongoro also is the home to a dense population of predators, which include lions, hyenas, jackals, cheetahs and the ever-elusive leopard, which sometimes requires a trained eye to spot. We will visit Lake Magadi, a large but shallow alkaline lake in the southwestern corner, which is one of the main features of the crater. A large number of flamingos, hippos and other water birds can usually be seen here. Early evening, we will drive back to Arusha or Airport depending on your flight’s date to turn back to your country.

How much time does the 6 DAYS SAFARI TARANGIRE, MANYARA, NATRON, SERENGETI AND NGORONGORO take?