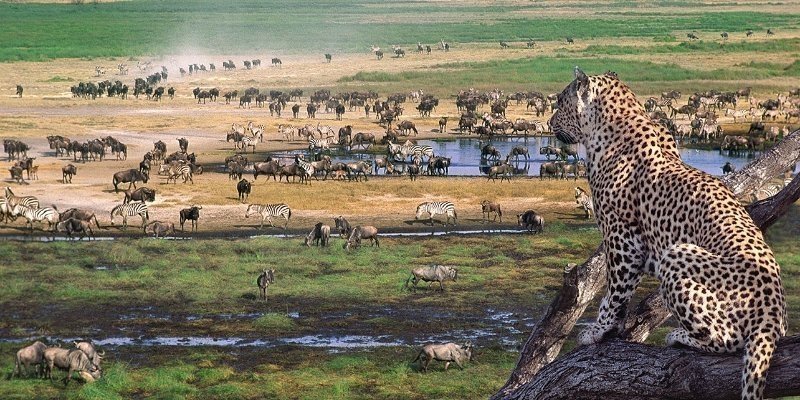 Private Safari Tanzania is the 4 days long experience exclusively and privately for you or your family and we are going to explore richest wildlife areas of Tanzania - Serengeti National Park, Ngorongoro Crater and Lake Manyara. This safari includes your private guide, jeep and camping! 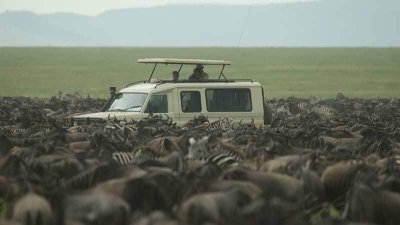 For the Private Safari Tanzania which is 4 days long exclusive tour specifically for you we collect you straight from any kind of resort in Arusha or from the Kilimanjaro International Airport. We depart to the Serengeti National Park, Ngorongoro Crater and Lake Manyara National Park on an Exclusive Private Outdoor Camping Safari. This scenic private safari offers you the chance to experience Tanzania's leading wildlife parks on an exclusive budget basis. Outdoor camping equipment is supplied. Public camping areas have solar electricity, created commodes and bathrooms, hot and cold showers. The schedule is adaptable because it is a very private excursion particularly for you. The private safari cost per individual includes all the tax obligations, incl. VAT. 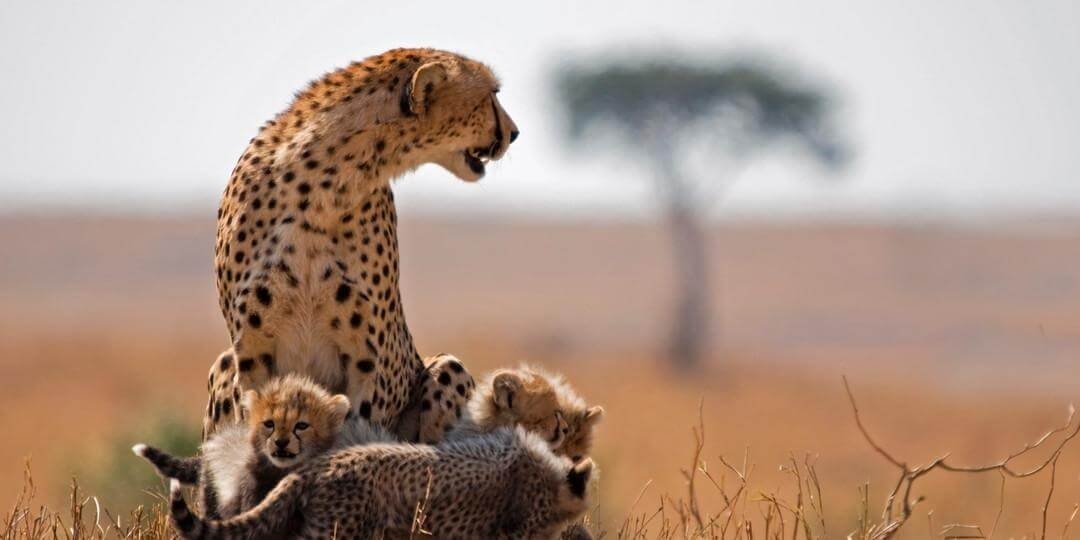 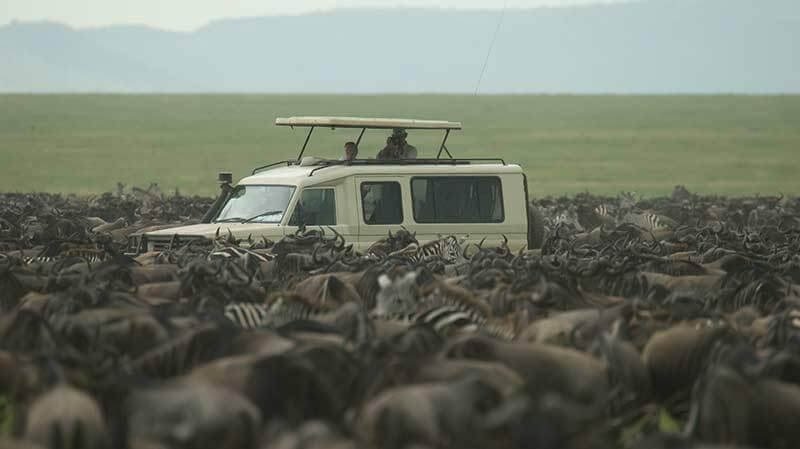 Itinerary of Private Safari Tanzania: DAY 1: Arusha - Lake Manyara National Park (130km - 2 hours) Pick up from your hotel in Arusha at around 08:00 AM and drive on a tarmac road 130Km (2 hours) to Lake Manyara National Park (330 Km2) with packed lunch. This park is one of Tanzania’s most dramatically located African wildlife areas with a massive but shallow soda lake (covering two-thirds of the park). This small park contains five distinct vegetation zone. Thus supporting a large variety of birds and animals. Lake Manyara being famous for its large flocks of flamingos, provides the perfect introduction to Tanzania’s birdlife. More than 400 species have been recorded, and even a first-time visitor to Africa might reasonably expect to observe 100 of these in one day. The park is also a home to tree climbing Lions, Hippo, Elephant, Zebra, Buffalo, Giraffe, Baboon, Blue and Vervet monkey, Warthog and so much more. Dinner and Overnight at Panorama Safari Camp or Twiga Campsite. Meals included: Lunch, Dinner. DAY 2: Campsite in Mto wa Mbu - Serengeti National Park (205km - 5 hours) Breakfast at 07:00 AM. Pick up from the Camp at 08:00 AM and drive to the Great Serengeti National Park (14,763 sq km or 5,700 sq mile’s) with your Picnic Lunch Packed and game drives en route via Ngorongoro Crater rim. The Serengeti National Park is arguably the most impressive wildlife sanctuary in the world. During the months December through March the seemingly unending plains of the southern Serengeti and the Conservation Area are inhabited by enormous herds of wildebeest and zebra. April and May in Western Corridor, June and July in Serengeti North. October and November in Lobo and Loliondo controlled Area. Yet even when the migration is quiet the Serengeti offers arguably the most scintillating game drive in Africa. As the day cools and the sky is streaked by red, gold and orange hues, you may be surprised by the roar of a lion, a galloping giraffe, or the high pitched giggling of hyenas fighting over a kill. Dinner and Overnight at Serengeti Seronera Campsite. Meals included: Breakfast, Lunch, Dinner. DAY 3: Serengeti National Park - Ngorongoro Crater Rim (145km - 3 hours) Very early morning game drives in the Serengeti National Park. Breakfast at 09:00 AM. Thereafter drive with your Lunch Packed to Ngorongoro Crater Rim with afternoon Game drive en route. Be one of only a few fortunate people to glide in a Hot Air Balloon over the Serengeti Plains at extra cost. Floating silently above the awakening bush, while spotting wildlife and enjoying the amazing scenery of Africa, across rivers and over numerous small villages. On the way to the crater rim by option you can visit Olduvai which was the first place where traces of an early stone tool culture were discovered, and gave the name to the Oldupai. This Gorge is where the English pair, Louis and Mary Leaky pioneered excavation work. In the sixties some of the earliest archaeological deposits of human evolution was found and a small museum documents these discoveries. Also you can choose to visit the shifting sands. Dinner and Overnight at Simba "A" campsite. Meals included: Breakfast, Lunch, Dinner. DAY 4: Ngorongoro Crater Floor - Arusha (190km - 3 hours) Breakfast at 06:00 AM. Thereafter descend into Ngorongoro Crater floor (19.2 km of diameter, 610m deep, 304 sq km) for a the game drive. The Ngorongoro Crater is one of the most densely crowded African wildlife areas in the world and is home to an estimated 30 000 animals including some of Tanzania’s last remaining black rhinos. Supported by a year round water supply and fodder, the Ngorongoro Crater supports a vast variety of animals, which include herds of wildebeest, zebra, buffalo, eland, warthog, hippo, and giant African elephants. Another big draw card to this picturesque crater is its huge population of predators, which include lions, hyenas, jackals, cheetahs and the ever-elusive leopard. Ngorongoro Crater is often called 'Africa's Garden of Eden' the '5th Natural Wonder of Africa'. This breathtaking oasis provides a haven for both predator and prey to live among grasslands. After game drive and Picnic Lunch, drive to Arusha for the drop off. Meals included: Breakfast, Lunch.

How much time does the Private Safari Tanzania - 4 Days take? 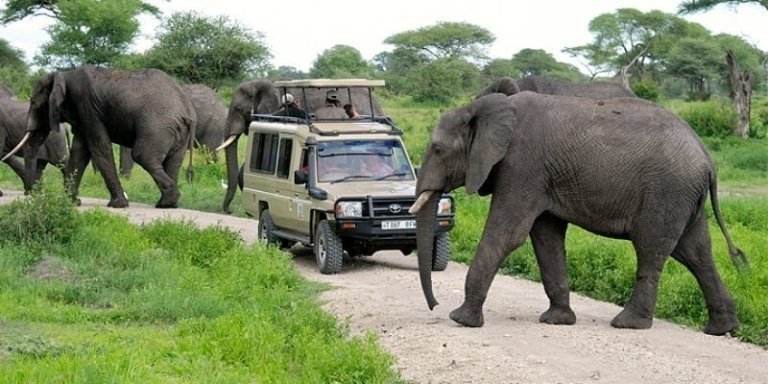