The Private Shore Excursion - Day Tour in Tenerife is especially dedicated to visitors traveling by cruise ships and making a day stop in Santa Cruz de Tenerife. A mix of amazing landscapes, history, and island's culture explored with the best rated private tour guide in Tenerife. 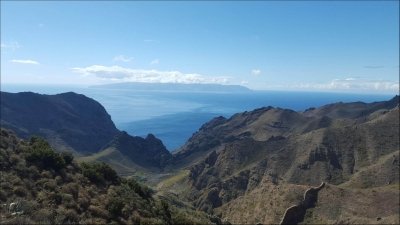 Private Shore Excursion in Tenerife - Day Tour from your cruise ship allows you to visit the most important parts of the island during your stop in Santa Cruz de Tenerife. We will pick you up by luxury Mercedes Benz limousine if there 1-3 people in your private group. If there are 4 to 8 people in your family or a group we will go on our private shore tour with more spacious mini-bus or van. In the case, if your private group is a bigger size, 9 people and more, then the private shore tour will be made by our tour bus, which’s also comfortable and air conditioned.

We will pick you up at our collection point right by the harbor of Santa Cruz de Tenerife (or at your hotel if you are not coming with a cruise ship).

This VIP shore excursion in Tenerife will show you the most interesting and important attractions and incredible diversity of our island.

In the case of a smaller group up to 8 people during the trip with experienced driver/guide, speaking your language, we will firstly visit the town of Candelaria with its Basilica of Black Madonna and statues of 9 kings.

If the group is bigger, we will drive through the mountains along the road so called a backbone of Tenerife directly to the National Park Teide. It because a bigger bus moving slower and it takes a longer time at each stop, so we have to cut visiting Candelaria in the case of bigger private groups.

On the way to Teide, we will drive through the beautiful Canarian pine forest constantly going up to the altitude of 2200m over the sea level. Along the way to Teide with our private shore excursion, we will make a few photo stops with incredibly scenic views of the La Orotava Valley, Teide Observatory and, surely, Teide – the highest mount in Spain and the Atlantic Ocean (the volcano Teide is 3718m high). Our private shore tour in Tenerife takes us along whole the Teide National Park which’s the biggest single crater in the world by itself. The crater was created by an enormous eruption which took place approximately 150 000 years ago in the middle of the island. We will stop by a volcanic colorful desert, where you can walk a bit in a scenery of the Moon, Venus, and Mars at the same time. It’s really unusual experience. Later on, we will pass right by the foot of the volcano Mount Teide which has raised up with the next eruptions in the middle of the prehistorical crater. We will make next stop by the Rocks of Garcia. This is unusual rock formation – surprisingly with not the volcanic origin. These roks were created by pressure and movement of tectonic plates and will have a feeling you are somewhere on another planet.

Later our private shore tour in Tenerife takes us through the youngest black lava field of Teide and National Park Chinyero. Chinyero is the youngest volcano in Tenerife. The last eruption took place there just a hundred years ago.

Descending to the west of the island we will drive through the Teno Mountains which also forms the giant cliffs of Los Gigantes. The extremely scenic narrow road takes our private shore excursion to the old pirate village Masca. Pirates were hiding from the government here in the past because the area was inaccessible. And just after 20 minutes driving, you will admire unusual phenomena of the border between two different climate zones – the place where North and South of the island meet each other. The temperature will suddenly drop a few degrees and landscapes will change from the dry South to the green North with its lush flora.

We will pass through the less discovered by tourists typical agriculture area where you can see how farmers are growing fruits and vegetables on terraces and how simple and peaceful life is there.

If time allows us, optionally we can stop in a small village to have a lunch at a cozy local restaurant surrounded by a beautiful garden where you can enjoy typical Canarian food and have a rest.

Our private shore tour in Tenerife is not complete without visiting Garachico. This small town was the first capital and main trade harbor of the island and a kind of local Pompei. Garachico was half destroyed 300 years ago by the last big eruption of the volcano. Now the town is full of life and you can visit cozy main square with two churches survived the disaster 300 years ago. Here you can also see the Castillo de San Miguel – a fort where from locals were defending from English ships attacked the harbor. You will also admire the rests of the old shipyard and natural tide pools formed by lava – a very scenic place.

Later, if the time will allow us, we will visit the center of the winery of the island, the old town of Icod de Los Vinos, where you can see a quiet tropical park and the oldest and biggest endemic Dragon Tree in the world.

Then we will drive back to your cruise liner in Santa Cruz de Tenerife passing by the way the Valley of La Orotava and Puerto de la Cruz.

COMMENT from your private tour guide of Private Shore Tour in Tenerife:

“Private Shore Tour in Tenerife is really the best possible private shore excursion in Tenerife you can do coming to the island by a cruise ship. I’ve planned and tested the route a few years ago personally by myself to allow Tenerife Host offer the best shore tour on the island. I had a task to make the tour which will allow our Customers to see all the diversity of nature, climate zones, main attractions, history, culture, traditions, and cuisine in some 6-8 hours. That’s the time people usually have for a shore tour in Tenerife coming with cruise ships. No matter, are you a single traveler, a couple or family or even bigger group of travelers, we will be happy to make the Private Shore Tour in Tenerife exclusively for you. This private shore excursion is also suitable for travelers who stay in hotels in Santa Cruz de Tenerife or San Cristobal de La Laguna. You are always welcome to discover our beautiful island with our Private Shore Tour in Tenerife!”

COMMENTS from our Customers who took the Private Shore Tour in Tenerife:

“We had a fantastic day with Gregory. Even though our time was limited on the island by our cruise ship schedule, we saw all the amazing and unique features of this island. Gregory was very helpful, accommodating, informative, and pleasant. Wish we had had more time to enjoy and explore the island with this great guide. “ “Gregory was waiting at the cruise ship dock as promised. He then drove us to the Dragon Tree park in Icod. A great guide. He recommended a wonderful local restaurant near Buena Vista where we had a great “Canary” menu. Two very happy Australians were delivered back to the ship in time for departure. Would recommend Gregory’s tours to fellow Aussies.”

“Anyone interested in getting a true feel for Tenerife can do no better than book a tour with Gregory. We were picked up at our hotel near the South airport and provided a customized tour of the island before being dropped off at the cruise terminal in the North. While Gregory had a clear plan on which parts of the island he wanted us to see, he was consistently responsive when any one of our group of four had a special request or need. I recommend that you let him know if you have your heart set on something, but otherwise let him take it from there. A worldly guy, Gregory speaks great English (along with “5 and a half” other languages). His explanations of local customs and cuisine not only helped us appreciate our experience that day but allowed us to acclimate more quickly to the other Canary Islands that we visited in the days to follow. Our tour with him included Masca (and its winding, exhilarating road), Los Gigantes, Icod de Los Vinos, and several other coastal communities. We stopped for barraquito (enhanced coffee) in the mountains, lunch at a cute little neighborhood eatery, and wine tasting at a wine museum. We have taken a ton of island tours over the years, but this was the first time that a guide asked if he could extend the tour at no additional charge because we had time before we needed to be on board and there were other sites that he thought we could see. Note that Tenerife Host can book tours pretty far in advance; a consequence of generating so many well-deserved five star reviews. If you want to book an awesome tour in Tenerife, book with Gregory now!” 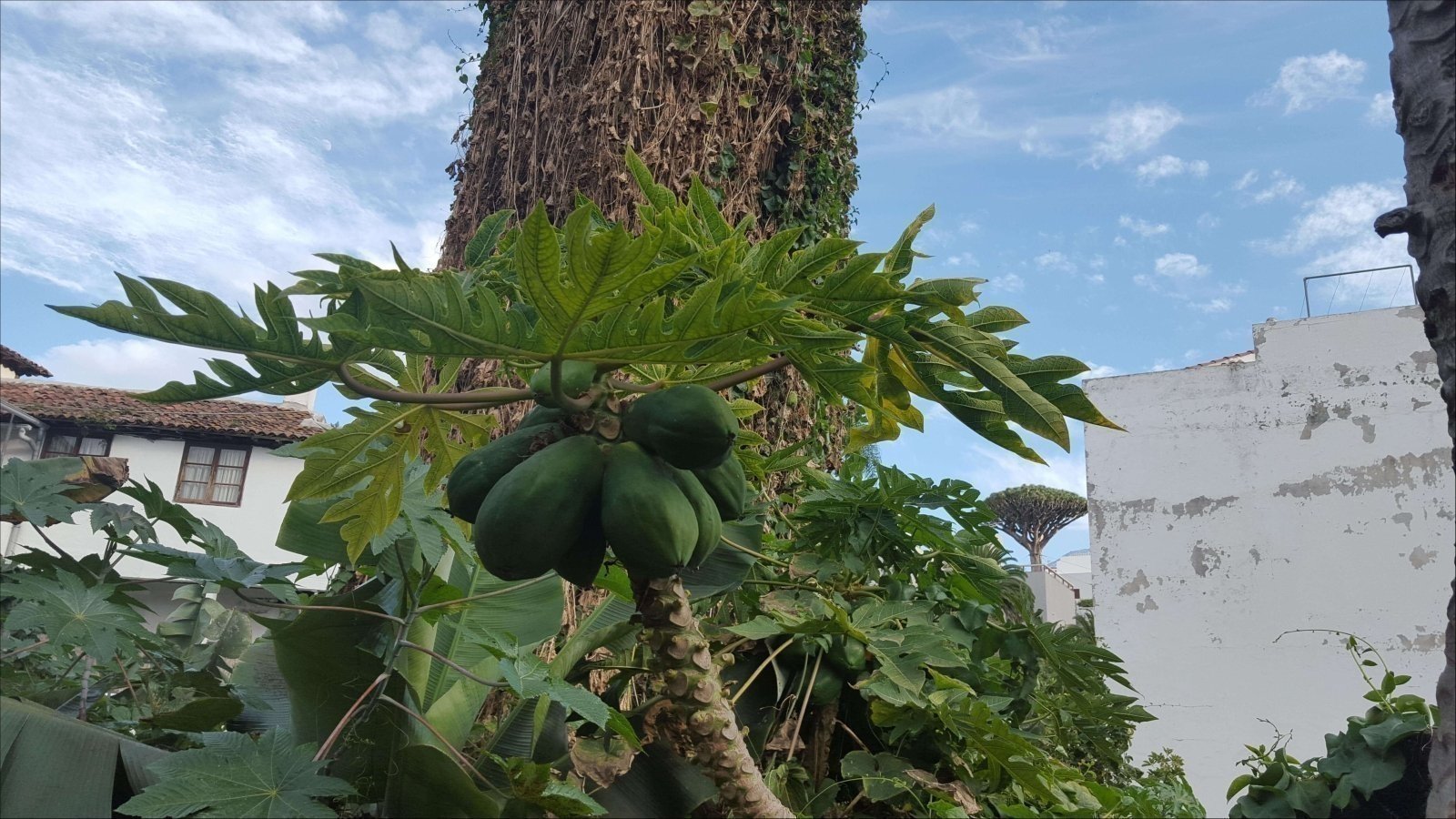 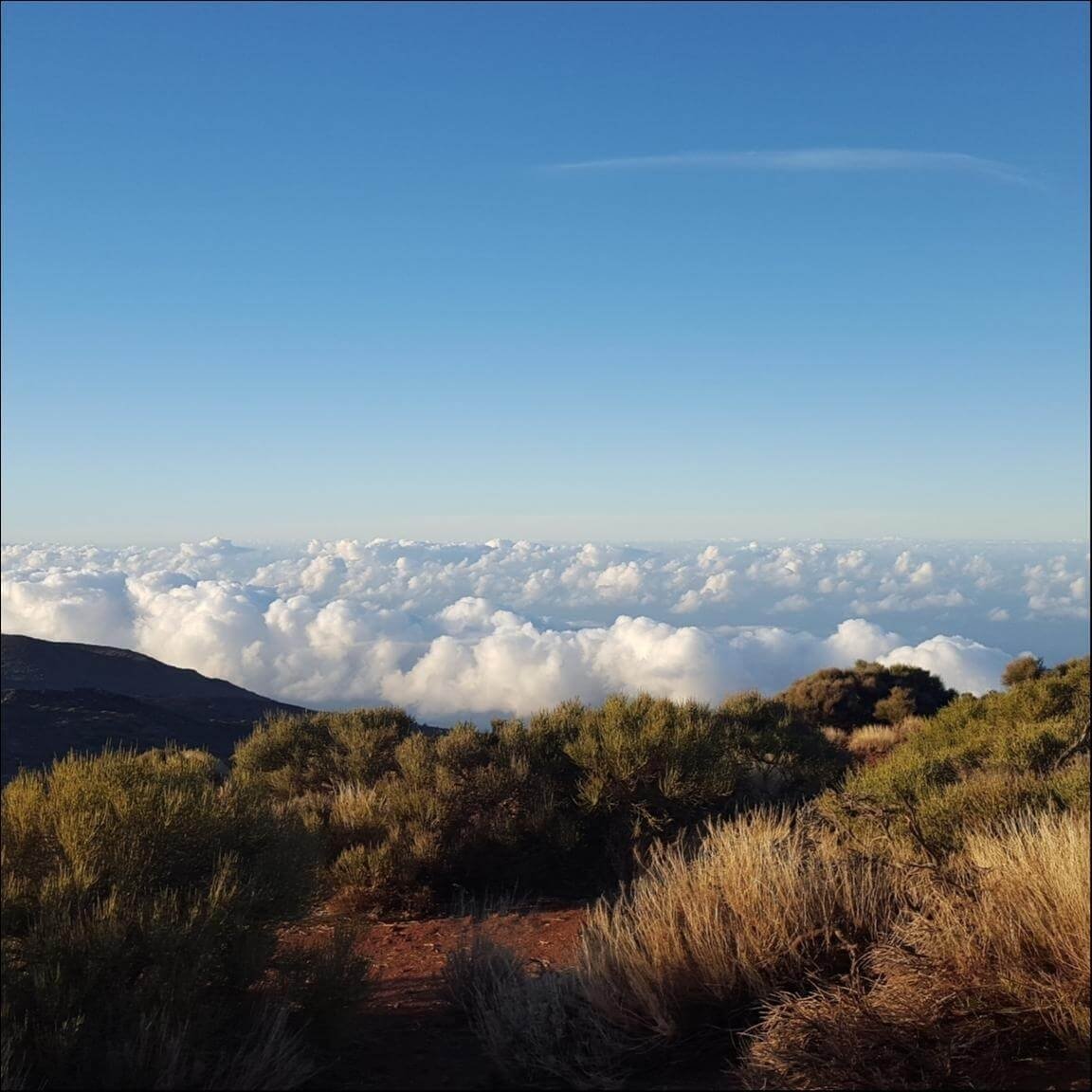 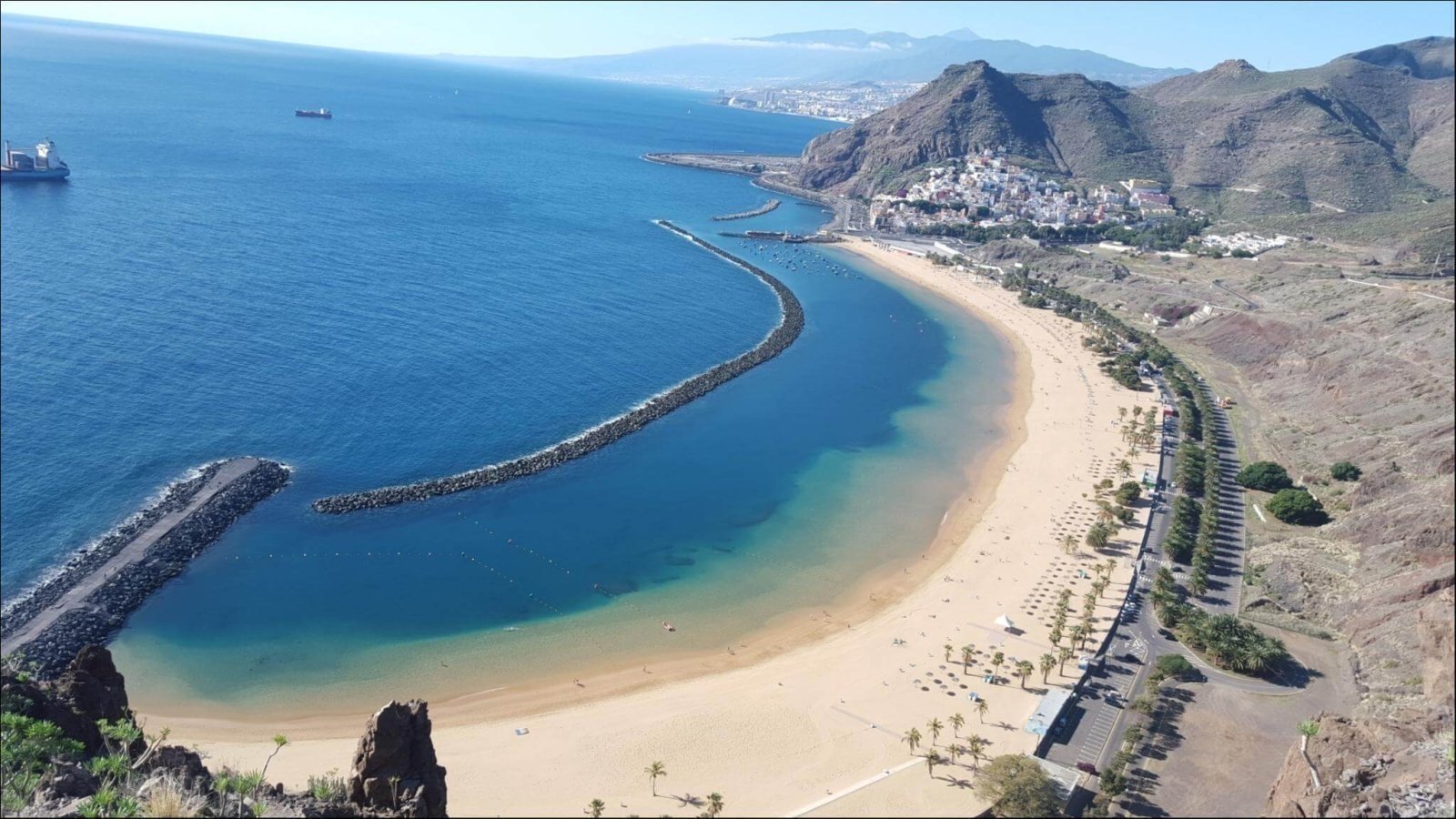 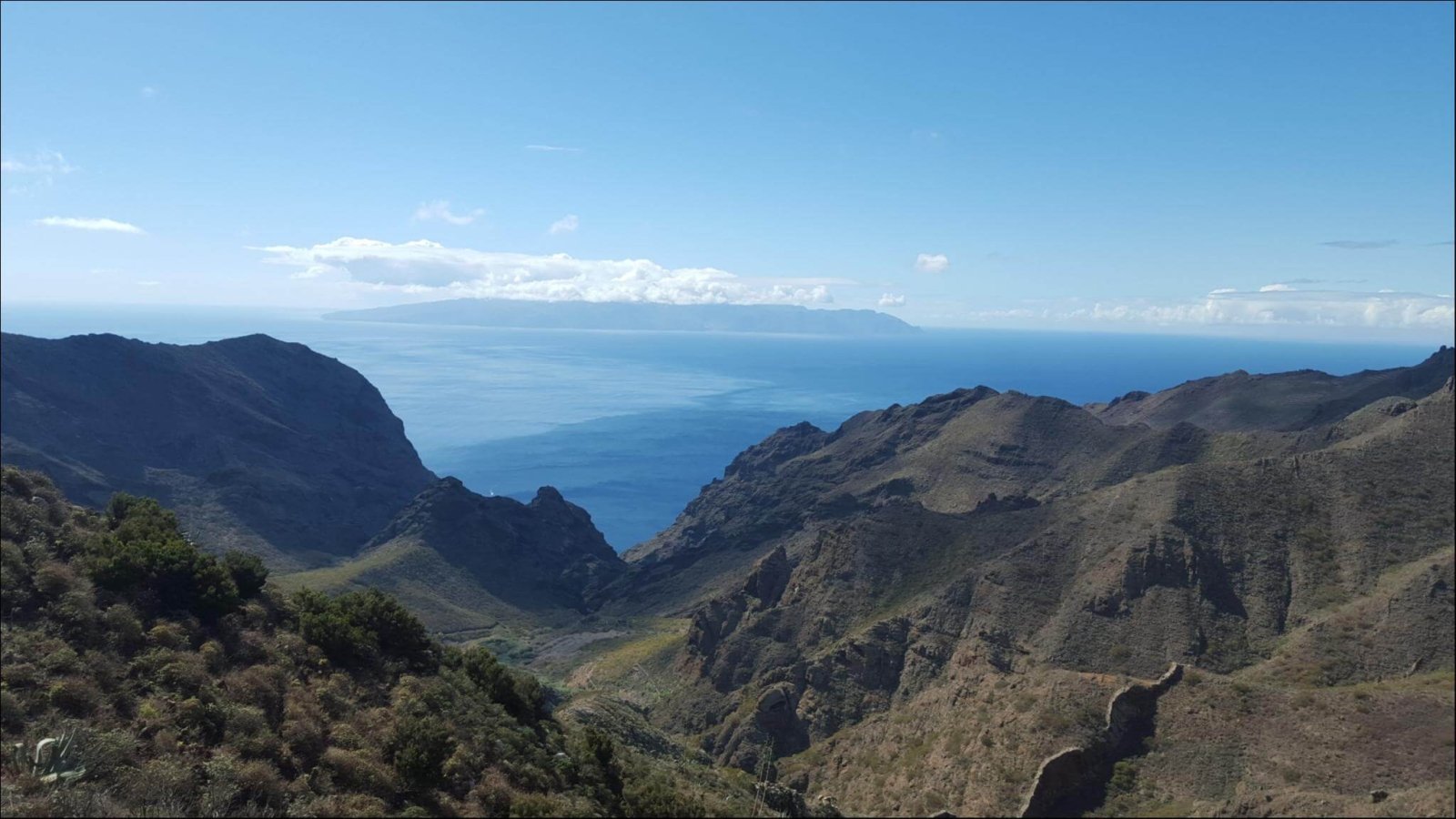 - Pick-Up at our collection point nearby your cruise ship in Santa Cruz de Tenerife (pick-up time will be arranged up to your wishes after the booking made).

- Stop in the La Esperanza Forest (on the way to Teide).

- Photo-stops and short walks in the Teide National Park.

- Driving through the Masca Road and Masca village.

- Optionally stop in a local restaurant for a lunch or dinner.

- Optionally (if time allows us) testing traditional wines from Tenerife.

- Drop-Off at our collection point by your cruise ship in Santa Cruz de Tenerife.

How much time does the Private Shore Tour in Tenerife - day tour from your cruise ship take?

You can book Private Shore Tour in Tenerife - day tour from your cruise ship at least in 2 days. Check availability calendar in "Book Now" form to see currently available dates.

A day to remember

Bus Sightseeing Tours for Private Groups in Tenerife - perfect solution, if your company, travel agency or simply group of travellers wishing to have guided sightseeing tours by comfortable bus with Read more ➤