Medieval Adventure Night Show in Tenerife took place in the Medieval style castle where banquets are held during tournaments and medieval fights. Enter the magical San Miguel Castle and find yourself immersed in a real-life medieval world.

Medieval Adventure Night Show in Tenerife is the best medieval show in Spain and a perfect idea to spend amazing time entering the grounds of San Miguel Castle and step into a absolutely realistic medieval atmosphere. Knights on horses roam the Tournament Hall and all around are suits of armour, swords, chests of gold and scrolls of the medieval epoch.

We start at the evening with pick-ups from our collection points along the coast of Tenerife South and in Puerto de La Cruz (certain days of the week only) - choose one the closest to your Hotel.

Then we come to the San Miguel Castle and enter the magical authentic medieval world of the Knights of the Round Table. Take your chair in the grand indoor arena and let the show begin as knights fight for the hand of the princess. Marvel at the fantastic horsemanship and real sword fighting.

Enjoy the medieval banquet watching the knights tournaments. During the tournament, the banquet will be served as it was done in medieval times. The soup, chicken and pork chops are served and eaten with no silverware (just plenty of napkins!). The soup is drunk and the whole chicken per person is eaten by hand.

The medieval dinner is accompanied with a lot of free flowing wine and completed by the dessert and drinks.

But that's not all and not the end of the Medieval Adventure Night Show in Tenerife. It because now you are attending the other show free-of-charge - keep enjoying the night with The Drifters Show. Now there's a novelty at San Miguel Castle - after the tournament you are enjoying the performance of The Drifters Show singers accompanied by orchestra, arrived directly from the USA.

Whole the medieval show and preparation takes over 3 hours excluding transfer times and Medieval Adventure Night Show will be definitely the best night of your vacation in Tenerife! 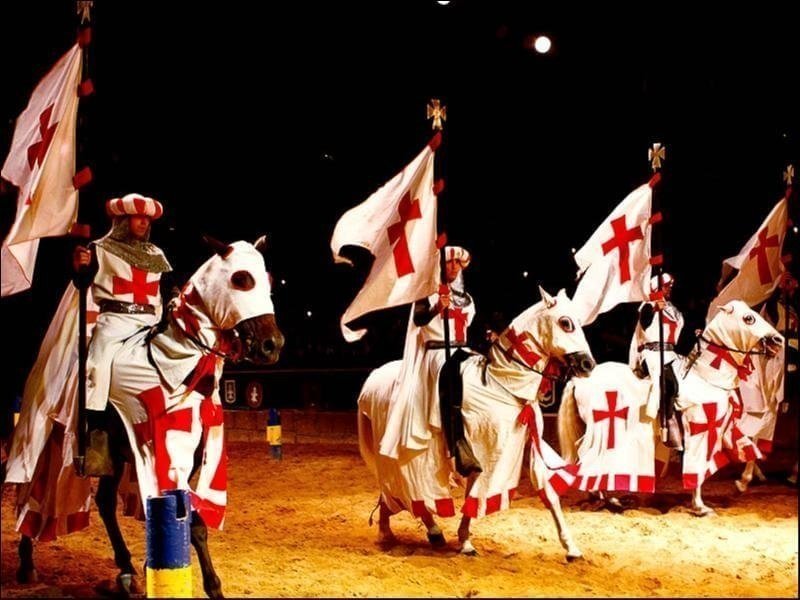 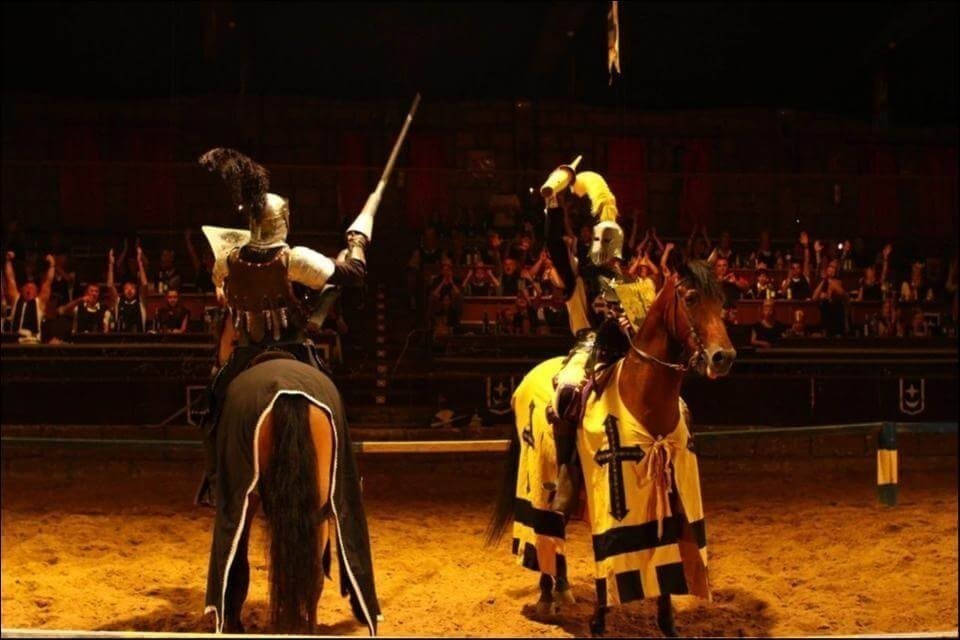 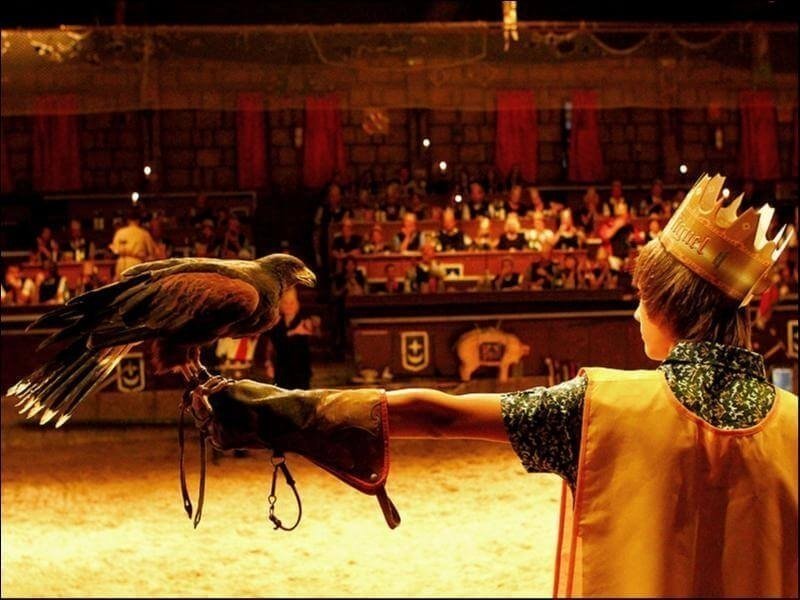 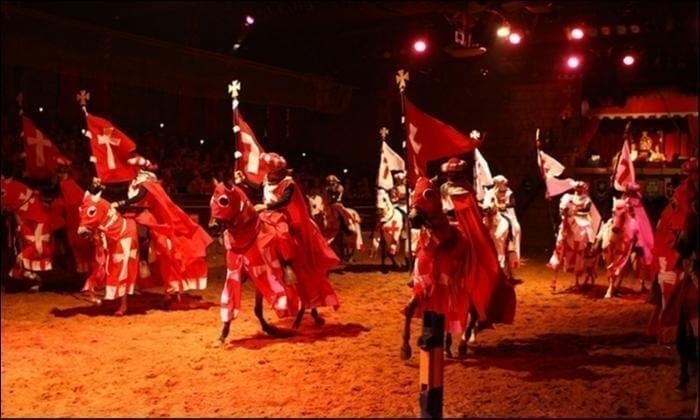 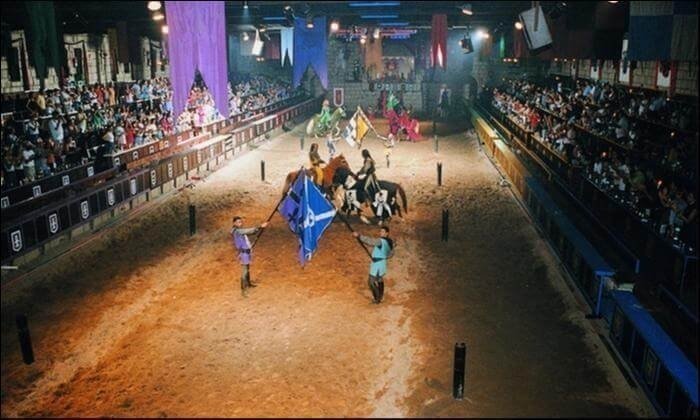 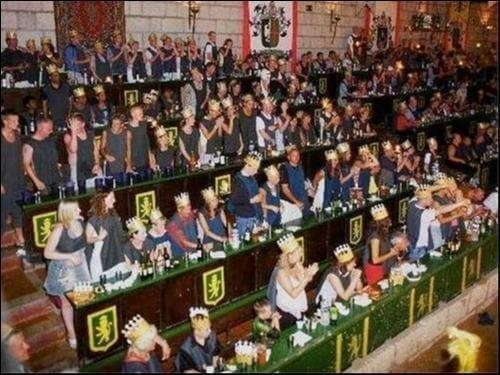 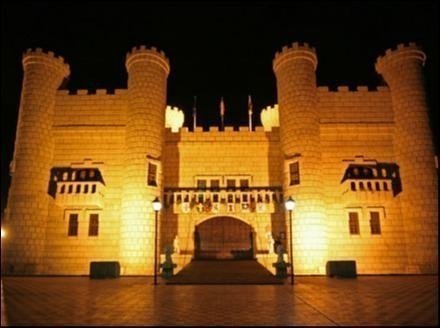 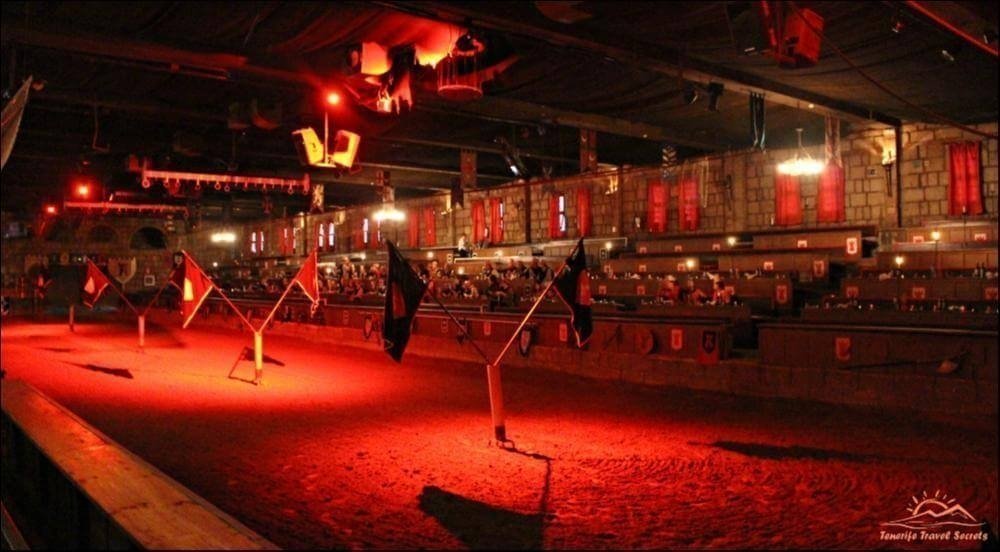 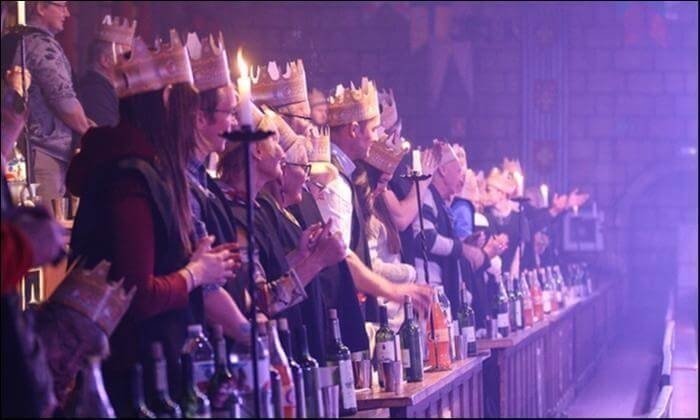 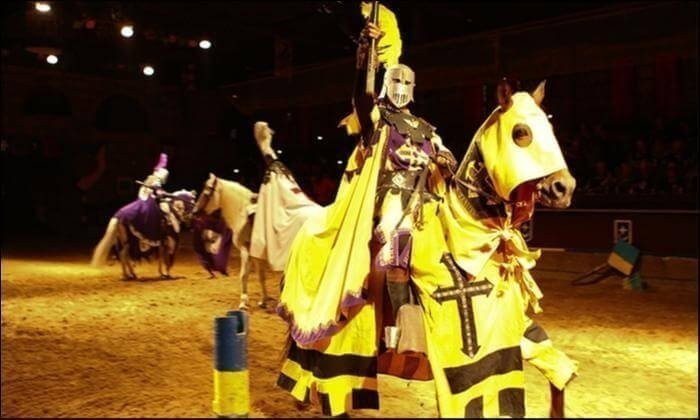 How much time does the Medieval Adventure Night Show in Tenerife with Bus Transfers take?

Worth spending an evening

Book your participation in the Medieval Night Show in San Miguel Castle - the best Medieval Show in Spain. The show venue is Castillo de San Miguel in Aldea Blanca on the South of Tenerife - book Read more ➤

Jameos del Agua Music Night in Lanzarote is the tour to enjoy the an outstanding and romantic time along your holidays on the island. You will spend an excellent evening in an unique atmosphere, Read more ➤ 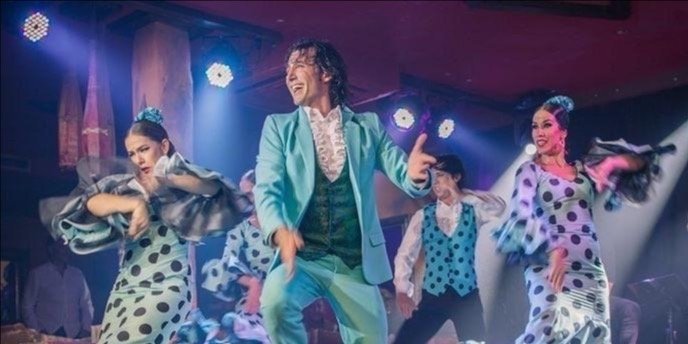 Tenerife Flamenco Show by Fran Chafino is actually the unique and truly magic flamenco show combining classic Spanish styles of flamenco from the different regions of Spain, created and held by the Read more ➤ 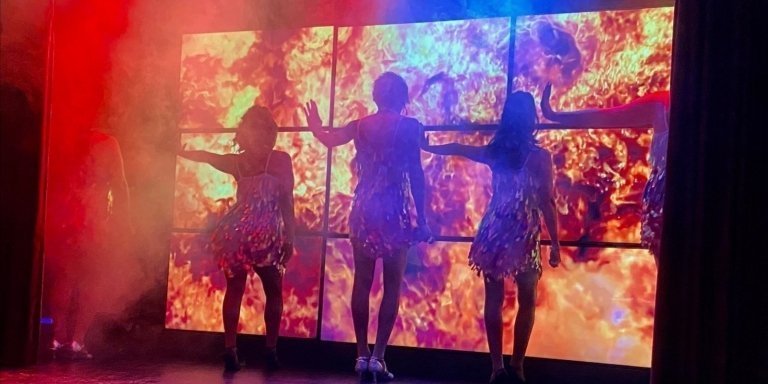 Tenerife Music Hall Tavern offers you the funniest nigh with our Comedy Drag Dinner Show. You can be sure it will be your best dinner and absolutely funny evening highlighting your holiday in Read more ➤ 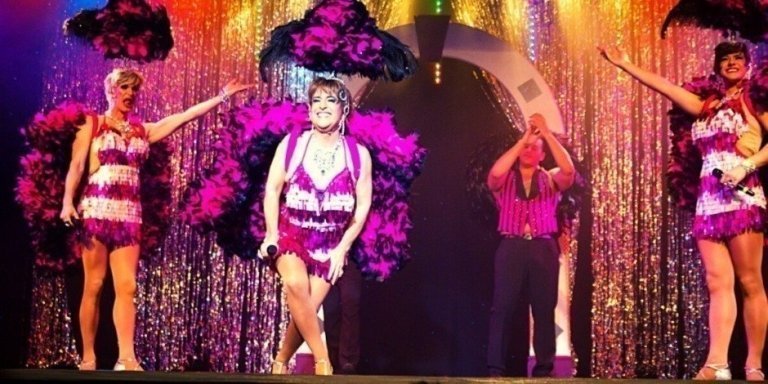 Lanzarote Music Hall Tavern offers you the funniest nigh with our Comedy Drag Dinner Show. You can be sure it will be your best dinner and absolutely funny evening highlighting your holiday in Read more ➤ 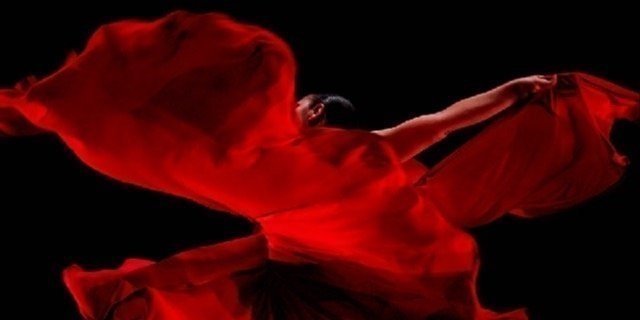 Passion Flamenco Show by Theatre Coliseo is one of the best Flamenco spectacles you can enjoy in Tenerife. The show held by famous Eva Rodriguez. The offer includes entry tickets with return Read more ➤