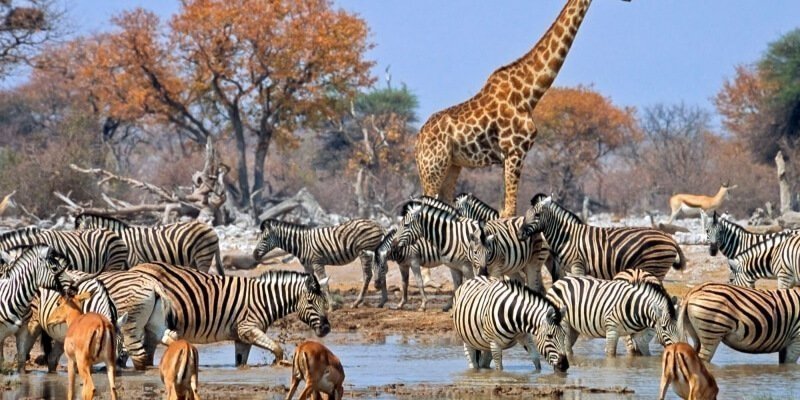 This 6 Days Camping Safari is the best of Wildlife, landscape and the Oldest Desert in Africa. This safari combines the wildlife of Etosha National Park by which guest will have game drives to see animals like Elephants, Hippo, Giraffe and Lions. In Swakopmund the Coast. 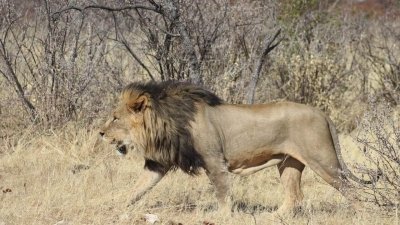 The most Famous trip in Namibia, this safari includes the best of Namibia, with 2 nights in Etosha National Park for wildlife, 1 night in Swakopmund and 2 nights in the Namib Desert to explore Sossusvlei. This is one of the best tours for a newcomer to explore Namibia's most visited three Destinations:

This place is at the northwest of Namibia. The landscape is unique and varied and subsequently home to a wide variety of animals. For example lion, elephant, leopard, giraffe, cheetah, hyena, springbok, two kinds of zebra, eland and many more species of wildlife are found here.

Swakopmund is a coastal city in Namibia, west of the capital, Windhoek. Its sandy beaches face the Atlantic Ocean. Established by German colonists in 1892, the city’s colonial landmarks include the Swakopmund Lighthouse and the Mole, an old sea wall. Next to the lighthouse, the Swakopmund Museum documents Namibian history. Inland, the elegant Swakopmund Railway Station, now a hotel, also dates to the colonial era.

Sossusvlei Located in the scenic Namib-Naukluft National Park, Sossusvlei is where you will find the iconic red sand dunes of the Namib. The clear blue skies contrast with the giant red dunes to make this one of the most scenic natural wonders of Africa and a photographer's heaven. This awe-inspiring destination is possibly Namibia's premier attraction, with its unique dunes rising to almost 400 metres-some of the highest in the world. 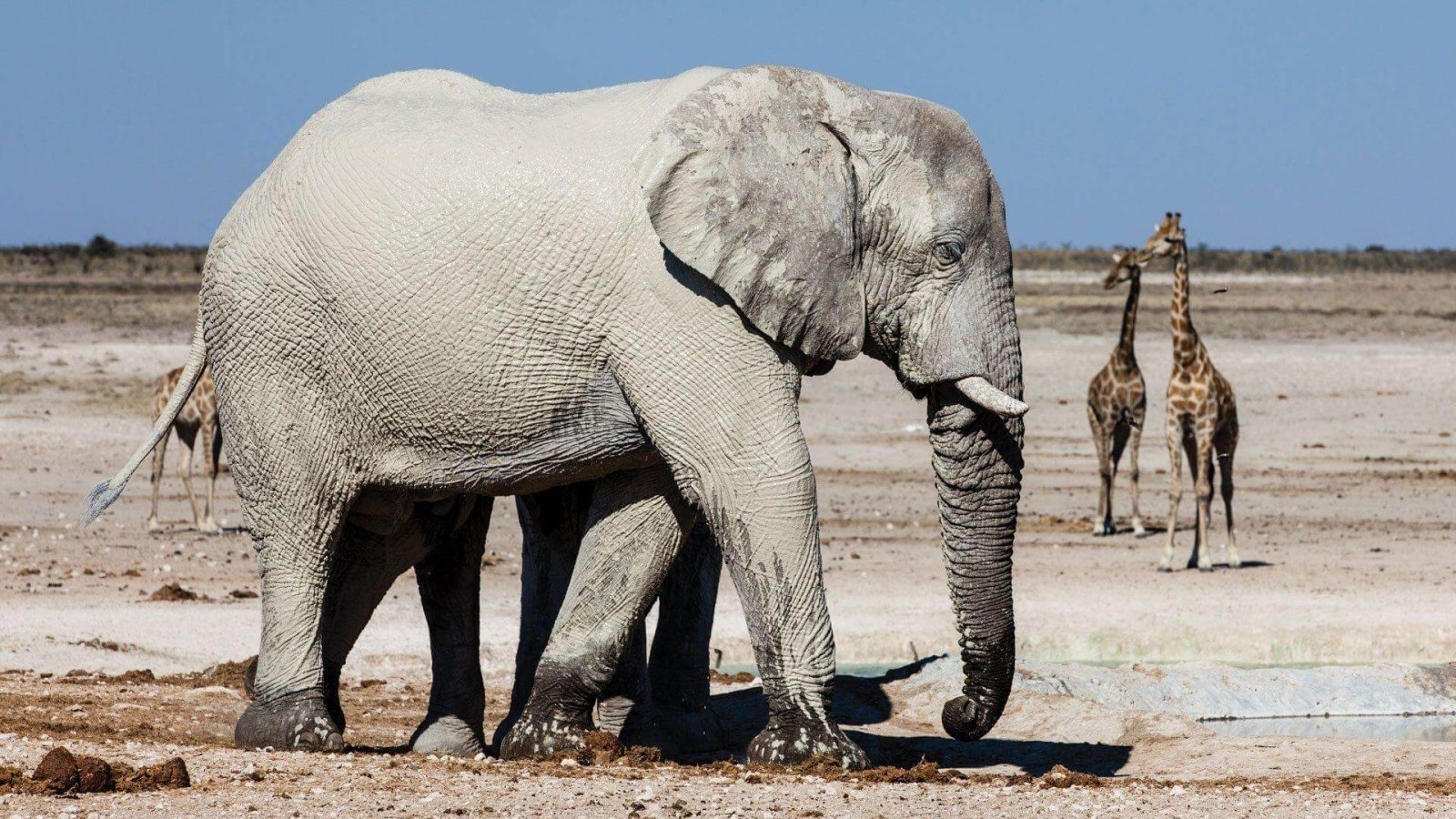 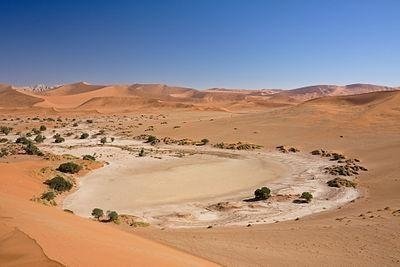 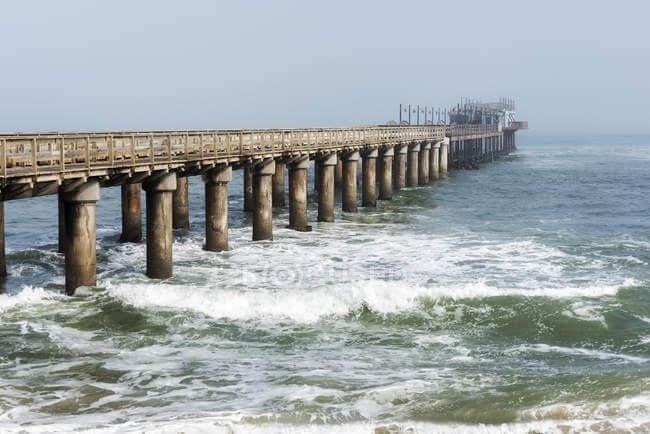 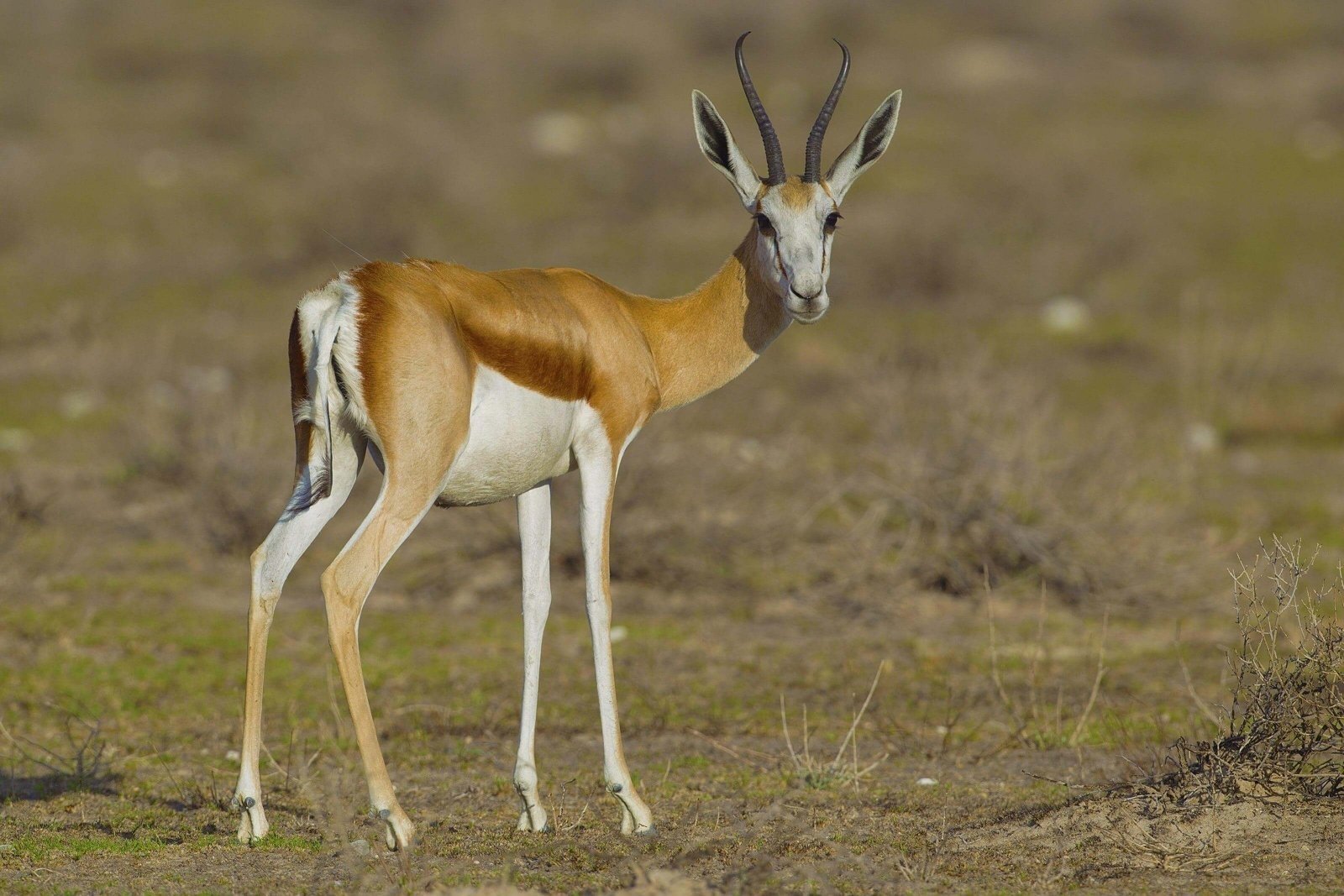 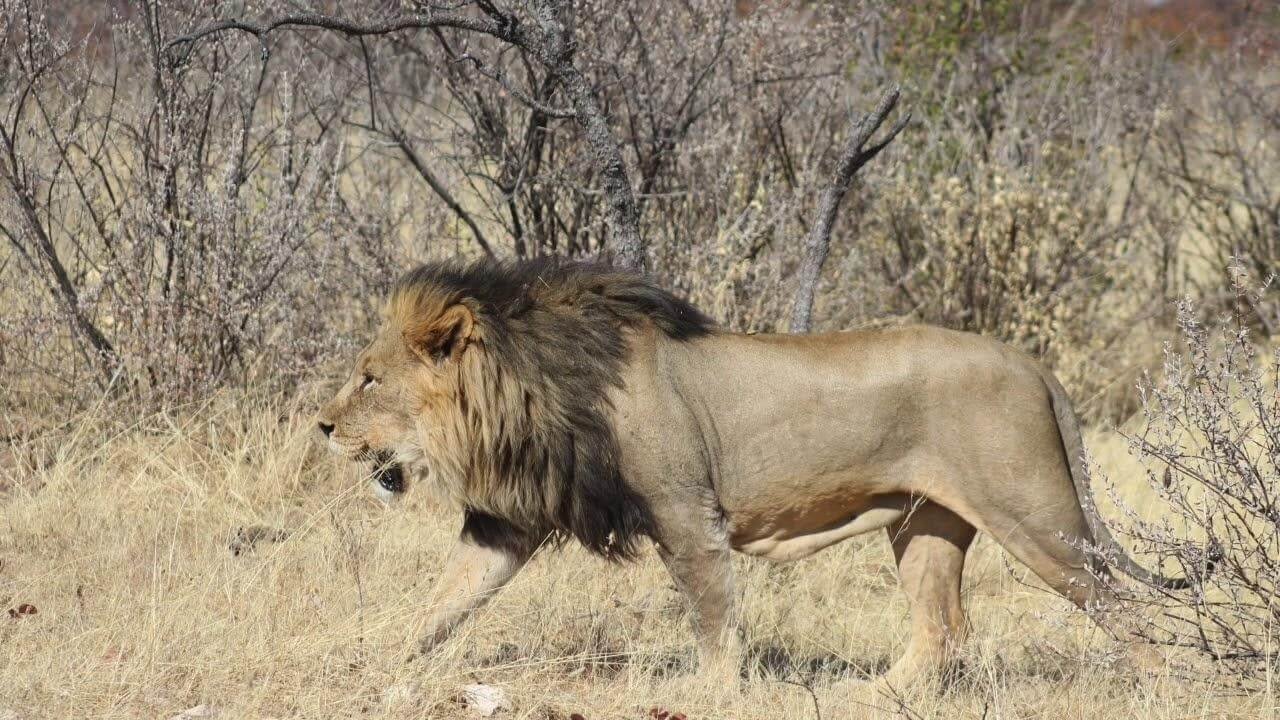 Day 1- Windhoek to Etosha National Park (414.5km) Accommodation: Etosha Safari Camp, Etosha South or similar Clients are pick up in the Morning at 09:00 am and depart to the northern part of Namibia. Along the way the guide will stop in Okahandja at the Craft centre and continue their journey and the second stop will be in Otjiwarongo, where guest can grab lunch at the shopping centre before proceeding to Etosha National Park. After arrival guest will be taken on an afternoon game drive by their tour guide before dinner. Meals included: Dinner Activities Included: Afternoon Game Drive Day 2- Etosha National Park Accommodation: Etosha Safari Camp, Etosha South or similar Clients will take early breakfast and then go on the Full day game drive and around 12h00 -13h00 clients will have lunch at Okaukujo or Halali inside the park. Client will only return to the campsite around 16h30 with cameras full of Quality Animal pictures. Dinner will be prepared and served by the Guide. Meals: Breakfast and Dinner Activity Included: Morning Game Drive Day 3: Etosha to Swakopmund (491.6km) Accommodation: Pebble Stone House, Swakopmund / Similar Guest depart to Swakopmund early morning at around 09:00 am from Etosha to the coastal side of Namibia. It’s about 3 hours’ drive to Swakopmund. Once clients have arrived, they will get lunch and afterwards go to the activity centre for Quadbiking. Clients will have dinner at the preferred Restaurant (Recommended Tuk Restaurant or Napolitana) Meals: Breakfast Included Activities: Sandboarding and Quad Biking Day 4 – Swakopmund to Sossusvlei (402.6.km) Accommodation: Namib Desert Campsite or Similar Campsite Guest will depart in the morning from Swakopmund and depart to Sossusvlei area. They will pass by Walvisbay where they will visit the pink lagoon to see Flamingoes and get lunch for the road. After arrival guest will check in and before going on a Sundowner drive to Elim dune around 17h30 or 18h00. Meals: Breakfast & Dinner Included Activity: Sundowner at Elim Dune Day 5 – Sossuvlei / Sesriem Area Accommodation: Namib Desert Campsite or Similar Campsite Guest will have breakfast and drive to the park for Sossuvlei Excursion which includes Dune45, Deadvlei, Hiddenvlei, and Big Daddy. The tourguide will have regular stops to let clients take pictures and have some exposure of the Dunes. Guest will be back around lunch time and will have some leisure time for themselves at the pool while the tourguide prepares lunch for them. At 18h00 the guide will prepare a delicious dinner for the Guest and then set up a campfire were clients will have the opportunity to talk about their experience and have some stargazing. Meals: Breakfast & Dinner Included Activity: Sossuvlei Excursion ( Deadvlei,Dune 45,Big Daddy,Sesriem Canyon, Hiddenvlei  Day 6– Sesriem Area to Windhoek (333.km) Guest will get up at 08h00 and have breakfast ready for them. After Breakfast clients will pack up and depart back to the Capital city of Namibia (Windhoek) Lunch Packs will be given to the guest along the way and arrival time will be estimated at 14h30. Meals: Breakfast END of Itinerary IMPORTANT! 1. A 30% non-refundable Deposit of the remaining balance is required to Confirm the booking. Accommodation or Car Rental 2. The rest 70 % of the remaining balance should be paid not later than 30 Days Prior to Departure. 3. If tour is within 40 days or less prior to booking full payment is required.

How much time does the Etosha, Swakopmund & Sossusvlei Camping Safari - 6 Days take? 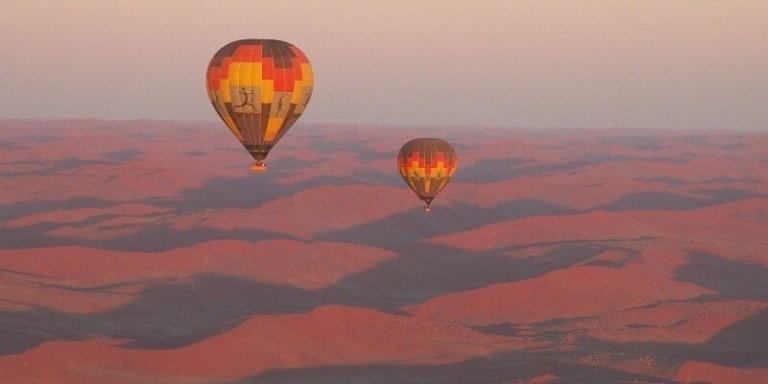 A short break to the famous Sossusvlei Dunes area of Namibia to experience the wide open spaces of the Namib desert and dunes in this beautiful African country. this is the coolest way so see the Read more ➤ 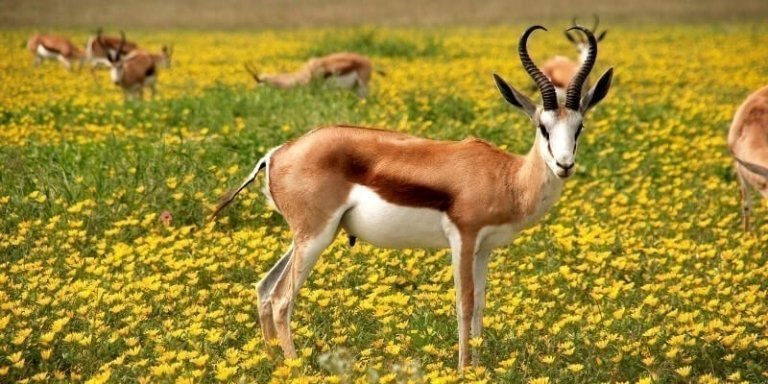 This tour is just the best option for guests with limited time available, this is a 6 day tour combine 3 destination in Namibia. 2 days in Etosha, 1 day in Swakopmund and 2 in Sossusvlei. the best Read more ➤ 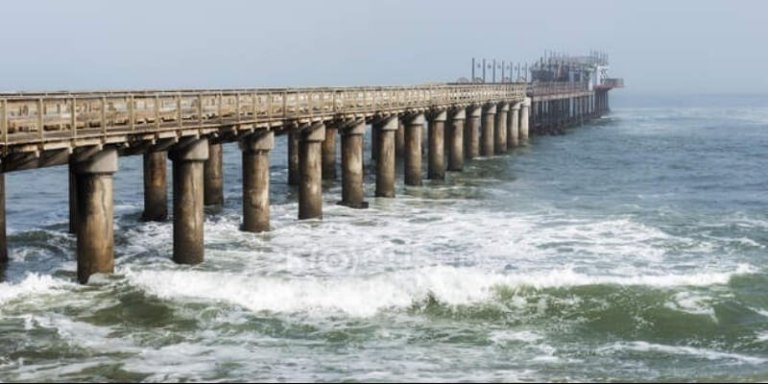 This 3 days Safari takes you to Swakopmund Swakopmund the coastal city in Namibia, its sandy beaches face the Atlantic Ocean. Established by German colonists in 1892, the city’s colonial landmarks i Read more ➤ 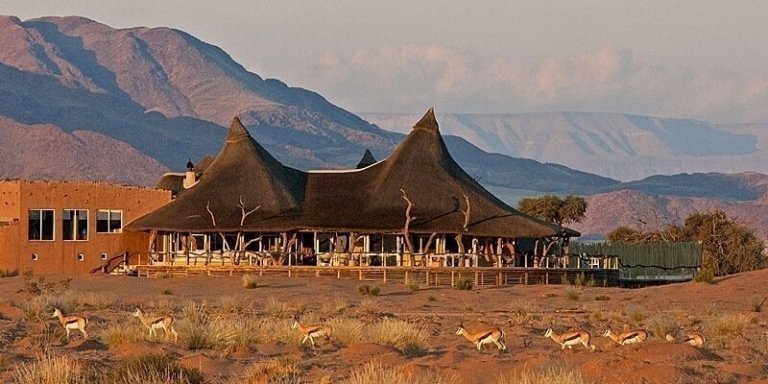 Escape to the Namib Desert in Namibia, a unique destination with a variety of desert landscapes. It holds the title for the oldest living desert on earth, with flora and fauna perfectly adapted to Read more ➤ 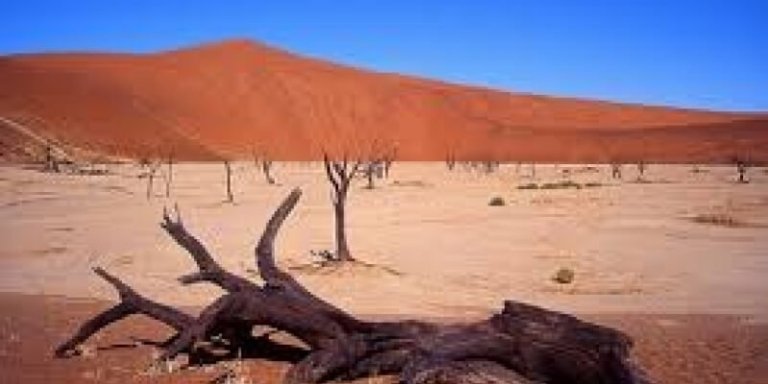 Experience the best that Namibia’s wildlife has to offer on this unique multi-day safari expedition, which splits your nights between Sossusvlei, Swakopmund, and Etosha National Park. Get up close a Read more ➤