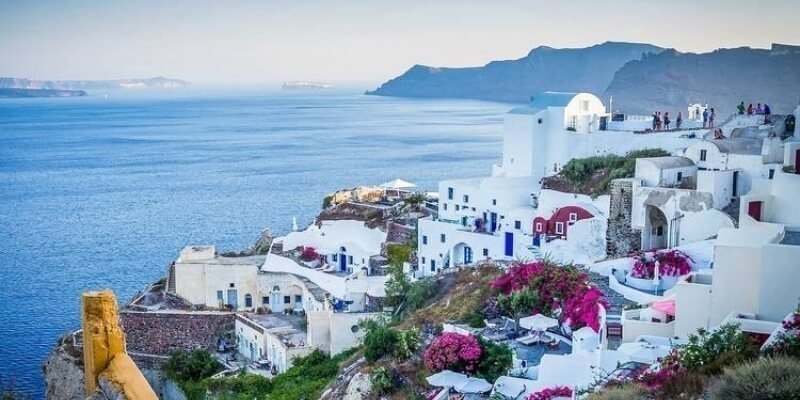 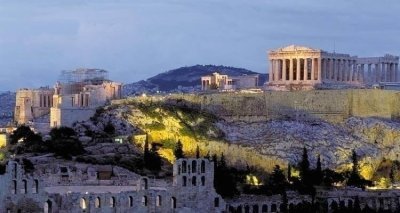 Ancient ruins, stunning scenery, lots of sunshine, marvellous beaches, the Greek Islands, the crystal-clear Aegean Sea, and tasty cuisine…this is Greece, and on this Greece vacation, you’ll experience all of this and more! History comes alive on your guided tour of Greece's ancient sights.

Visit the Acropolis, dating back to the 5th century BC; Olympia, where the Olympics began in 776 BC; ancient Corinth, dating back to the 8th century BC; the Beehive Tomb and Lion Gate in Mycenae; the amazingly well-preserved, 2,300-year-old open-air theatre in Epidaurus; Thermopylae, where the battle between the Greeks and Persians took place in 480 BC; Delphi, where you’ll hear about the Oracle; and more.

The tour operator has also included some traditional experiences for you to get a true sense of Greek life. Enjoy a cooking demonstration where you'll learn how to make the traditional Greek tzatziki appetizer. Also, enjoy a dance lesson, where you’ll learn how to dance the sirtaki.

Embark on a 7-night cruise on the Aegean Sea cruising to some of the world’s most beautiful islands world as well as Ephesus in Turkey. Visit Kusadasi and the Greek, Roman and Byzantine excavations of Ephesus in Turkey; explore the old town in Rhodes and visit the fabulous Temple of Athena in Lindos; Heraklion on Crete; Santorini (weather permitting), still an active volcano offering one of the world's most breath-taking panoramas; Milos, the “Island of Colors” and Mykonos, Greece's most famous jet-set island with its seafront village, sandy beaches, and whitewashed houses. From the picturesque fishing villages and stunning islands to ancient historic sights, this is a vacation of a lifetime! 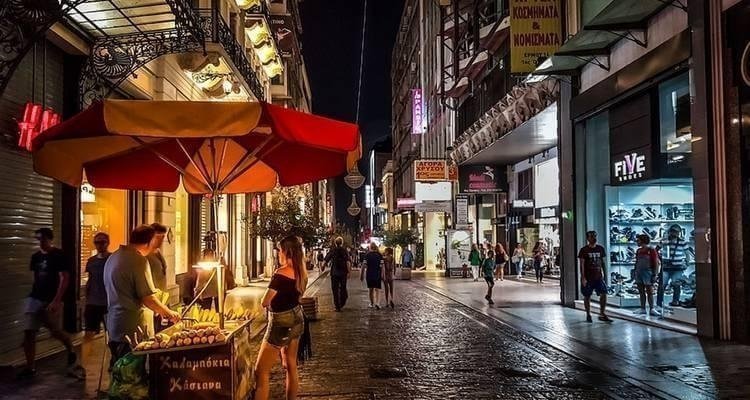 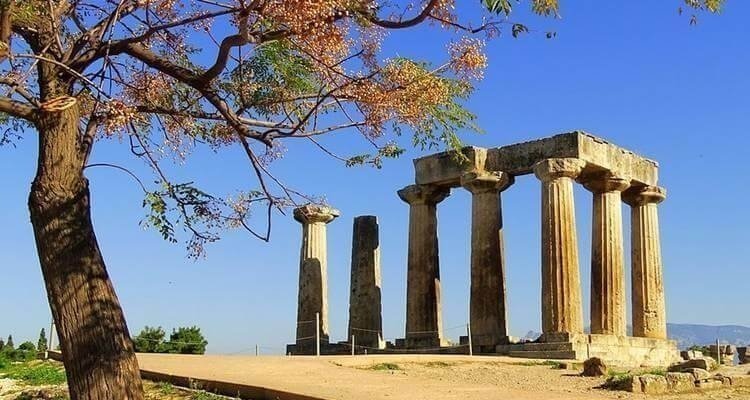 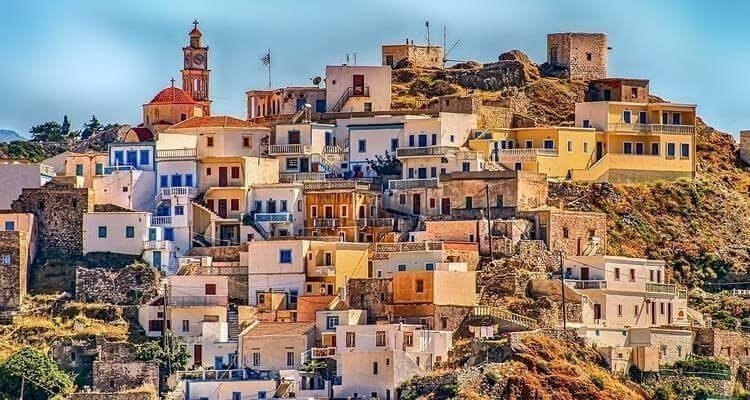 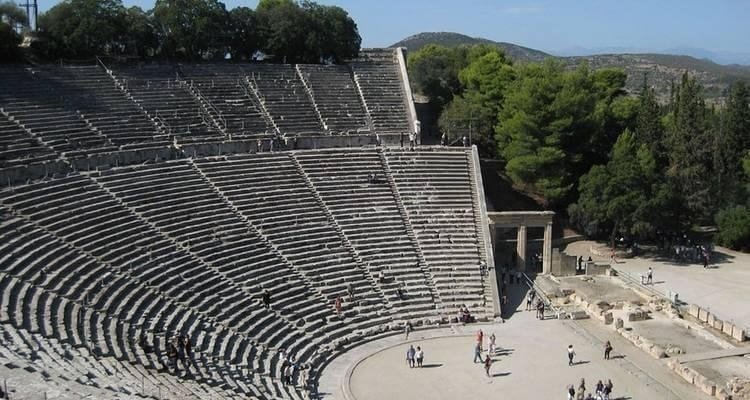 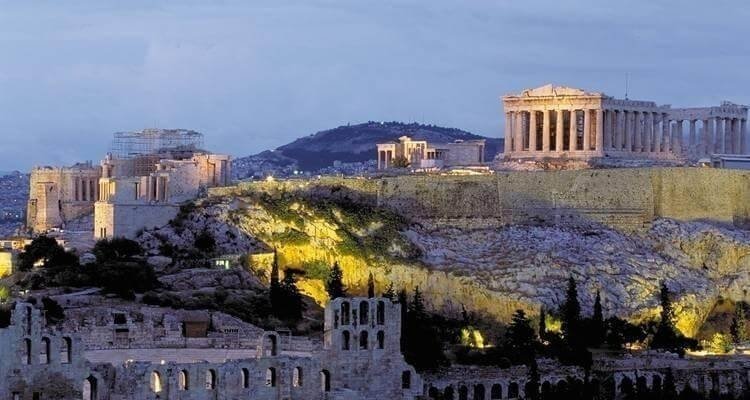 Start and end in Athens! With the ocean cruise tour Classical Greece with Idyllic Aegean 7-Night Cruise, you have a 16 day tour package taking you through Athens, Greece and 16 other destinations in Europe. Classical Greece with Idyllic Aegean 7-Night Cruise includes accommodation as well as an expert guide, meals, transport and more. DAY 1: ATHENS, GREECE - Welcome to Athens! At 6 pm, meet your traveling companions for a welcome drink with your Tour Director. DAY 2: ATHENS - Sightseeing with a Local Guide features a visit to the world-famous ACROPOLIS, perched high on a rocky outcrop overlooking the city. Here, see the Parthenon, the Erechtheum with its Porch of Maidens, and the Temple of Athena Nike. Enjoy a panoramic view that includes glimpses of the Temple of Olympian Zeus, Theater of Dionysus, and the beautifully preserved Theseum, where Socrates taught. Later, a city orientation tour features the Parliament House and a picture stop at the Panathenaic Stadium. Dating back to the 2nd century AD, it is the only stadium in the world built entirely of marble, and was host to the opening and closing ceremonies of the first modern Olympics in 1896. The rest of the day is at leisure. Tonight, perhaps join an optional dinner outing to sample local fare. (B) DAY 3: ATHENS, CORINTH, MYCENAE, EPIDAURUS, NAUPLIA - Cross the spectacular Corinth Canal, and visit ANCIENT CORINTH, where St. Paul preached. Two highlights today: MYCENAE, where 19th-century excavations reveal impressions of the splendors so vividly described by Homer. Admire the Beehive Tombs, known as the Treasury of Atreus; the Lion Gate, Europe’s oldest known monument; the remains of Agamemnon’s Royal Palace; the impressive fortifications of the Citadel and visit the museum. A short drive brings you to EPIDAURUS for a tour of its amazingly well-preserved 2,300-year-old open-air theater. Overnight in nearby Nauplia. DAY 4: NAUPLIA, OLYMPIA - Spectacular scenery abounds on the way through the Arkadian Mountains. Spend the afternoon in OLYMPIA, where athletes of antiquity competed in honor of the king of deities. Learn about the history of those original Olympic Games as you walk among the impressive remains of the Gymnasium and the Temples of Hera and Zeus. Also visit the MUSEUM that displays Praxiteles’ magnificent statue of Hermes. Tonight, enjoy a COOKING DEMONSTRATION and learn how to make the traditional Greek tzatziki appetizer. DAY 5: OLYMPIA, PATRAS, DELPHI - In and around PatraPass by the busy seaport of Patras, proceed to mystic Delphi. The afternoon is devoted to a fascinating tour of the ancient sanctuary of the god Apollo in its dramatic setting on Mount Parnassus. Hear about the Oracle and tour the EXCAVATIONS. End the day with a visit to the ARCHAEOLOGICAL MUSEUM to admire the Charioteer, an extraordinary 5th-century BC bronze statue. A highlight this evening is a DANCE LESSON, where you’ll learn how to dance the sirtaki, made famous in the movie Zorba the Greek, accompanied by a glass of Ouzo. DAY 6: DELPHI, METEORA AREA - Drive past Lamia and Trikala to Kalambaka in the unreal, fantastic landscape of Meteora with its rock-top monasteries. Visit VARLAAM MONASTERY, famous for its frescoes, and ST. STEPHEN’S MONASTERY, featuring a unique collection of icons and an incredible panoramic view. DAY 7: METEORA AREA, THERMOPYLAE, ATHENS - Today’s highlight is a guided visit to THERMOPYLAE, the site of the heroic battle of Leonidas’ 300 doomed Spartans against Xerxes’ huge Persian army. On the way back to Athens, your Tour Director will tell you about Thebes, the setting of Sophocles’ Oedipus Rex, and Marathon, where 10,000 Athenians defeated more than twice that number of Persian invaders in 490 BC. Tonight, maybe join an optional dinner at a local restaurant. DAY 8: ATHENS, PIRAEUS (EMBARKATION), MYKONOS - Head for Piraeus, where you will sail into the deep-blue waters of the Aegean Sea. (B,D) DAY 9: CRUISING: KUSADASI, TURKEY - Port of call today: Kusadasi on the Turkish coast. Visit the fascinating Greek, Roman, and Byzantine excavations of EPHESUS. (B,L,D) DAY 10: CRUISING: RHODES - Today is dedicated to the island of RHODES. Explore the historic OLD TOWN with its ramparts and palaces builit by the Knights of St. John during the Crusades. Next is LINDOS with the fabulous Temple of Athena. (B,L,D) DAY 11: CRUISING: HERAKLION, CRETE - Dock at Heraklion on the island of Crete. A few miles away is KNOSSOS, the center of the 3000-BC Minoan civilization and the setting for the legend of Greek hero Theseus and the Minotaur. (B,L,D) DAY 12: CRUISING: SANTORINI - This morning, call at Santorini (weather permitting), the “Black Pearl of the Aegean.” The optional shore excursion takes you to the cliff-top village of Oia for one of the world’s most breathtaking panoramas. (B,L,D) DAY 13: CRUISING: MILOS, MYKONOS - First port of call today is the volcanic island of Milos, known as the “Island of Colors” for its spectacular colorful rock formations. The island is most famous for its ancient statue of Aphrodite—the world-famous Venus de Milo, which is on permanent display in Paris’ Louvre. Milos is also renowned for its magnificent beaches, picturesque villages, and catacombs that are older than Rome’s. This afternoon sail to Mykonos, and arrive in the early evening. (B,L,D) DAY 14: AT LEISURE ON MYKONOS - A whole day to do just as you please. Relax in the sun on one of the beautiful golden sandy beaches or take a short boat ride to see the archaeological ruins on the nearby island of Delos, a UNESCO World Heritage Site. Inhabited since the 3rd millennium BC, Delos was known in ancient times as a sacred sanctuary and, later, as the birthplace of the twin gods Apollo and Artemis. (B,L,D) DAY 15: PIRAEUS (DISEMBARKATION), ATHENS - After breakfast on board, disembark at Piraeus and return to Athens. Tonight, you may wish to join an optional dinner at a local restaurant. (B) DAY 16: ATHENS - Your vacation ends with breakfast this morning. (B)

How much time does the Classical Greece with Idyllic Aegean Cruise - 16 Days Vacation Package take? 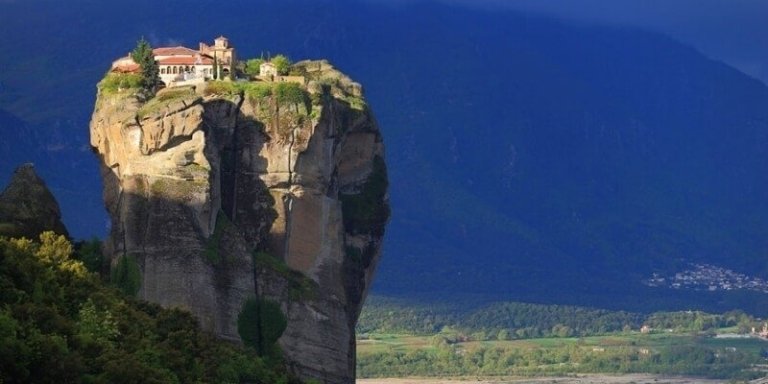 Mythology, History, Mediterranean art, generous sun... Absolutely Greek is the perfect tour package in Greece that offers the perfect cocktail for a successful holiday! Greece is an exciting Read more ➤