Offering endless attractions in Tenerife this is the largest of Canary Islands. Tenerife is dominated by vast attractions sceneries. It is located off West Africa harbouring great Mt Teide, a dormant volcano which is also Spain’s tallest peak. It is best known for its Carnaval de Santa Cruz, a huge pre-lent festival that is crowned with parades, music, and dance in colourful costumes. Some other attractions in Tenerife include vast beaches with sand from black to yellow and also resort areas among them Los Cristianos and Playa de Las Americas. It is locally referred to as the ‘land of eternal spring’ with tourist flocking in for years in search of its world-class beach and bars. Being the largest of the seven Canary island, Tenerife attracts over five million tourists a year, all these because of its magnificent beauty and a world-class touch of scenarios. From mountains to monkeys, night dives to nightlife, its rich history and more so the festivals held on the island. It is not hard to depict why this island has a lot of attractions in Tenerife to offer to everyone.

Island is located to the west of Morocco, attractions in Tenerife are vast and widespread. The island is suited with warm and sunny weather all year round with strong trade winds in the Atlantic outlining it as a world-class spot for surfing and windsurfing.

To begin your tour to attractions in Tenerife, you can visit the beaches or hike to a hidden hilltop village. Grab a sample local delicacy commonly known as papas arrugadas (wrinkly potatoes). Enjoy the stunning views of the snowy mountain peak. Feel free to explore the coast of Tenerife by a kayak tour and take a snorkelling with turtles tour. Crown your day by sipping cocktails on the sand and later on dance off your night with the locals in a Latin bar. Planning a tour? Then this is the place to visit. Here are some of the attractions in Tenerife you can enjoy while on the island to make your holiday more fulfilling.

Take an excursion to Mount Teide 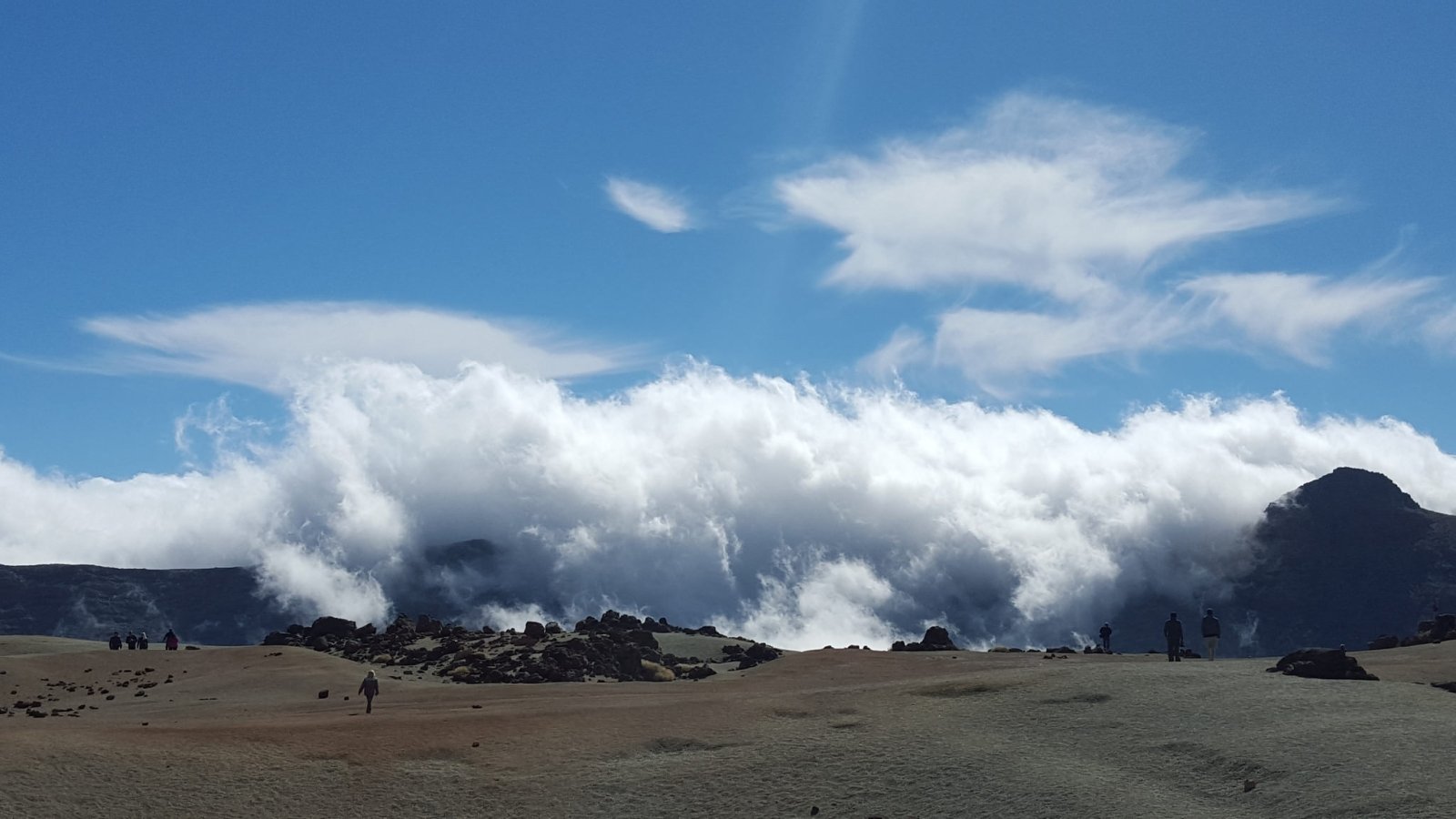 This magnificent mountain stands at 3718 meters and Mount Teide is the highest peak in Spain, and the world's third highest volcano. This attraction in Tenerife boasts of three lookout points of the fantastic views of Tenerife and surrounding islands. You can enjoy a breathtaking sunrise view to witness an actual spectacle of the shadow of the mountain that stretches across the island. On a misty day, a sea cloud below is stunning making it worth the trip. Above all, experience the nature around the mountain by enjoying a guided hike to the Teide peak and back. Surely it will be worthwhile and astonishing to have a sight from the peak to all the surrounding splendor.

The Teide National Park avails the serenity of highest order. The sight on this attraction in Tenerife is fascinating with luscious forests of lava plains of La Esperanza stretching to the lunar volcanic rock formations like the Roques de Garcia. It is rumoured to be one of the most diverse places under the sun, Crowned with various activities that include landscaping, walking tours like Teide light hiking tour, and luxurious private tours to Teide or even off-road jeep tours. Take your time to star gaze at night to enjoy the beautiful night on the island. 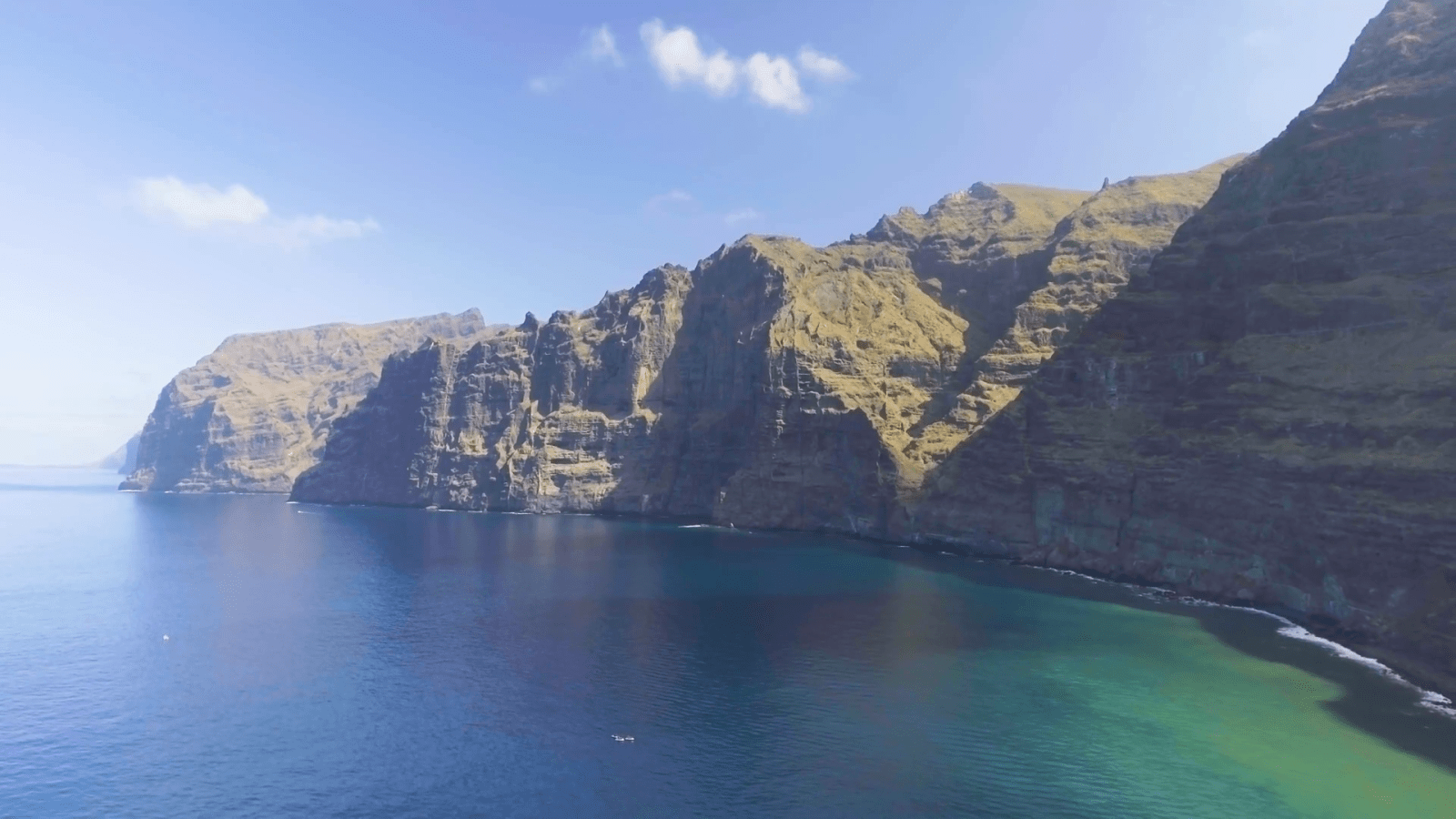 This is loosely translated as cliffs of the giants. These attraction in Tenerife are overwhelming cliffs stretch between 500- 600 meters above sea level. Historically the Guanches, who were the earliest inhabitant s of Tenerife referred to them as Wall of Hell. The walls are not for the faint-hearted as they possess one with fear considering the height. However, they are worth a trial and offer a thrilling experience that you cannot afford to go by. You can also visit the town of Los Gigantes - here you can engage in diving, kayaking, paddle boarding and also whale watching trips around the Los Gigantes cliffs. 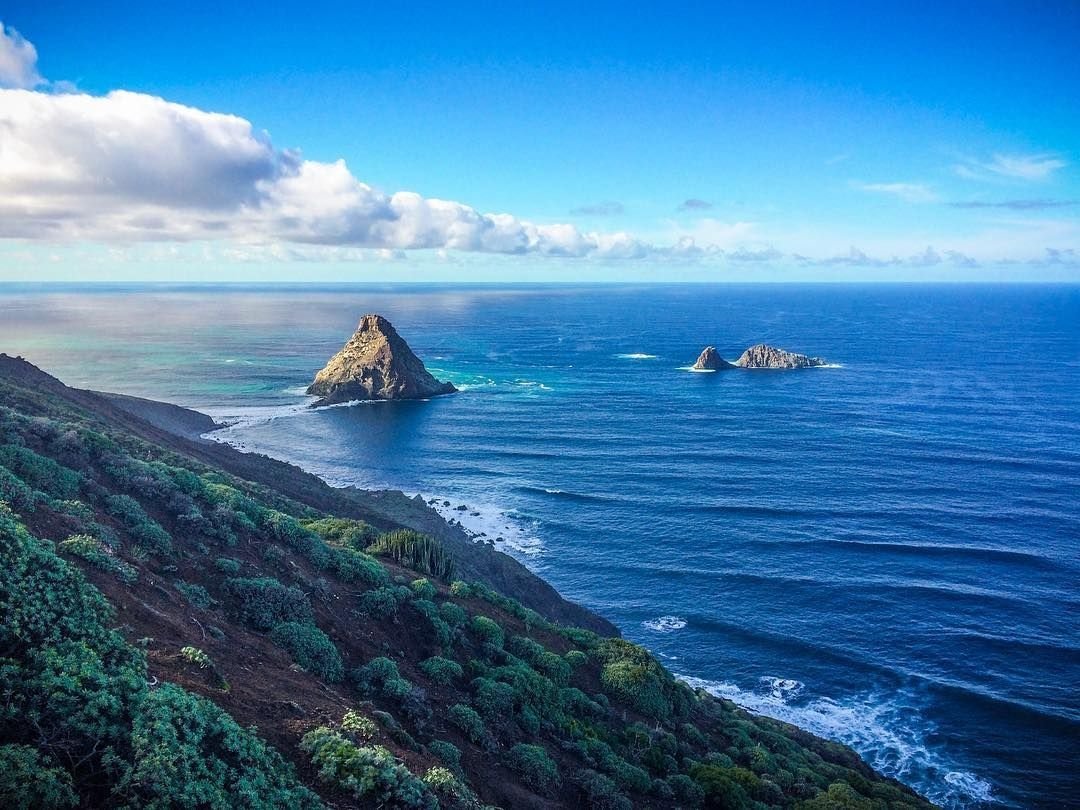 Located on the northeast side of the island, Anaga Mountains offer an unforgettable experience of hiking in Anaga. Hike from Benijo to the Roques de Anaga which are two rocky outcrops from the sea that possess a geological and also ecological importance. Exhaust your hike by taking a serious Anaga Adventure hiking tour to the elusive Rouque de Bermejo boat community. The mountains were formed from a volcanic eruption which is dated to about 7-9 million years ago. This makes the mountain a prehistoric site of the island and one of attractions in Tenerife. Taking a trip here feels like going back in time to another place. Here you will find El Bailadero village that is named after a coven of witches who are rumoured to have danced around fires back then. 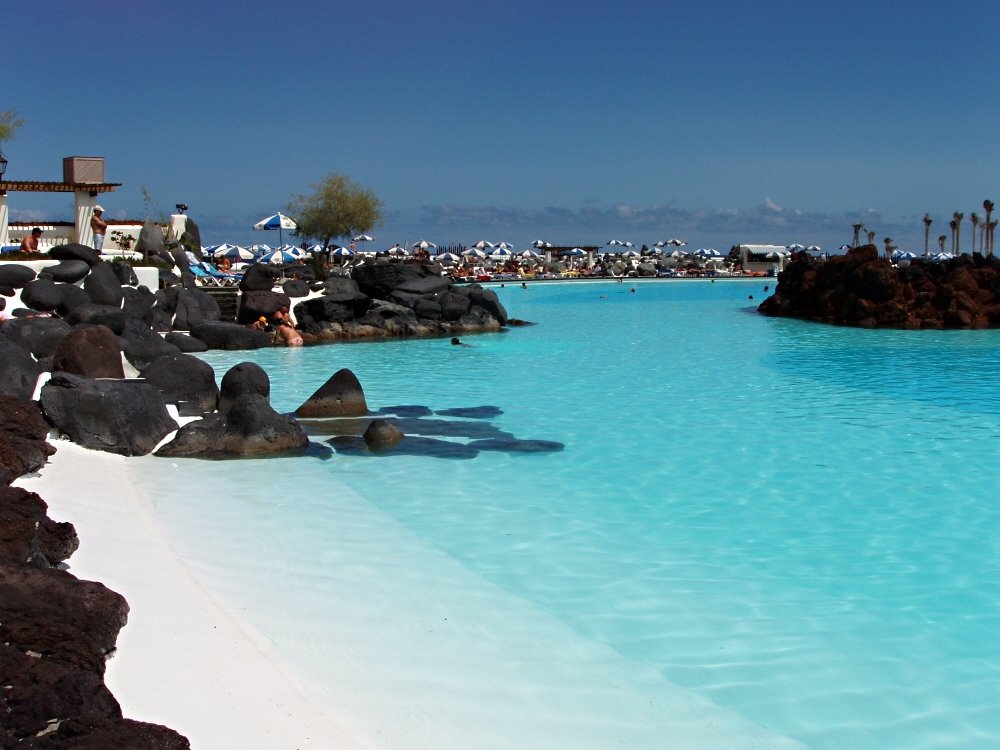 Expedite your travel by visiting and spending some time at the Cesar Manrique's Lago Martianez. This is one of attractions in Tenerife, which is far-fetched a kilometre stretch of artificial seawater pools, three beaches, gardens, and balconies. Everything here has been precisely thought out. It is fascinating to enjoy the view from the upside down eucalyptus trees; all the way to the solid blocks of surging concrete which act as a fitting tribute to the Atlantic. A Lanzarote artiste known as Martinez has created an exclusive space which reflects the dynamic natural environment of Tenerife complete with features like water volcanos and a geyser. Entry here is cheap and while on this island feel free to take a visit to this world-class setting. 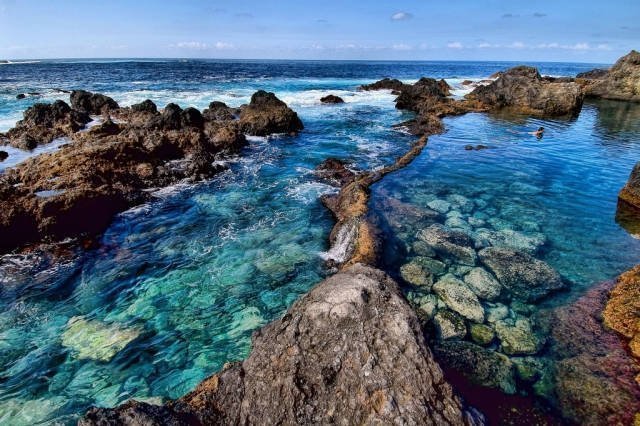 As the name depicts, the pools were created following 1706 volcanic eruption of Arenas Negras volcano. There are lava rock pools and offer a great exposure to swim in nature without worry. The pools are set in a system such that they have walkways and diving points that one can take a dive from. They are of the attractions in Tenerife you cannot afford to miss out on. Moreover, the waters are crystal clear, perfectly set for snorkelling. However, the pools are cordoned off during high tides in spring and autumn. You can visit Garachico with possibility to swim in in these famous lava pools with Go West private tour. There are also Bajamar tidal pools that offer a family-friendly alternative, composed of two man-made saltwater pools next to the ocean. To crown it all there is a sandy beach protected from waves. 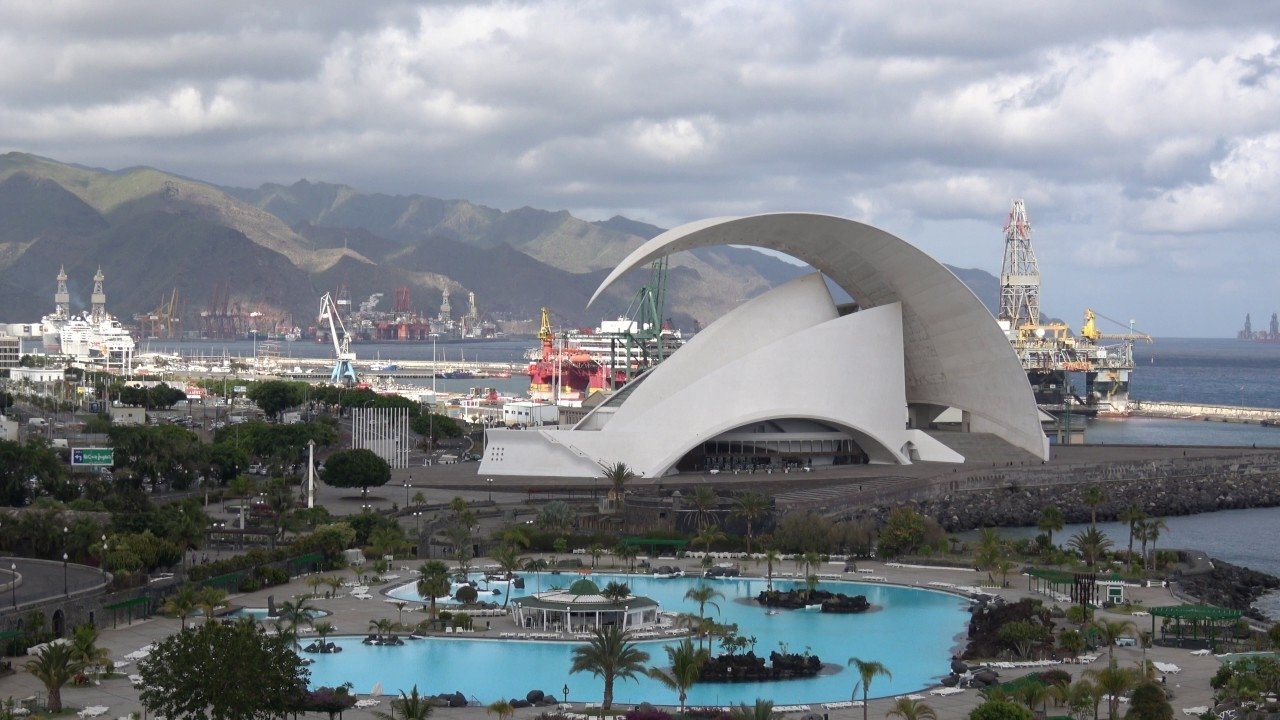 It is nicknamed Sydney of Atlantic, because a bit similar to the Sydney Opera house, and one of the islands iconic architectural structures. Tourist comes here to photograph this feature which's amazingly big and astonishing. Designed by an architect of Santiago Calatrava, this ambitious structure depicts a huge wavelike arch that seems to defy gravity. It is impressive at night when lit with bright light. Here you will be able to join in dance shows, music, and comedy. It is also home to Tenerife symphony orchestra. This attraction in Tenerife will overwhelm you with great beauty associated with it and possible to visit with Anaga Mountains & Jungle private tour or with Santa Cruz de Tenerife city tour. 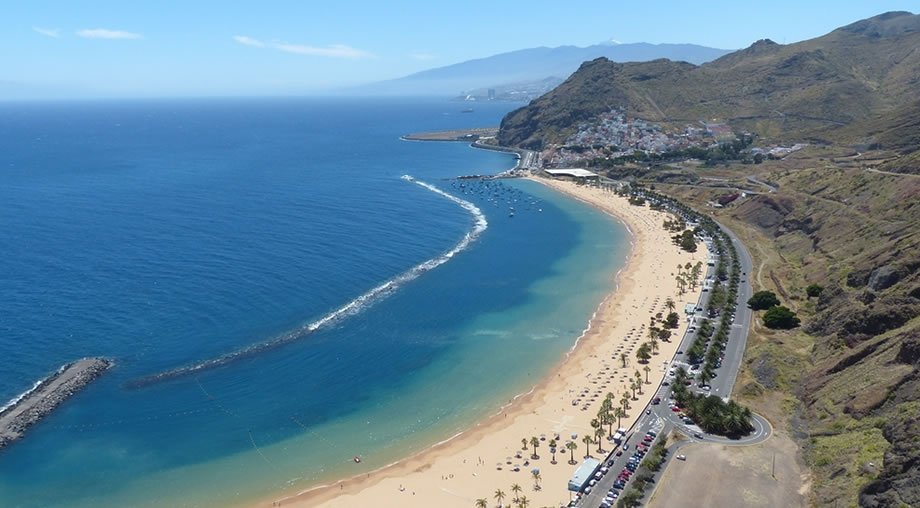 Holidays provide a serene and comfortable environment to escape the hustle in the city. This beach is one of the main attractions in Tenerife and the place to be. It is a 20-minute drive from the capital of Santa Cruz de Tenerife. It is comfortable with amazingly feature of yellow sand where one can sunbathe and stretch. Though busy over the weekends, you can still join in yoga classes or even a volleyball game. Depending on your preference you can also relax at the seafood restaurant on the beach. 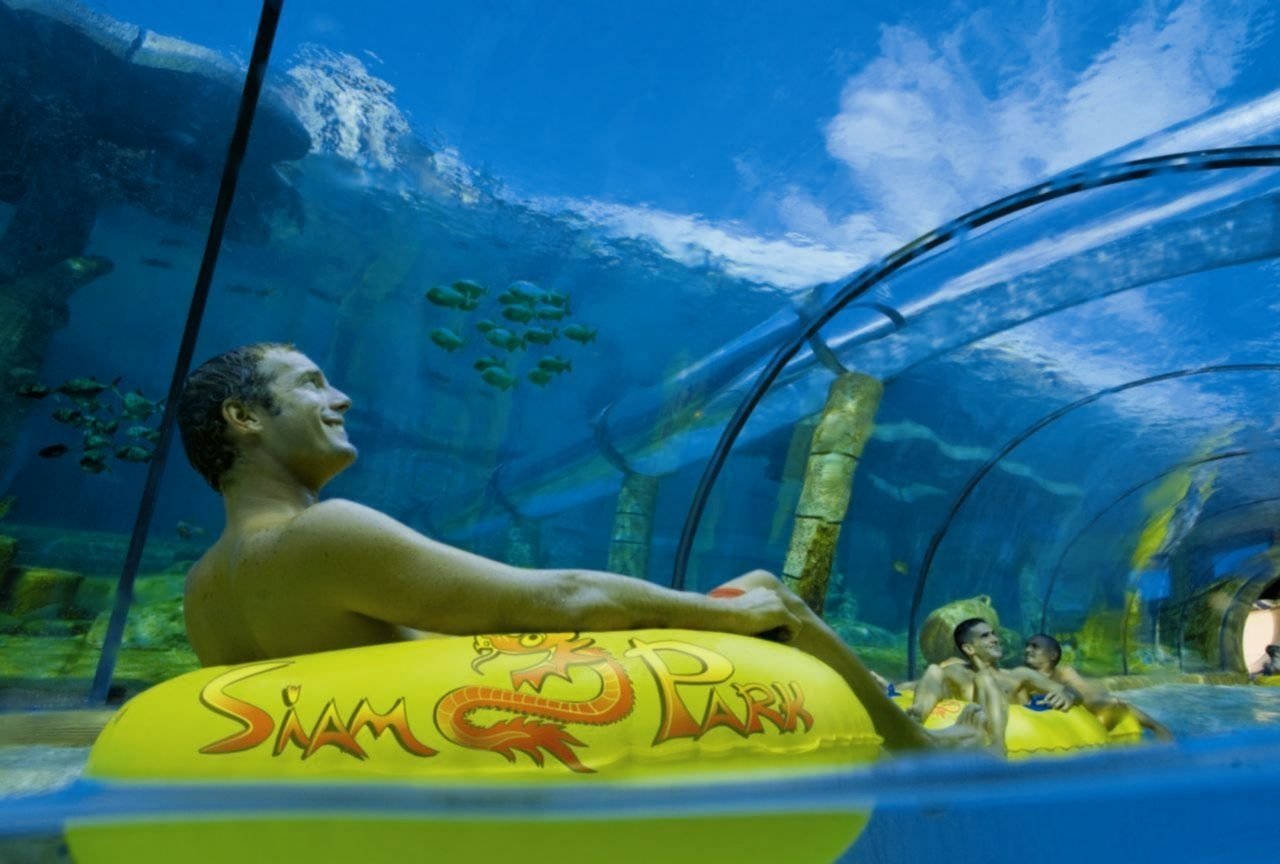 The park is amazing and is considered to be Europe’s biggest water park. Boasts of the award having been crowned as the winner of traveler’s choice between popular attractions in Tenerife. The Thailand themed water park is located towards the south of Tenerife. It is definitely a place that will not disappoint. It is home to biggest man-made waves as well as an artificial beach, river rapids and also sea lion island. Travel to the park to get a firsthand experience of nature and all it has to offer. Staying in the North you can simply take a day tour to Siam Park that includes express bus transfer and entry tickets to Siam Park. Discover more things to do in Costa Adeje.

This is a 13.5-hectare zoo packed with various amazing animals is within the list of must visit attractions in Tenerife. The aquarium has seven themed exhibits which include, Thai village, an orchid garden and an adventure playground for children. There are sea life shows that feature dolphins, sea lions, and orcas. Exhaust your day by bird watching in the Katandra Treetop walkway to crown your adventure. Easy option to visit Loro Parque and to book the Loro Parque Express day tour, including express coach return transfer and admission tickets to Loro Parque.

To discover all the Tenerife attractions, please, visit dedicated our blog Things to do in Tenerife.