Tour Around the Island - Private VIP Tour in Tenerife

Then Tour Around the Island - Private VIP Tour in Tenerife will take you to extremely scenic drive through the Teno Mountains and stop in the Masca village built by pirates hundreds years ago - a kind of lost town which had been isolated from external world for hundreds of years.

Along extremely curvy, narrow road with unbelievably scenic views of cliffs and canyons we will arrive to Garachico, first capital of Tenerife, destroyed by the last big eruption of the volcano 300 years ago. After visiting historical part of this quiet town Tour Around the Island - Private VIP Tour in Tenerife will take us to the other historical town on the Western coast - Icod de Los Vinos. Here we are going to see the biggest and oldest Dragon Tree maybe the oldest tree in the world.

To explore the beauty of the North of Tenerife Island we later take highway to move into a different world – to Anaga Mountains and jungle. Tour Around the Island - Private VIP Tour in Tenerife is the best way to feel this differences and to visit the wildest and less known by visitors part of Tenerife. We will enjoy scenic views, we will listen birds and walk into the jungle and then, if you will wish and would not feel tired to explore, we will visit the two far villages of Taganana and Benijo to feel authentic atmosphere of the island and take dinner or a coffee some 300m over the waves of the ocean.

Continuing, we will stop at a few point where you can see a post card style panoramic views, including the famous Playa de Las Teresitas, an artificial huge beach built with the sand from Sahara desert. And finally, on the way back to your Hotel we will do a coffee stop Candelaria town with its beautiful Basilica of Black Madonna and majestic statues of kings of Guanches - native people of Tenerife.

Is what say those who took the Tour Around the Island - Private VIP Tour in Tenerife:

"We had a 'round the island' tour in the first week of May. We were a group of 7 on a bachelorette party. The day started with visiting the unique church, Basilica de Nuestra Senora de Candelaria and a cup of Barraquito at the local coffee shop. We then went to Santa Cruz de Tenerife and saw the auditorium, went up to several different view points to take some breathe-taking photos including the Playa de Las Teresitas before having a delicious seafood lunch in El Frontón with a great sea view. We then went up to the mountains to the La Laguna, which is great for hiking (bring your jacket with you as it can get really cold). We also went to a lovely village in Garachino while Gregory gave us some interesting history of each places we visited. After then we had a sunset dinner in a traditional family-run restaurant. Not only we had an enjoyable time with some carpool karaoke sessions, Gregory even tailored our trip for a quick visit to 'Mercadona' the local supermarket for us to get snacks for the trip! We got to see the entire island with a skilled photographer who was always willing to take some beautiful shots for us. He has a great passion and takes pride for what he does. I highly recommended!."

"Our full day tour of Tenerife - Tour Around the Island - Private VIP Tour in Tenerife - it was a magical experience. Gregory was prompt, courteous and knowledgeable and had planned an itinerary to take in many of the various sights and landscapes that the island has to offer. Throughout the tour, Gregory was on hand to suggest just the right spots for the best views and seemed to take genuine pleasure in our enjoyment and discoveries. The pace of the tour was unhurried with plenty of time for us to linger at particular stopping points. Having had the opportunity to travel extensively, we would rate this tour and the service provided by Tenerife Host as the very best we have experienced. Every expectation met and exceeded. Very much looking forward to our next trip to Tenerife when we will definitely use Tenerife Host again."

"Gregory was an Amazing host who showed us the various climates of Tenerife. He was so helpful and gave us facts about the island - which was very interesting. We experienced various activities along the way and saw unbelievable parts of Tenerife which was breathtaking. We couldn't of had a better host and tour of the island.... Thanks Gregory!!"

- Pick-Up directly from your Hotel in Tenerife (pick-up time will be arranged up to your wishes after the booking made). - Photo stop at the cliffs of Los Gigantes - highest cliffs in Atlantic. - Stops in Teno Mountains. - Stop in Masca village. - Driving through the Masca Road and Masca village. - Optionally stop in a local restaurant for a lunch or dinner. - Visiting Garachico town destroyed by volcano 300 years ago. - Visiting Icod de Los Vinos town and Dragon Tree. - Optionally (if time allows us) testing traditional wines from Tenerife. - Visiting Anaga Peninsula. - Visiting a remote village and walk in the jungle. - Photo stops at Jardina and Playa de Las Teresitas view points. - Coffee and Photo stop in Candelaria. - Drop-Off at your Hotel in Tenerife.

How much time does the Tour Around the Island - Private VIP Tour in Tenerife take?

Tour Around the Island - Private VIP Tour in Tenerife duration is 8 hours, 30 minutes.

You can book Tour Around the Island - Private VIP Tour in Tenerife at least in 2 days. Check availability calendar in "Book Now" form to see currently available dates. 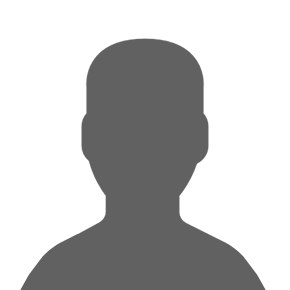 Best opportunity to see and learn about beautiful island !

Just returned from Tenerife where we had 4 amazing tours with Gregory. 1) Tenerife Island tour; 2) Teide Volcano; 3) Anaga Hike; 4) La Gomera Island Tour. Each tour was well planned and tailored to our interests. Bespoke tours are well worth the extra expense. Gregory has a lot of historical and cultural knowledge about the Canary Islands and he's happy to share. He also takes amazing photographs! Highly recommend!

Tour Around the Island - Private VIP tour in Tenerife

Volcano & Mount Teide private tour in Tenerife is the VIP class tour or shore excursion to the central part of Tenerife with the best rated guide in Tenerife. The trip starts and ends at your hotel at any part the Read more ➤

Anaga Mountains & Jungle VIP Private Tour in Tenerife to the North of island is for those who admire the beauty of the nature. We will visit endemic jungle and beautiful beaches, Anaga, wildest part of Tenerife Island. Read more ➤

Spectacular Go West - VIP Private Tour in Tenerife to Masca, Garachico and Icod along a curvy, but one of the most beautiful roads for sightseeing in the world. True mix of amazing landscapes, history and island's Read more ➤

Private VIP Tour Tenerife Magic Circle is an unique experience. You will visit more than a half of the island and will see not just the most famous attractions, but also a lot of hidden gems and the mist scenic places. Read more ➤

Teide Sunset & Stars Private VIP Tour in Tenerife is probably the most romantic and unusual experience you can have in Tenerife. Meet incredibly beautiful sunset from the special point on the top of the island and have Read more ➤

Loro Parque Private Tour in Tenerife is dedicated to those who stay in the South of Tenerife and wish to visit amazing Loro Parque located on the North in the most comfortable and relaxing manner. With the private tour Read more ➤

Grand Tour Tenerife is a private VIP Private Day Tour is absolutely exclusive and unique private day tour that allows you to see whole the island of Tenerife in one single day. The tour is made by the best rated Read more ➤