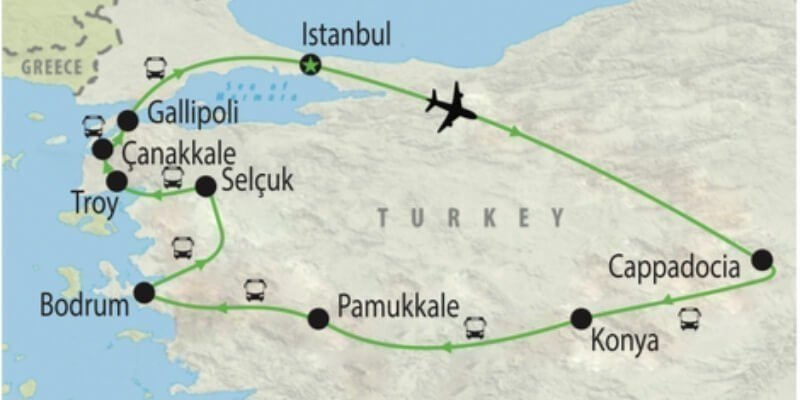 13 days Turkey tour covers everything from the cosmopolitan city of Istanbul, with its architectural wonders, to far-flung Cappadocia with its fairytale landscape, to the religious centre of Konya, as well as the natural wonders of Pamukkale travertine. 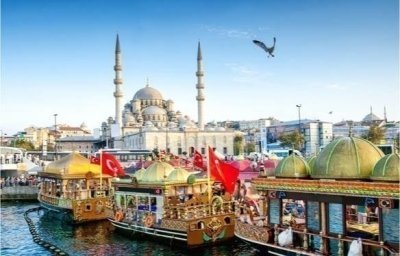 13 Days Turkey Indepth, Plunge through the millennia of history as you stitch a land marked by the Romans, the Byzantines and the Ottomans and make sense of the influences they’ve left behind in modern day Turkey. From the cosmopolitan city of Istanbul with its architectural wonders, to the far flung Cappadocia with its fairy tale setting, the religious Centre of Konya to the natural marvels of Pamukkale travertine, this tour takes you for a spin around the country like a veritable whirling dervish – mystical, magical and always enthralling. 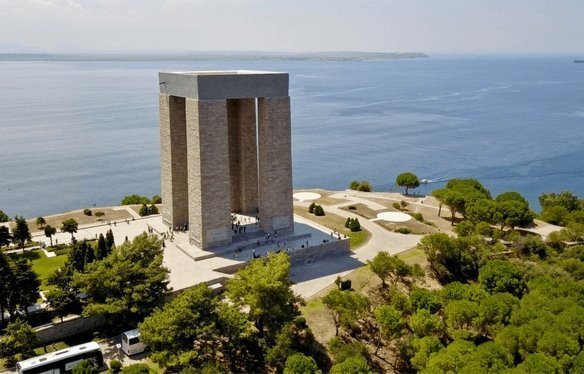 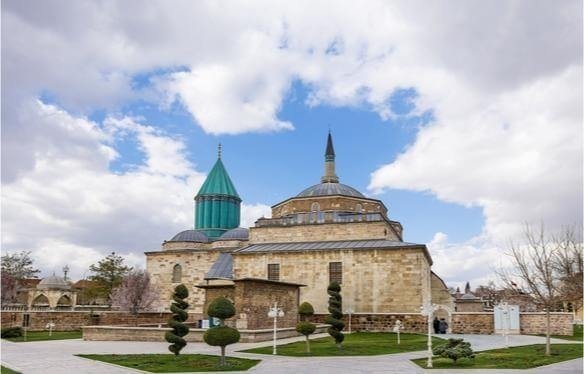 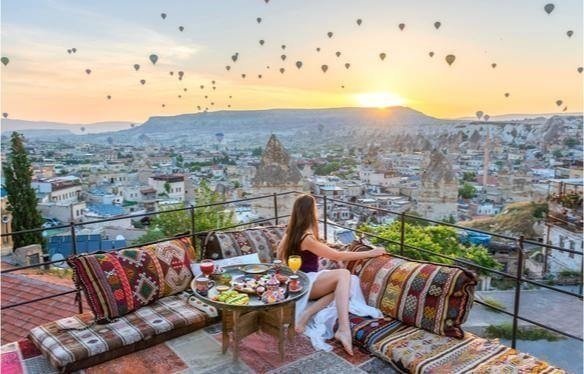 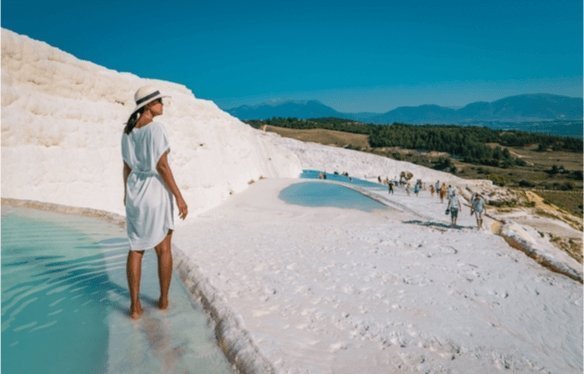 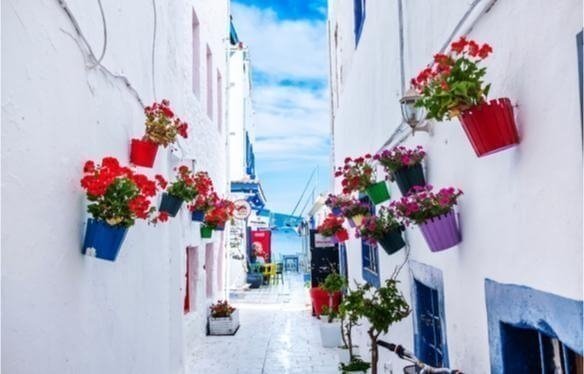 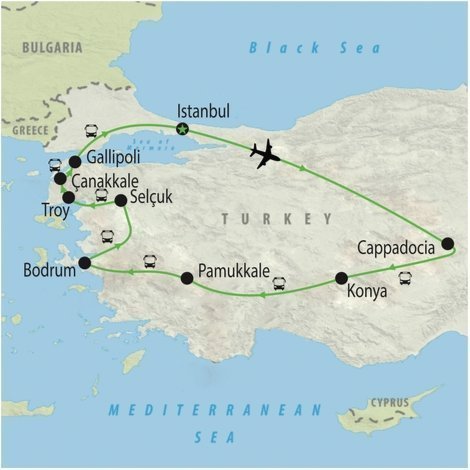 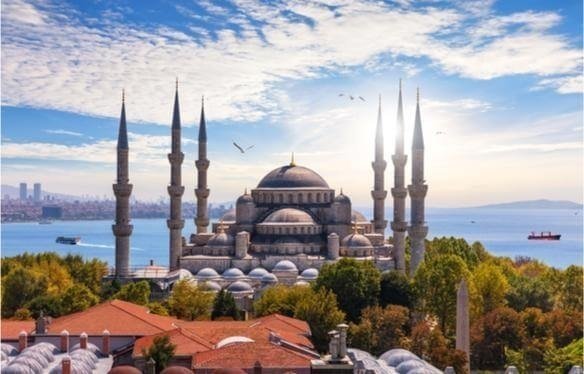 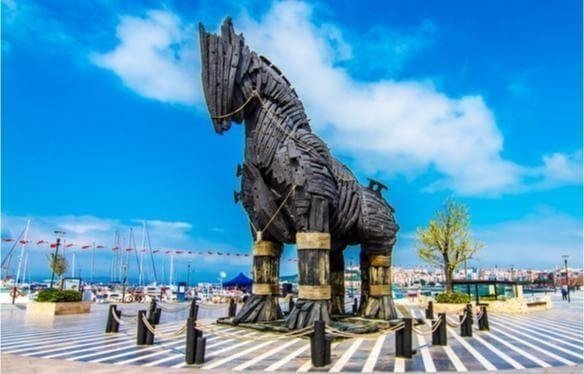 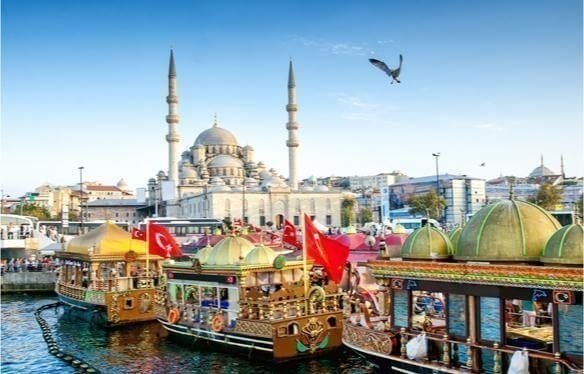 Hello and welcome to Turkey! Once you step out of the airport our representative will be at hand to link you up with your transfer and send you on your way to the hotel. Kick back and catch up on some zzz’s when you get there or go explore the neighbourhood until you meet your tour leader at 6pm in the evening. Get a teaser of the things to come at the meeting and then chase all the information down with a welcome dinner thereafter.

Lace up your walking boots after breakfast and lose yourself in Istanbul’s oldest quarters adorned by a cluster of some of the most famous landmarks in the country. Crawl through the cobble stoned plaza and a maze of history as you puzzle over the pieces that tie the remnants of three distinct eras and finally fit them into a cohesive whole that it is in the present day. Meander through the Hagia Sofia, the Blue Mosque, and Topkapi Palace amongst other iconic sites while juggling these with observations of life as it is in the Grand Bazaar and Spice Market. There’s still so much to do here so you might want to linger around later in the afternoon and do some exploring of your own.

Take a flight out of Istanbul and head for the unusual but startlingly attractive Cappadocia. While its beauty is apparent its history is equally captivating and even finds mention in the pages of the bible. Take a crash course in this ancient history as you tag along with your tour leader for an orientation walk, rounding it off by lifting your knees a little higher as you hike up to a spot and cast an eye upon the magical kingdom below. As the morning spreads into a late afternoon, raise some dust up as you rev your quad bikes and head deeper into the valley, culminating with a spectacular sunset that extends a crimson glow on the fairy tale landscape.

Knock those walking boots against the floor and get them hike ready in the morning as you make your way to the Red Valley, so called because of the red sandstone rock formations that change from light brown, to pink and crimson as the sun marks its progress on the day. Discover the cave dwellings and churches that lodge themselves on this surreal landscape and end the hike on a positive note by gorging on some Turkish delights at a Women’s Cooperative restaurant. Reclaim your onward journey by visiting a local potter who might even give you pointers on how to spin the wheel and then head off to the ancient underground city of Özkonak to witness the ingenuity of the ancients.

While you’re left to your devices today, you might want to make use of your free day to discover more of what Cappadocia has to offer. With the region being so vast and so remote and with plenty of things to do, it’s not quite possible to encompass them all in the space of a single day. There’s the Red Tour that covers North Cappadocia and the sights around Goreme and the Green Tour that covers South Cappadocia; ask your tour leader who’ll break down the difference between the two so that you can make an informed choice on how best to utilize your day.

Leaving the remote location that’s been your base for three nights, drive for approximately 3.5 hours to emerge at Konya, the spiritual and religious centre of Turkey. Once you’ve checked in at the hotel and had some rest, step out to explore the city. Move your feet towards the doorsteps of Mevlana Museum first, a former school of the whirling dervishes, now the resting place of the 13th century philosopher, poet and religious teacher, Mevlana Rumi. Wander around the complex and then exit to the central square, threading your way through slender lanes to finally reach and discover the architectural brilliance of the 13th century Aziziye Mosque. Join the locals next as they mill around the Aladdin Tepe, a park with its bed of flowers and tea cafes, before visiting the Aladdin Mosque nearby.

Traverse the distance from the spiritual to the surreal as you drive to Pamukkale and come face to face with one of the most unique land formations in the world – travertine calcite cliffs borne of calcium deposits from hot springs. Enter this world of frost white terraces cradling ponds of soft blue hues and indeed walk upon this Cotton Castle (as it is whimsically known) to make sure it isn’t a figment of your imagination! Before all this, however, take some time out and visit the ancient ruins of Hierapolis and recall stories of the 2nd and 3rd centuries when its glories had reached its zenith.

Head for the coastal town of Bodrum this morning. On arrival, take a short walk to get your bearings around the town centre, pausing to contemplate the 4th century open theatre that feels like something conjured straight out of a period film set. Follow this up by knocking at the gates of Bodrum Castle built on a promontory during the early 15th century and exhibiting among other things, the Museum of Underwater Archaeology and a Glass Blowing Workshop. Later in the afternoon, make the most of visiting one of Turkey’s best boutique winery, wandering through the olive groves and vineyard, learning about the traditional methods of production and finally swirling the real thing in your mouth. There’s more to wine than red and white but if wine isn’t your thing, the food here is an absolute delight.

Unfurl a map, chalk out a plan and let your feet lead you to some of the most visited spots in Bodrum. Go wandering around the Old Town, tucked just round the corner from the Castle of St. Peter, and spend a languid afternoon here negotiating the skinny alleys that present whitewashed houses and quaint stone cottages leading out to the sea. Follow the trail of sun worshippers and head for the beaches of Bodrum Peninsula if you’re looking to put in some down time. There’s plenty here to keep you engaged so check with your leader regarding these possibilities. You might also want to sail across the blue expanse of the Aegean Sea aboard a Gulet Boat stopping at intervals to explore some tiny islets and bays or perhaps create ripples of your own as you plunge into the waters for a languorous swim.

Get back on the road again and head for Selcuk, the town that acts as a gateway to the ancient city of Ephesus. Before going for a jaunt around the sites however, drop anchor at a local family run café and dig into some ‘Gözleme’ or Turkish pancake. Once you’ve got these under your belly proceed to the ruins of Artemis Temple – one of the ancient wonders of the world built around 550 BC. Explore the Isa Bey Mosque, one of the earliest examples of a Turkish Mosque adorned with a courtyard and then, later in the afternoon, take a tour of the other important sites of Ephesus and discover for yourself what the fuss its all about!

Leaving Selcuk behind, make an approximate 5-hour journey to Troy this morning. Break the journey up by visiting a local atelier at Pergamon to watch the village women deftly move their fingers around strings to spring knots in place, hammer in the wefts and warps and give final shape to the famous Turkish carpets. Tuck in to some lunch thereafter and then construct the threads of Homer’s epic tale of love, retribution and heroism as you explore the ancient and multi-layered ruins of Troy before finally arriving at Canakkale, your halt for the night.

Start out early this morning to visit the Gallipoli Peninsula to pay homage to those soldiers who fell on both sides – the Allies comprising of the British, Australian, New Zealand, Indian and French troops; and those of the Ottoman Empire. For many of the visitors here, it’s about trying to make sense of history by recounting the sobering tale of a nine-month long siege, the emergence of Turkey’s modern founder, Mustafa Kemal, as well as the inevitable horrors that any war inflicts on people and their psyche. Understand and listen to the stories from different perspectives and after having visited these sacred grounds strewn with graves of those who fell during the campaign, complete a full circle of your Turkish adventure by driving back to where you started – Istanbul. Upon reaching your destination, come together for a final dinner to close the tour out with a bang.

It’s time now to bid farewell to your tour leader and new friends but not without a backpack full of memories. Departure Transfers are included on the day. Please consult with your tour leader or the hotel desk to confirm the check-out time.

How much time does the 13 Days Turkey Indepth take? 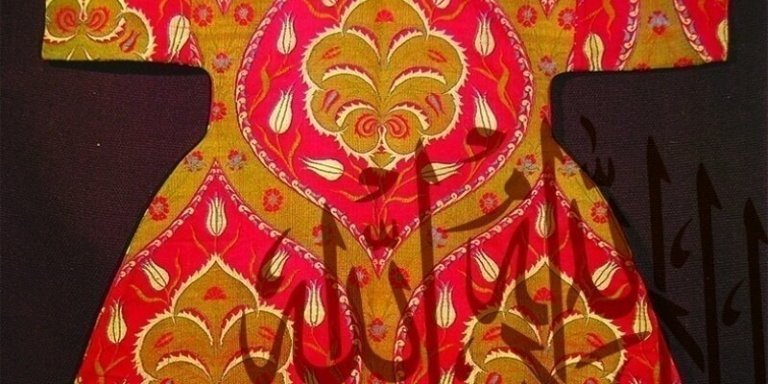 Istanbul and Cappadocia, are two contradictory places! On the one hand, a discovery of historic treasures, beautiful architecture and ambiance;effervescent of Istanbul. On the other hand the Lunar Read more ➤ 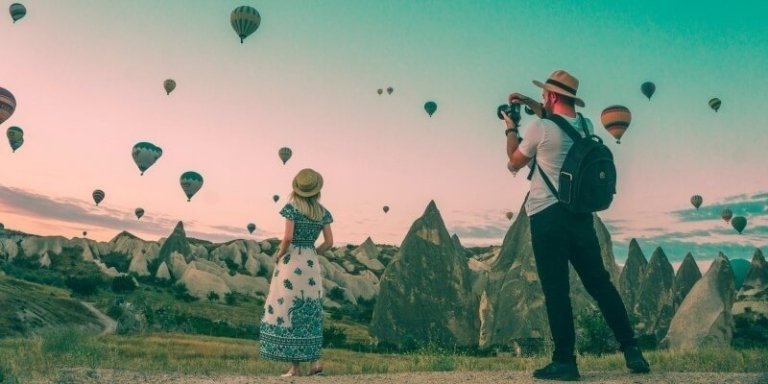 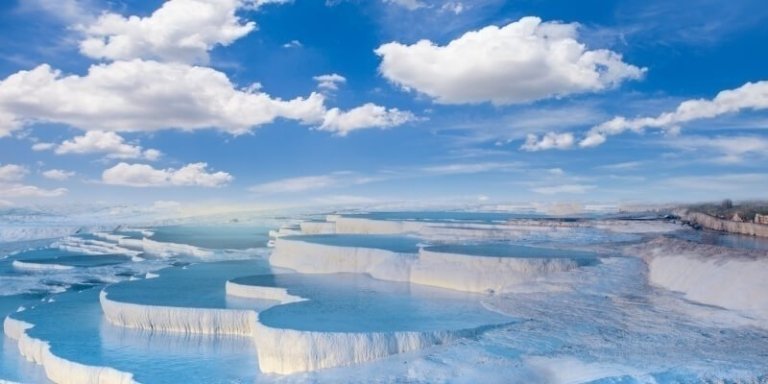 Best of Turkey Tour Package is ideal for the traveler who is short on time but wants to experience as much of Turkey’s stunning scenery and fascinating history as possible. Begin the journey at I Read more ➤ 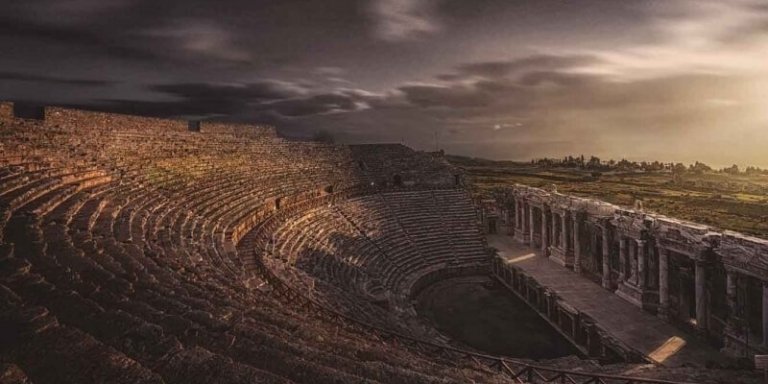 This incredible tour follows Istanbul, Ankara, Cappadocia, Pamukkale, Ephesus, İzmir, Pergamon, Troy, Canakkale, Anzac Cove, and returns to Istanbul. We have prepared this trip with a mind so you Read more ➤