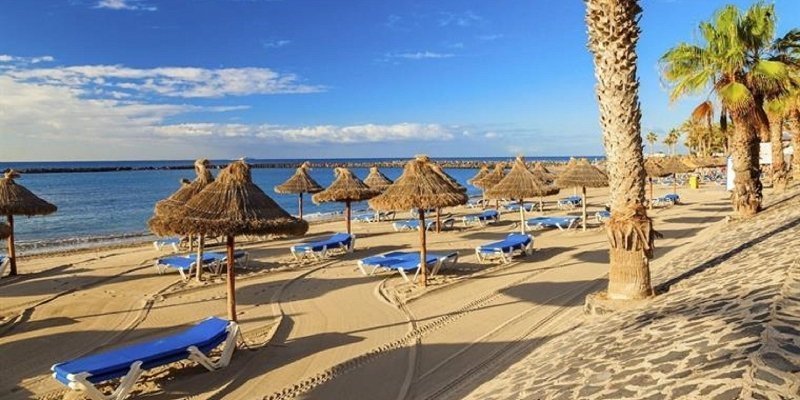 Things to do in Playa las Americas

Things to do in Playa las Americas

Playa de las Americas is located between the municipalities of Arona and Adeje, in the south of Tenerife. The name of the beach also refers to the entire tourist area, a destination for many Europeans who seek the sun during the cold winter months. There are a lot of fun things to do in Tenerife, Playa de las Americas.

Here the party life reigns in the nights, but during the day, the center of attraction is the golden sand beaches and transparent waters. The one in the Americas is the largest, with its 500 meters long. But in this coastal strip, which occupies a kilometer in length, there are other options, such as Troya beach, La Honda, or El Camisón, between greenery and palm trees.

This corner of Tenerife has a good hotel and restaurant offer, with shops and all kinds of services available to visitors. Such a variety of Playa de las Americas things to do make the city one of the favorite environments to spend a holiday season on the island.

There are many leisure activities, attractions, and water sports that can be done. Highlights the practice of water skiing, windsurfing, and diving. The area has a golf course as well. Those who want fun, sports, and entertainment for all members of the family will definitely find their favorite things to do in Tenerife Playa de las Americas:

You will find the most beautiful beaches and the most impressive cliffs on the island in the south of the island. So if your goal is to spend the day in the sun, visiting Playa las Americas is one of the best things to do in Tenerife.

The Tajao arch has been one of the best discoveries for many of those who visit Tenerife. It is a natural formation of volcanic lava, like a bridge about 30 meters high and 10 meters high, located in the Barranco de Vijagua. Its age is estimated at around 200,000 years!

Accessing it is very easy, which makes it one of the easiest things to do in Playa de las Americas, Spain. You just have to mark it on Google Maps and take a few minutes off the southern Tenerife motorway. You can park easily and walk down in about 10 minutes to the arch.

Playa de Las Tejitas, One of the Most Virgin Beaches of Tenerife

Las Tejitas beach is located on the slopes of the Montaña Roja volcano. It is one of the largest beaches on the island, approximately 1 kilometer long.

The charm of this beach lies in its impressive views of the volcano and in the fact that it is one of the most virgin beaches in Tenerife. Thus, visiting it should definitely be in your list of things to do in Playa de las Americas Tenerife.

There is an area for renting sunbeds and umbrellas, but there are no restaurants there. If you are looking for even more tranquility, you can walk a few meters to the left (facing the sea) and you will find a small cove of reddish sand.

The only bad thing about Las Tejitas beach is that it is located in one of the windiest areas of the island, so it is one of those places to go in Playa de las Americas popular among surfers. You can go here as a single adult, but we don’t recommend visiting this place among things to do in Tenerife for family.

Bahía Del Duque, the Most Beautiful Sea Spot to Visit in Southern Tenerife

In the municipality of Adeje, between the Fañabé beach and the Enramada beach is the Bahía del Duque. A 400-meter beach of fine yellow sand and turquoise waters, which is, for me, one of the most beautiful places to visit in Tenerife Playa de las Americas.

Playa del Duque is bordered by a pleasant promenade. Around it, you will find a large number of hotels, bars, and shopping centers. Visiting it is one of the most exclusive things to do in Playa las Americas Tenerife, so the bad thing is that it is very crowded in high season. The beach has all kinds of services: hammock rental, lifeguards, showers, changing rooms, jet ski rental, and parking.

The huge cliffs of Los Gigantes de Tenerife measure between 300 and 600 meters high. They are composed of volcanic rock. You can observe the cliffs during one of the many boat or kayak tours that also offer whale watching. We recommend them among other Playa las Americas Tenerife things to do.

Besides, you can see the cliffs from the land. Just go to the Guíos beach, which is located near these cliffs, to be able to appreciate their incredible magnitude. If you are a nature lover, this easy activity will be among the best things to do in Tenerife Playa las Americas for you! Finally, you can hire a guide to having an excursion to Masca and Los Gigantes.

How to Get to Playa las Americas

Unless you live in one of the Canary Islands and decide to take a boat to Tenerife, the best way to get to the island is by plane. Many low-cost companies have direct flights to Tenerife, so if you book in advance, you can find very cheap flights from many cities in Spain and Europe, but be sure to read the reviews on the flying company in advance. If you don't have a rental car, there are a lot of public transport options.

The two airports on the island (Tenerife North and Tenerife South) are connected by a direct bus service: number 343. The journey takes about 50 minutes. It begins its route in Puerto de La Cruz and passes through the North Airport, Santa Cruz de Tenerife, South Airport, Los Cristianos, Las Americas, and ends in Costa Adeje. Visiting any of the cities is definitely among the things to do in Playa de las Americas Tenerife, Spain you should try it! So, don’t hesitate to hop off the bus at any place to stroll around.

See all tours and activities in Playa de las Americas