Tenerife is one of the seven islands that make up the Canary Islands. It is the most populated island of Spain with about 900,000 people. Hosting about 5 million tourists a year, it is one of the most popular and important tourist destinations in the Atlantic region. For most tourists, the place is a traveler’s dream. With more things to do than the average vacation would allow, one is spoiled for choice regarding activities to engage in at Tenerife. The volcanoes, gardens, Spanish architecture and historic towns along with amazing beaches and hotels, make it the perfect destination spot for holiday-makers. And on top of it, it still offers great beer at the cheap and nominal cost of 1 Euro, particularly on its vast scenic beaches.

As mentioned earlier, there is plenty to do and see while in Tenerife. It is simply not a place for boredom. And what better way to explore this place than to get yourself a Jeep and traverse the vast stretches of this tropical paradise? Simply put, why not go for a lovely Tenerife Jeep Safari while you go about discovering this lovely Atlantic island chain?

Why A Tenerife Jeep Safari?

This is a great question. Tenerife is an amazing island unlike any other. With its rugged terrain, tall mountains, steep cliffs, sandy shores and a lot more, it is one of the most adventurous destinations of the Atlantic. But getting around from place to place isn’t going to be easy. While Tenerife might be an island, it isn’t by any means a small atoll. On the contrary, it is a very large island and in fact, one of the biggest in all of the Canaries. So getting around can become rather problematic.

Where to Get a Tenerife Jeep Safari?

There are several service providers operating in the Canaries with a very different quality and service level.

To avoid a risk to pack into troubles you can easily book a Tenerife Jeep Safari directly on TripsPoint - better avoid hotel receptions and street sellers, they tend to sell you the worst quality tours that wouldn't survive in the open Internet, simply because bad reviews. Particularly if you happen to be near popular tourist hotspots, better avoid booking there for this obious reason. 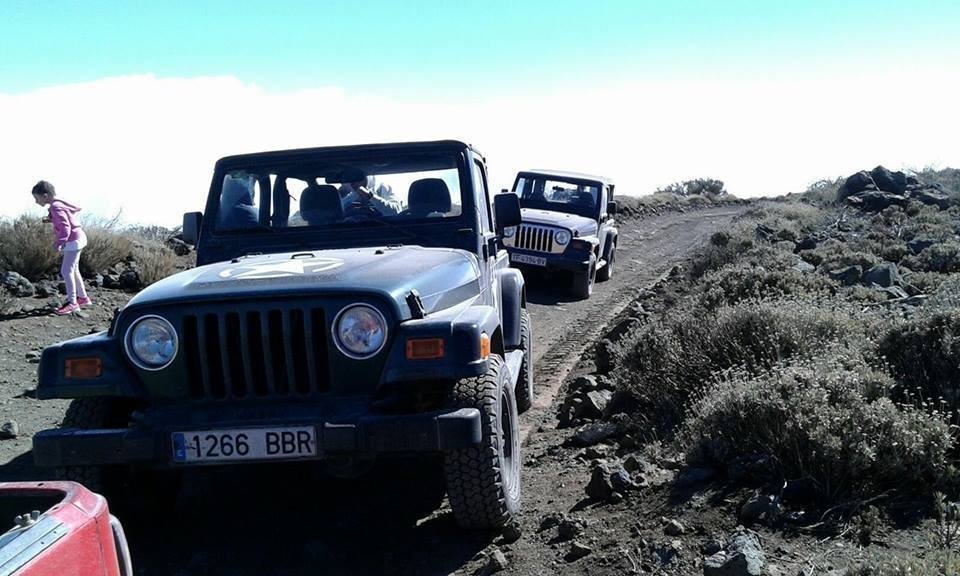 Getting the Tenerife Jeep Safari is a fairly simple task. You’ll be required to fill out simple booking form on checkout and pay a certain amount upfront as a booking deposit. Once you are done with this, you can expect to get yourself a ride and start exploring away the island.

What to See On a Tenerife Jeep Safari?

Located at the heart of Tenerife, it is the largest and oldest national park on the entire Canary island Archipelago. Teide national park has the famous Mount Teide volcano, which stands at a height of 3718 meters and surrounded by a 10 mile wide volcanic crater. 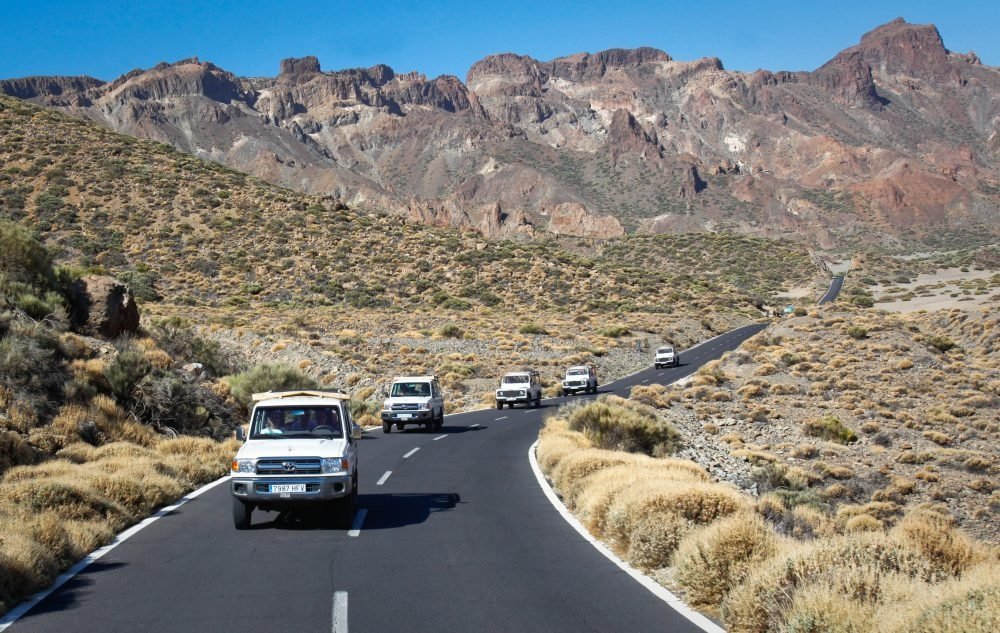 A Tenerife Jeep Safari through the national park will allow you to look at the breathtaking view of the Mount Teide. And the best part is that every once in a while, you can expect to catch a glimpse of sparkling snow covered peaks if you are lucky.

Experience the Stunning Views Of Masca

Sitting on top of a rocky plateau with the breathtaking Teno Mountains in sight, is the stunning place called Masca. This is truly one of the most splendid places in not just Tenerife but all of the Canaries. 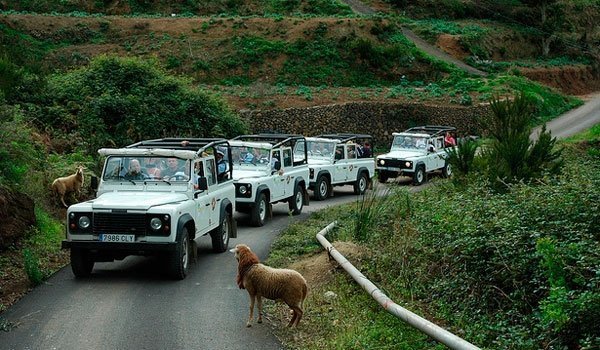 Covered in Cypresses and palm trees, as well as a small village near the Masca Gorge, this is one safari trail you wouldn’t want to miss. The trail is said to be physically challenging but it’s worth the effort, because of the view towards the end.

Tenerife has many coastal stretches that give you a great view of the distant waters. 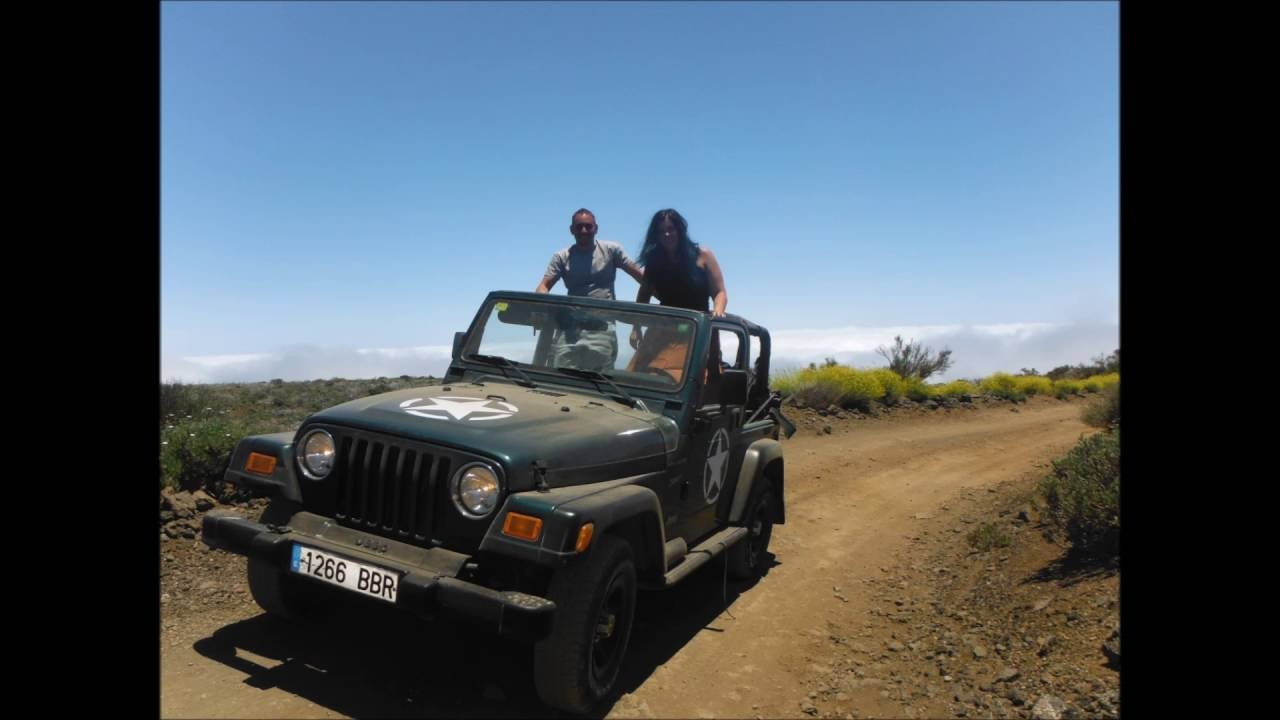 If you are interested, you can dive onto these oceanic stretches and get a glimpse of the vast Atlantic ocean. Furthermore, you could even stop over at a beach, step out to explore the sea and if you are lucky, even spot dolphins and surf a waves.

Ready To Take The Coastal Challenge?

Do you like challenges? You can attempt to see all 7 lighthouses that mark the coastline of Tenerife. 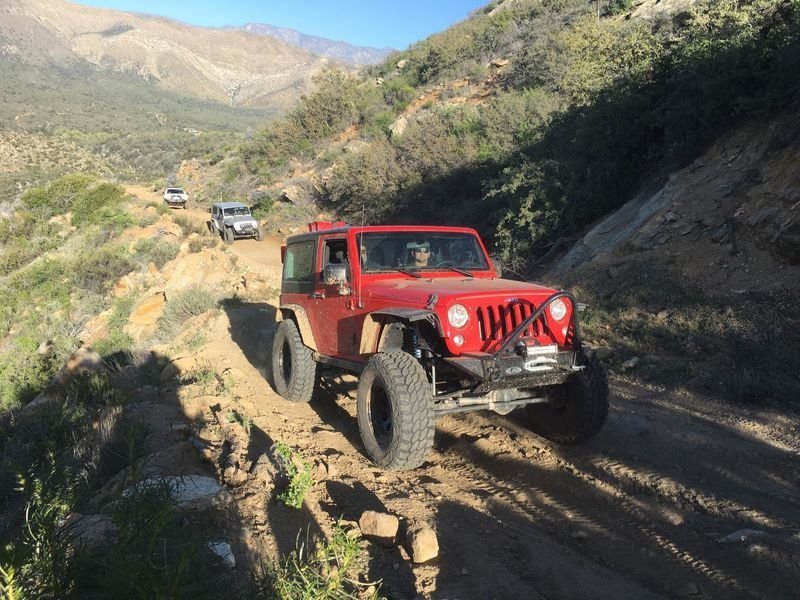 For example, Punta del Hidalgo lighthouse is a famous, relatively new lighthouse constructed with unique architectural designs, happens to have irregular columns, as well as a modern twist. Other lighthouses to look forward to are Puerto de la Cruz, Punta de Anaga.

If you’re driving towards the northeastern part of the island, you can witness the Macizo de Anaga mountain range. The highest point of this vast mountain range is at Cruz de Taborno, at an approximate total height of around 1024 meters.

The Anaga mountain range itself is about 92 km from Los Cristianos. Formed due to volcanic eruptions millions of years ago, these mountain ranges is the oldest part of the island, and happen to host some of the largest number of endemic species in Europe. Also, there are plenty of legends and tales of witches dancing around a bonfire in these parts.

There is plenty to check out while on your Tenerife Jeep Safari. In addition to the stuff that lies across the island in specific destinations, make sure that you also see the things along the way as well.

Some of these include, but are not limited to, the local buildings, the world’s largest Dragon in Siam Park, the lovely island countryside, the wineyards, etc. In other words, make the most of your Tenerife Jeep Safari.

Some Considerations Before you Start A Tenerife Jeep Safari

Stick To Your Route

It is important that you stick to the route you had planned earlier, as it will save you time.

In addition to this, you’ll avoid any untoward stretches of Tenerife that you might have not known about. This might even prove dangerous in some cases.

Get A Local Guide If You Can

Nobody knows Tenerife like a local. So if you happen to know someone who is from Tenerife or any of the other surrounding islands, bring them with you.

They will help you see the major tourist attractions on your Tenerife Jeep Safari, as well as keep you out of trouble. Also, their knowledge of Spanish will go a long way as well.

Don’t Obsess Over A Map

Plenty of tourists make this mistake. Don’t obsess over a map of Tenerife. As much as it is important to know what you are doing, it is also important to see the actual places as well.

Also, you might just lose the people that you were traveling with, if you obsess over that map a lot.

The jeep you are using was hired from someone else.

Ensure that you take care of it like you would care for your own property. In simple words, return it to them the same way they gave it to you for your Tenerife Jeep Safari.

Make sure to bring enough supplies, food and a first aid kid before starting your adventure! You never know when they might be required.

In simple words, you want your Tenerife Jeep Safari to go as smoothly as possible.

And given that there a lot to discover in this tropical paradise why not get you an amazing Tenerife Jeep Safari and have a look around?

Off-Road Jeep Safari Tenerife is the only real off-road jeep tour actually available on the island among all the jeep tours Tenerife offer. Drive your jeep by Read more ➤

Teide Quad Tour in Tenerife lets you drive to the heart of the island in quad in a small group of quads from our base in Las Americas. We will visit biggest Read more ➤

Enduro Adventure - Off-Road Motorcycle Tour is available in 2, 4 or 7 hours options and this is really unique experience. With your Enduro motorcycle your will Read more ➤

This quad tour with Tenerife quad bike hire already included to the tour price is unique and outstanding by itself, because on the quad tour over 60% of time Read more ➤