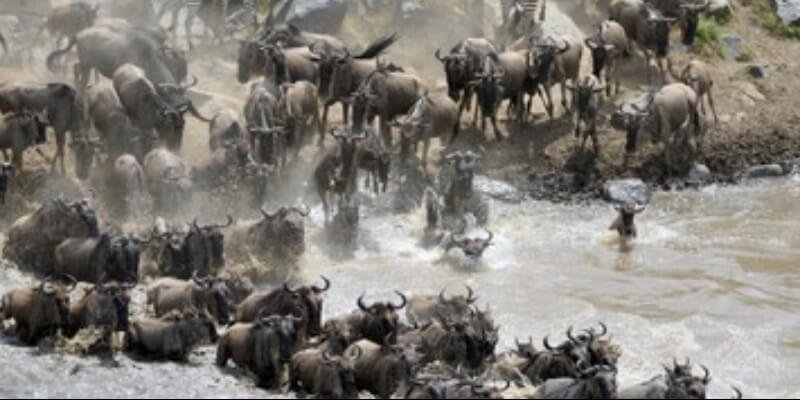 The annual trip of Great Migration spanning across Tanzania is the best wildlife spectacle in the world. Somewhere close to 1.7 million wildebeests and zebras take part in the circular migration trip in search of fresh grassland which begins in Tanzania looping in a clockwise direction. 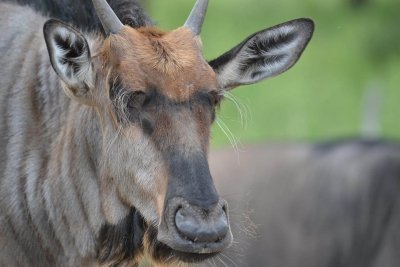 The Serengeti Migration Safari is the best opportunity to watch the Great Migration spanning across Tanzania is the best wildlife spectacle in the world. The migration starts in Tanzania through the reserves of Kenya before returning to the starting spot, and then the cycle continues next year.

Our Serengeti Migration Safari enables you to experience the massive herd more closely in Tanzania where animals spend most of their time. The initial migration phase is from January to March which is followed by the calving season where most of the calves are born within the timeframe of few weeks. The massive surge in population thus makes them less vulnerable to predators. As stated earlier, the Great Migration spent most of their time in Tanzania for about seven to eight months.

The Grumeti River in the Serengeti National Park is an ideal stop for the wildebeests where they can find plenty of fresh grazing land with unlimited drinking water. After departure from here, the herd then moves to Kenya where it stays for remainder of the year before moving back to Tanzania. Serengeti National Park and Ngorongoro Crater are the best Tanzania national parks for spotting the Great Migration. The route and pattern doesn't remain same every year - close, but not same.

Our Serengeti Migration Safari Package is concentrating around the opportunity for seeing the wildebeests and zebras to the closest. Along with that, you'll also get to see the heterogeneous flora and fauna of Tanzania that are spread out throughout the country. 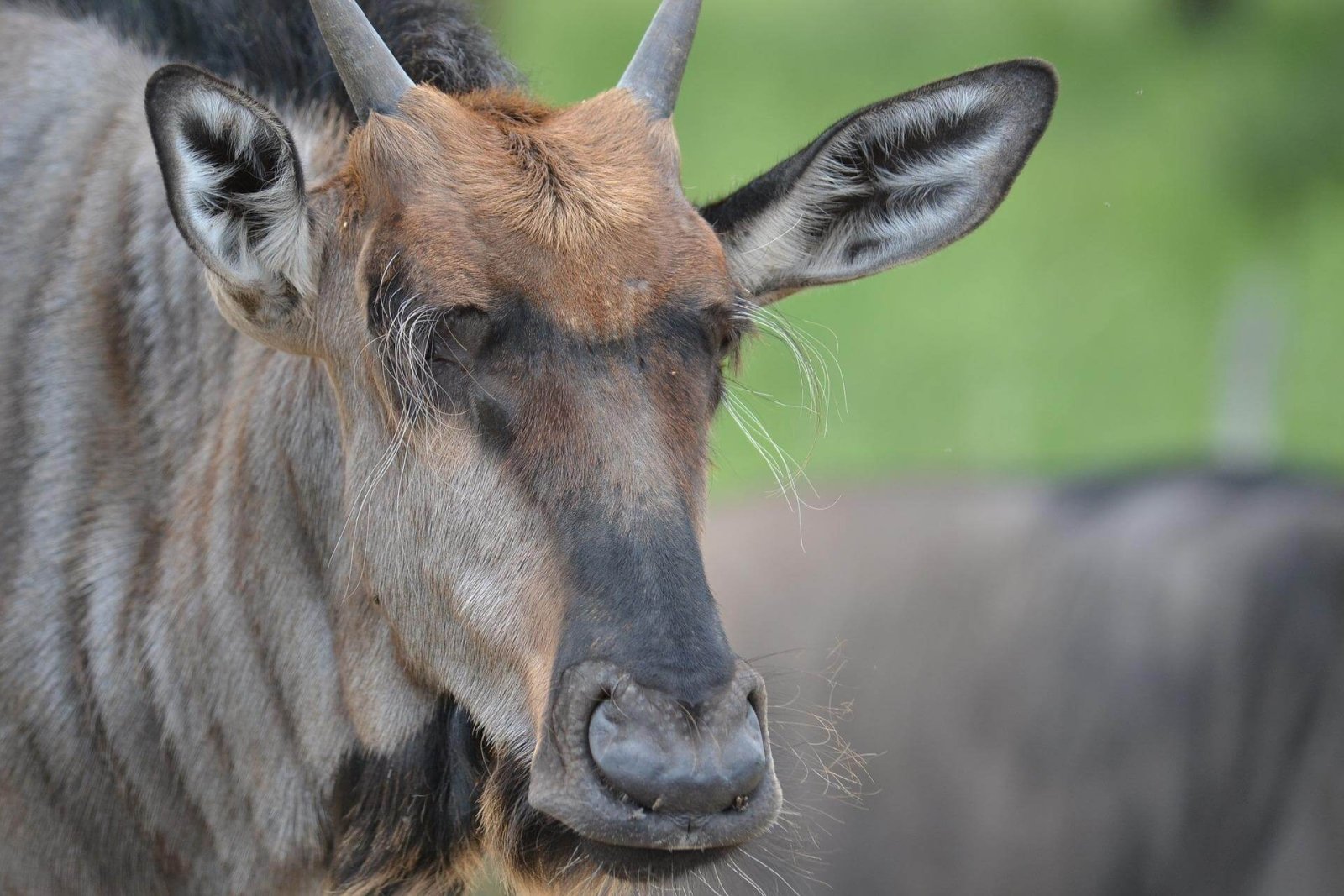 Detailed itinerary of the Serengeti Migration Safari in Tanzania: DAY 1: Arrive in Arusha You will be met by our representative at Kilimanjaro airport and transferred to your hotel in Arusha. Overnight Mvuli Hotel. Meals Plan: Dinner and Breakfast. DAY 2: Arusha – Tarangire This Morning with your personal driver-guide you’ll head to Tarangire National Park, the park is characterized by giant Baobab trees and big herds of Elephants. Game viewing in the park.Overnight Eileen’s tree Lodge. Meals Plan: Breakfast, Lunch, Dinner. DAY 3: Tarangire - Lake Manyara Today you will spend the day in Lake Manyara National Park. This relatively small wilderness reserve was named after the alkaline lake filled with thousands of flamingos roaming the banks for food and hippos bathing in the waters. However, the most famous inhabitants of this park are the tree-climbing lions. Picnic lunch in the park, in Afternoon proceed towards Ngorongoro Crater. Overnight Eileen’s Tree Lodge. Meals Plan: Breakfast, Lunch, Dinner. DAY 4: Ngorongoro Crater Leaving early in the morning with picnic lunch, you will spend most of the day game driving on the floor of the crater. The bottom of the crater dotted with watering holes, shelters almost 30 000 animals in an area naturally enclosed by the slopes of the volcano. Covering an area of 259 sq.km and standing at 2236m above sea level, it is called the eighth wonder of the world. Overnight Ngorongoro Rhino Lodge. Meals Plan: Breakfast, Lunch, Dinner. DAY 5: Ngorongoro Crater - Serengeti This morning you will leave the highlands for the vast plains of the Serengeti. Serengeti means endless plains in Maasai language, an appropriate word to describe the largest Tanzania National Park. The park is famous for its incredible variety of wildlife species, huge herds of wildebeest and zebra, predators such as lions, cheetahs, leopards, this is undoubtedly one of the most authentic and exciting safari experience that is possible to enjoy. Your accommodation is a luxury mobile camp, from late December to March in the Ndutu area, from July to October in Kogatende area, Northern Serengeti. Overnight Mbugani Tented Camp or Mbugani Serengeti North Camp BLD(Location according to season). Meals Plan: Breakfast, Lunch, Dinner. DAY 6, 7 and 8: Serengeti In the first months of the year the migration reaches the short grass between the Serengeti plains and the Ngorongoro conservation area, it is also the calving season of up to 800.000 wildebeest and zebra. Your camp is ideally located between the Serengeti plains and the Ngorongoro Conservation Area. From February till March, this is prime position to be near the millions of animals making up the Great Migration. After spending the wet season on the short grass Serengeti plains, the wildebeests move northwards, reaching the Mara River between July and November, your campsite is exceptionally well placed for wildebeest crossings of the Mara River. Overnights Mbugani Tented Camp or Mbugani Tented Camp Serengeti North Camp (location according to season). Meals Plan: Breakfast, Lunch, Dinner. DAY 9: Serengeti - Arusha /Departure Enjoy a game drive en-route to Arusha, We expect to be back in Arusha around 5 pm although we are flexible in case there is a flight to catch or another situation. Meals Plan: Breakfast, Lunch, Dinner.

How much time does the Serengeti Migration Safari - 9 Days Package in Tanzania take? 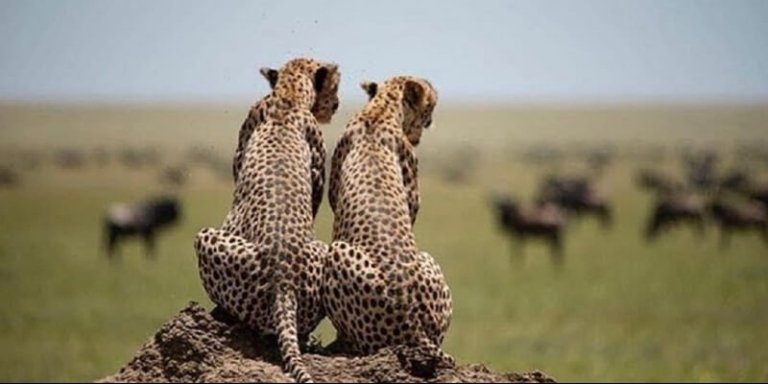 The Tanzania Budget Safari to Serengeti & Ngorongoro Crater is is a three days group tour with maximum of 6 people in a group, in a custom safari jeep with pop up roof accompanied by a guide/driver. Read more ➤