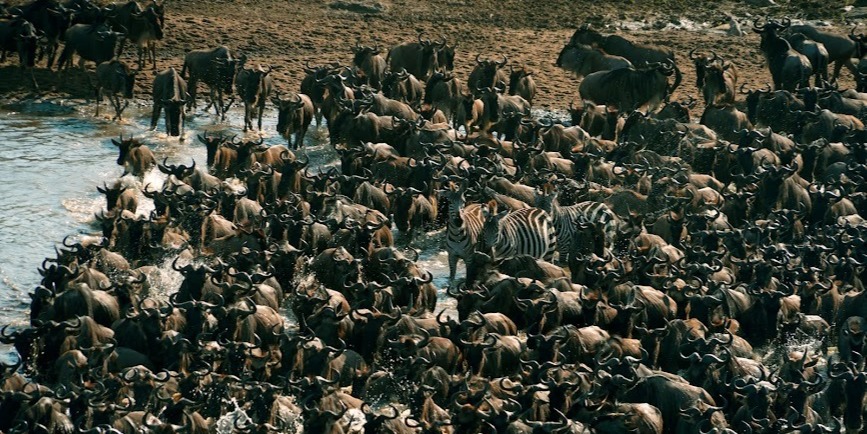 8 Days Serengeti Migration during Calving season (December to March) is the tour based on Migration in southern Serengeti when the wildebeests and zebras are setting up to give birth between December and March. Is the tour focusing mostly on predator's actions. 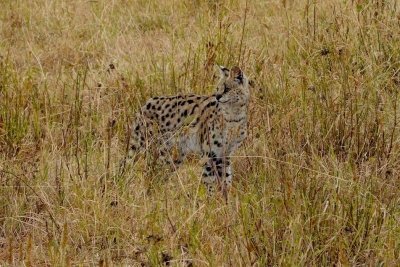 On this 8 days Ndutu migration safari, you will get a unique opportunity to experience the most 4 incredible parks of the northern circuit of Tanzania which are Tarangire National Park, Serengeti National Park, Lake Ndutu which is our main target from December to April and during February it is the best time to witness the calving, Ngorongoro crater which is also known as unbroken caldera and Lastly Lake Manyara which is well known for its bird life and tree climbing lions. 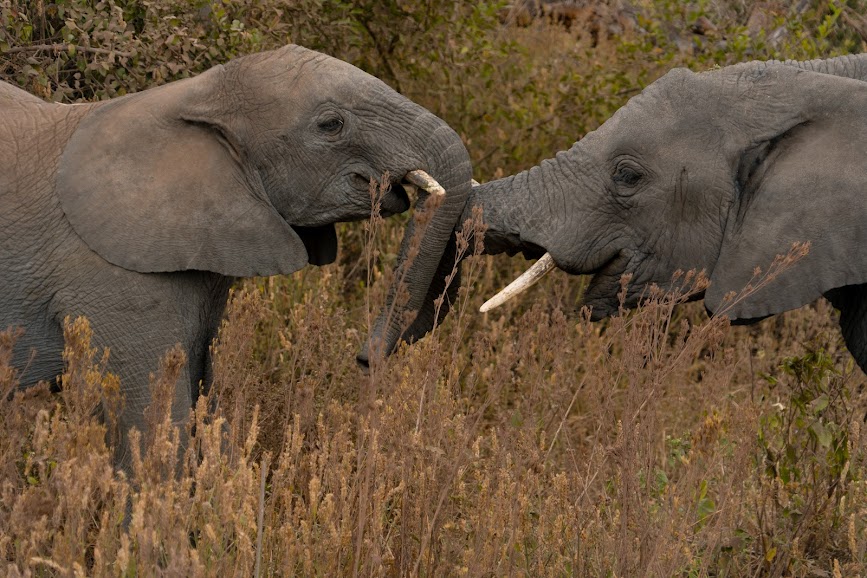 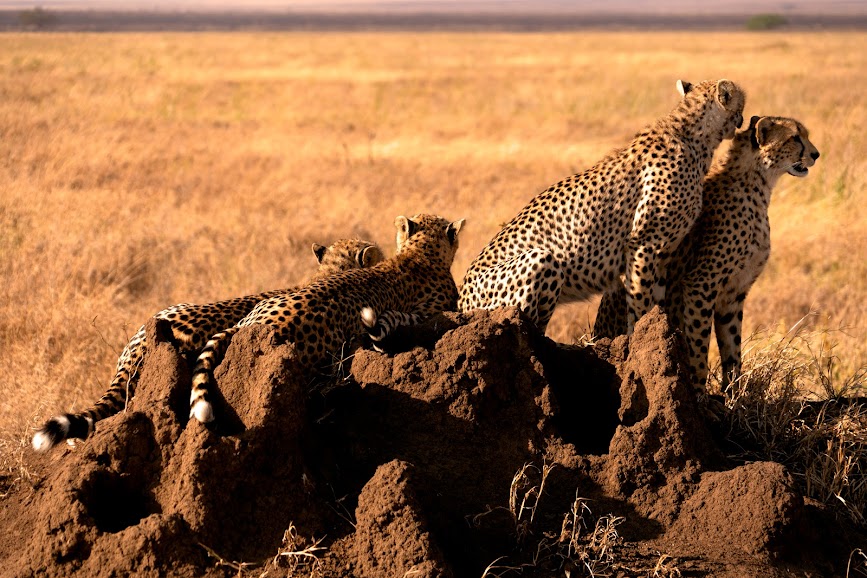 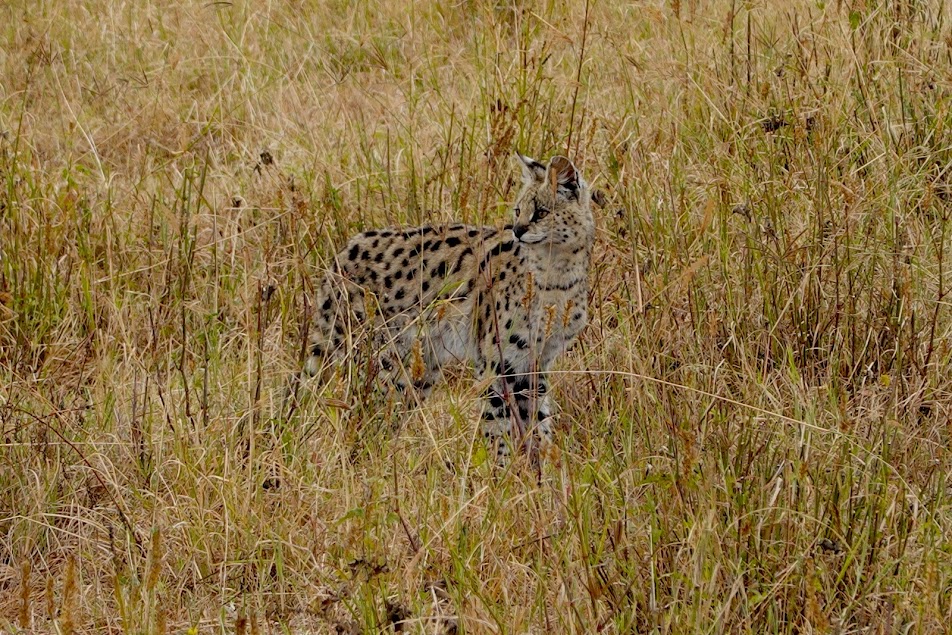 You will be picked up from the airport by a Passionate Guides representative and conveyed to your accommodation in Arusha, where you will overnight, relax, and prepare in anticipation of the adventures to come.

In the morning, you will be collected from your lodgings in Arusha and driven to Tarangire National Park on a good tarmac road across gently rolling Maasai plains with scattered acacia trees. As we zip along, we pass many Maasai in their colorful dresses walking on the roadside, riding bicycles, herding cattle, and driving donkey carts. Tarangire National Park, well known for its large elephant herds, is also home to a multitude of other creatures. From the open roof of our state-of-the-art safari jeep, we experience the seasonal swamps, savanna and life-giving Tarangire River, endeavoring to encounter a multitude of creatures, from zebra to wildebeest, buffalo, elephant, and giraffe, to name but a few. It is possible we will glimpse lions stalking prey or leopards watching, relaxing in the trees above. After our extensive game drive, we depart to drive to one of our carefully selected accommodations for dinner and overnight.

After breakfast, you will continue towards the fertile highlands where wheat and corn are grown by the Iraqi people. We’ll pass through the mist-shrouded rainforests of the Ngorongoro Conservation Area, where you might be lucky enough to see baboons, or even leopards and elephants in the dense undergrowth. Passing through the Ngorongoro Conservation Area, you will be able to see the breath-taking Ngorongoro Crater before traveling onwards to the Serengeti National Park, which you will reach by midday. The Serengeti National Park is the largest park in Tanzania with diverse landscapes and habitats such as grassy plains, swamps, lakes, savannah and mountains. After an extensive game drive, you will drive to your accommodation where you will enjoy dinner and an overnight stay.

This entire day is set aside for game drives in the central Serengeti. The Serengeti, the habitat of an abundance of wildlife such as impala, buffalo, crocodile, and hippo, is more well-known for its great migrating herds of zebra, antelope, and wildebeest. The animals’ trek is determined by the rainfall and varies from year to year. In November and December, the animals move from the northern region, dominated by woodlands and hills, to the grassy plains of the south. During the longer rainy season from April to June, they return to the north. Apart from the migrating herds, we may have the opportunity to see the resident predators—leopard, cheetah, and lion—fulfill their roles in the circle of life.

After an extensive game drive, we head for our tented lodge for a hearty dinner and another night by the fire of relaxation and conversation under the sweeping majesty of the starry African night out upon the ‘Endless Plain’.

After breakfast, we will head to the Lake Ndutu region, situated in the Ngorongoro conservation area, a sublime landscape of the southern Serengeti eco-system. The drive takes approximately 3 hours. Lake Ndutu, alkaline like most of the other Rift Valley Lakes, is however a viable source of H2O and is frequented by a wide array of the myriad wildlife here inhabiting.

We arrive in time for a delectable luncheon at the lodge or tented camp, and, with appetites sated, we undertake our afternoon game drive in the Ndutu region. The majority of the wildebeest migration can normally be found on the short-grass plains from December to April. The area is usually heavily populated with elephants, giraffes, over four hundred species of birds, and a plethora of other resident game.

After an unforgettable day, we head for The Serengeti Heritage Tented Camp to dine and unwind by a fire on the plains under the star-lit endless African night sky.

After our hearty breakfast, we head out to enjoy a full day of game driving in the Ndutu region. We will endeavor to explore the range of different habitats found here that include swamps, woodlands, soda lakes, and the world-famous Serengeti short-grass plains. We will see the awesome sight of the great thronging herds of wildebeest and zebra. During a short time frame around February, normally lasting for about 3 weeks, the majority of the wildebeest calve, dropping in the region of half a million young in this awesome act of synchronized birthing. The sea of grass provides little cover, and the young are easy pickings for a variety of predators, with cheetah being particularly active, alongside simba or panther leo, our friend the lion, hyena, and the illusive leopard. Wildebeest calves can run minutes after they are born, and within 3 days they are normally strong enough to keep up with the herd.

With our day of adventure drawing to a close, as the shadows of the African night began to descend, we made our way back to The Heritage Camp to once more take our ease and seek vivification in conversation and a casting of our minds' eye back over the sights and sounds of the day upon the Serengeti.

After breakfast, you will head out for an en-route game drive through the Ndutu Area before embarking on your journey to Ngorongoro Crater. This UNESCO world heritage site, formed millions of years ago, is 600 m deep and covers roughly 260 square kilometers. Due to its dense animal population of approximately 25 000, the Crater offers the best game viewing of all the parks in Tanzania. You will arrive at the crater rim before lunch. You will descend into the crater and very quickly, you will be able to see wildebeest, zebras, gazelles, elephants, and some of the more than 500 bird species in the area. With a little bit of luck, you might catch a glimpse of the endangered black rhino through the grass. After lunch and a full afternoon inside the crater, you will head to your accommodation for dinner and an overnight stay.

After breakfast, you will drive to our final destination on this epic safari – Lake Manyara National Park. This, a relatively small but diverse park, 120km west of Arusha is so named for the shallow salt lake that covers some seventy percent of the surface area, flooding and drying with the seasons and home to thousands of flamingo and in the extraordinary region of 500 other bird species. On our exploration of the park, we will see monkeys, giraffes, zebra, wildebeest, buffalo, elephants, and, with some luck, lions lounging in the trees. The park is known for its diverse landscapes; not only open grassy plains, but also primate-filled woodlands and baobab-dotted cliffs. After lunch, we head back to Arusha, where we will arrive in the late afternoon, our adventure at its inevitable end, with all the sights and sounds of wild East Africa tucked away in our minds for our next adventure in life’s journey.

The end of our services!

The total cost per person sharing is $3,259 – double occupancy.

TRANSPORT: 4WD Luxury Safari Vehicle & All transfers to and from Airport

TIPS: Gratuities and tips (recommendation $10-$20 per person per day)

DRINKS: Expenditure on alcoholic drinks, souvenirs and other personal items

How much time does the 8 Days Serengeti Migration during Calving season (December to March) take?