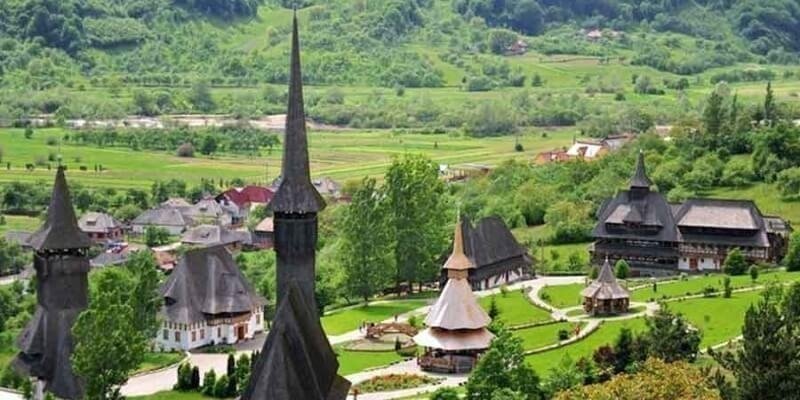 Travel to an idyllic rural area, explore picturesque villages, with splendid wooden churches and witness something that has been kept unchanged for hundreds of years. This is Maramures, one of the best hidden and unspoilt lands in Europe! 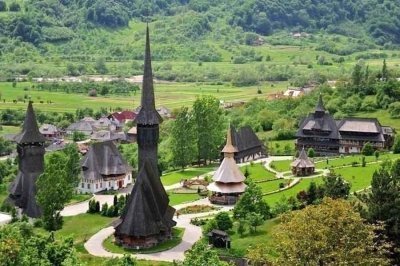 Maramures is considered by many to be the soul of the typical Romanian village. With its picturesque settlements, green hills and fields full of wildflowers, Maramureş concentrates everything on life in the country. Visitors to these regions have the unique opportunity to return in time, to witness times and a simpler life. Maramureş is a unique destination, located in the heart of Europe, which has carefully preserved the culture, traditions, and lifestyle of the peasant from past times.

The region is the place of a testament to the traditional, to a romantic era of simplicity and moral values ​​that we only read or hear from our grandparents today. Few customs have changed over the centuries. Families remain in the same villages as their ancestors. Crafts and traditions are passed down from generation to generation. Hand-woven clothing is still proudly worn. The church is still the soul of the village. Neighbors know each other and help each other.

Life in Maramures is shrouded in mystery. His visitors cross the mountain passes, descend into the wild valleys, where rural traditions unfold in fronts of them like a museum that has come to life, a landscape that pleases and the most capricious traveler. 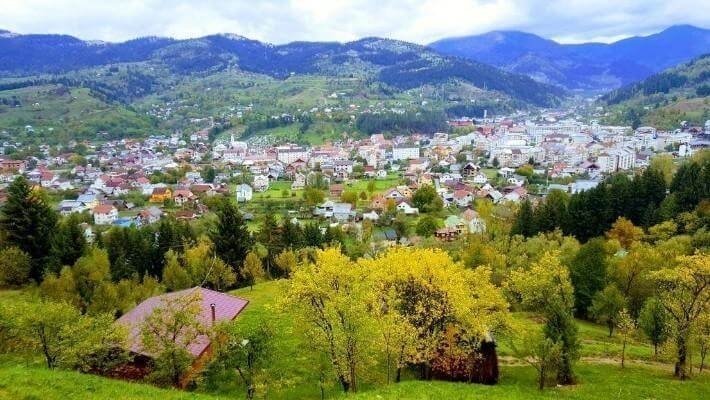 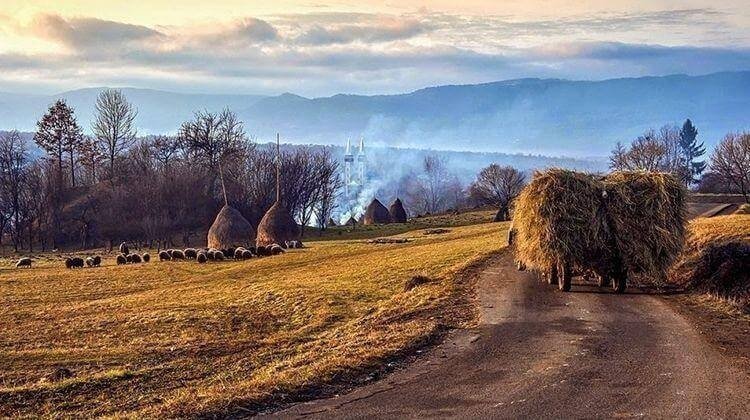 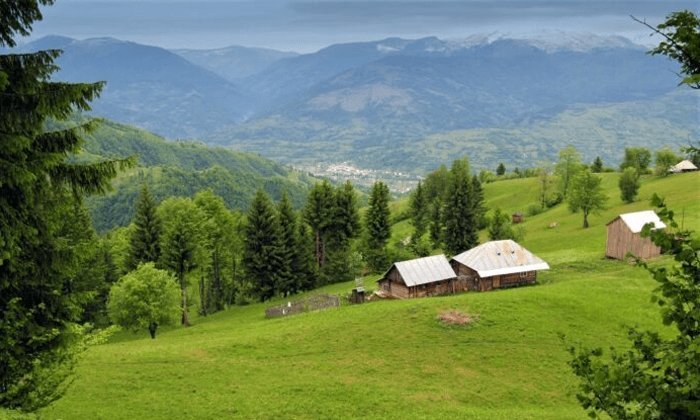 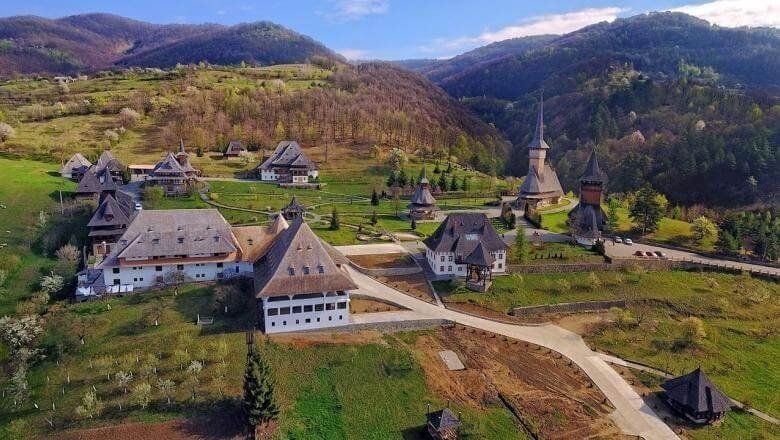 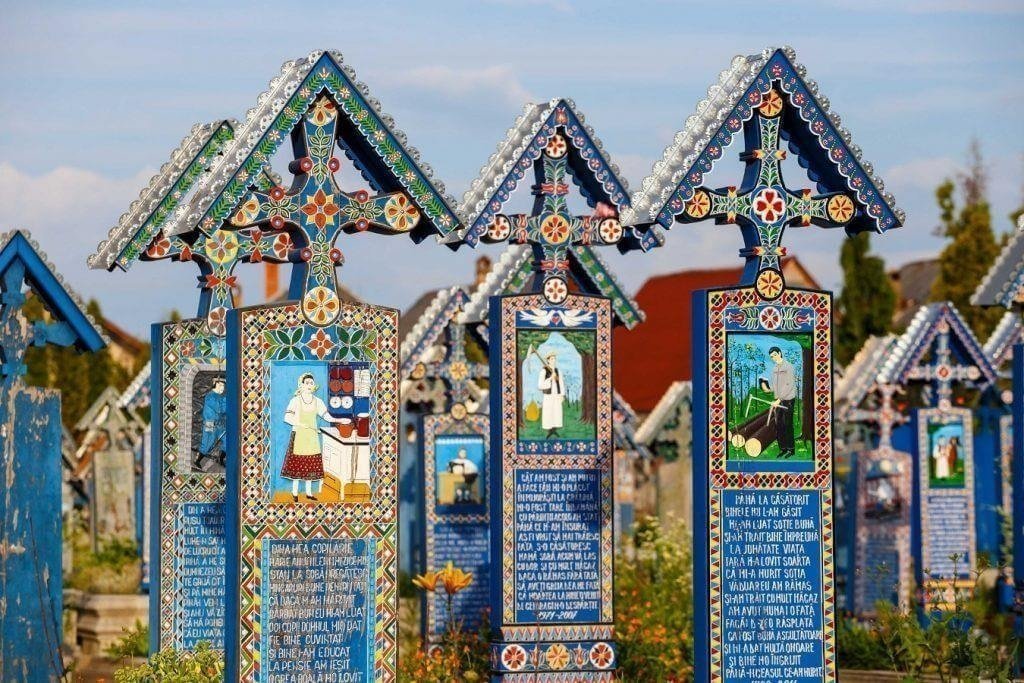 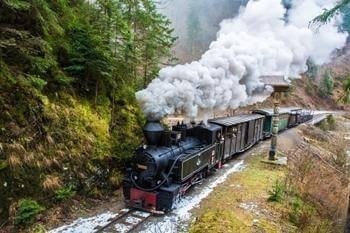 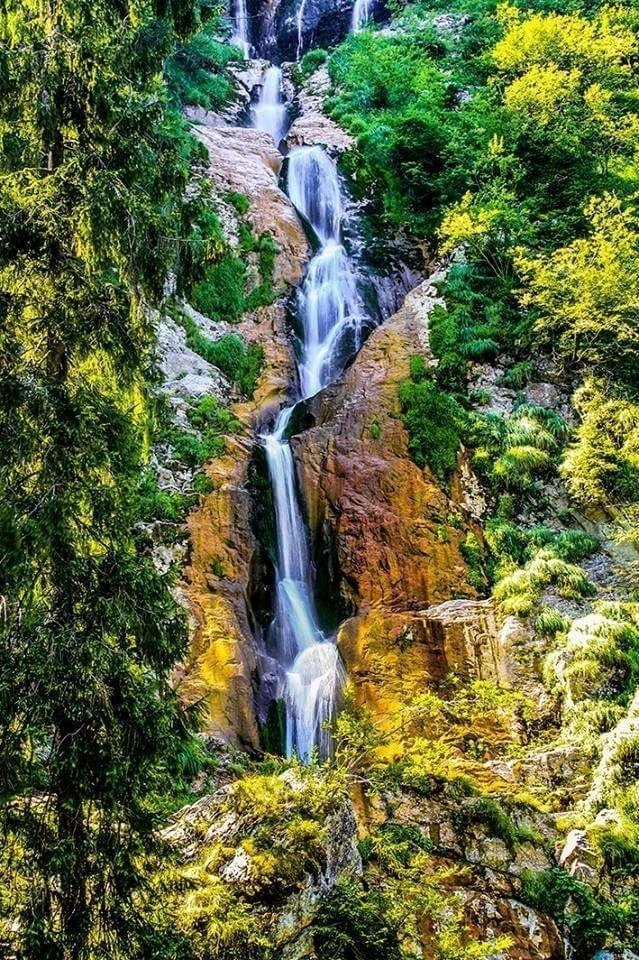 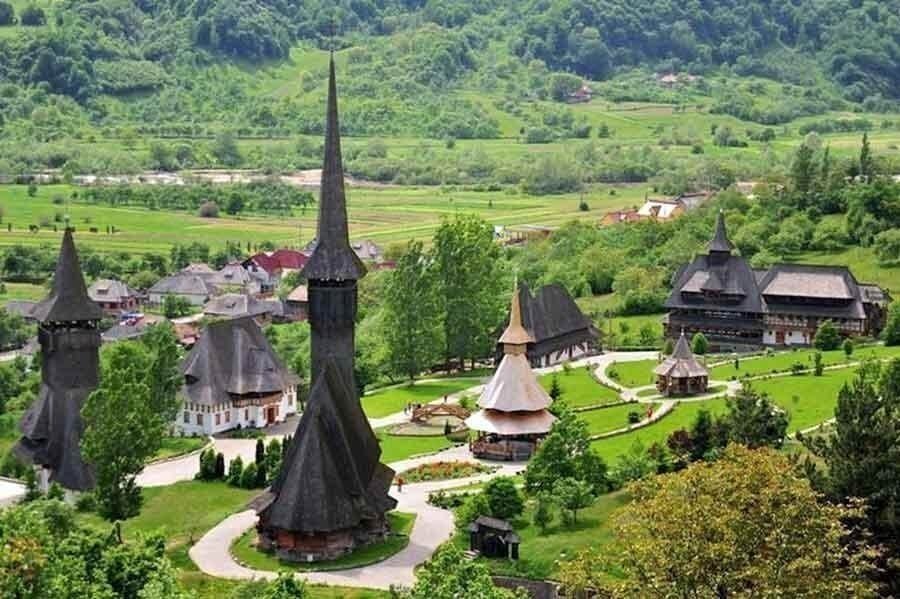 Day 1: Cluj Napoca – Turda
Meeting with our representative in Cluj Napoca at 11 am for the tour. The meeting point is Cluj Napoca International Airport.

We reach Cluj-Napoca and take a panoramic and guided tour: St. Joseph Greek Catholic Cathedral (St. Joseph's Cathedral from 19th century in Roman style with Gothic elements), Opera Park, threatened in 1885 and surrounded by historical buildings, including The Bastion (one of the few fortifications of the old Fortress remained intact), the Palace of Justice (built-in 1902, eclectic style), The Romanian National Opera and the National Theater (built-in 1906 in neo-Baroque style). Next is Avram Iancu Square, dominated by the statue of the 1848 hero and the Metropolitan Cathedral (in Byzantine style), the Palace of the Orthodox Seminary, Unitarian Church (Sec. In the case of a new Church, the new Church will be the one to which the new church is to be set up The new style of the new-style baroque and the neo-classical style). In Piata Unirii, (the center of the city in the Middle Ages – today the largest medieval square in south-eastern Europe), we admire the statue of Matyas Corvin, the Banffy Palace (sec. XVIII) a beautiful and baroque edifice, hosting the Art Museum and visiting the Church of St. Mihail (1st century). XIV) one of the most representative monuments of Gothic architecture in Transylvania.
We will serve lunch at one of the most representative locations with traditional specific from Cluj La Varzarie.

We continue the route to Salina in Turda, a real museum of the history of salt mining, rearranged in a very picturesque manner and re-introduced in the tourist circuit in 2010.
TURDA hotel accommodation 3* and dinner.

Day 2: Turda – Viseu de Sus – Sacel
Breakfast. We start the route and we go to the Viseului Valley, where we will visit a picturesque place Sacel with history and traditions, where we will go to discover the traditions at one of the popular craftsmen. We will serve lunch at the Drahnei Council on the Viseului Valley, finally to taste a horinca, the magical beverage of the northern Maramures county.
Accommodation VISEUL DE SUS at 3*+ / pension house 3*+ supper.

Day 3: Viseul de Sus – MOCANITA on the Vaserului Valley – Moisei
Breakfast. We can walk with Mocanita steam train on the Vaserului Valley on the last active forest railway in Carpati Mountains, about 6hr where we'll admire the beautiful landscapes and serve a snack, hot drinks, and a grid dish.
Often referred to as "the Vaserului Valley Mocanita", The Forest Railway in Viseu de Sus represents both technical and cultural wealth. On a route of almost 60 kilometers away, there are - along with diesel locomotives - up to today wood-focused steam locomotives, which makes CFF Viseu de Sus (short from Forest Railway) known worldwide as the last real forestry track, that operates with steam. The line that was built after the Austrian-Hungarian tread of 760mm leads to a valley of a charming wilderness along the river Vaser, over bridges, and through tunnels. Rail passes through an enormous forest area where there are no roads or villages but is inhabited only by bears and wolves.

The Vaserului Valley, which measures 50 km from Viseu de Sus to the Comanu terminal station, cannot compare to any other valley in the Carpathians. It comprises a wooded area not inhabited by workers' camps and the only access is the forest rail. Part of the "Maramures Mountains" Natural Park, the Vaserului Valley is under European protection, but its forest use is allowed; environmental obligations ensure that the forest will be preserved to its current capacity.

After the time incursion with the mocanita, we will go to Moisei, where we will visit the monastery and the memorial house of the 29 Romanians killed during the withdrawal of the Austro-Hungarian troops.
Accommodation VISEU DE SUS at 3*+ / pension house 3*+ supper.

Day 4: VISEU DE SUS — Borsa (Horse Waterfall) — Barsana Monastery — Ieud
Breakfast. Roadtrip in the Rodnei Mountains where we will start to the Borsa resort, from where we will be able to take the tele-chair to visit the Waterfall Of The Horses (~2hr), with the biggest drop of water in Romania, 90m at the 1300m altitude.

We will go to the Barsana Monastery, which has been rebuilt since 1993, Considered the most beautiful monastery in Maramures, being built entirely from wood, and the highest point is the bell tower (57m). Here the wooden constructions are perfectly in line with nature, and the monasteries seem broken in their own right from a corner of heaven.

We will serve lunch in the area of Barsana Monastery, from which we will continue our journey to the wooden Church of Ieud, found in UNESCO's heritage and known as the oldest wooden church in the country and the place where the first Romanian-language manuscripts were discovered (1364).
We end the day with a campfire and dinner for accommodation in VISEUL de SUS at the pension house 3*+/ hotel 3*+.

Day 5: Viseul de Sus – Sighetu Marmatiei – Sapanta – Desesti – Sarbi
Breakfast. We will begin the day by visiting the heart of Maramures Country – Sighetu Marmatiei, known locally as Sighet. The city is close to the border with Ukraine, the confluence of the Iza and Tisa rivers.

The Memorial Of The Victims Of Communism and Of Resistance is the most important tourist objective of the city (located near the City Hall). The former prison turned into a memorial of pain, ends up in 1995 under the aegis of the Council of Europe.
Another 10 km down the river, at the foot of the Ignis Mountains, we continue our journey to one of the most popular villages in Romania: SAPANTA. It is a large village with large plains, meadows, orchards, and forests. The fame of the village is mainly due to the unusual cemetery called the Cheerful Cemetery and the memorial house of sculptor Stan Ioan Patras.

We go back to the valley of the Mara river and under the creed of Cocosului with the visit of Desesti village, located at 23km from Sighetu Marmatiei. Desesti is popular in tourist objectives, traditions, and craftsmen, being one of the places that have become true symbols of Maramures History. The tourist importance of the area is also demonstrated by the existence of the four churches in the territory of the municipality, two of which have been declared historical monuments of national interest: The wooden Church "Cuvioasa Paraschiva", built-in 1770-Unesco Monument, with the interior painted by Radu Munteanu and Alexandru Ponehalski and the wooden Church "The Birth of the Mother of God", built-in 1700. It is located in the village of Harnicesti, the commune of Desesti. We are stopping for a well-deserved lunch meal in an idyllic place on the valley of Mara river, at the HAIDUC PINTEA with traditional dishes and magical local drinks.

We continue with the last stop this day on one of the most photogenic villages in Romania, the village SARBI, and its beauty has brought a lot of prestige throughout the world. We will take a wide tour of the traditional Romanian village with customs and traditions and visit one of the local craftsmen and discover the true master in the production of traditional Maramures gates.
Accommodation VISEU DE SUS at 3*+ HOTEL / pension house 3*+ supper.

Day 6: Viseu de Sus – Baia Mare – Manastirea Rohia – Cluj Airport – Bucharest
Breakfast and check out. We start to Baia Mare, where we start the pedestrian city tour (documentary evidence in 1329, which developed as an important golden center) and we admire: St.-Treime Church (built-in baroque style), the butcher bastion (sec. XVI) which was part of the fortifications system set up by Matei Corvin, Stefan Tower, a tower of the 15th-century bell, the only remaining in the St. Stefan Church destroyed by a fire. We visit the County Museum of Mineralogie "Victor Gorduza" Baia Mare -- the Museum of the mine flowers -- the largest regional museum in Europe, many of which are considered world-United and heritage values.

We serve the lunch in Baia Mare, and then set off for the Rohia Monastery, our last objective in this circuit. The well-guarded hidden treasure of the Rohia monastery is the library, one of the largest and most important in the country. Over 40,000 volumes of books have gathered here so far. The books and the silence in this corner of heaven were the reasons why in the late 1970s, writer Nicolae Steinhardt, the one who reunited the concept of happiness, chose to retire to Rohia.
We are heading to Cluj Napoca Airport for your departure flight home.

How much time does the Maramures Tour Package - 6 Days take? 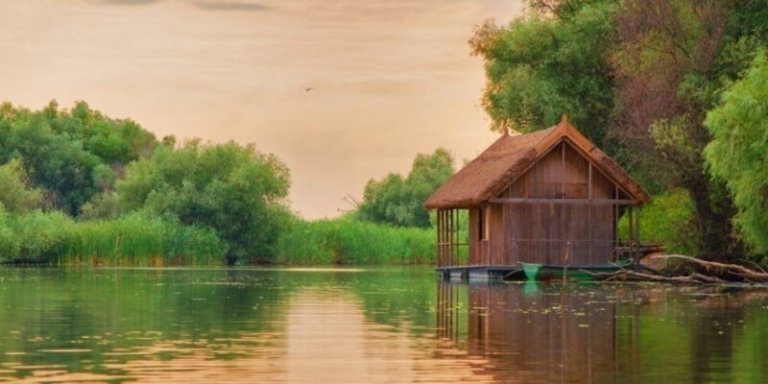 The Danube Delta is one of the wonders of the world and you must definitely visit, regardless of whether you choose to do it in the spring, summer or autumn months. Why is it worth visiting Delta? Read more ➤