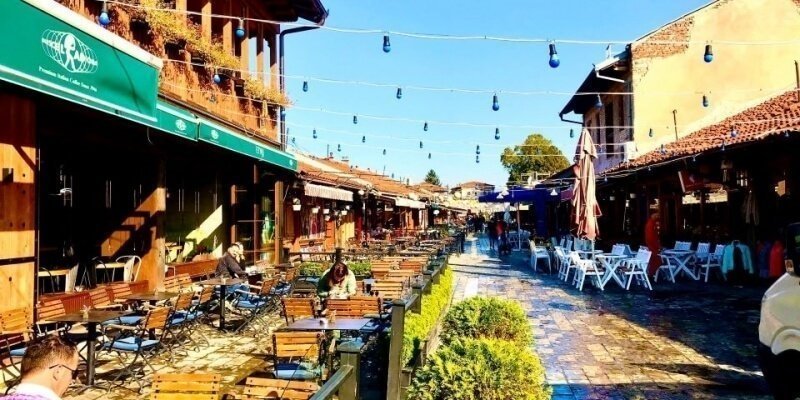 Among the rugged mountains and green fields of Albania and Kosovo there are plenty of shepherds, monasteries, lakes, valleys and Byzantine churches, what’s lacking is crowds. It’s taken decades for the Balkans to wipe away memories of conflict and communism, but they’ve emerged strong. 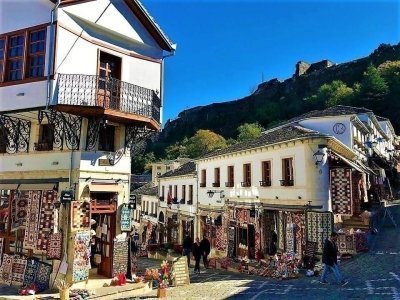 Among the rugged mountains and green fields of Albania and Kosovo there are plenty of shepherds, monasteries, lakes, valleys and Byzantine churches, what’s lacking is crowds.

It’s taken decades for the Balkans to wipe away memories of conflict and communism, but they’ve emerged strong and smiling.

From hip cafes in Tirana and the soft shore of Koman Lake to the mosques of picture-perfect Prizren, this 9-day adventure showcases Balkan beauty at its very best. 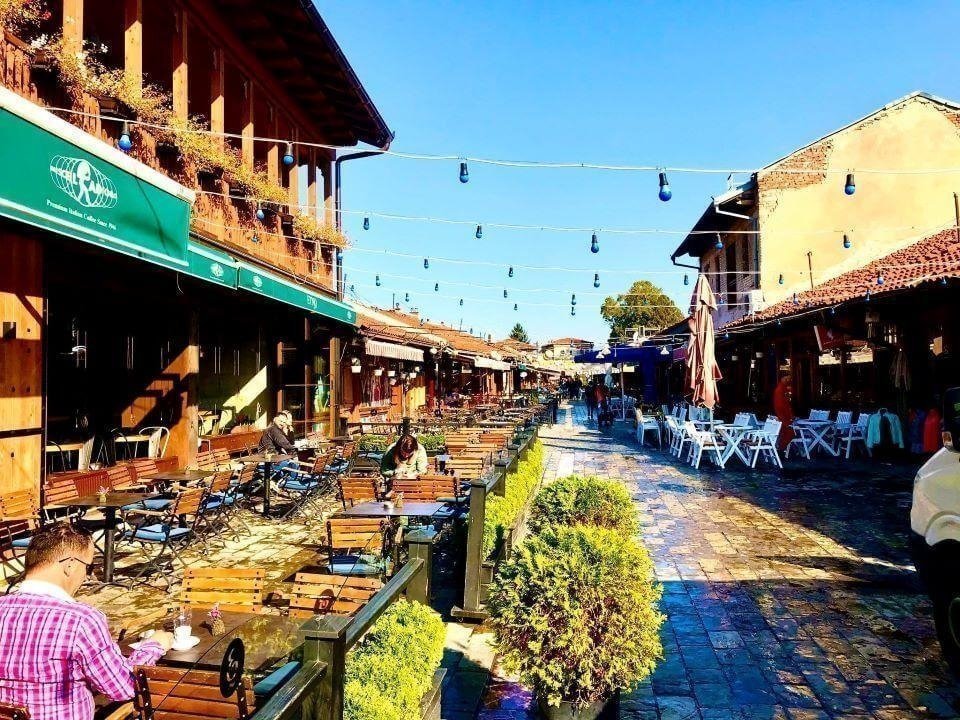 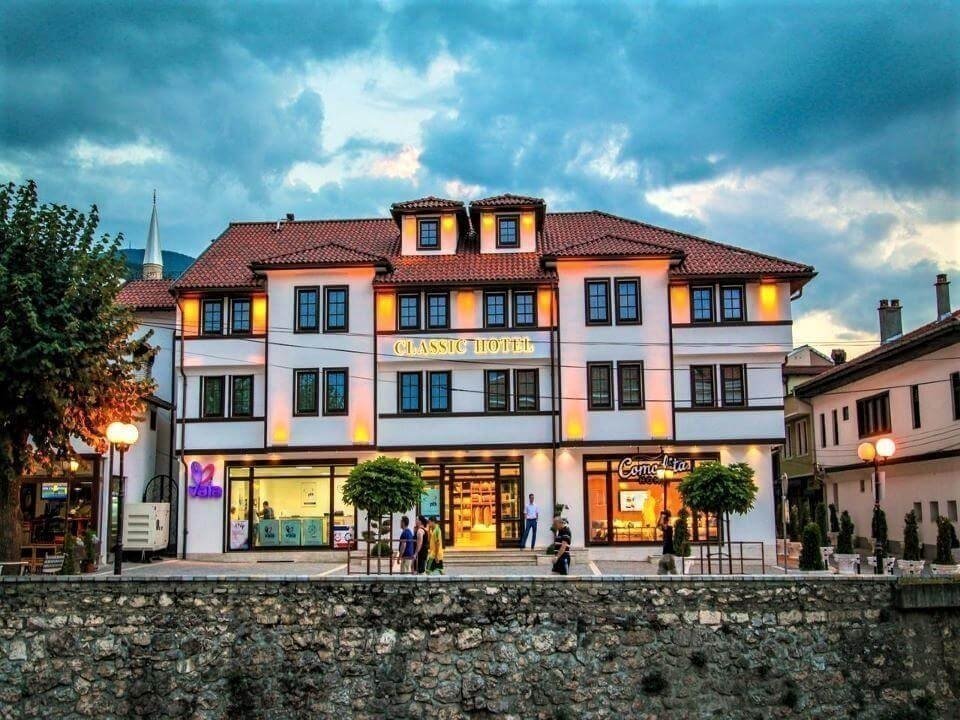 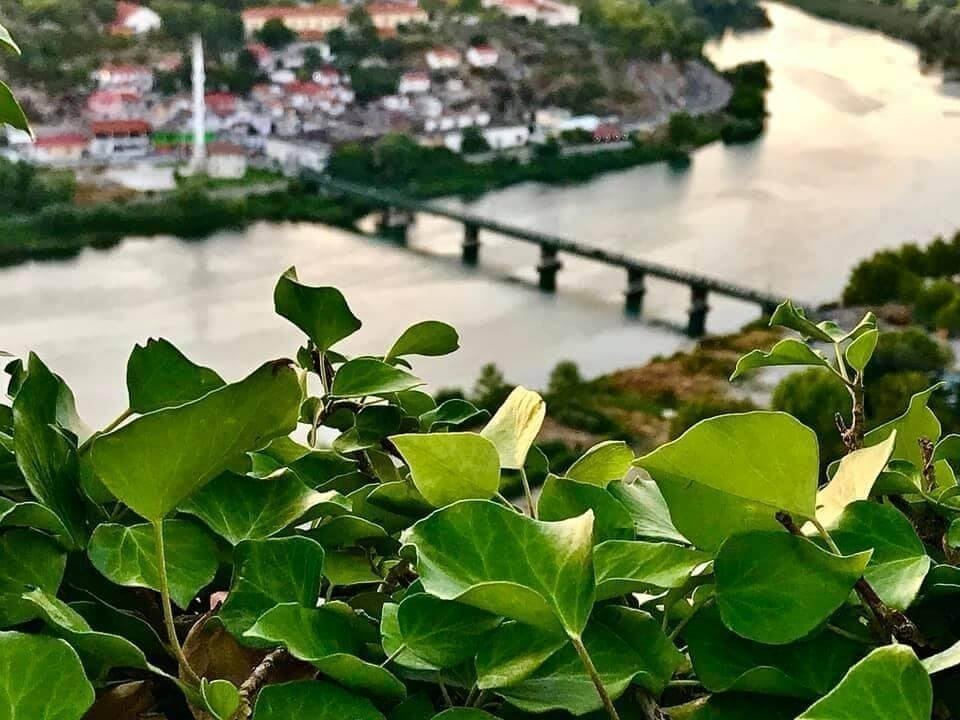 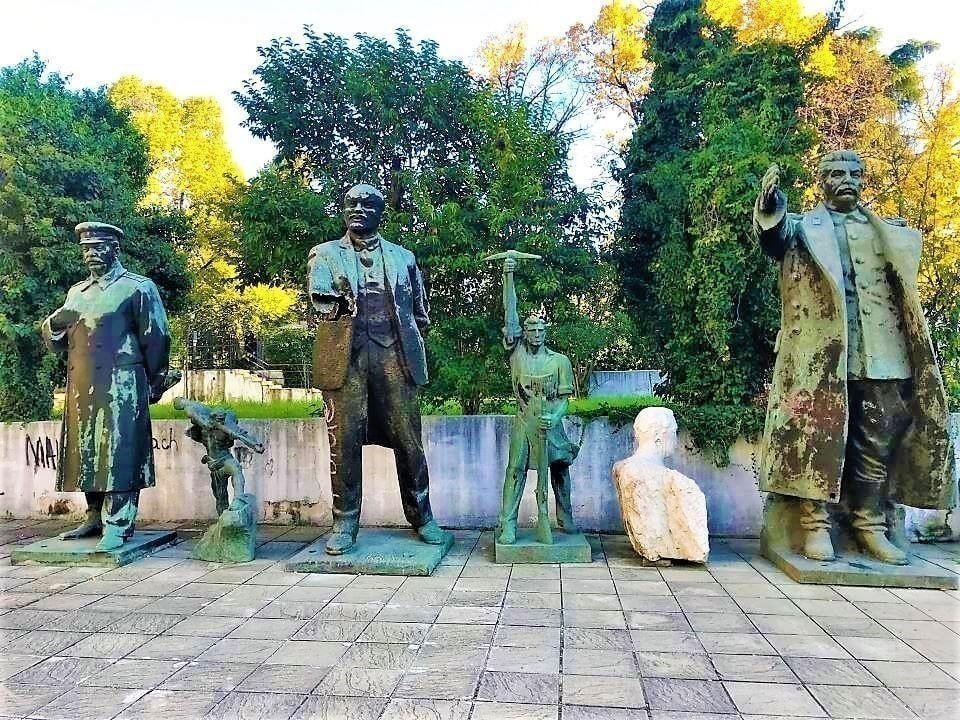 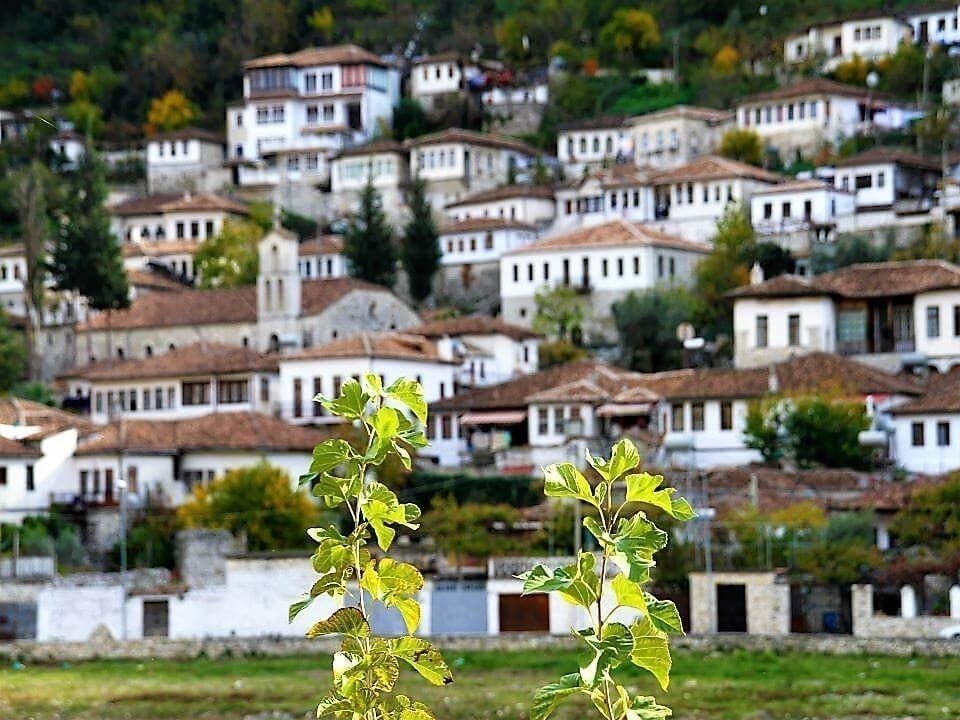 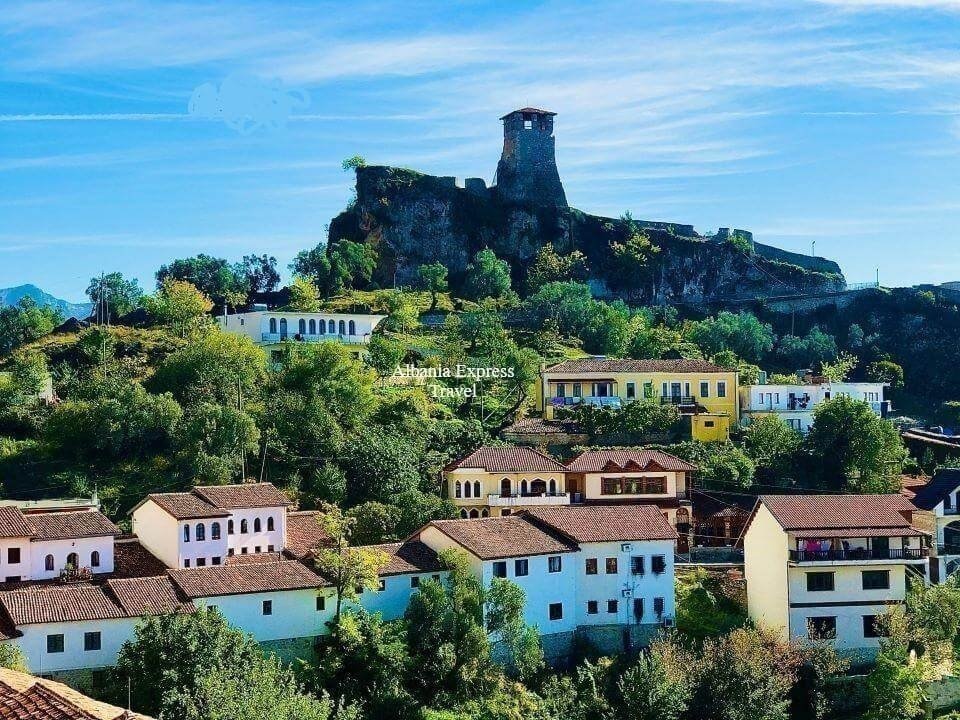 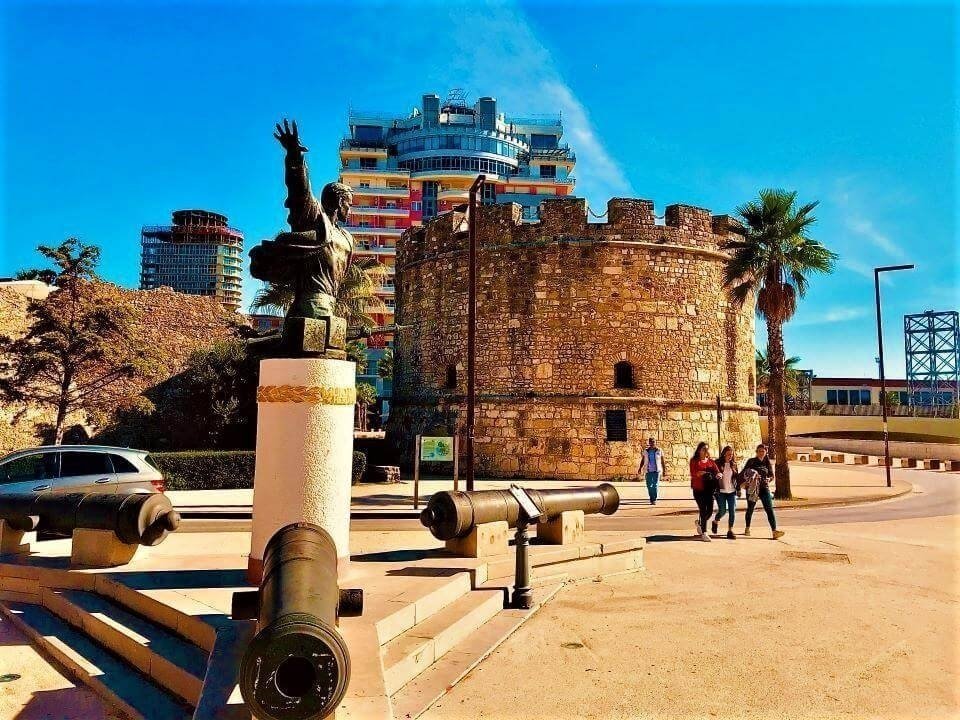 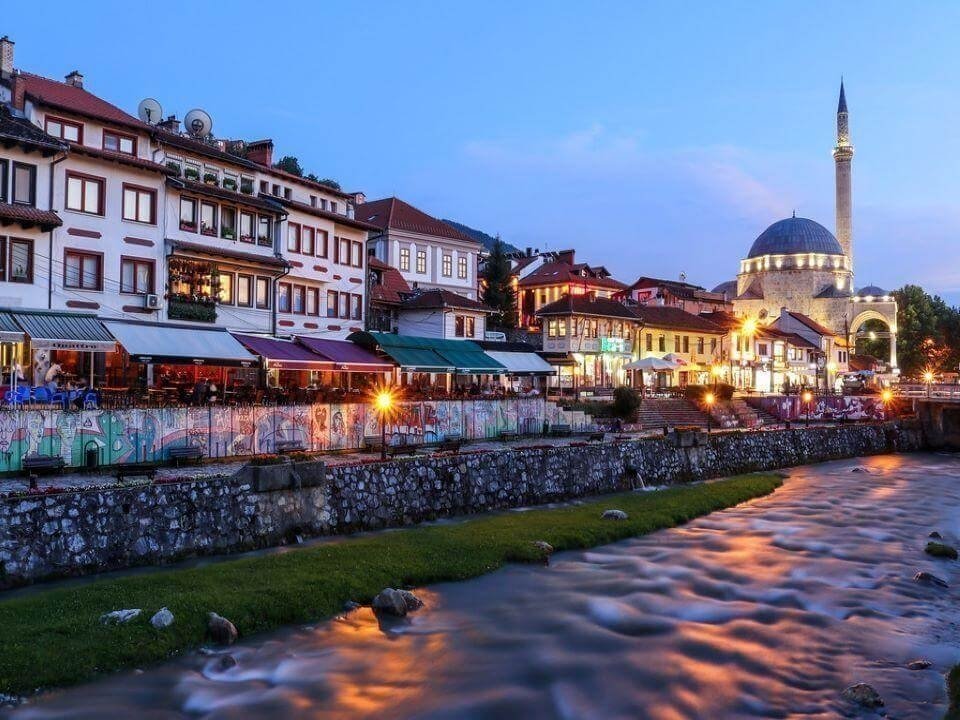 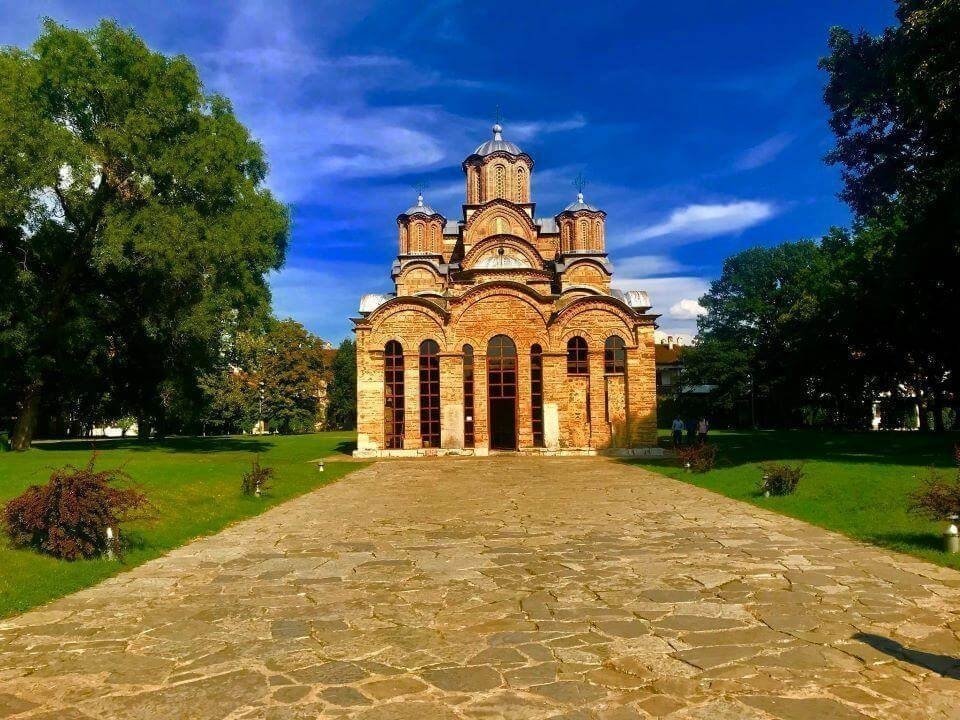 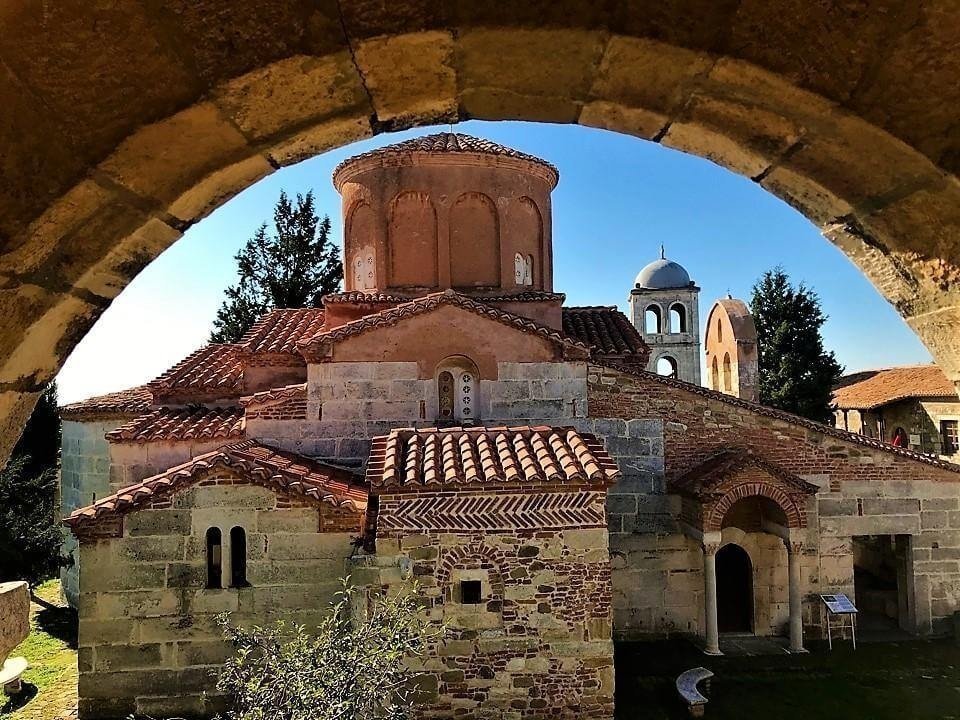 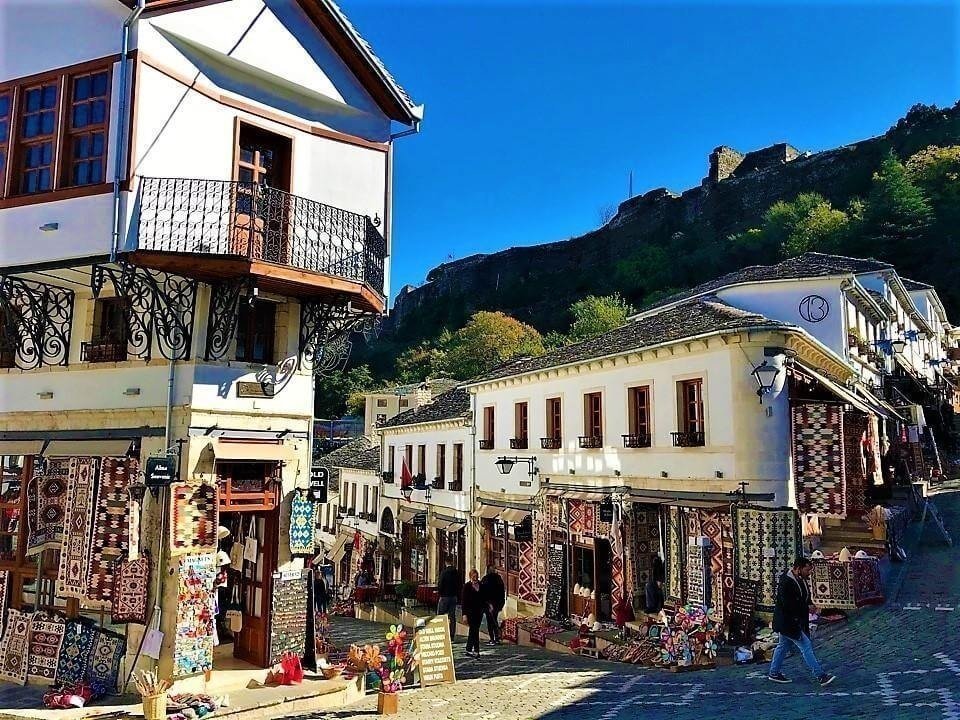 Meet at the airport and transfer to Tirane for a visit to the National Museum of History which is a great introduction to the country and its people from antiquity to the present. Afterward take a driven tour of the major sites of Tirana, including the colorful buildings the Albanian capital is now recognized for. The dull grey communist buildings have been transformed into modern art canvases through splashes of bright colors and abstract shapes. It is considered an ingenious way of uplifting the facades and the moods of the inhabitants. In the afternoon we will continue to Dajti Mountain by cable car. This is a cable car service which travels for about 300 m to the top of Dajti Mountain and gives you a spectacular view of the beautiful capital city of Tirane. You can see the local farmers down below using ancient farming methods even today. The restaurant at the top has a breath-taking panoramic view. Overnight in Tirana.

Departure to Prizren. On the way, we stop in Kruja, the center of Albanian resistance against the Ottomans under our national hero Scanderbeg who defeated them in 22 battles including one of the most warriors like sultans Mehmet the Conqueror and resisted the Ottoman occupation for 25 years. We visit the Castle with two great Museums and the Old Ottoman-style bazaar. Proceed to Prizren which is a true open-air museum, one of the most beautiful towns of Kosovo. It is situated on the slopes of the Sharr Mountains and on the banks of the river Bistrica. The craftsmen of Prizren are well known for their beautiful gold and silver articles, embroidery, the Prizren cloth, knives, and other folk handcrafts. From all the cities of Kosovo, Prizren has best preserved the architectural physiognomy of the past. Overlooking the town on a hill that dominates over the Prizren plateau is the Fortress of Prizren. Overnight in Prizren.

Departure to Peje and first stop in Prishtina for a short city tour. Visit Gracanica Monastery which was constructed on the ruins of an older 13th-century church of the Holy Virgin, which was built on the ruins of a 6th century early Christian basilica. Afterward, drive towards Peja through the magnificent Rugova Gorge to the Decani Monastery near it. This monastery complex is a wonderful example of the Orthodox religious architecture and art part of the UNESCO World Heritage Site and a must for anyone visiting Kosovo. Overnight in Peja.

We drive to Gjakova for a visit to this town which has one of the oldest bazaars built in the 17th century which has survived till today. This ancient shopping center has many stores and stalls where you can buy all sorts of handicrafts. Aside from shopping, the Gjakova Old Bazaar also has a 15th-century mosque which is one of the major attractions at the site. Afterward departure to Fierze where we take the Koman Lake ferry. A spectacular boat trip through the artificial lake created by the hydropower stations built on Drin River. The depth of the lake has given it an opal green color while the surrounding mountains have created the magnificent effect of a fjord. After arrival in Koman and drive to Shkodra the most important town of north Albania and the Illyrian capital, in the 3rd century BC. Visit Rozafa Castle with striking views all around. Continue to town and take a walk in the newly renovated pedestrian area of Italian and Austrian architecture, testimony to this town historic links with both these countries and visit a communist prison turned museum. Overnight in Shkodra.

After breakfast, we depart for Durres one of the oldest (founded in 627 B.C.) where we have lunch by the sea (optional). In Durres take a sightseeing tour of the Amphitheater situated in the middle of the modern city in an inhabited area and departure for proceeding to Berat, Albania’s second museum town, sometimes called “the city of a thousand windows” and one of the most attractive Albanian towns. We will see the Fortress, Onufri Museum, and several Churches and Mosques. In the downtown, we visit the Leaden Mosque, the King Mosque, the Bachelor Mosque, and Alveti Tekke. Overnight in Berat.

After breakfast, proceed to Gjirokastra. Gjirokastra is the birthplace of the former iron-fisted dictator of Albania, Enver Hoxha. Visit the pre-Ottoman citadel with a weapons museum and ex-political prison. Afterward free to stroll around town where many of the buildings retain their original wood and stonework. Lunch in a local restaurant in Gjirokastra. Departure for Saranda and on the way we will stop at the beautiful Blue Eye spring shaped like an eye with beautiful blue and turquoise green colors among old maple trees. Then we visit the ancient city of Butrint a world heritage site. The city was first settled by Greek colonists and was continuously inhabited for centuries forming archaeological layers of passing civilizations. It is situated on a beautiful peninsula with dense vegetation. Overnight in Saranda.

After breakfast drive on the spectacular Albanian Riviera towards Vlora. Breathtaking sceneries await us at the Llogara pass – 1000 m above sea level. Our next visit to the Himara region will be in the water springs of Borshi before continuing towards Ali Pasha fortress in the bay of Porto Palermo which is a rare example of French military engineering, built in the first decade of the XIX century. We will stop at 1100 meters above sea level, through the forest of Llogara National Park, from where we can admire the whole coastline and the Greek islands in the Ionian sea. Arrival in Vlora and in the afternoon city tour of Vlora. Overnight in Vlora.

The next visit will be at Apollonia Archaeological park which started in the 7th century BC as the ancient town of Apollonia, the second largest Greek colony in Albania. Founded in the VII century BC, Apollonia became one of the most important towns in the region in the IV century bc. Nowadays it is one of the biggest archaeological parks in Albania. Next, we will drive towards Ardenica Orthodox monastery (XII century) located on a hill overlooking the valley, which has one of the best-preserved Byzantine churches in Albania, famous for its wooden carved altar and its frescoes covered walls. In the afternoon we will check-in at our hotel located in the city center. Then we drive to Tirana, the capital of Albania. Walking tour in Tirana. Overnight in Tirana.

After breakfast, the tour ends with a transfer to “Mother Teresa” Airport. Ends of our service.

How much time does the Visit Albania and Kosovo take?

You can book Visit Albania and Kosovo at least in 7 days. Check availability calendar in "Book Now" form to see currently available dates. 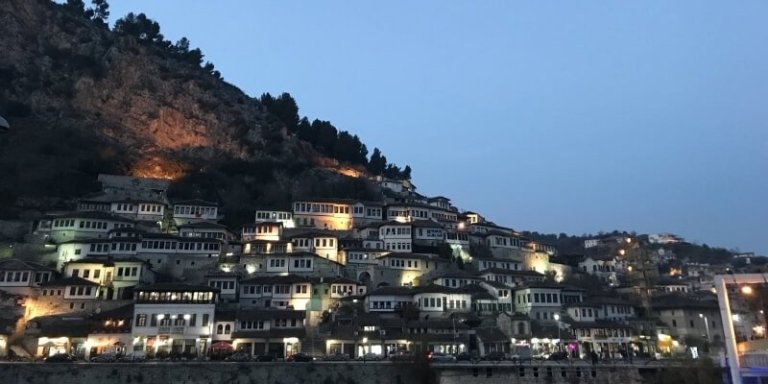 Visit in a week 4 less discovered countries of the Balkan Peninsula, traveling from Albania, to North Macedonia, via Kosovo and Montenegro. A unique experience, mixed cultures, languages, and Read more ➤ 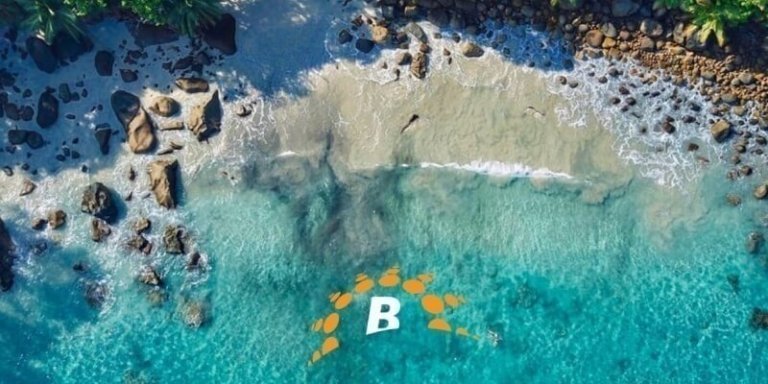 Explore Albania, Last Secret of Europe in 8 days. This 8-day program combines visits to the most important historical sites and National Parks in the country. During this week you will be able to Read more ➤ 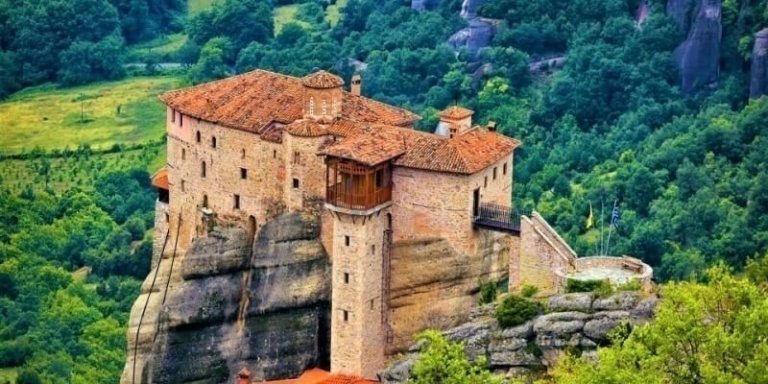 Through our Crossroads of Cultures program, travelers learn from expert lecturers while journeying through Albania’s most notable sites and towns along with Epirus, Greece’s northwest region. Even tho Read more ➤