Classical India & Tiger Safari Tour include visit to some of the world’s most iconic sought after monuments, unique culture and wildlife sanctuaries. Begin with exploring the historical city Delhi and proceed to witness the immortal beauty of the Taj Mahal. Continue to Fatehpur Sikri & Abh

Classical India & Tiger Safari Tour include visit to some of the world’s most iconic sought after monuments, unique culture and wildlife sanctuaries. Begin with exploring the historical city Delhi and proceed to witness the immortal beauty of the Taj Mahal. Continue to Fatehpur Sikri & Abhaneri to admire the architectural wonder. Marvel at Fort & Palaces of Jaipur which present the valor of Rajput. Next search for Tiger in Ranthambore National Park & visit hill fort. Next drive to visit the graceful cenotaphs of Orchha and the sensuous moods of the temples of Khajuraho. Embark on enthralling expedition in dense forest of Panna. Make your way through the sacred city of Varanasi and cruise on the River Ganges to observe ancient spiritual rites. 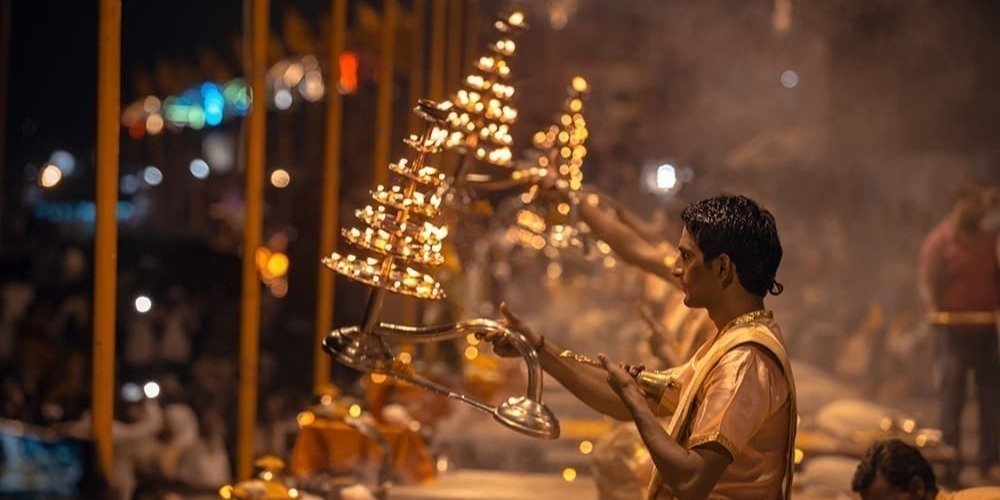 City tour of Jaipur the first planned city of India. Established in 1727 by Jai Singh II, the king of Amber when he shifted his capital from Amber to the new city because of the rapidly-growing population and an increasing water scarcity. Noted architect Vidyadhar Bhattacharya used the established principles of Vastu Shastra to build the city. In 1876, the Prince of Wales visited Jaipur and the entire Jaipur city was painted in pink the symbolic colors of hospitality to welcome him. Jaipur rises up majestically against the backdrop of the forts Nahargarh, Jaigarh and Garh Ganesh Temple. In morning visit Amber Fort followed by Jaigarh Fort. Later visit City Palace, Observatory, Hawa Mahal, Sisodia Rani Garden & Birla temple. Explore the famous bazaars of Pink City with its rich history and heritage exudes an amazing mix of royalty and art. Overnight at hotel. Overnight at hotel.

Drive to Ranthambore National Park check in at resort. Later visit Ranthambore Fort built by the Chauhan rulers in the 10th century. The fort encompass temples, tanks, massive gates and huge walls, numerous cenotaphs, ruins and abandoned settlements overcome by nature testament to battles and romances of an era long gone. The fort is also related to the historical legend of the royal women performing jauhar (self-immolation) when the Muslim invader Alauddin Khilji laid siege on this fort in 1303. Overnight at hotel.

Drive to Orchha via Shivpuri. Visit Madhav Palace a quaint palace that has the colonial touch. George castle built for a short stay of King George V. Collectorate of Shivpuri and memorial of Tatya Tope. The Chhatris of royals Scindia king and queen. Flanked by the Mughal gardens with path adorned with picturesque fencing. The chhatris are a great blend of Hindu and Mughal architecture. In order to give a similar effect like Taj Mahal, the cenotaph of Madho Rao Scindia is ornamented with precious & semi-precious stone and gemstone. Continue drive to Orchha check in & overnight at hotel.

City tour of Orchha a historical town known for its grand palaces, intricately carved temples adorned with classic mural paintings, frescos and cenotaphs that were constructed to commemorate the Bundela rulers. Visit the Orchha Fort complex, which houses a large number of ancient monuments. These are Raja Mahal, Sheesh Mahal, Jahangir Mahal, a temple, gardens and pavilions. Chaturbhuj Temple a multi-storied structure noted for having one of the tallest Vimana among Hindu temples. Chattris (Cenotaphs) situated on the banks of Betwa river, are magnificent royal tombs of the Maharajas, placed on a platform and supported by the pillars.

Later drive to Panna NP check in & overnight at hotel.

Game drive gypsy safari in tiger reserve with naturalist. The park is located where the tropical and subtropical forest belts are found. River Ken runs through this relatively dry national park providing water to the wildlife throughout the year. Many rare species and endangered species can be spotted in this park. You can spot the majestic tiger, the ghariyal - a huge reptile found only in the Indian subcontinent, Indian wolf, four-horned antelope, sloth bear pangolin, rusty spotted cat, leopard, carcal and a variety of flora and fauna. There are six species of vulture found in this park. Also visit the magnificent Pandav Falls inside the park a perennial fall fed by a tributary of the river Ken. The falls cascades down from a height of about 30 meters into a heart shaped pool. Surrounded by lush green forests. At the foot of falls there are some ancient caves overlooking a large pool of water. The Pandavas of the Mahabharata are believed to have spent a part of their exile here.

Later transfer to airport to board flight for Varanasi.

Early morning boat ride & ghat visit along the Ganges and catch the scene of devotees bathing and praying in the sacred water. Ghats in Varanasi are riverfront steps leading to the banks of the River Ganges. The city has 88 ghats, most of the ghats are bathing and puja ceremony ghats, while two ghats are used exclusively as cremation sites. The ghats are frequented by the people which include early morning bathers, priests, people practicing meditation and yoga, students and tourists as well.

Later city tour visit Banaras Hindu University. With 5.3 sq kms campus and 30,000 residing students it is the largest residential university in the continent. Bharat Mata Temple built in 1936 houses a relief map of undivided India, carved out of marble. Tulsi Manas Mandir one of the most famous temples in Varanasi. The temple has beautiful images of Lord Rama, Mother Sita, Lakshman and Lord Hanuman. The walls of temple are adorned with verses from Ramcharitmanas, the Hindi version of the epic Ramayana. Continue to Sarnath, it was here Lord Buddha preached his first sermon after attaining the Enlightenment at Bodh Gaya. The great Dhamekh Stupa and glistening pillar established by Emperor Ashoka in 273-232 B.C. stand testimony to the importance the place enjoyed at that time. If time permit visit Ram Nagar Fort located on the eastern bank of River Ganga. The Fort includes an eccentric museum boasting a royal collection of vintage cars, swords, palanquins, ivory works, an old weaponry section and an extremely unusual astrological clock. Overnight at hotel.

As per flight schedule transfer to airport to board flight for Delhi. From Delhi board connecting flight for your onward destination.

How much time does the Classical India & Tiger Safari Tour take?