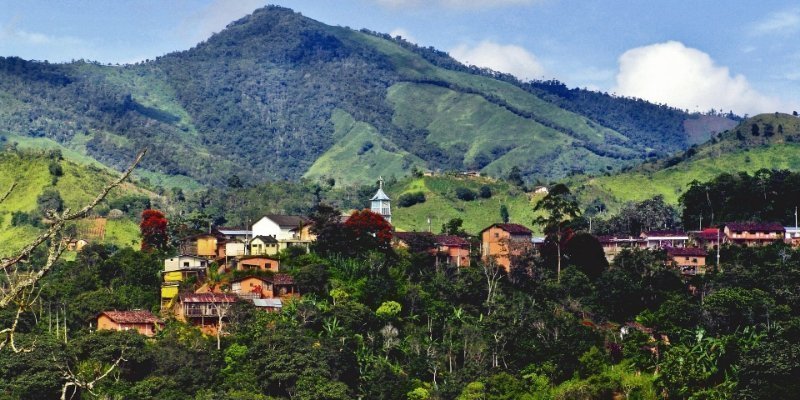 Things to do in Ecuador

Things to do in Ecuador

Ecuador is a country in South America, bordered by Colombia to the north and Peru to the southeast. It also includes the famous Galapagos Islands and Andes. With plenty of things to do in Ecuador, this is one country that you will not regret visiting. The name ‘Ecuador’ is a derivation of the word ‘Equator’, the imaginary line that divides the earth into two equal parts. This is because the Equator passes exactly though this country.

Despite its small size, it is one of the seventeen megadiverse countries in the whole world. In other words, it contains more biodiversity than most other countries in the world. This translates to about 15% of the world's bird species, 4500 species of butterflies, 345 reptiles, 358 amphibians, 258 mammal species and a one of the last patches of the Amazon rainforest.

Coming to the culture of the country, the country has a very rich history tracing back to the Paleo-Indians, Valdivia, Machalilla, Quitus, Canari, and more. The civilizations that flourished in Ecuador developed a unique way of life, part of which is still evident today. Although the country’s history dates back to the Incas, the history is much more complex than this, given the course of events in the country. For example, one of the largest cultural shifts took place in the region with the arrival of the Spanish colonists.

For those who might just be visiting South America anytime soon, you’ll not be regretting it. There is something for everyone, which makes the place an amazing tourist destination. Given in the list below are some of the things to do in Ecuador.

Quito is the capital city of Ecuador with a population of 2.7 million people. Visiting the capital city would be one of the first things to do in Ecuador. Its elevation is over 9000 feet, making it one of the highest capital cities in the world. The historic centre is one of the best-preserved in South America with places like the Carondelet Palace, Cathedral of Quito, Church of San Francisco, and Church of Santo Domingo as its tourist attractions among many others. There are several large parks like Metropolitano, Bicentenario, La Carolina and El Ejido. Nice way to discover Quito is to take historical and cultural tour Spirit of Quito. 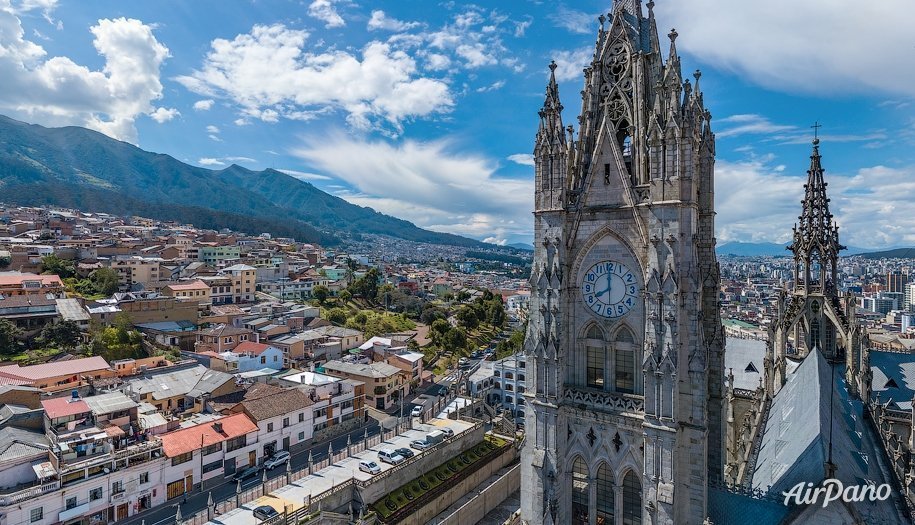 The city has a popular area known as the Plaza Foch which has various night clubs and bars. If you’re in the city, you might want to visit Teleferico which is an aerial tramway station which is located in a visitor centre. Other things to do in Ecuador while in Quito include visiting the Vulqano Park (Amusement park), fine dining, outdoor sports and shopping malls.

Galapagos Islands - 'must do' among the things to do in Ecuador

Located a thousand km from the mainland, Galapagos Islands consist of 13 large islands and the first world heritage site to be declared by UNESCO in 1978.

It’s Biodiversity so rich that when Charles Darwin stayed there for 5 weeks, he wrote the ground breaking Theory of Evolution. He wrote about the famous Darwin's Finches, 13 species of finches, all arising from the same ancestor to adapt to different type of diets giving them different beak structures. In fact, one of the things to do in Ecuador would actually be to emulate Darwin and check out the finches that inspired him to finish his great work. 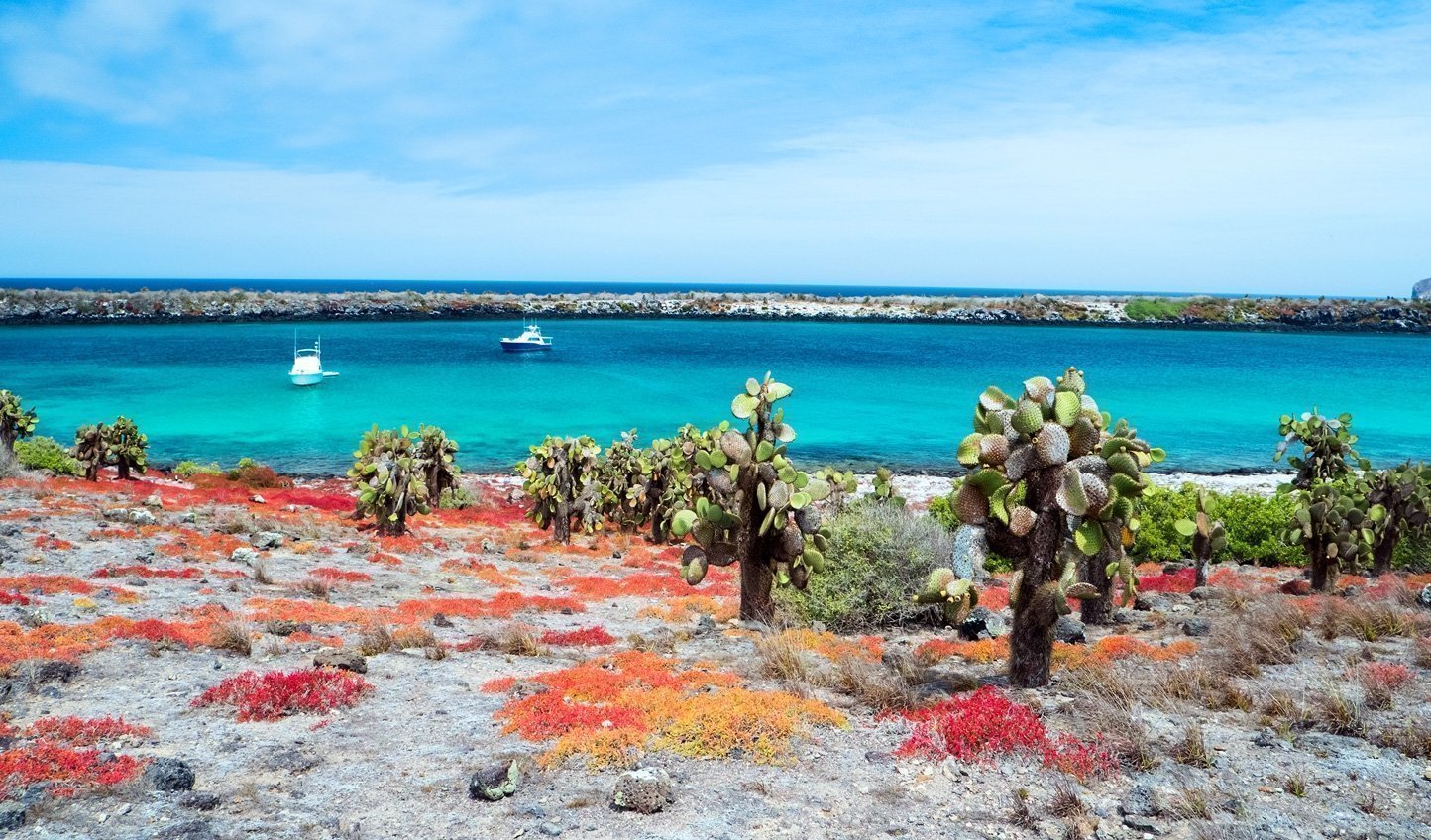 Galapagos is home to hundreds of species of wildlife including 23 species of reptiles and the Galapagos penguin in the north! One of the more famous reptiles is the Giant Tortoise. Ecuador's government has tried to save these from extinction and raise many of them in captivity at the Charles Darwin Research Station on Santa Cruz. There are other places like Isabella or Cristobal where they are raised until they can be allowed to live on their own. You can see them at the research stations or during mating time on Santa Cruz Island in the wild. You can get amazing Galapagos wildlife experience with a boat trip starting from Puerto Ayora.

Other things to do in Ecuador while visiting Galapagos Islands are checking out the Los Gemelos, The Devil's Crown, The Wall of tears, Post Office Bay, Alcedo Volcanoand the Sierra Negra Volcano.

This is one of the most biologically diverse spots on the planet with a record number of amphibian species (more than that of USA and Canada combined!). Yasuni National park covers less than 0.2% of the Amazon Basin yet has high numbers of reptiles with 121 documented species, 117 bat species, 100,000+ species of insects, thousands of plant species and many species not even discovered yet. 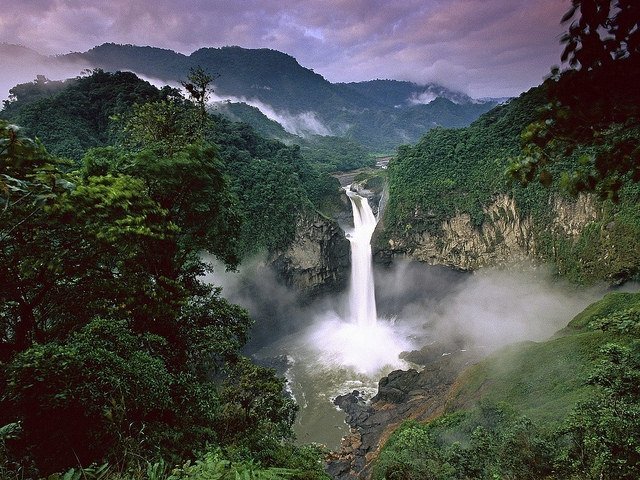 Yasuni National Park is also home to uncontacted people who are protected by the government of Ecuador. This is another item that you could add to your list of things to do in Ecuador as well.

Located near Cuenca in the highlands of Ecuador it has an area of 285 km2 full of beautiful hills and valleys. The name Cajas is derived from “Cassa” or “Gateway to the snowy mountains”. It is currently a candidate for World Natural Heritage Site by UNESCO and also categorized as an important bird area. 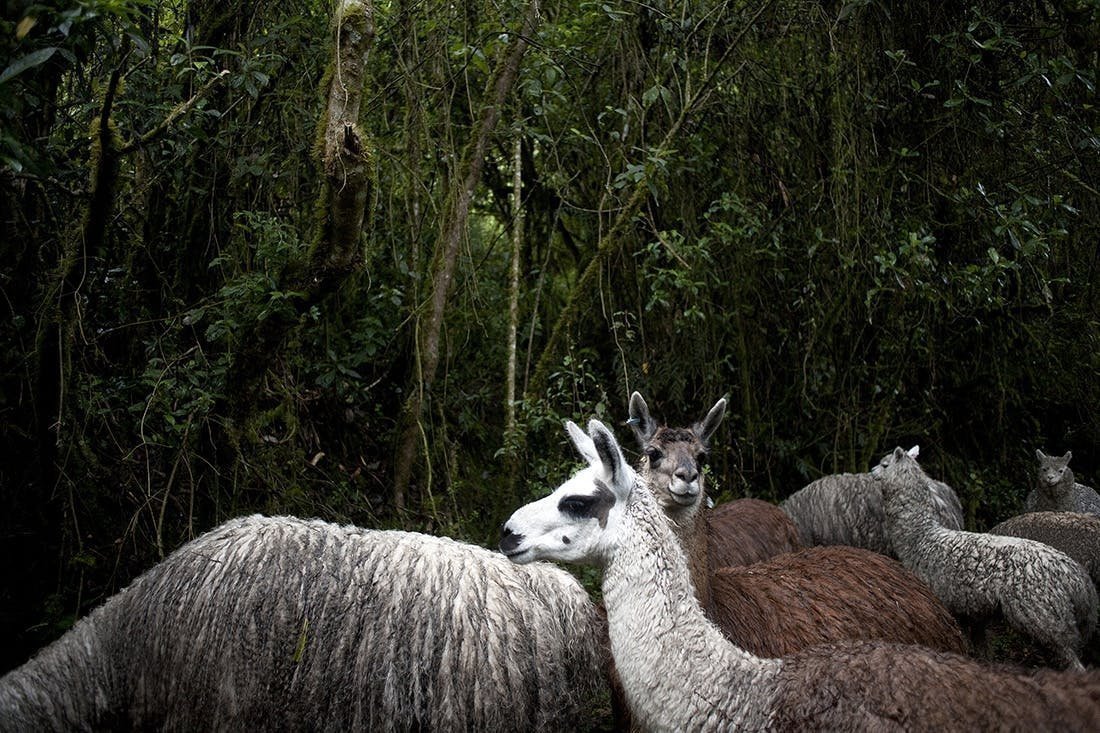 You can see the Incan invasion roads in El Cajas National Park. There are 28 archeological sites in the area. It is a popular place for outdoor activities. The highest point is the Architect hill at 4450m. With hundreds of lakes and lagoons many of them having glacial origin it provides a large amount of drinking water to the Cuenca area.

Other famous attractions are Podacarpus National Park, Vilcabamba, Baños de Agua Santa, Sangay National Park, Antisana volcano, Chimborazo volcano - if you love hiking you can take Chimborazo Peak hiking tour from Quito, Cotopaxi volcano, Cayambe volcano, Las Grietas, Sierra Negra, Las Tintoreras, Laguna Quilotoa, Cerro Tijeretas and many more! If there is a nature-oriented list of things to do in Ecuador, this place would be it!

The Capital City of Cuenca

The capital city of Azuay province is home to 700,000 people. The city has lots of influence from Spanish colonial architecture with the city centre listed as a UNESCO World Heritage Site.

Ciudad Mitad del Mundo or “Middle of the World City” is located in Pichincha, Ecuador. This is one city that is very common in the list of things to do in Ecuador for many visitors. In it, there lies the Monument to the Equator which is located at the exact location of the Equator commemorating Franco-Spanish Geodesic Mission which found the location. 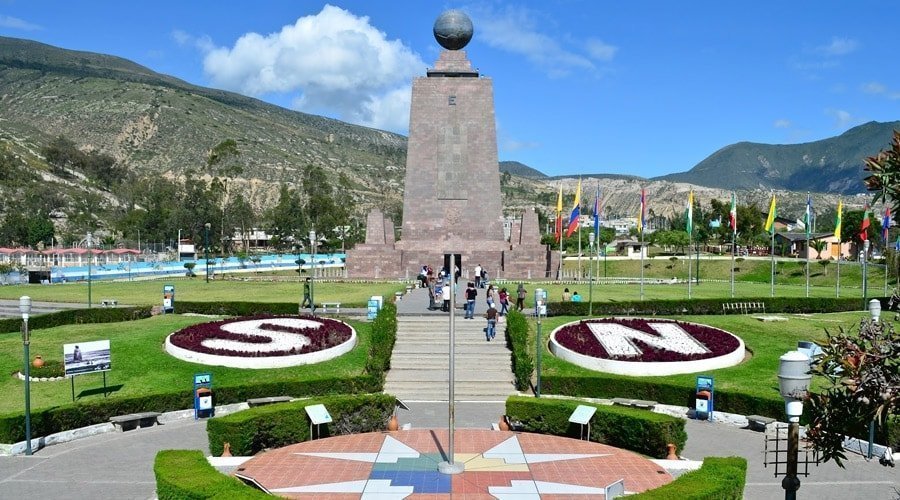 It also has a museum about the indigenous people of Ecuador called Museo Etnografico Mitad del Mundo. It is a famous tourist attraction as it is a point where the earth is divided into two hemispheres.

For a very long time, the country was under the rule of the Spanish Empire. This has left a distinct mark on the architecture used in the country, in both the urban as well as rural areas. 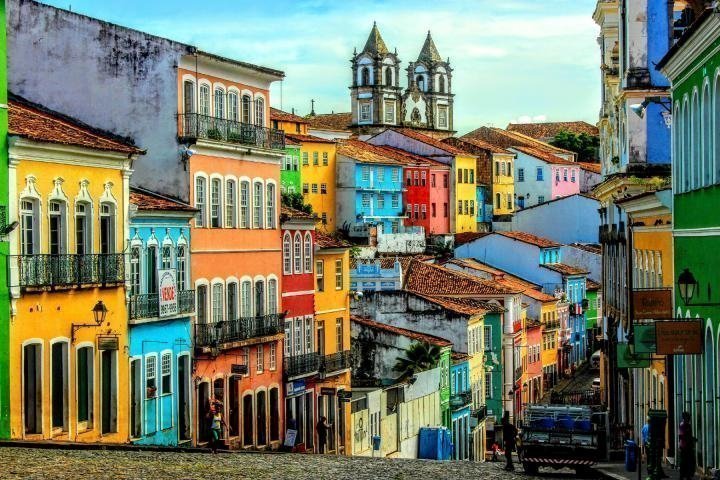 Of the many things to do in Ecuador, this is one thing not to be overlooked. Whether it is a small cathedral or large governmental buildings, you can find traces of Spanish Architecture everywhere.

Before the arrival of the Europeans, the region that would become Ecuador was inhabited by Native Americans. Due to this long history, there are several archeological sites across the land. While the place doesn’t have pyramids like other parts of Central and South America, there are many ruins that dot the landscape.

A good example of this would be Cochasqui, a vast expanse of Pre-Columbian ruins that spread across the landscape. Many people don’t include the archaeological ruins as one of the things to do in Ecuador, while the visit the country, simply because they don’t know. But now, you certainly do!

The Coastlines of Ecuador

The country is located adjacent to the vast and mighty waters of the Pacific. This makes the place an excellent destination if you are interested in exploring the many wonders of South America’s coastlines. 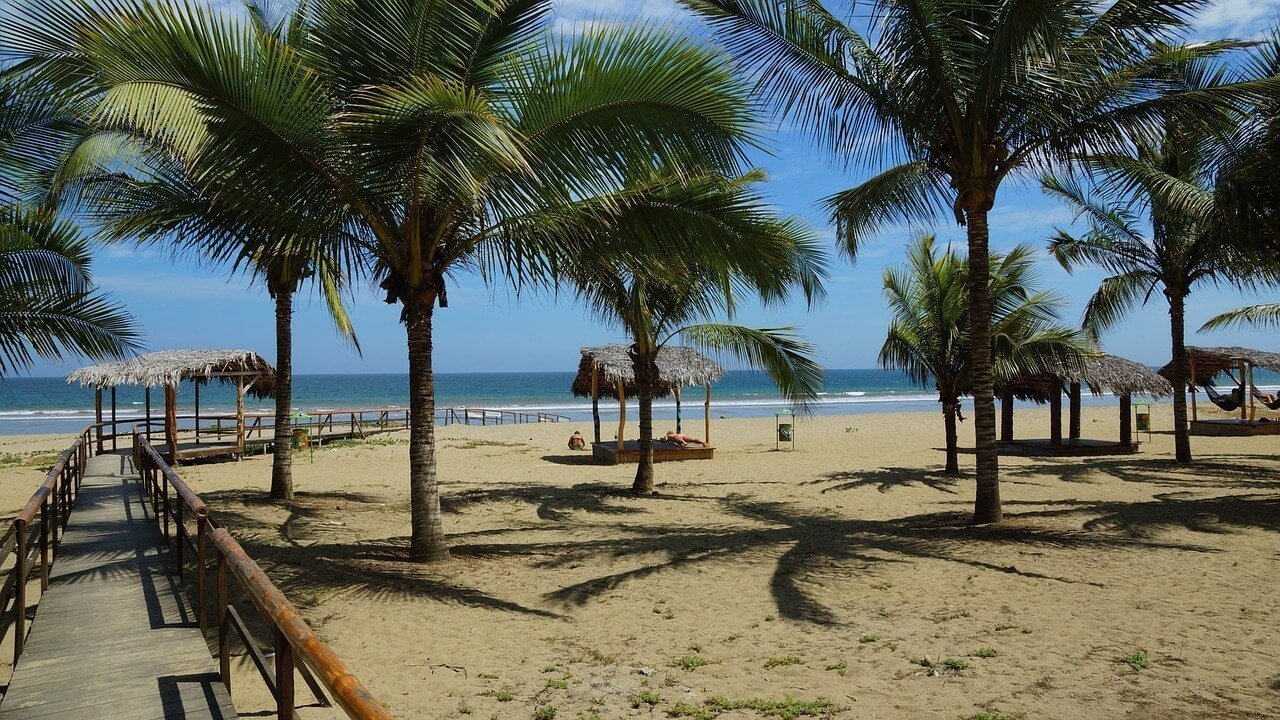 Among them include sandy beaches, imposing cliffs and vast shorelines which are sometimes deserted for miles. Adding these places to your list of things to do in Ecuador isn’t such a bad idea. 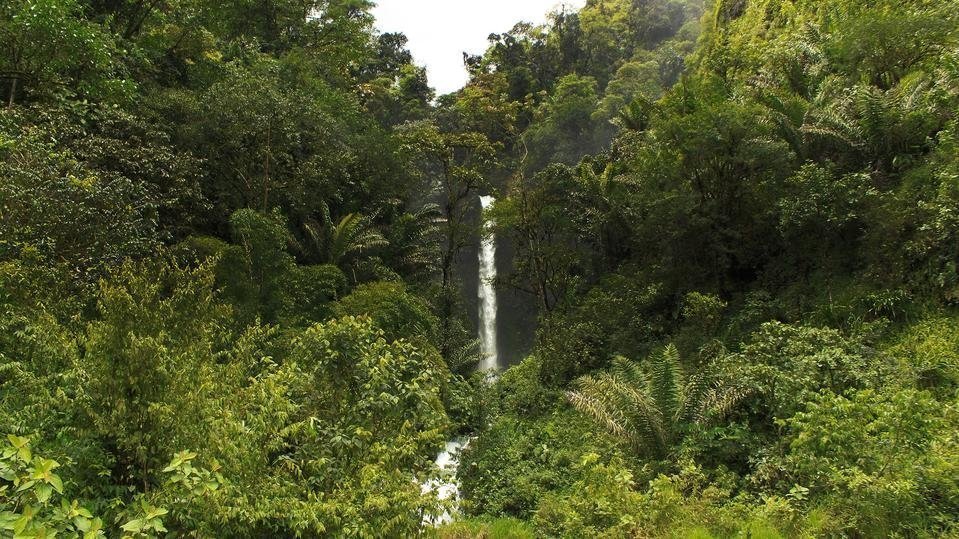 If you happen to be into eco-tourism, you can look forward to adding the Amazon jungle to your things to do in Ecuador. With some of the last pristine stretches of the Amazon on earth, this is one place that you will remember visiting. In addition to this, there are several amazing species that you can look forward to witnessing while you visit this tropical paradise, such as Macaws, Jaguars, Capybaras, etc.

Ecuador isn’t very famous for the Andes mountains. But the fact is that there are some mountain ranges, south of the country. So you might want to add this to your things to do in Ecuador as well. These are largely the foothills of the Andes, much of which lies in the surrounding countries like Peru, Chile, Argentina, etc. 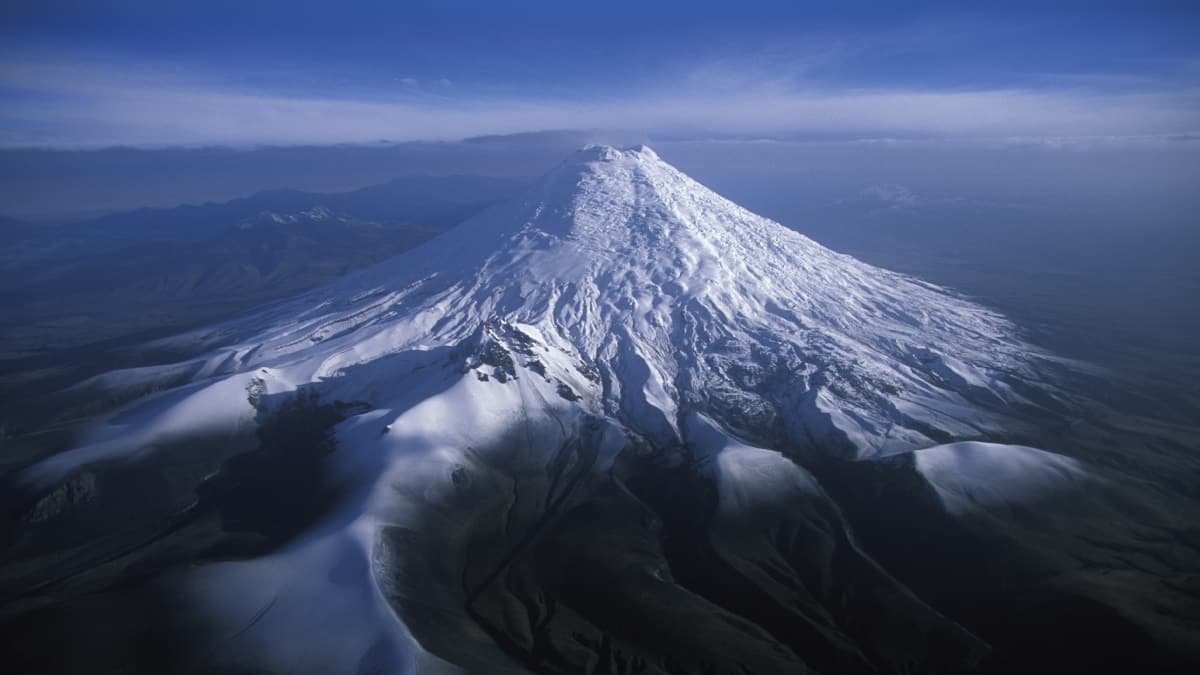 However, there is much to be explored in the Ecuadorean Andes as well, which range from the cliffs and mountains to the many Andean cultures that still live in the area.

Ecuador had been inhabited by numerous indigenous tribes before its discovery by Europeans. The South American continent was eventually colonized by two main European powers, namely the Spanish and Portuguese. While the Portuguese ruled what would eventually become Brazil, the Spanish began to rule everything else.

The interactions between the Europeans and the indigenous people led to the rise of a new ‘mixed’ identity in the region, which you can find today. You can add this to your list of things to do in Ecuador, where you can experience this unique food, the local cultures, religious traditions, languages and more. Good idea is to look for the restaurants where locals are eating and visiting Quito you may take the Quito craft beer tour.

Why not learn something new while you are on a vacation? The country’s main language is today Spanish.

If you are interested in the Spanish language, you can benefit by living in the country for a while. The local people are very friendly and you might just be able to pick up some Spanish while you stay here. 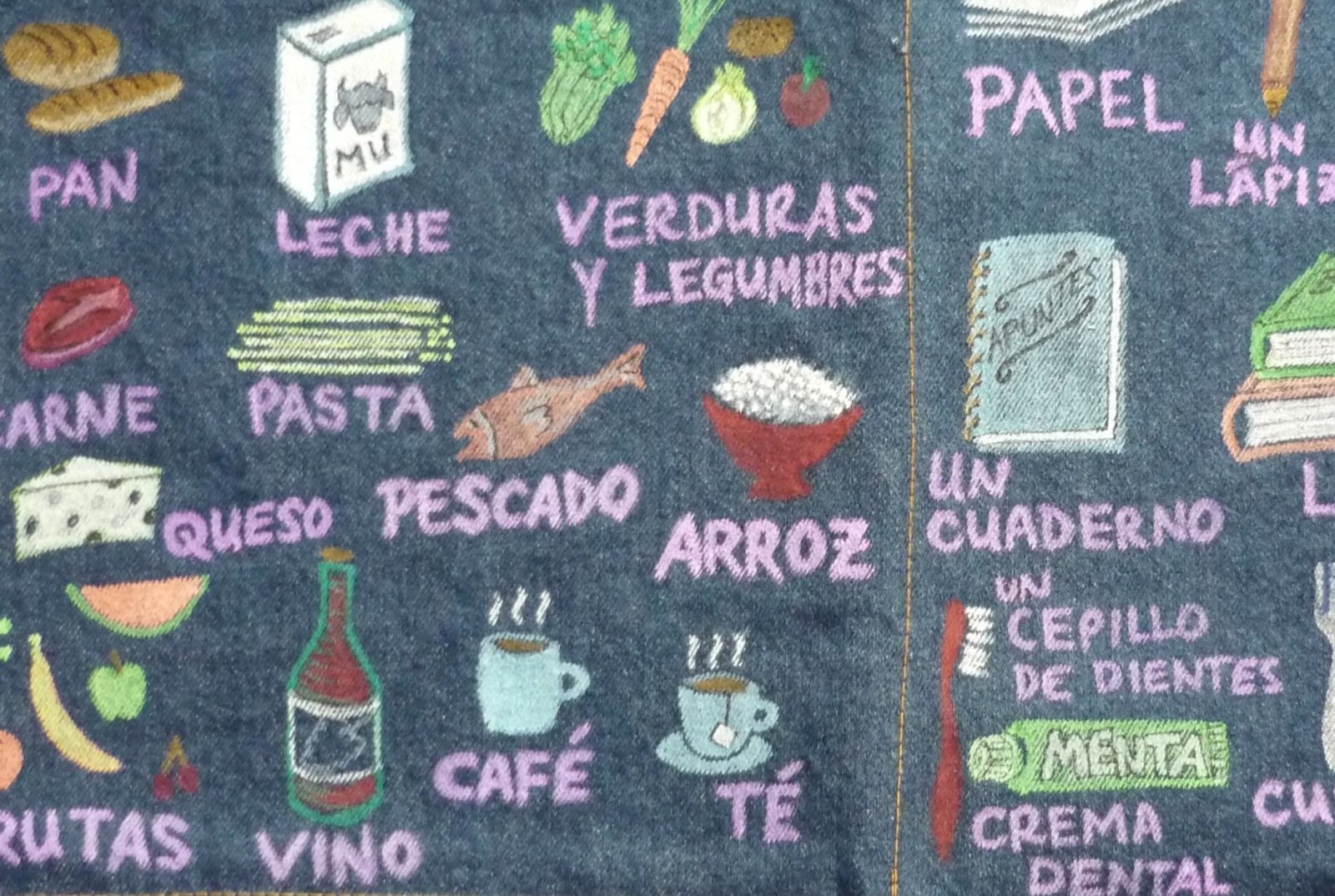 Just note that the Spanish you learn here is very different from that which is spoken elsewhere in the world. So if this is one of the things to do in Ecuador you are planning on, you might want to keep it in mind.

Of course, it should be known that the list above is just a way to get a rough idea of what Ecuador offers. There are many more things to do in Ecuador when you come here. With many beaches like Crucita, Esmeraldas, Manta, Montanita and the Andes mountain there is no doubt that a trip to Ecuador will give you a life-time of memories urging you to return and explore more!

See all tours and activities in Ecuador