Senses of the North - Bus Private Shore Tour in Gran Canaria is the perfect full day coach tour for bigger private groups coming to Las Palmas with cruise ships. With this private full day bus tour you will explore the beauty of the North and North-West of Gran Canaria island. 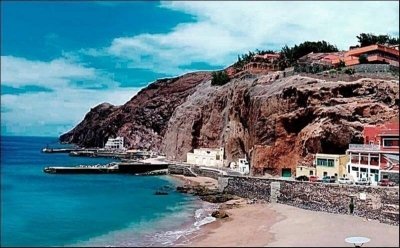 Our first stop we do in the town of Arucas where we will have a walk and will visit its iconic attraction - Church of San Juan Bautista. Arucas is the main town in the north of Gran Canaria, separated from the capital by the ravine Barranco de Tenoya. Dominated by the huge neo-Gothic Parish Church of San Juan Bautista, which will be visited along the Senses of the North - Bus Private Shore Tour in Gran Canaria ,Arucas boasts interesting historic buildings, mostly representing the architectural style of the 19th century. Erroneously also called the Cathedral of Arucas, this majestic lava-stone church boasts a 60 metre-high tower, which is the highest church tower on the archipelago. Designed by Catalan architect Manuel Vega i March, the construction began in 1909 and – stretching over several stages – was finally completed in 1977. The more conventionally neo-Gothic interior features splendid stained-glass windows and retables as well as a sculpture of Cristo Yaciente (Christ Recumbent), the work of a local artist – Manuel Ramos González (1899-1971). Located in the Constitution Square, you’ll find two more buildings of great architectural value, one of which is the old Town Hall, which was built in 1875 and completely restored in 1932, and the other one the Municipal Market, which is also noteworthy because of its size. This has since been transformed into an upmarket shopping centre. On the opposite side of this square there is the attractive Municipal Garden, called Jardín de Hespérides, a welcoming shady place with many species of tropical trees and plants, where you can relax from your visit to the town.

Arucas is also called as the City of Rum and houses Distilleries Arehucas, the biggest rum distillery in the whole Canary Islands. Founded in 1884, this rum factory with a yearly production of more than 3.5 million litres of rum, also boasts an interesting museum where you can learn everything about the history of the factory and the rum-production process and where you will also see barrels signed by celebrities like the famous tenors Alfredo Kraus and Plácido Domingo, along with members of the Spanish royal family.

Along the Senses of the North - Bus Private Shore Tour in Gran Canaria and your stay in Arucas you will have a chance to buy a bottle of local rum to enjoy it later at home or along your cruise through Canary Islands. Later with the Senses of the North - Bus Private Shore Tour in Gran Canaria you will visit to the municipality of Firgas, located in the center of the Doramas Natural Park. Once upon a time, Doramas Park was envisioned to become a zoo, but things ended up differently as it was built to be a park. It’s named after Doramas, the legendary Guanche chief warrior, who is known for his bravery in fighting the Spanish colonizers. Today, his legacy lives on within the 47,000 sqm territory of the park. Jardin Canario, situated inside the stylish residential space, is far away from the noise of the city. To its west end is Pablo Canario, a lovely constructed village that depicts the typical Canarian neighborhood. It’s also next to the renowned Santa Catalina hotel, famous for its old colonial architecture. The park’s central location and its warm, quiet atmosphere make it an inviting resting place for passing tourists.

As one of the main attractions of Las Palmas de Gran Canaria, Doramas Park boasts of striking and serene features, with a mix of an oasis of green and water attractions. Guests can find solitude in its various lakes, waterfalls, fountains, and lush gardens. The abundance of trees provides shades for visitors and many intricately designed rock sculptures complete the picturesque sight.

Later on we will get with our comfortable bus to La Villa de Moya where among other things is the Natural Reserve of Los Tilos de Moya and where you can buy your famous cakes and cheeses from the area. This reserve is one of the last redoubts of laurisilva of Gran Canaria. The protected area is a section of the Barranco de Los Tilos, about 2 km long and is located in the municipalities of Santa María de Guía and Moya. It is one of the remains of what was the old Doramas Forest, which was destroyed by overexploitation for the use of wood to be used as fuel. The flora is composed of typical species of laurel jungle, with a multitude of endemics of high scientific interest and more than 50 species of plants, some in danger. Vegetation is distributed along the bed and slopes of the Barranco, with individuals of arboreal size interspersed with specimens of herbaceous bearing typical of the understory. Also in the channel there are some typical species of aquatic environments such as canes, and in some slopes of the reserve. We will descend towards the coast in the direction of Santa María de Guía, which was cataloged in 1982 as a National Artistic Historical Complex, harmoniously combining an original urban layout.

Then we will visit Gáldar, one of the places with the highest number of beaches in the north of Gran Canaria. The last longer stop along the Senses of the North - Bus Private Shore Tour in Gran Canaria will be in Agaete where the Tamadaba Natural Park is located.

Tamadaba is a rocky massif of 1444 meters of altitude located to the northwest of the island of Gran Canaria and that has been declared a Natural Park. This massif is composed at its base by stacks of basaltic lava flows from the first stage of the insular shield formation 14 million years ago. To this it is superimposed on tuffs and phonolitic, rhyolitic and trachitic flows with a power of hundreds of meters and that are exposed vertiginously in cliffs of more than a thousand meters above the sea, product of giant landslides and the erosive effects of millions of years. These cliffs shelter numerous island endemics, some of them in danger of extinction. The highest areas are covered by a natural pine forest and by heathland and laurel relicts in the areas most exposed to the northern trade winds. The vegetation is abundant, in addition to Canarian pine and heathers we can find olivillos, escobones, codesos, yellow retamas, rockroses and thyme.

Due to the high altitude and open exposure, temperatures in winter can be very cold, softening in summer, even thermal inversion can occur reaching high values, exceeding 30 ° C, with the consequent danger of fire. The precipitations are important in winter especially the storms coming from the southwest, being able to reach values ​​of more than 1000 mm per year. When it is located to windward, it is exposed to humid trade winds producing abundant mists.

During the Senses of the North - Bus Private Shore Tour in Gran Canaria you will have free time for lunch and before returning to Las Palmas we will have some free time in Las Canteras.

While booking the Senses of the North - Bus Private Shore Tour in Gran Canaria, you are paying just booking deposit as the partial payment at the time of booking. Remaining Balance must be paid with bank transfer at least 7 days before the tour date, if you are agency, or with cash on the tour beginning, if you are direct customer with your own private group. 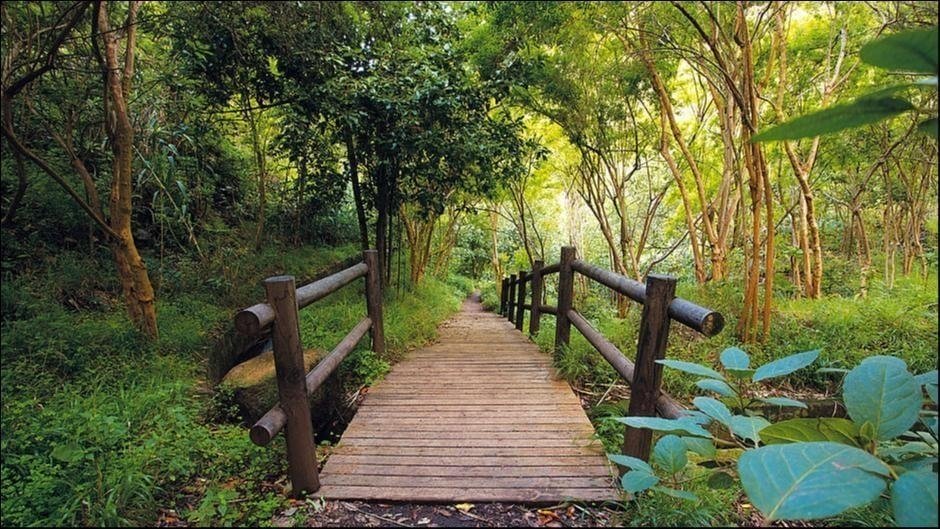 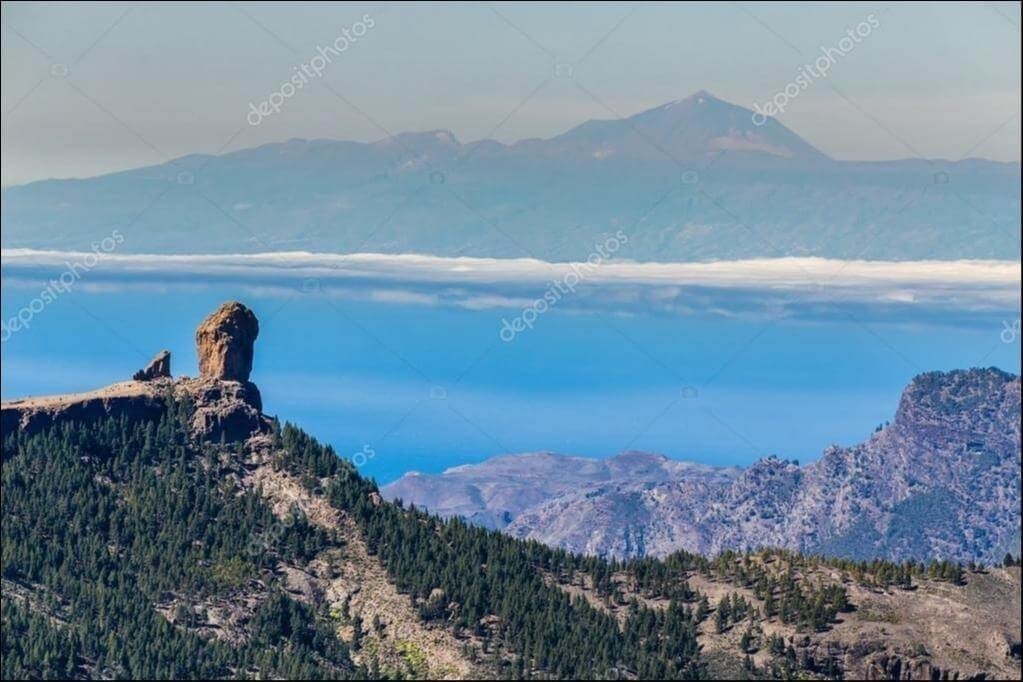 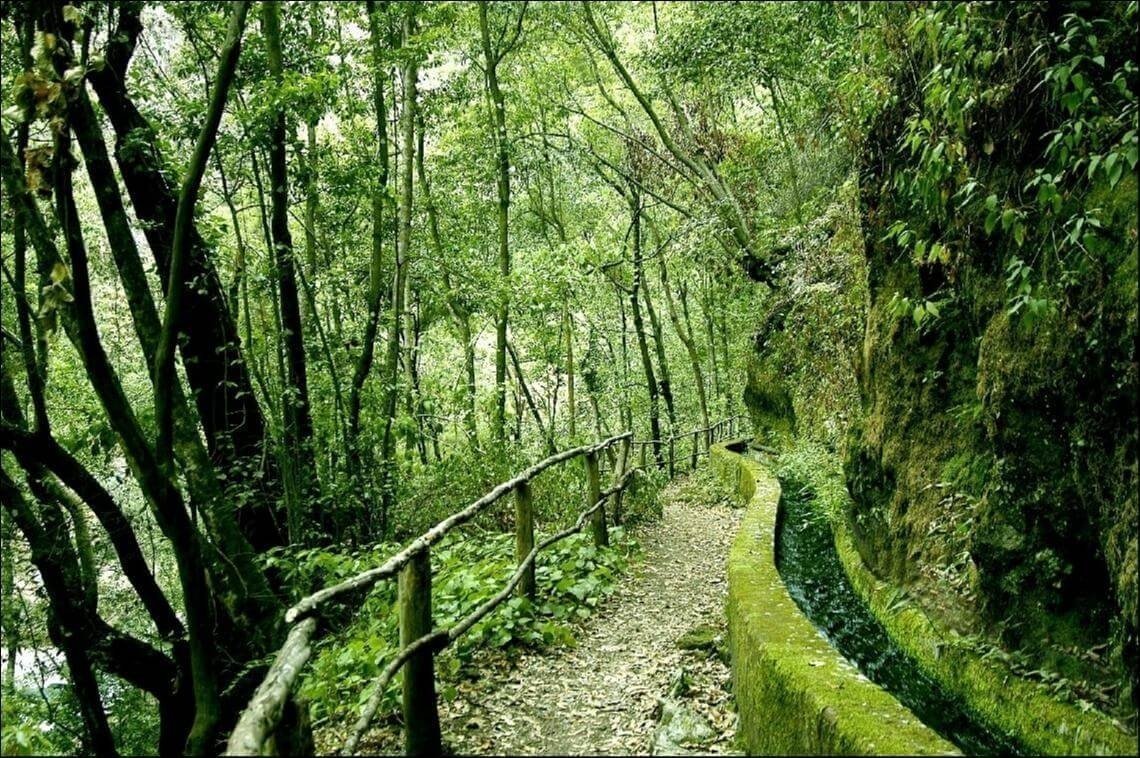 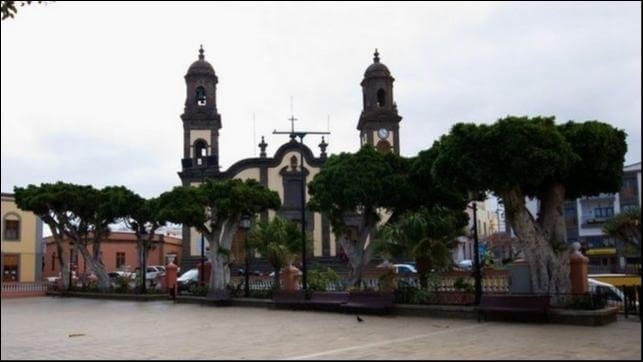 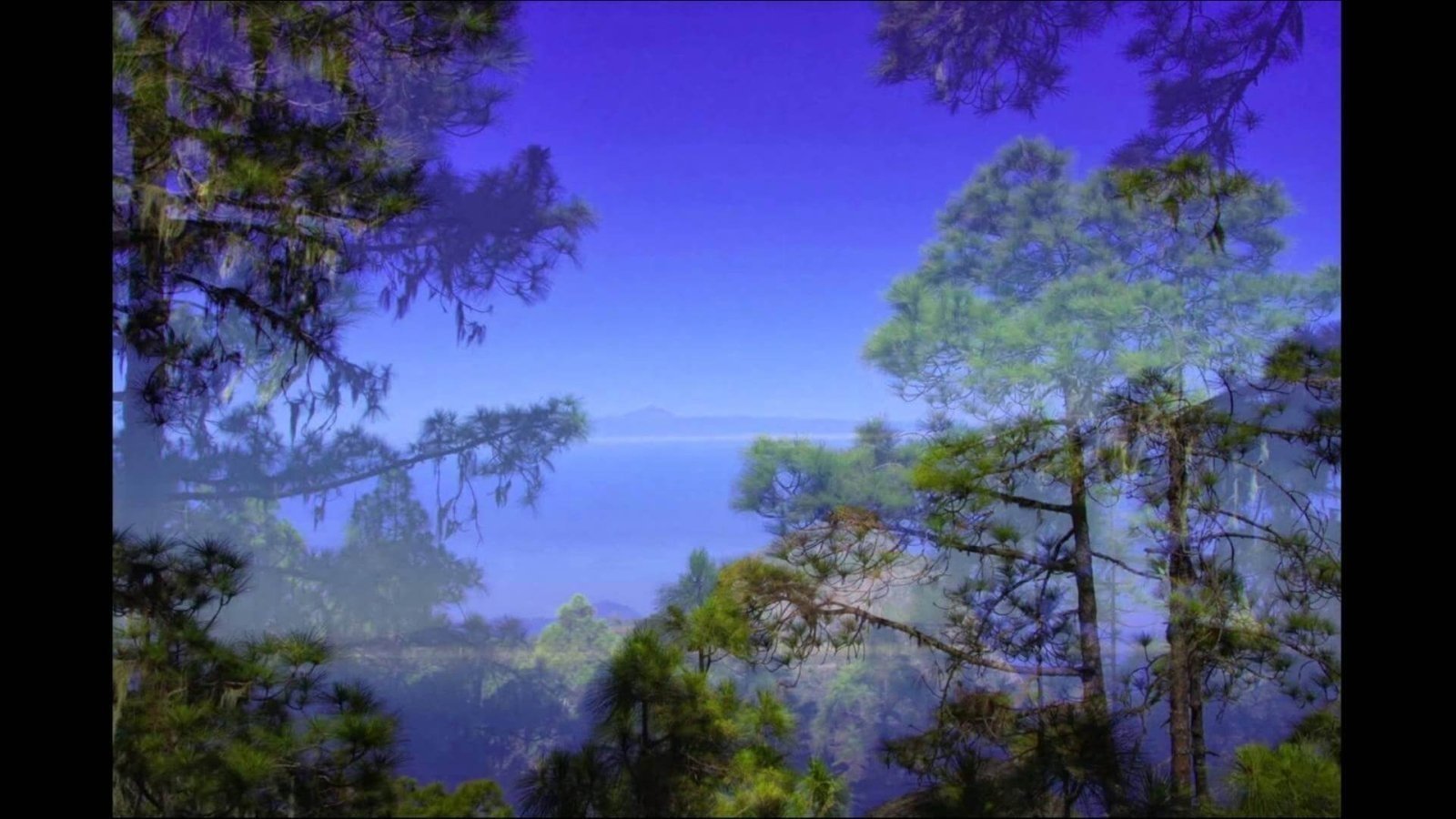 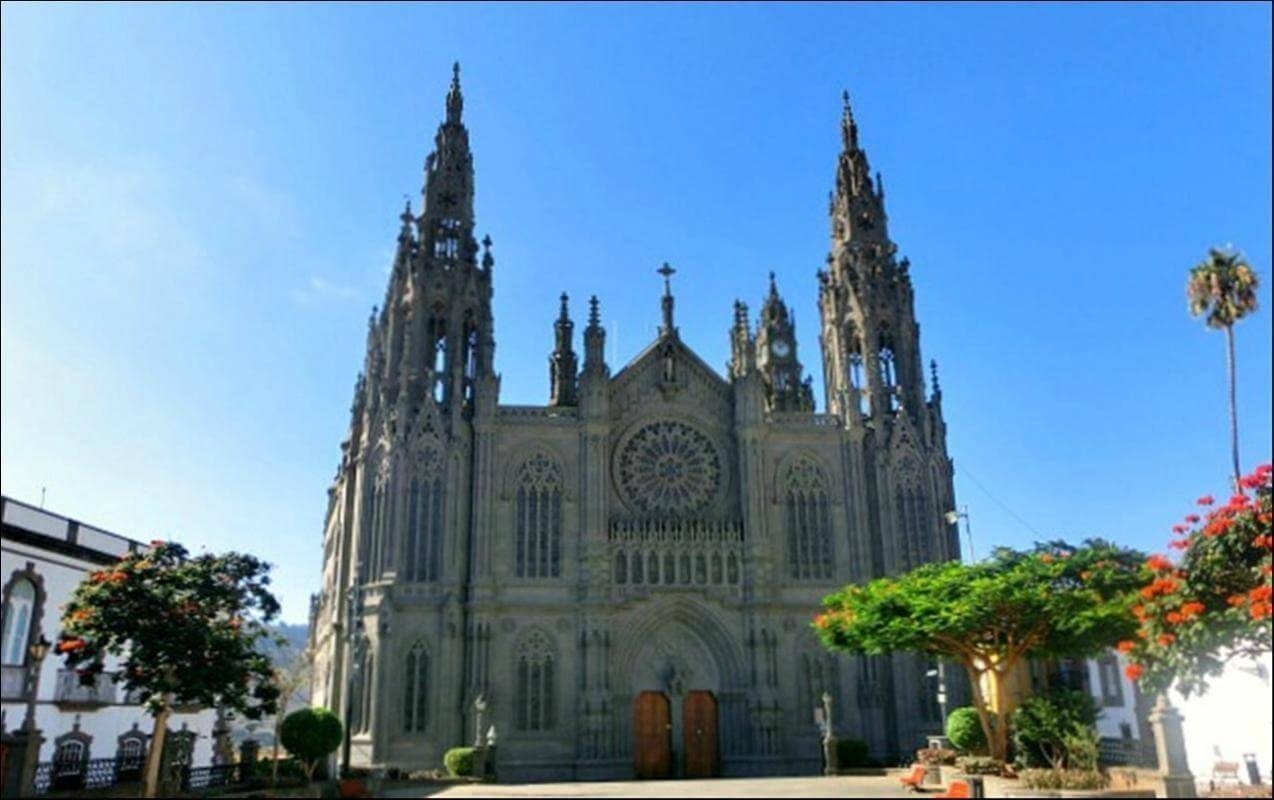 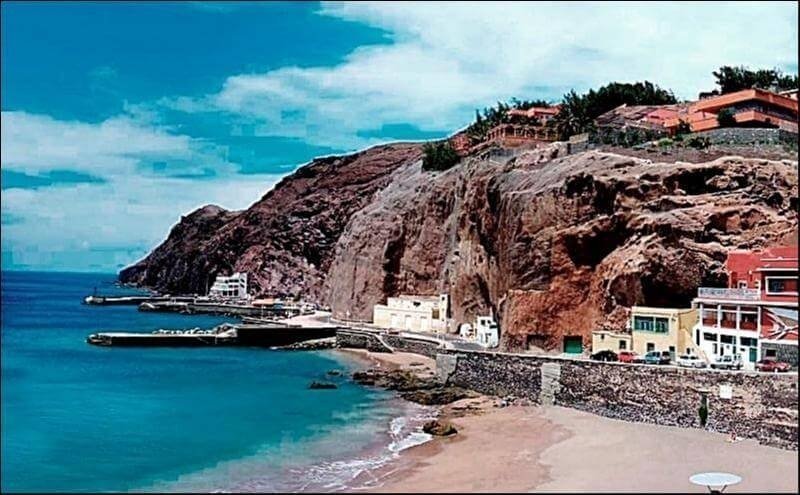 Please, read full description Senses of the North - Bus Private Shore Tour in Gran Canaria for details. We will arrange with you exact Pick-Up Time after the booking is maid and deposit paid. Pick-Up and Drop-Off time will be adjusted to your wishes and your cruise ship arrival and departure times to be back at least an hour before departure.

How much time does the Senses of the North - Bus Private Shore Tour in Gran Canaria take?

You can book Senses of the North - Bus Private Shore Tour in Gran Canaria at least in 2 days. Check availability calendar in "Book Now" form to see currently available dates.

Bus Sightseeing Tours for Private Groups in Tenerife - perfect solution, if your company, travel agency or simply group of travellers wishing to have guided sightseeing tours by comfortable bus with Read more ➤