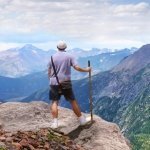 The Teno Mountains is just one of three first volcanic formations that created the Tenerife Island. It lies in the northwestern corner of the island between the towns of Santiago del Teide, Los Silos, El Tanque and Buenavista del Norte. The volcanic massif, arised during the last 5 to 7 million years, is furrowed by deep ravines and finishes suddenly in the sea. From the seaside it forms an area referred as Los Gigantes, the highest cliffs of Atlantic. The villages known as Masca, Teno Alto, Los Carrizales, El Palmar, Las Portelas and also Las Lagunetas maintain the old agricultural traditions of Tenerife and Canary Islands. This is one of a few areas of the island that preserved mass tourism influence. In this story I'm going to show you the best hidden gems of Teno Mauntains I have discovered and it's hard to find information about these hidden gems everywhere else. 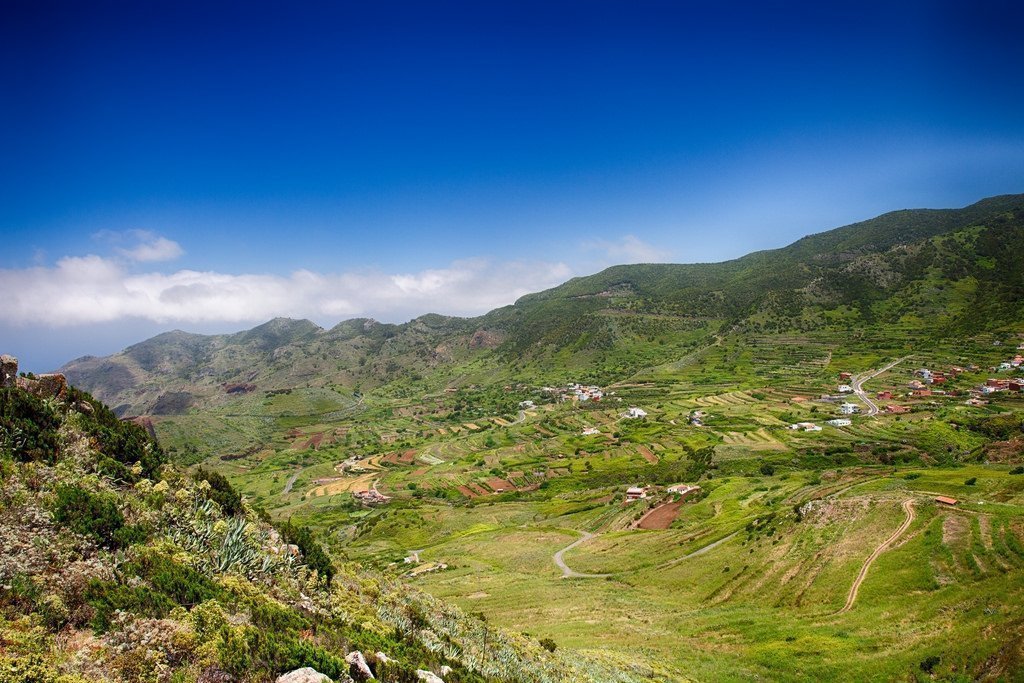 The Teno Rural Park is 8063 hectares its features are basaltic lava flows and also its plant and also floristic diversity that varies extensively with each insular microclimate. The zones known as Monte del Agua as well as Laderas del Baracán are renowned for their forests of laurel regular of the plant life of Macaronesia. Euphorbia balsamifera and Carthamus lanatus, a selection of thistle are plentiful in coastal areas.

The Punta de Teno (on the photo above) is the westernmost point of Tenerife. It is a location renowned for its marine wild-life supplying the best areas for diving. The European Union has designated the Teno Mountains as a special location for the preservation and conservation of the large swarms of pigeons that inhabit the laurel. Ospreys, hawks, kestrels as well as barbary falcons are likewise commonly viewed. Here, in the Teno Mountains there are historical ruins, with the stone piles coming from the old Guanche occupants of the island and one of 13 Guanches Kingdoms was existing here, quite isolated from the others. 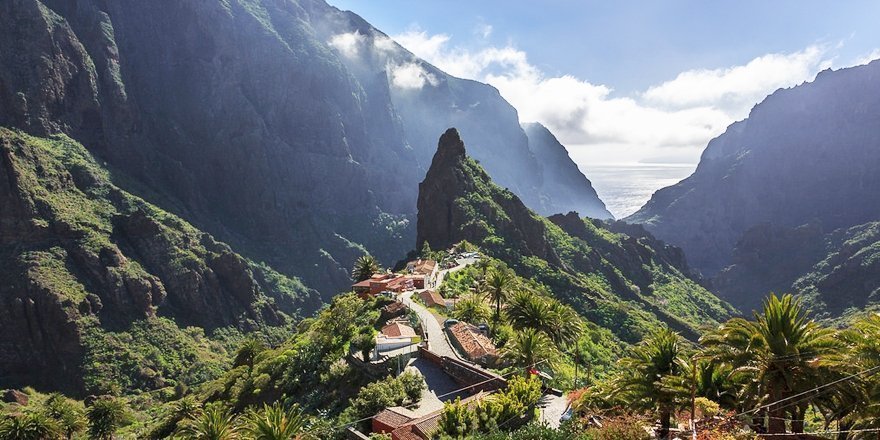 Above, the most known, advertised and visited part of Teno Mountains is the Masca village and this is quite a funny story about this place. The village by itself was found by pirated more than two hundreds years ago. Pirates seems to be a romantic sfaff in the movies only. In fact, Tenerife was really suffering of endless pirate attacks in the past. They were attacking villages and towns around the coastline, robbing what they found and killing literally everybody whom they found, including children, babies and even dogs. They were cruel and they did not want nobody to recognize them later.

Finally, Spain sent troops to Canary Islands with a special mission to make order and finish with the piracy in the archipelago. Some of the pirates run away across the Atlantic to Caribbeans, some were killed and some found a place to hide. This hideaway place was actual Masca village. If come here, you will definetely understand why. The village is surrounded by a few hundred metres high vertical cliffs, so, obviously, soldiers and horses were not able to get there. 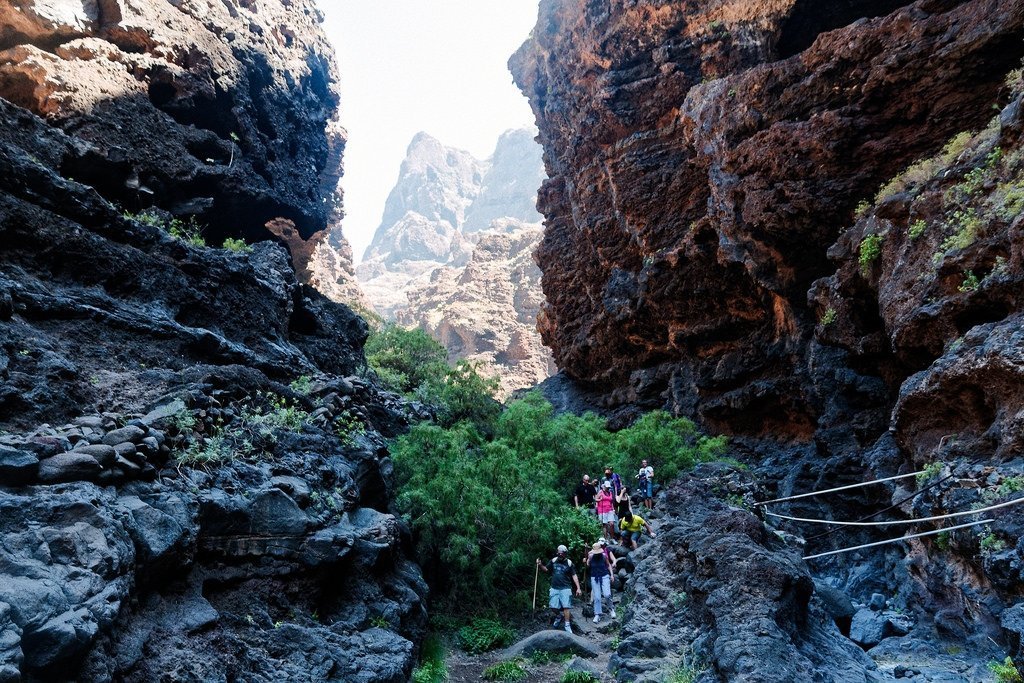 The only way to get to the Masca village was the deep Masca Canyon (Barranco de Masca), on the photo above, and it was very easy to protect its narrow and exposed path. Knowing the pirates are locked in the area nobody even try to attack them - it was simply a kind of prison, absolutely isolated place. 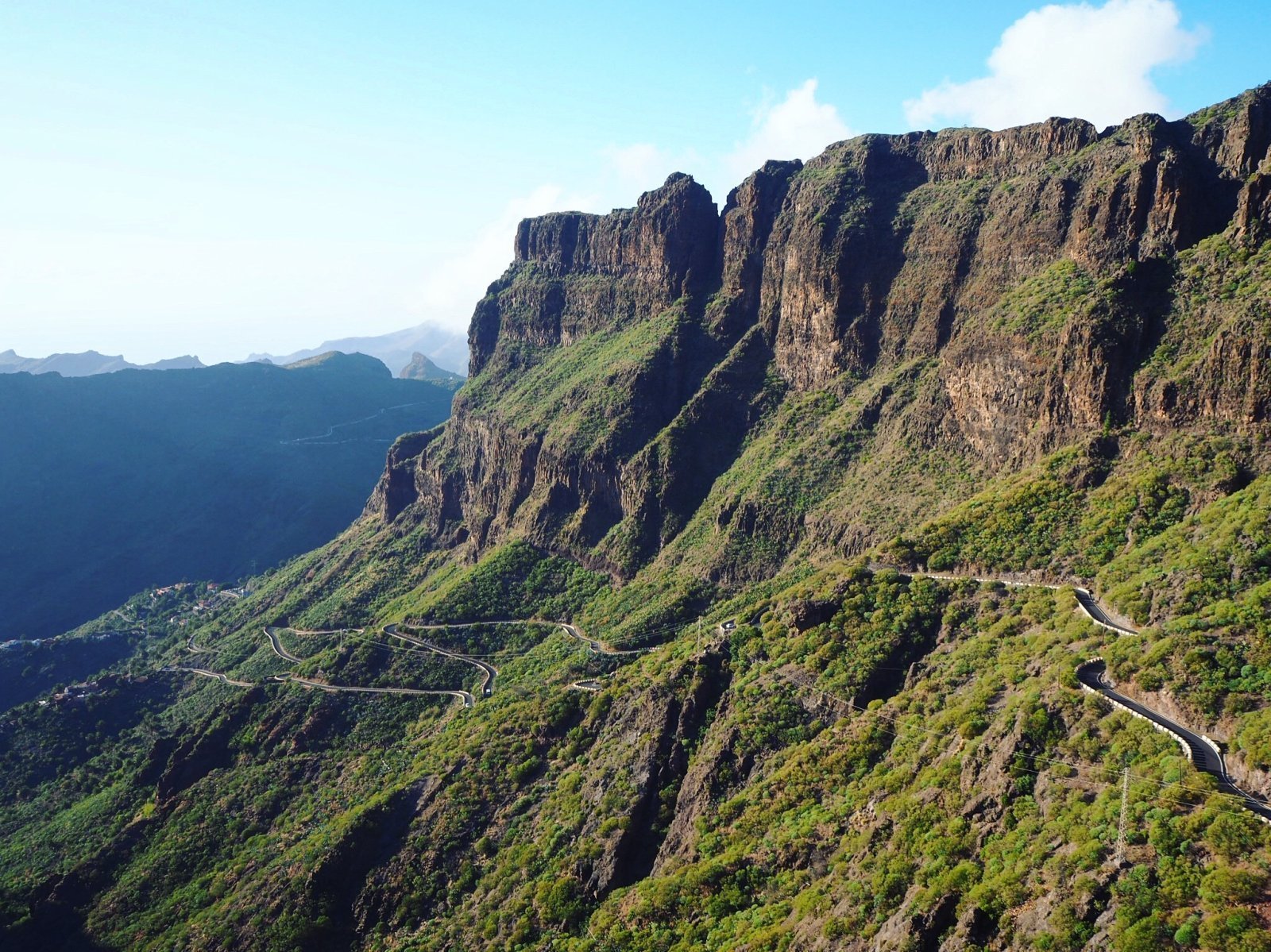 Later the pirates, unable to practice the piracy and with aim to simply survive slowly converted into the farmers. They build terraces and started to plant fruits and vegetables. After years passed, they built another path from the Masca village to the nearest town, Santiago del Teide - the only place where there were able to sell their fruits and vegetables and buy the stuff they need. This path is really incredible and you can easily see it driving from Santiago del Teide to the Masca village on the Masca Road. 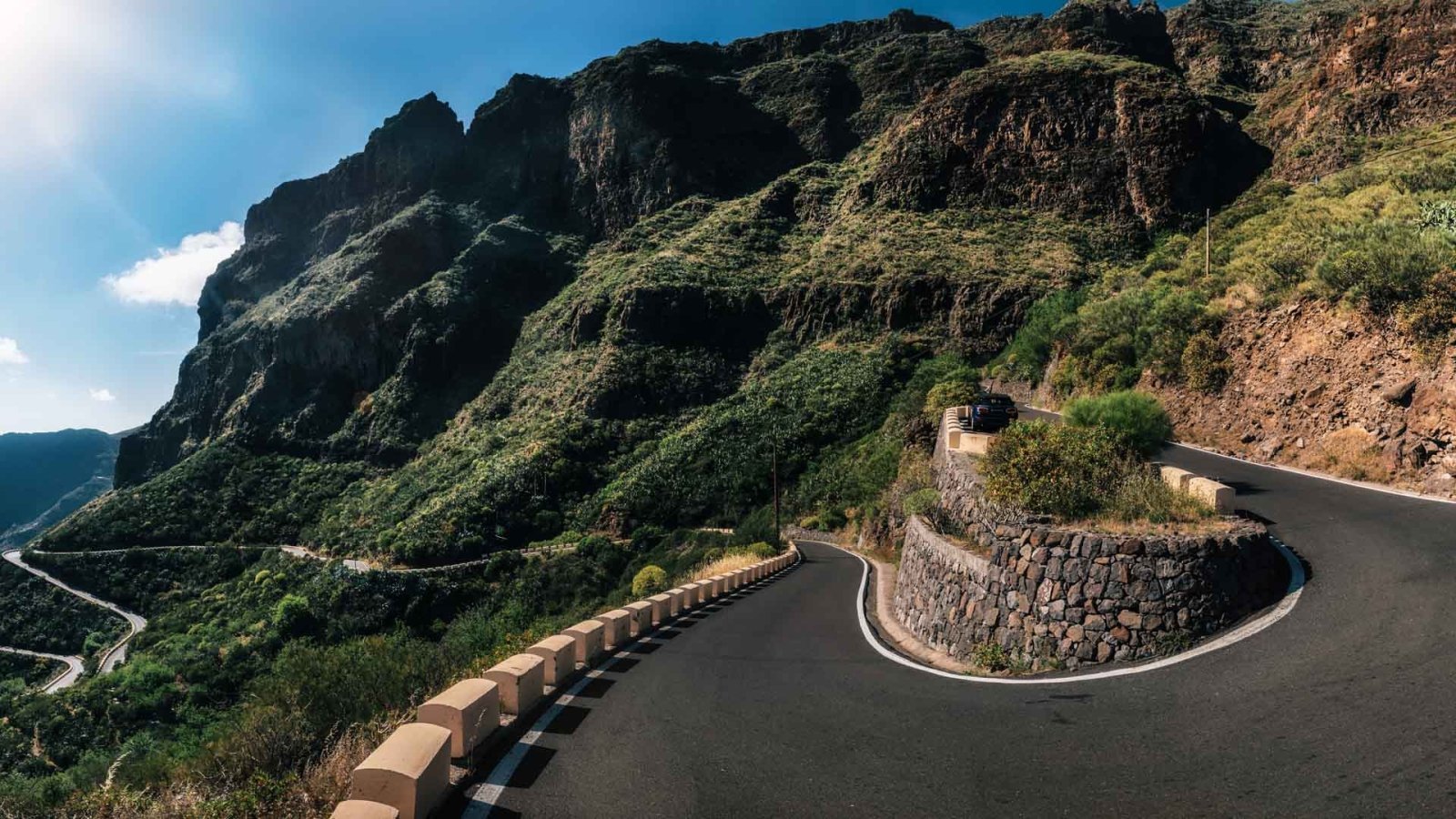 Driving along the Masca road it's an experience by itself - this one of the curviest and most scenic roads in the world with dramatic views. The Masca road was built just about 40 years ago to connect the Masca village with civilisation. The road is very narrow, going on the edges of huge cliffs with a lot of sharpy turn and you can meet a bus on the way. Driving here could be extremely scary experience for a usual driver from a flat country with wide roards.

But not the buses are biggest problem on the road, - the biggest problem are unexperienced drivers with a small rental cars! They drive extremely dangerously, driving on the middle of the road, cutting corners and many other dangerous things. In fact the rule of proper driving on the Masca road is simple, as it is anywhere in the mountains - stick with car to your side of the road and NEVER EVER cut corners! Driving on the middle you maybe feel safer, but in fact you are creating extremely dangerous situations, because you are not alone on the road. If you are not feeling okay driving on this kind of road, will be always better to take a private tour, so you will be able to enjoy the scenery and views instead of be stressed and scared driving the road. 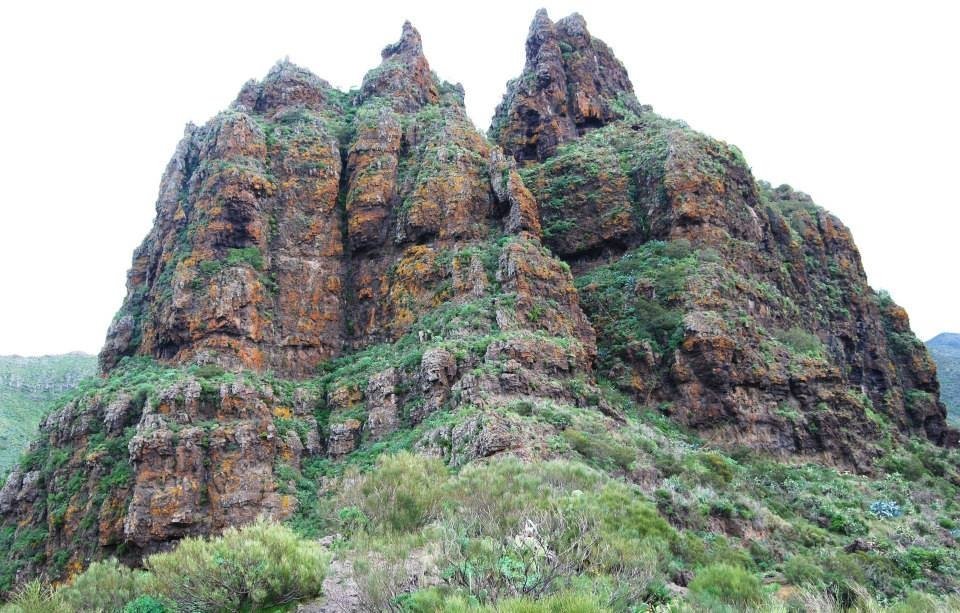 99% of visitors are going only to Masca village, but Teno Mountains offering much more. If you continue driving the Masca road, you can find another small village Los Carizales. Here you can see a hundreds of caves in surrounding cliffs and even a cave houses, where people are still living. 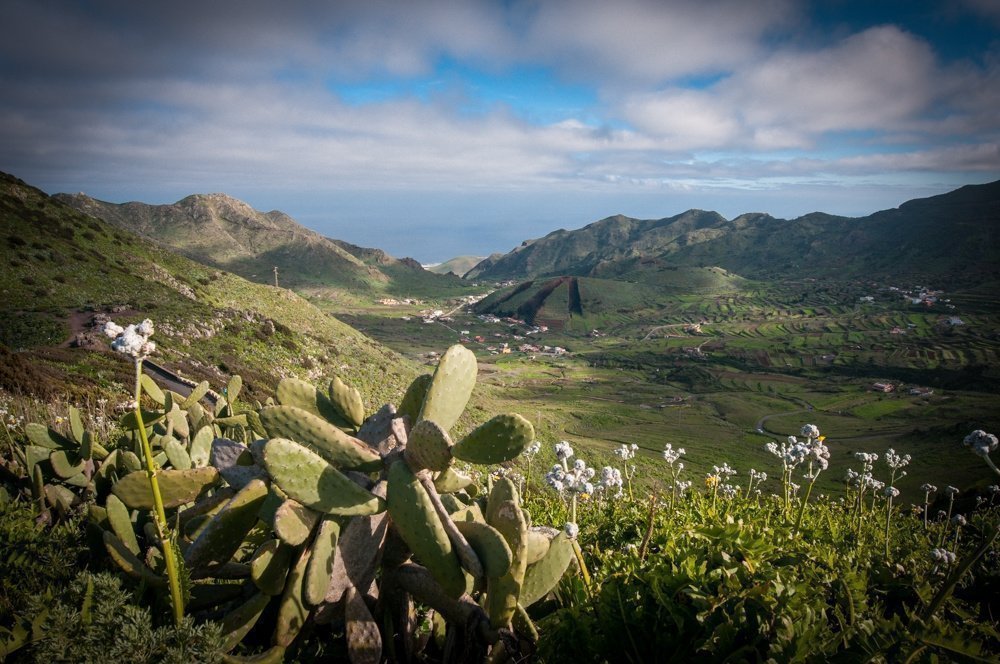 Because there's a border of two different tectonic plates is going through the Teno Mountains and Tenerife generally, so sometimes you can see a really strange geologic formations like walls and rocks in a very unusual shapes like on the photo above. They are formed by enormous pressure of tectonic plates. One of these formations you can see from the top of Teno Mountaings ridge, exactly from the observing point called Mirador Altos de Barasin. Here also a 10 km long trekking path starting that leads you to the Punta de Teno - the westernmost point of Tenerife. From this place you can also observe a beautiful view on a typical agricultural area of Tenerife - on the photo above. 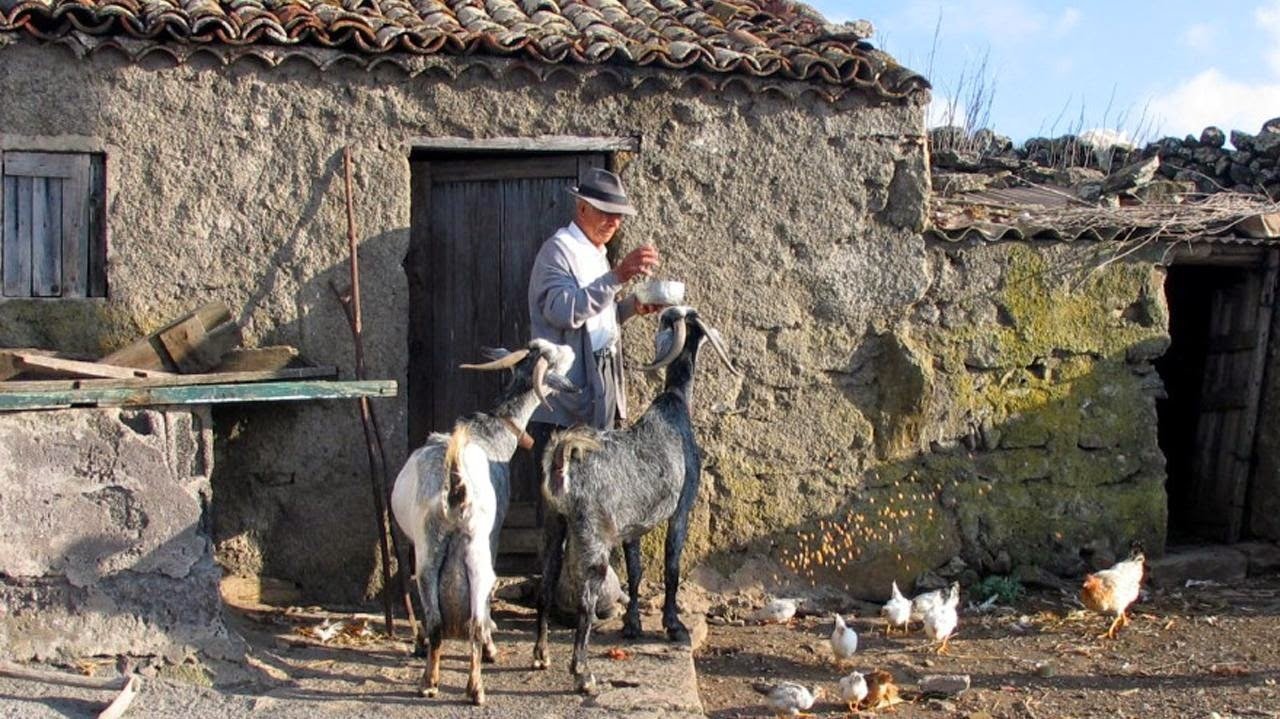 If you walk the path you will reach another hidden gem of Teno Mountains - the Teno Alto village. Here, in this remote village you can have a brake, get a drink and even absolutely organic local got cheese and enjoy the peaceful atmosphere of the village. 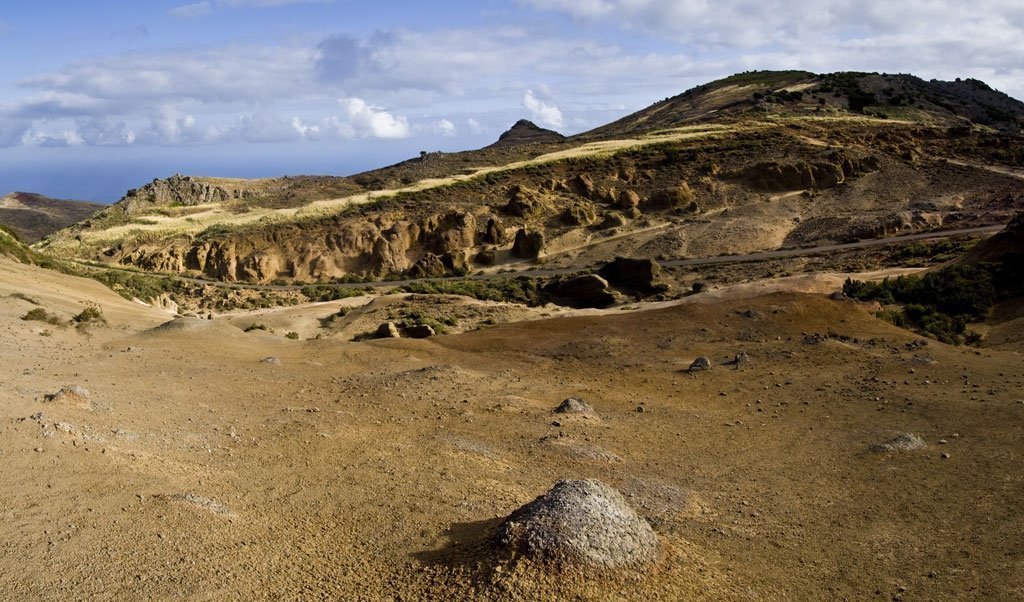 Not so far from the Teno Alto there's another hidden gem - Lunar Landscape (on the photo above), another creature of the nature with a strangly looking rocks. Millions years ago these rocks were forming the sea bottom and with the power of nature it is on a high altitude of almost 800m over the seal level now. 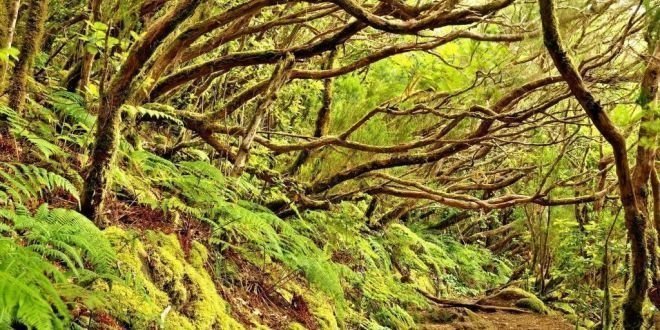 If you take a long walk up through the very narrow road called Carretera Monte del Agua, you can reach the endemic rainforest to fill it's mysterious atmosphere and enjoy incredible views. 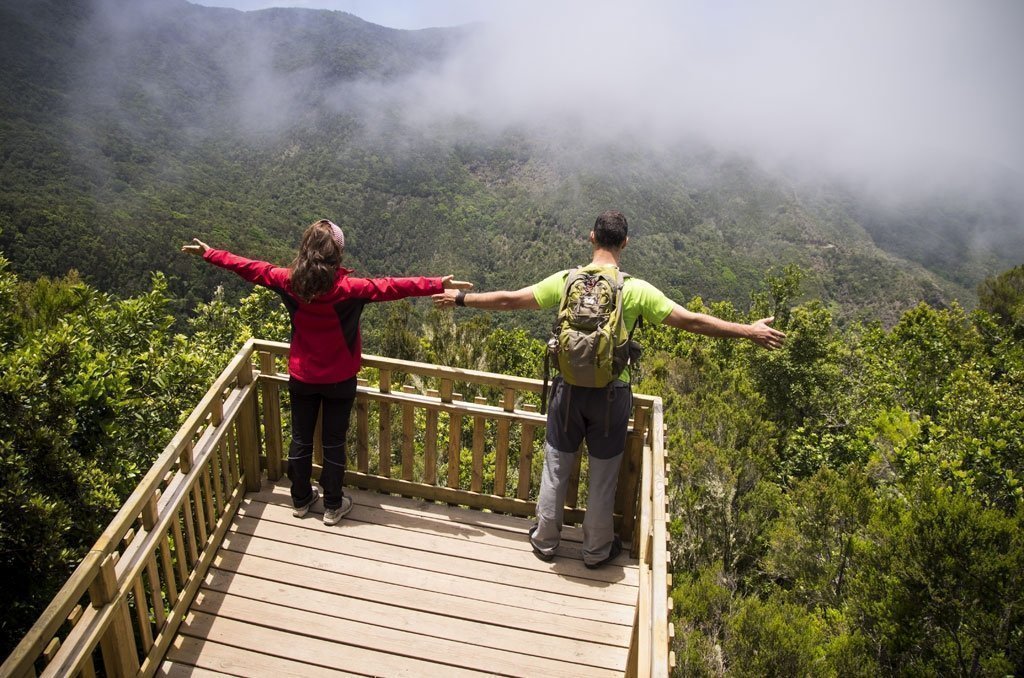 If you travel by car and want to have a lunch, I can highly recommend a nice local restaurant 'Brisas de Teno' located in the San Bernardo village by the main road on the left, if you drive toward Los Silos town. It's family owned restaurant with a beautiful quiet garden in the backyard and there in the garden you can try delicious Canarian dishes like grilled goat cheese, rabbit in garlic sauce, goat meat, seafood, etc. They also do probably the best barracito (a local coffee drink) on the island and prices are just a half of prices on the touristy South of Tenerife.

Teno Mountains is one of the less explored areas by the island visitors and it's impossible to take a cheap tour in a bigger group, because there are no regular tours organized there by tour companies. The only options is to explore Teno Mountains by yourself or take advantage of a private tour with a local tour guide.