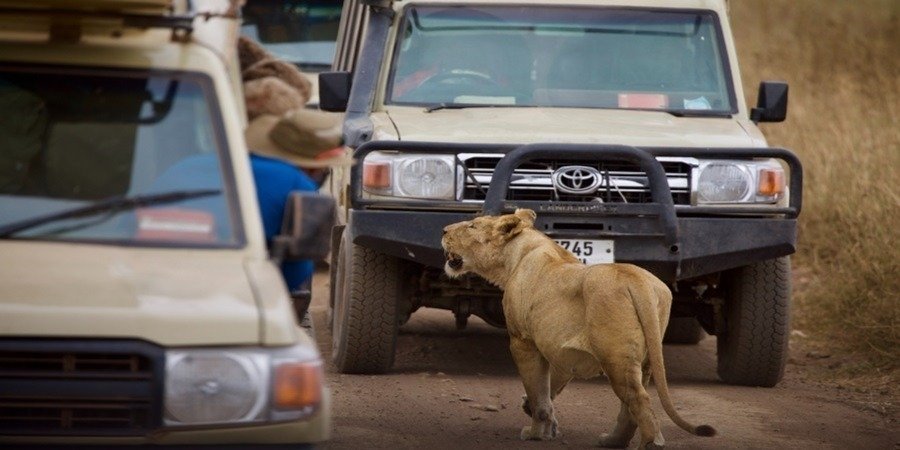 6 Days Tanzania Sharing Safari Package Starting off with Arusha National Park the home to notably different coloured lakes named Momella and the 3km wide Ngurdoto Crater you will proceed to Manyara National Park where you will witness the tree climbing lions and variety birds, 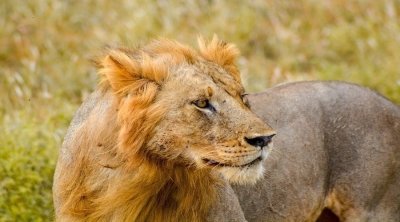 Starting off with Arusha National Park where you will witness great Momella lakes, astonishing variety of birds and black and white colobus monkey, you will proceed to Tarangire which is known for its Savannah plains, the immense herds of elephants amounting to 300 and migratory wildebeest, zebra, buffalo, impala, gazelle, hartebeest and eland crowding the shrinking lagoons of river Tara marks the start of your six days safari expedition. There after you will proceed to Serengeti then Ngorongoro Crater allowing you to see the diverse topography and wildlife that East Africa offers.

Making your way from the rim of the crater to Serengeti through the adventurous roads of the hollowed-out Ngorongoro, while seeing animals, birds, and reptiles along the way. You will come close to the Maasai and Hadzabe culture as you will pass by one of their bomas have a time to see the huts try their garments and experience the culture.

Lastly, you will wind up your safari by visiting Lake Manyara National Park for game drive where you will explore the wild animals including tree climbing lions, hippo, flamingo, great white pelicans and many others 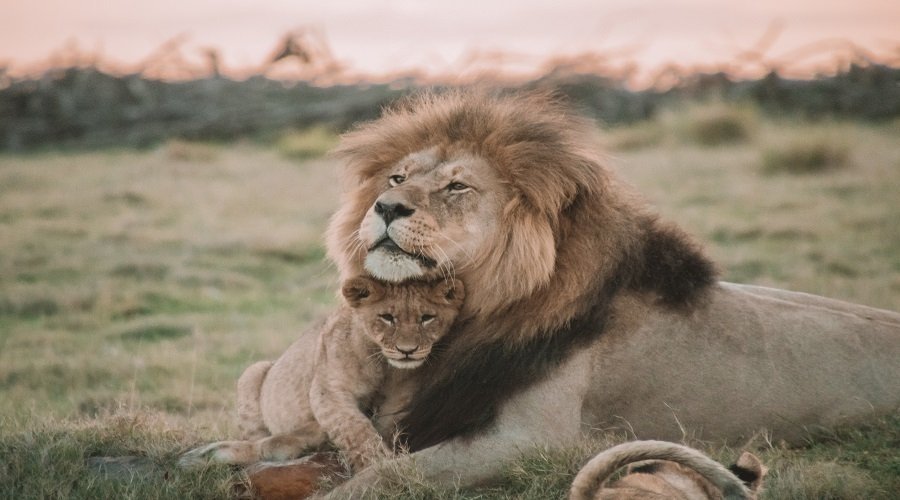 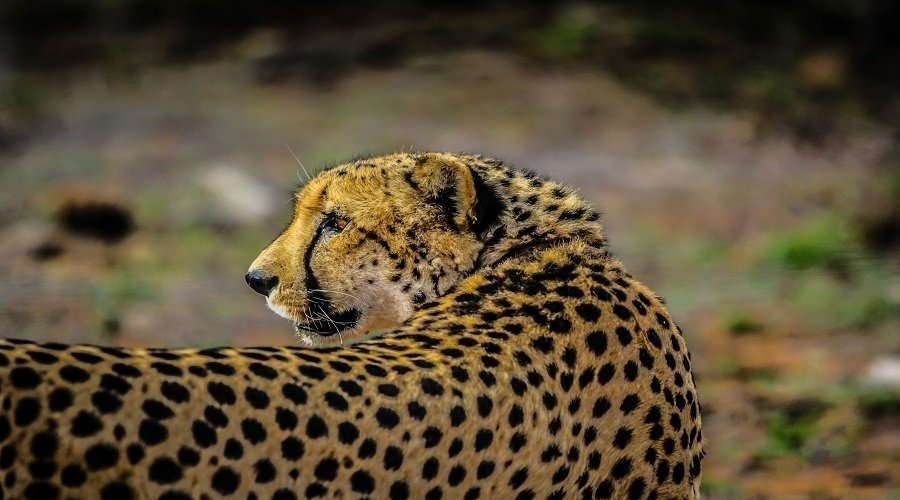 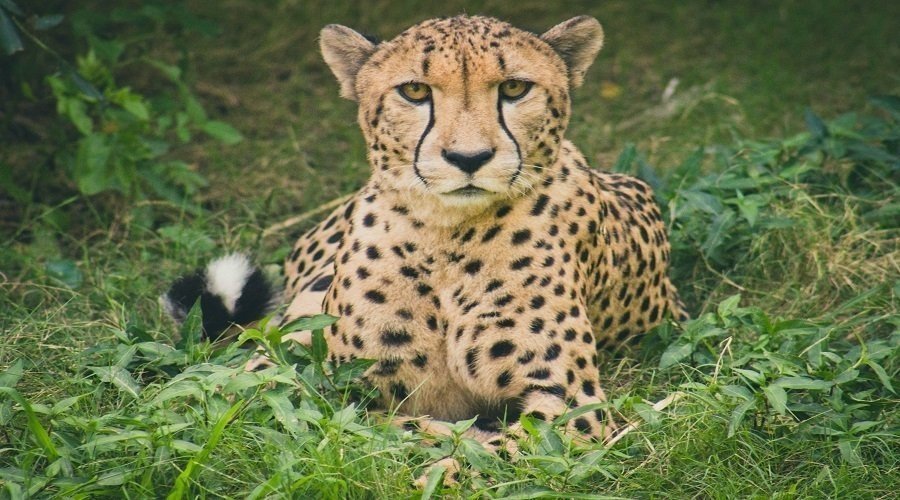 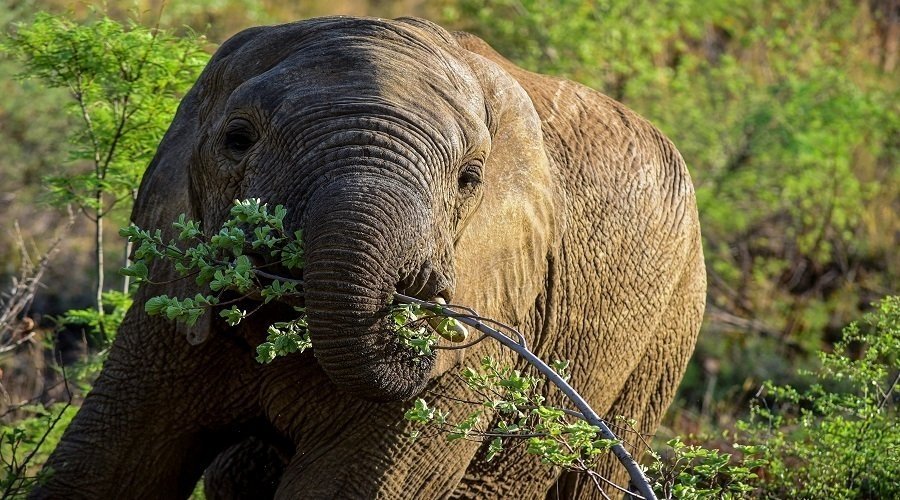 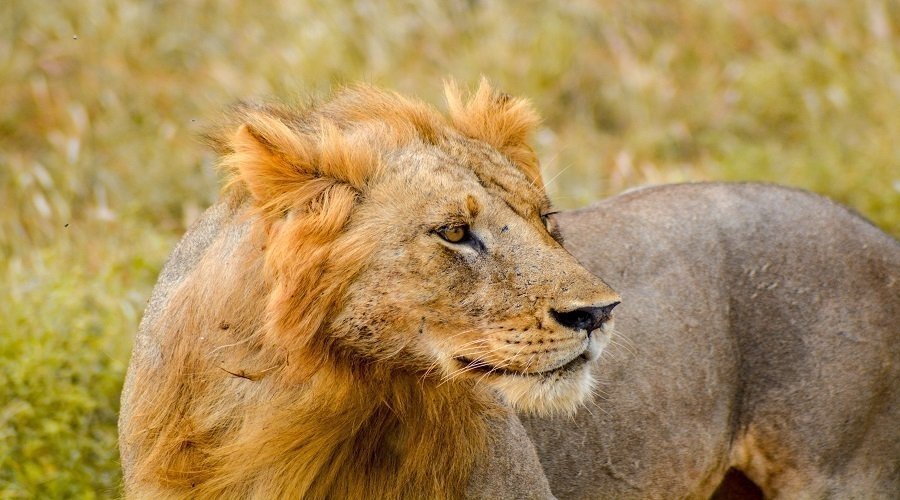 After breakfast, you'll depart from your Arusha or Moshi accommodations and drive to the park. After your entrance to the park you will embark on a game drive through the park. Your drive will pass you past park landmarks such as the Momella Lakes and Ngurdoto Crater - sometimes known as 'Little Ngorongoro'. Also, your Safari Vehicle will go under the Fig tree (Ficus thonningii) whose roots have grown to take the shape of an arch, large enough for a Safari car (elephant size) to pass underneath you may stop get out of the car and take pictures. During lunch you will stop at a picnic site where you will have your lunch there after proceed with the game drive. At around four you will start leaving the National park for Arusha where you will spend the night!

You'll depart from Arusha after breakfast for the drive to Lake Manyara National Park. The journey takes approximately two hours, but we'll pass through the market town of Mto Wa Mbu along the way. This agricultural and fresh produce market is a melting pot of local cultures and a souvenir hunter's paradise. After a brief stop at the village market, you'll enter Lake Manyara National Park. The park is truly a photographer's playground and offers some of the best game viewing in the world. You can expect to see many of Africa's most well-known animals, with the tree-climbing lions a particular treat. These proud predators lounge in acacia trees practically begging to be photographed. Bird-watchers will find Lake Manyara is an absolute delight, with a huge variety of birds on display in the park. Even the novice can expect to be amazed by large flamingo flocks, circling birds of prey, and the brightly coloured lilac breasted roller. You'll then retire to the accommodation near by for dinner and a good night's rest.

After breakfast you will depart for Tarangire National Park. You will arrive at the gate around 10:00a.m After arriving at the park you will proceed on a Game drive. Animals expected to be seen include: Elephants, Dik Dik, Leopards, zebra, giraffe, Lions, ostritch and many more. At lunch time you will stop at a nice picnic site and enjoy an amazing lunch. Thereafter, you will proceed on a game drive. You will start departing from the National park at around four and proceed to Ngorongoro crater rim where you are expected to be at around 17:30hrs where your over-night and dinner will be

After breakfast you will do a game drive in Serengeti National Park With your lunch box following the animal Migration at the Northern Serengeti where the migration will be, you will be able to see wildebeest, zebra, a topi hartebeest, eland, antelope, hyena, varieties of birds singing on the trees also viewing beauty of landscape and nature,After having your lunch You will continue with game view in Serengeti heading to the gate of Serengeti to check out of Serengeti National Park, after there you will proceed with game on route heading to ngorongoro Crater. Dinner and overnight at a Campsite at the rim of the crater

After breakfast, descend into the crater with lunch box enjoying the game drive for more than six hours. The Ngorongoro Crater is one of the most densely crowded African wildlife areas in the world and is home to an estimated 30,000 animals including some of Tanzania’s last remaining black rhino. Supported by a year round water supply and fodder, the crater supports a vast variety of animals, which include herds of wildebeest, zebra, buffalo, eland, warthog, hippo, and giant African elephants. Another big draw card to this picturesque national park is its huge population of predators, which include lions, hyenas, jackals, cheetahs and the ever-elusive leopard crater floor. After a picnic lunch you will have a game drive there after in the late afternoon you will drive back to Arusha Town.

How much time does the 6 Days Tanzania Sharing Safari Package take?