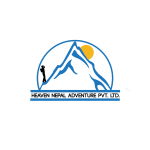 Why To Visit Bhutan During Spring Season?

Why Visit Bhutan During Spring Season the tourism industry is one of the most dominant industries of Bhutan. Bhutan has attracted world travellers for its captivating beauty, peace, and vibrancy. Also, rich in cultural diversity, Bhutan is also known for the famous festival of Tshechu that happens around the year in various places. The temperature is also another factor that draws tourists to the country. However, the climate is quite varied due to the vast latitudinal differences and influence of the monsoons. So, it is a great plan to visit Bhutan in March to June, because it is the time when the spring season is in, the valley is blooming and the weather is just perfect. It’s like Bhutan other times of the year, but better. There are countless reasons to visit Bhutan during spring; here are some… # Gross National Happiness Rather than focusing on production and economic growth, Bhutan is the only country in the world that measures its own Gross National Happiness as an indicator of its prosperity. The four pillars of GNH are the promotion of sustainable development, Bhutan guides promotion and preservation of cultural values, conservation of the natural environment, and establishment of good governance. Imagine for a moment what it is like to travel in a country where citizens’ traditions, values, environment and future are of the utmost importance to its government. Now there’s some food for thought! # Paro Festival There’s really no better way to get under the skin of a place than to experience it during a time of celebration. Paro Festival, one of the biggest in Bhutan. Costumed, masked performers carry out ceremonial Buddhist dances that are considered an honour to witness. You’ll also have the chance to observe the unfurling of the world’s largest religious Thangka scroll, the Paro Thongdrel. # Less travelled the road If there is such a thing as the road less travelled, this is it! You are embarking on a journey only a handful of tourists have made. Visitors were only allowed in the Ha Valley in 2004 and very few have been to Dorikha, the village where you will be experiencing a local homestay. The Drop people of Dorikha are among the last traditional nomads in the country; most families will have just arrived back from their migration from their winter village. You will not be on the tourist circuit sleeping in hotels but rather eating and living in a local way. During this time you will forget your belief of true Bhutanese culture and life. # Sights like these. . . Tigers Nest Bhutan Bhutan Punakha Bhutan Jakar- Cultural Trek Bhutan buddha # Amazing Treks: Laya Gasa Trek: Laya Gasa Trek is one of the longest yet finest treks in Bhutan. It is a moderate trek meandering alongside the border of Tibet. Chomolhari Trek: Chomolhari Trek is one of the best trekking packages to visit some amazing places of Bhutan. The trek comprises trekking through adventurous offbeat paths and the view of some amazing snow-capped mountains. Druk Path Trek: Druk Path Trek is a popular short trek to the paths of beautiful Bhutan. The 7 days long Druk path trek takes you to the green forests, high mountains, monasteries, temples, and so on of Bhutan that is probably unique and will help you garner awesome experience. Bhutan, a small landlocked nation surrounded by India and China lies in the lap of Himalayas.

send me a message