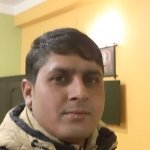 EBC Gokyo Cho-La Pass Trek is another wonderful trekking experience in the Everest region where you can not only get the glimpses of Everest and other towering mountain peaks but also get the chance to witness some of the major and popular passes in the Everest Region. During the course of EBC Gokyo Cho-La Pass Trek, you will come across passes like Renjo-La Pass, Cho-La Pass, etc. The paths often follow steep ups and downs with a ridge of sand. Visitors will cross icy stream, and walk through the spectacular rock, meet several yaks and Twin Lakes Kharkas Renjo. The view that you will see from the top is amazing along with the standing peaks from 7000 to 8000 meters. The excursion to Gokyo Peak usually begins early in the morning. The climb is quite steep for the first 30 minutes, which will take an hour to get to the top with the traditional prayer flags. From west to east you will see the mountain peaks like Cho (8153 m), Gyachung Kang (7922 m), Everest (8,848 m), Lhotse (8,501 m) and Makalu. In addition, visitors can enjoy the magnificent views of the Gokyo Lake and the surrounding ambience.
The best seasons for the trek are February, March, April, May, June, September, October, and November. However, July and August are supposed to be the best one from hiking perspective but sometimes it may not be so clearly visibility due to rain. It is a moderate trek and you can use tea house for the accommodation. The minimum altitude is 2840m and its maximum altitude is 3950m.