WSHMO6 - 4-Day Crème De La Crème of Tsavo, Amboseli & Taita Hills Game - This safari covers the coastal circuits of Kenya of prime parks and top lodges. These are Tsavo East, Amboseli at the base of Kilimanjaro and Taita Hills Game Sanctuary

This safari takes you to Tsavo East Amboseli National Park & the private game sanctuary of Taita Hills. Roam through the breathtaking plains of Tsavo, Taita and Amboseli. Sighting the iconic African wildlife including the Big Five up close from a private jeep, customized for ideal game viewing. Not to be missed is the sight of the tallest lone standing mountain in the planet, Mount Kilimanjaro at 5895 Meters above sea level towering over Amboseli. A visit to the Maasai Village in Amboseli is a good consideration.

About Tsavo East - Theatre of the Wild” - The sight of dust-red elephant wallowing, rolling and spraying each other with the midnight blue waters of palm-shaded Galana River is one of the most evocative images in Africa. This, along with the 300 kilometer long Yatta Plateau, the longest lava flow in the world, make for an adventure unlike any other in the Tsavo East. The park forms the largest protected area in Kenya and is home to most of the larger mammals, vast herds of dust –red elephant, Rhino, buffalo, lion, leopard, pods, hippo, crocodile, waterbucks, lesser Kudu, gerenuk and the prolific bird life features 500 recorded species.

After breakfast, depart for Amboseli National Park. Situated at the foot of the majestic Mount Kilimanjaro, this park is home to a wealth of wildlife but is particularly known for its Herds of elephants. Arrive in time for Amboseli Serena. Afternoon game drive in the Park. Dinner and Overnight: Amboseli Serena Lodge

About Amboseli - “Home of the African Elephant” – Crowned by Mount Kilimanjaro, Africa’s highest peak, the Amboseli National Parks is one of Kenya’s most popular parks. The name “Amboseli” comes from a Maasai word meaning “salty dust”, and it is one of the best places in Africa to view large herds of elephants up close. Nature lovers can explore five different habitats here ranging from the dried-up bed of Lake Amboseli, wetlands with sulphur springs, the savannah and woodlands.

The Taita Hills Wildlife Conservancy derives its name from the surrounding clusters of hills and is an integral part of the Eastern Arc forests classified as an biodiversity hotspot. The conservancy covers an area of 28,000 acres of mosaic habitat where the plant physiognomy is riverine forest, savanna wood and grassland. The vegetation formation is usually dense, stratified and always dominated by Acacia /Commiphora trees and may appear to be evergreen in wet areas such as in the central lowlands of the sanctuary.

A cup of tea or coffee is served early in the morning at the lodge before setting out on an early morning game drive. Return for breakfast at the lodge and eventually you depart to your beach hotel or continue with our holiday arrangement. 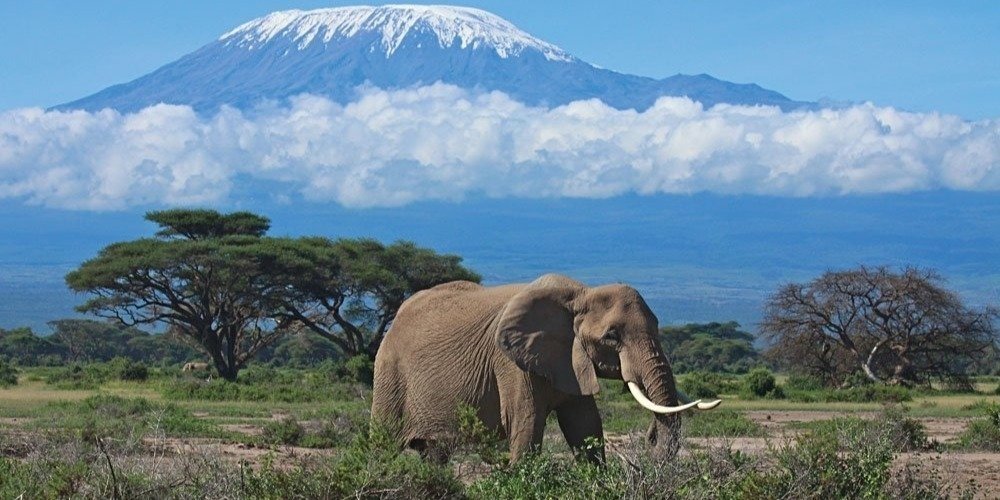 Day 4: Return to Mombasa after breakfast and an enroute game drive

An action packed Kenya Wildlife Adventure Safari is all inclusive tour package, staring from Nairobi city with a stop over at the view point en route to the Lake Nakuru National Park to Naivasha and ending with The Read more ➤

Along the Kenya Luxury Safari you will experience this amazing adventure where you will be taken round the best National Game reserves and parks in Kenya by one of our experienced guides. You will be amazed by all kinds Read more ➤

Best African Safari for Families in Kenya is the best available option amongst all. We will take you to Masai Mara which is listed in wonders of the world and is the preferred destination in the world for every type of Read more ➤

Nine days African Family Safaris in Kenya is devised to experience the beauty of nature with the family in Kenya. Explore Kenya’s most wild and pristine life on this journey. Habitat in Kenya as unique as can be e Read more ➤

Our 14-Days All-Inclusive Kenya Family Vacation Package is designed to provide the opportunity to the families expecting an off-the-road game drive and outing in a natural wildlife landscape. The package offers some of Read more ➤

Nine days Luxury Holiday Kenya Package is designed for families who intend to make a lot of memories on vacation and looking for an easy and comfortable tour plan. On this tour, you will absolutely enjoy the serene, Read more ➤

Budget Safari Kenya is the 7-Day Adventure Camping Safari that will provide a unique chance to see the Kenyan wilderness under the low budget. It is the best plan that one could have in a low budget for seven days. Tour Read more ➤

Eight days Lake Turkana Safari is a tour plan to explore Northern Kenya. One will not have to afford the regressive traveling schedule via the Chalbi Desert. We will take you on a comfortable journey for wildlife game Read more ➤

At this six-day Kenya Camping Safari, we will bring you the memories by getting you to Lake Nakuru, Masai Mara Game reserve and the Amboseli National Park. Visiting Kenya’s best places is undoubtedly the finest thing t Read more ➤