The popular tour of the Golden Triangle India includes the connectivity of the capital Delhi, Jaipur and Agra. It derives its name because of the triangle shape formed by the three locations connecting, at a distance of 200 km from one to another.

The popular tour of the Golden Triangle India includes the connectivity of the capital Delhi, Jaipur and Agra. It derives its name because of the triangle shape formed by the three locations connecting, at a distance of 200 km from one to another. Golden Triangle India tour lets tourists explore the amazing world of diverse culture of India. India is a magical country and here a trip to the three well-connected cities which form a triangle will simply be superb. Golden Triangle India tour comprises of visiting three metropolitan cities including New Delhi, Agra and Jaipur. These three cities have something or the other to explore for people of all age groups and this tour is best for first time visitors to India. If one needs to cover major historical highlights, then Golden Triangle Tour Package is ideal! 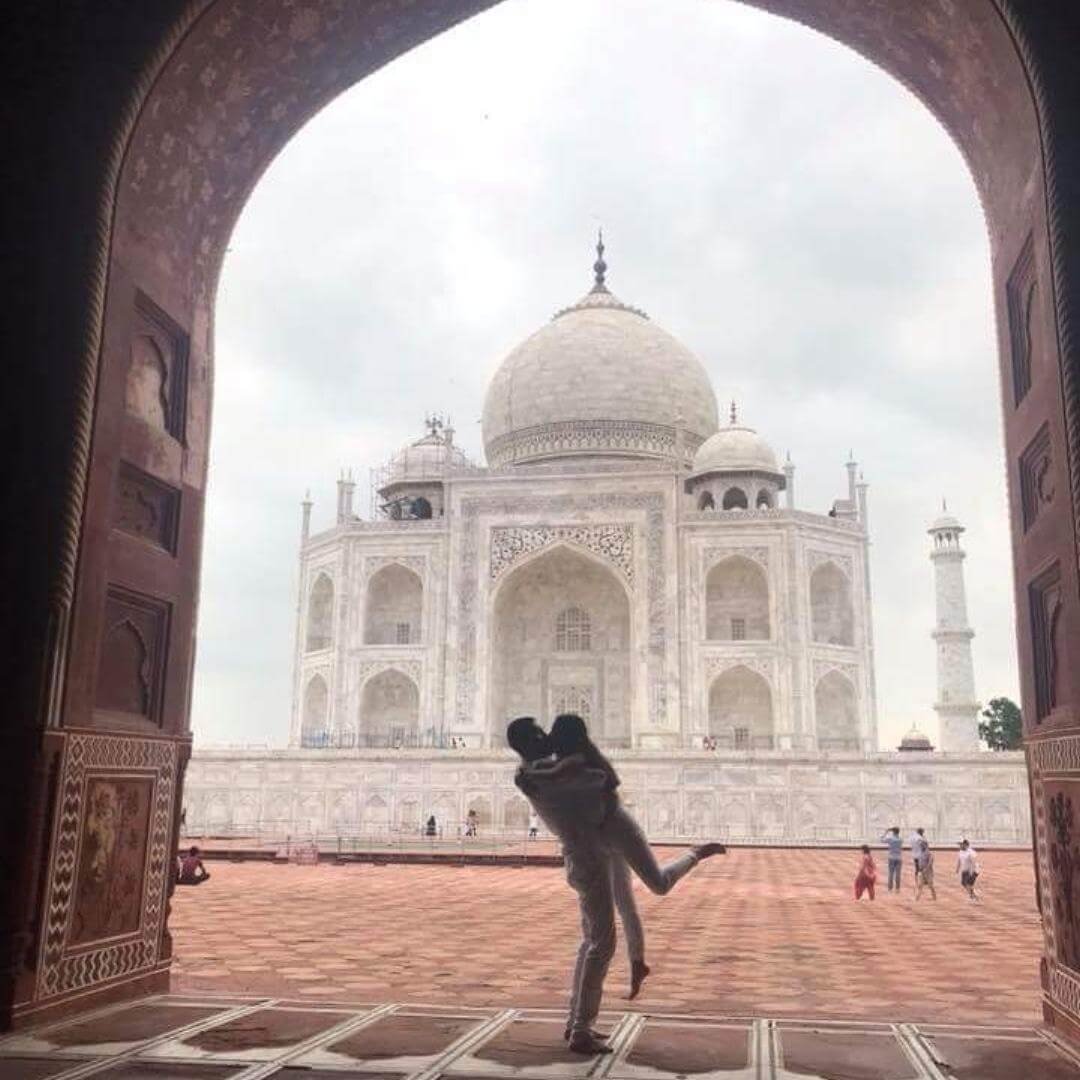 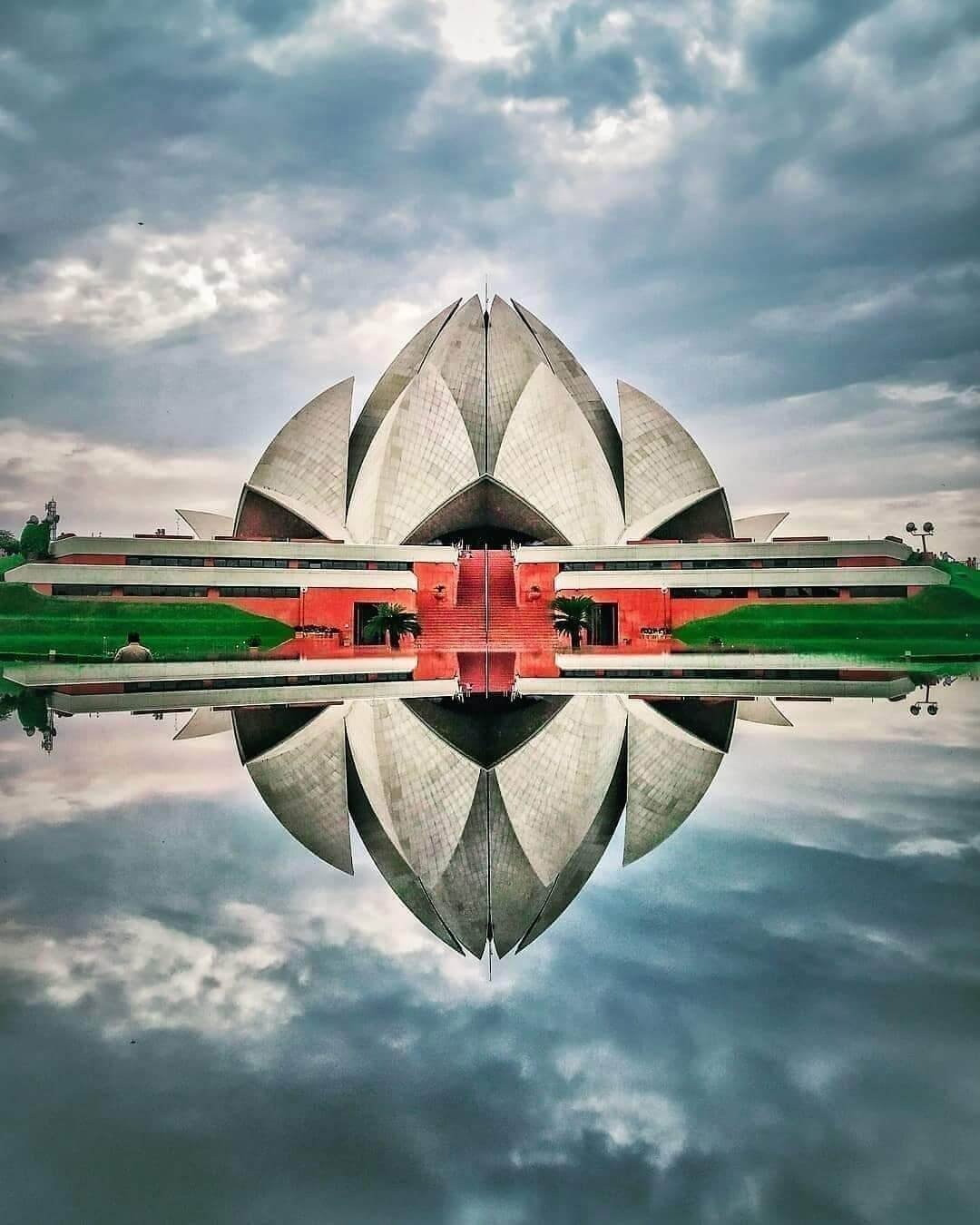 On arrival at Delhi airport, you will be transferred to your pre-booked hotel. Check-in to the hotel and spend the rest of the day at leisure. Overnight at the hotel.

Your morning tour starts with Old Delhi, built by the Mughal emperor Shah Jahan in 1639 AD. You will visit the Raj Ghat where the father of our nation Mahatma Gandhi was cremated. You will be visiting the museum that was built to commemorate him. You will be driven past the iconic Red Fort and Chandni Chowk, a very popular and a busy market in Old Delhi to the next stop - Jama Masjid, one of the iconic, historic and largest mosques in India - built by Shah Jahan. A rickshaw ride (based on availability) in Chandni Chowk could be quite interesting as this part of the city is quite crowded as it is full of shops.

In the afternoon, you will visit Gurudwara Bangla Sahib,is one of the most prominent Sikh gurdwara, or Sikh house of worship, in Delhi. our next stop is India Gate, built in memory of the Unknown Soldiers. You will be driven past the Parliament House, President's House and other Government Secretarial Buildings. Later, you will visit Qutub Minar, touted as India's largest Minaret. Qutub Minar, a UNESCO World Heritage Site, was built in 1192 by Turk ruler Qutub-Ud-Din Aibak. Overnight in Delhi.

After breakfast check-out from the hotel and leave for Agra, the former capital of India is a city on the banks of the river Yamuna. Agra is a major tourist destination of India and a part of the Golden Triangle India Travel along with Delhi and Jaipur. Agra also known as Akbarabad went through its peak during the time of Mughals and was the capital of under the Mughal rulers Akbar, Jahangir and Shahjehan. On arrival in Agra, check-in to the hotel.

Meet with the tour guide and proceed to the magnificent monument Taj Mahal, one of the wonders of the world. This beautiful building is elegantly built with white marble by the Mughal Emperor Shah Jahan between the years 1631 to 1648 and it was built in the memory of his favorite beloved Queen Mumtaz Mahal. Standing majestically on banks of Yamuna River, this breathtaking, immensely beautiful monument is a synonymous to romance and love. TAJ MAHAL IS CLOSED ON FRIDAYS. Your next stop Agra Fort is a UNESCO World Heritage Site and known for its architectural structure and was built in the 16th century during the Mughal Empire. This place comprises of several fairy-tale palaces like Khas Mahal and Jahangir Palace. Over here you will also get a chance to see Diwan-e-Aam and Diwan-e-Khas, which are also known as private audience hall and public audience hall. Afternoon can be spent visiting more places of interest or shopping. Agra is famous for inlaid marble work and handicrafts made of marble, wood and metal. Cooking demonstration alongwith Dinner at Agra. Dinner included and Overnight in Agra.

This morning, you will be transferred from Agra to Jaipur enroute visiting Fatehpur Sikri, built in the 16th century by Emperor Akbar. Fatehpur Sikri holds exceptional testimony to Mughal civilization and is one of well-known UNESCO World heritage site of India and has various historical monuments. Later you will be driven to Jaipur. Jaipur, also known as the pink city is the capital of Rajasthan. Many captivating palaces are present here having breathtaking design and architecture. In the 18th century Prince of Wales had visited Jaipur and the entire city was painted in pink color and due to these pink buildings the city is known as the pink city. Origin of Jaipur is 260 years back. It was built by Maharaja Jai Singh and Jaipur got its name from this king. Overnight in Jaipur.

The morning journey starts from Amer fort also known as Amer Palace, the earlier capital of Jaipur. This magnificent fort was constructed in red sand-stone and marble by Raja Man Singh and is divided into four sections each with a courtyard. The main entrance gate is Surajpol having a fascinating architecture. Near the Ganesh Gate, there is a temple dedicated to the Goddess Sila Devi. The Diwan-e-Aam - hall of public audience, Diwan-e-Khas - hall of private audience, Sheesh Mahal - palace of mirrors and Sukh Niwas are quite beautiful. At the Sukh Niwas, a pleasant climate is created by winds that blow over a water cascade. You could ascend the fort by walking up the steps or on an elephant's back or in jeep. In Jaipur you will be taken to Maharaja City Palace, a royal palace with seven storeys as well as Jantar Mantar, the observatory. This wonderful observatory attracts mathematicians as well as astronomers from the whole world. City palace is perfect blend of all three excellent styles (Mughal, Rajput and European). Another palace, Hawa Mahal is popular all over world for its magnificent architecture. A tour of Jaipur is not complete without shopping. Jaipur is famous for clothes, carpets, precious and semi-precious stones and jewelry and various handicrafts made of wood, metal, etc. and also for silk paintings and miniatures. Explore the different places famous for these stuffs and shop yourself the best products of the world. Overnight in Jaipur.

How much time does the GOLDEN TRIANGLE TOUR take?

Probably, no other theme tour besides Golden Triangle Tour can provide you with a full-fledged glimpse of India’s royal and cultural heritage in such a short span. The journey covers three most popular tourist d Read more ➤

Amazing Golden Triangle Tour with Mandawa is a must do - a visit to India cannot be complete without the Golden Triangle tour of Agra, Jaipur and Delhi. The grandeur of Taj, the Old Delhi City charm and the ethnic and Read more ➤

The Delhi to Badrinath Dham - 6 Days Private Tour takes you one of the holiest places, that stands at a height of 3133mts and is on the banks of the holy river Alaknanda. It is bounded by some beautiful Himalayan peaks Read more ➤

The Majestic Kashmir Tour Package takes you to explore amazing Kashmir in 6 days. Kashmir is the place, where you can witness the flawless art of nature, heavenly beauty spread everywhere. The beautiful lakes, snow Read more ➤

The Golden Triangle India Tour which includes three historical cities named Delhi, Jaipur, and Agra is the most attractive destination in South Asia. And those who have the love for history and religion must plan a tour Read more ➤

Benefit from personalized attention on this 4-day private tour of the Golden Triangle. Visit the top attractions of Jaipur, Agra, and Delhi at your own pace, focusing on things that interest you and your private group. Read more ➤

Maharashtra is a beautiful state with a unique culture and heritage. This tour will let you explore some very nice spots that are very famous. You will be amazed by the natural beauty of Lonavala, Khandala. Visit Sundar Read more ➤

A characteristic feature of Aurangabad is the historic gates, built during the period of Aurangzeb, which gives the town its sobriquet – ‘The City of Gates’. Boasting multifarious ancient monuments including the world Read more ➤

Mumbai and Goa are wonderful places to plan a holiday while enjoying tropical weather. Mumbai is the most developed cities in India on the other hand Goa is popularly known as ‘city of beaches’. These two popular des Read more ➤